The music video for Peter Gabriel's "Sledgehammer" was the very moment as a small child that I found my creative side peak. The awesome stop motion animation that illustrated the goofy song left me flabberghasted and wondering how anyone could create something so awesome.

Last year I was able to catch Peter on the North American leg of his Back to Front Tour in which he plays the entire album "So" in honor of it's 25th anniversary which features the song, "Sledgehammer." So I thought there is no better inspiration than to chose the artist that sparked the love of creation as my subject for my poster.

If you haven't ever seen the music video for "Sledgehammer" I do recommend going to watch it here. Can't deny the magic behind this materpiece, you know when music videos were works of art instead of an artist singing in a dank warehouse with backup dancers. You know like the old MTV used to play! :) 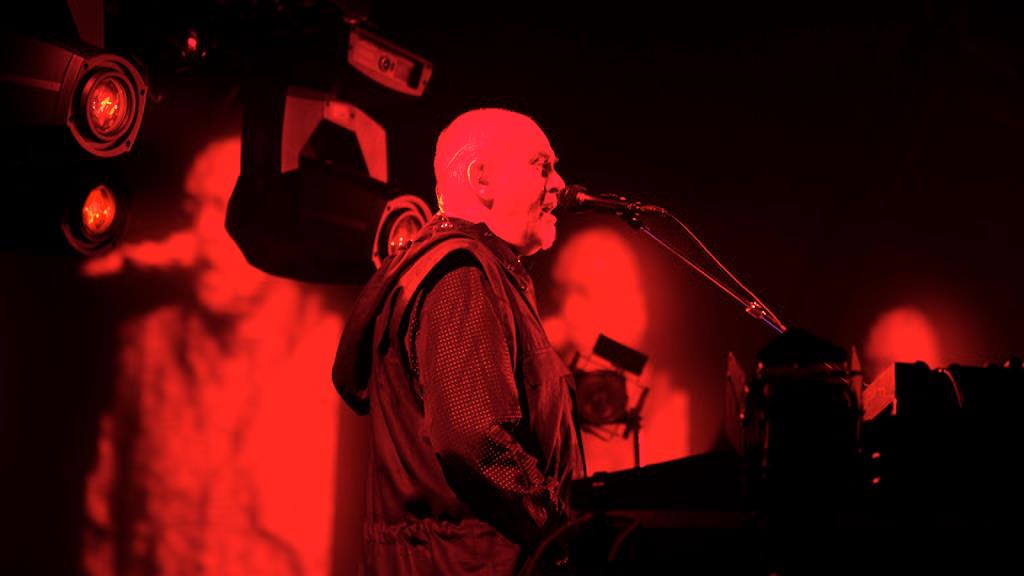 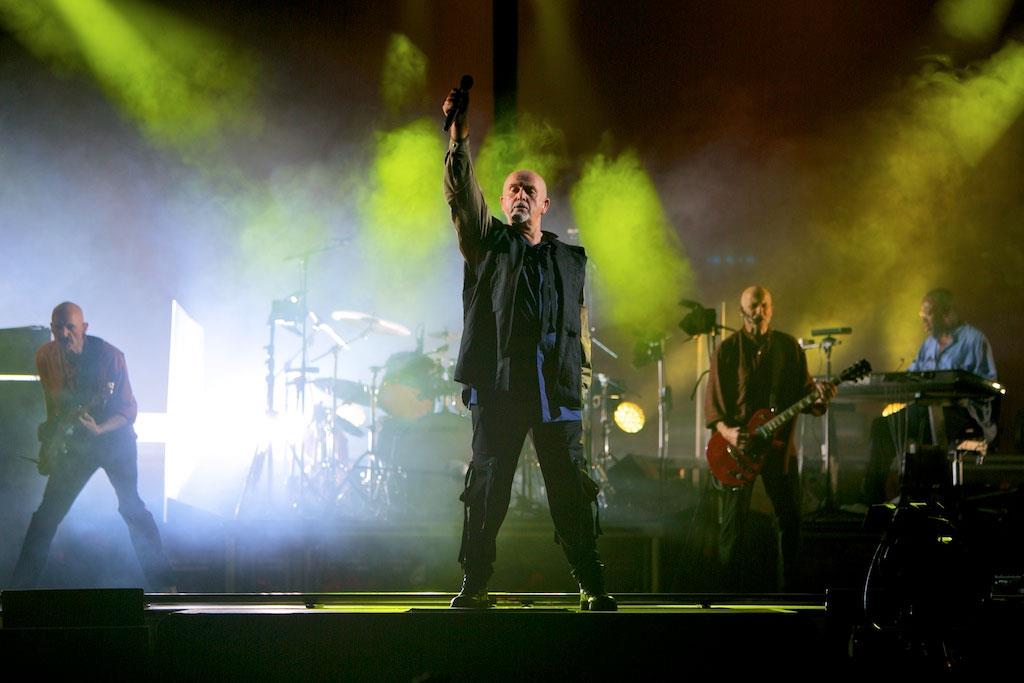 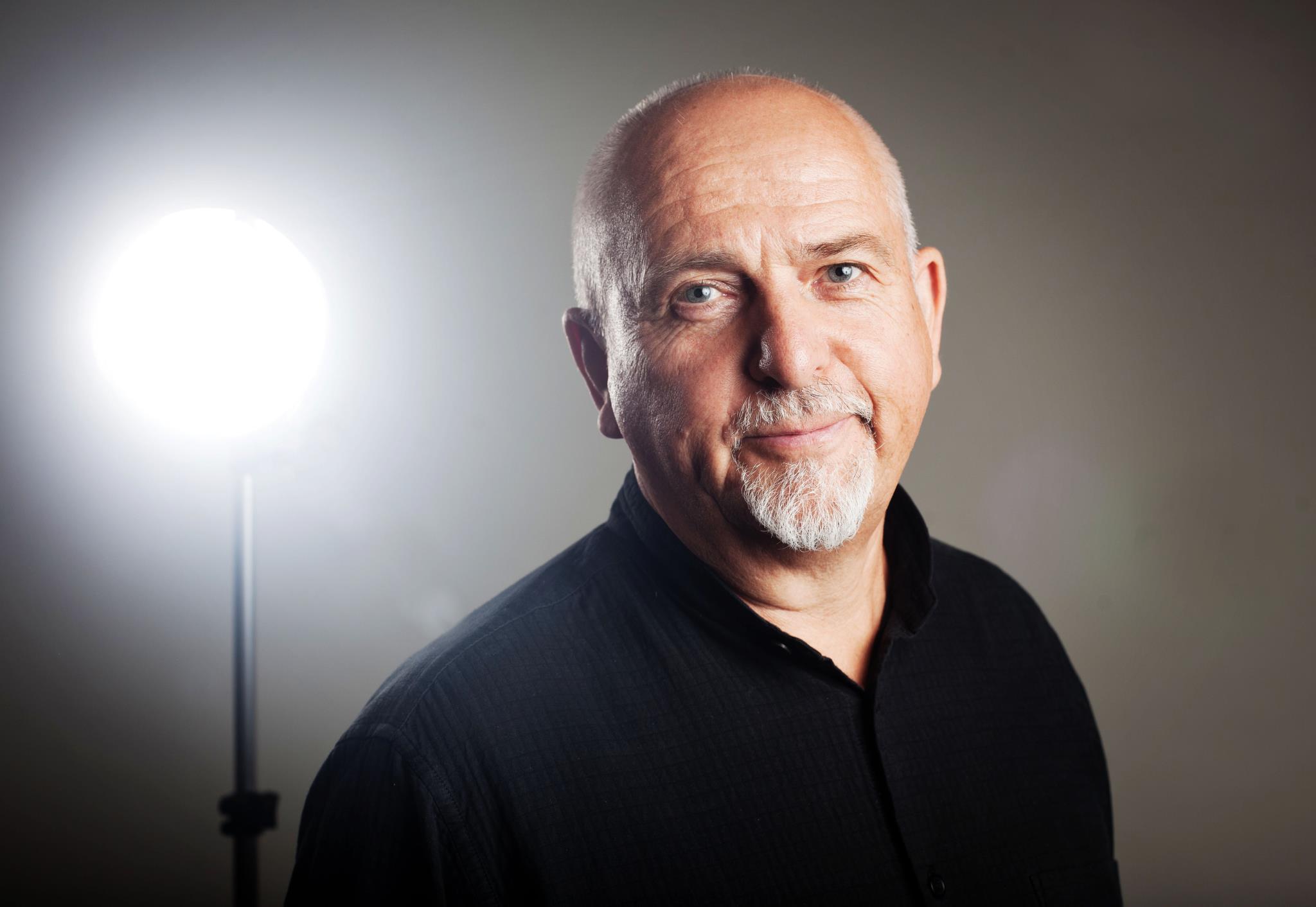 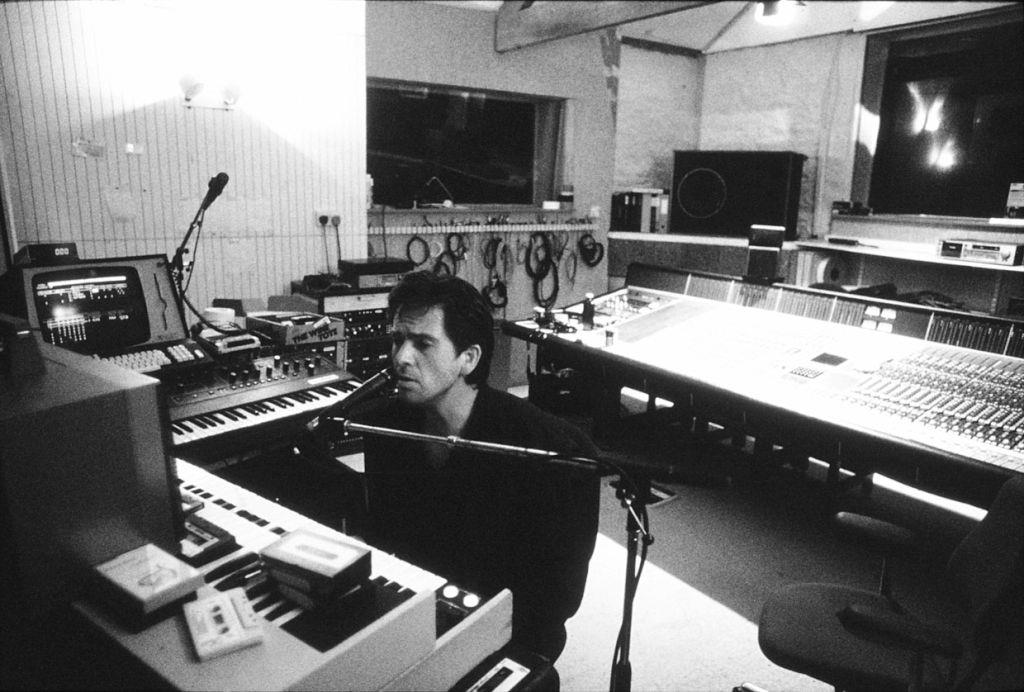 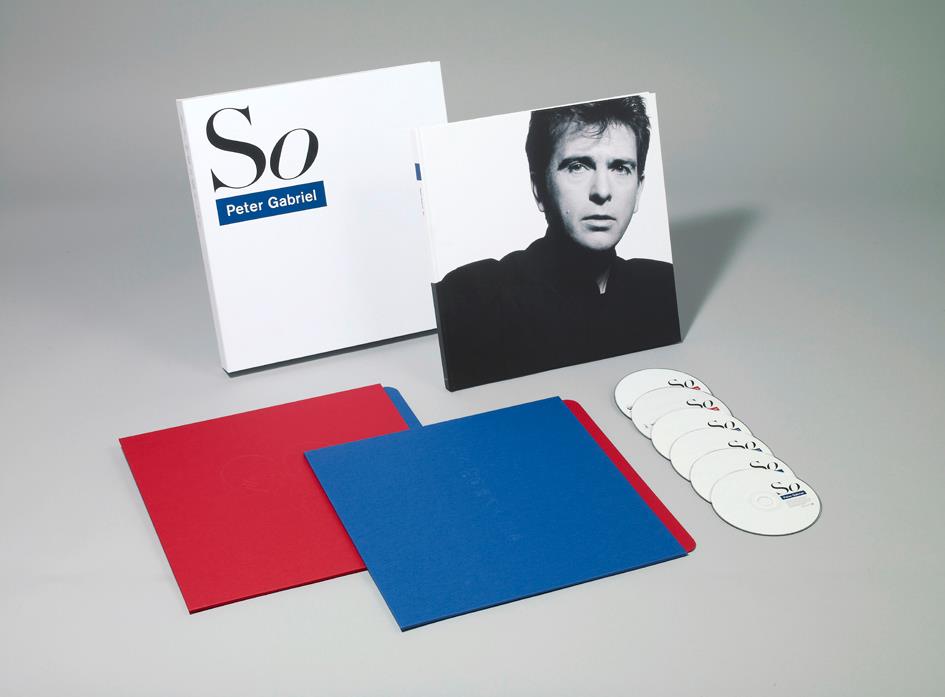 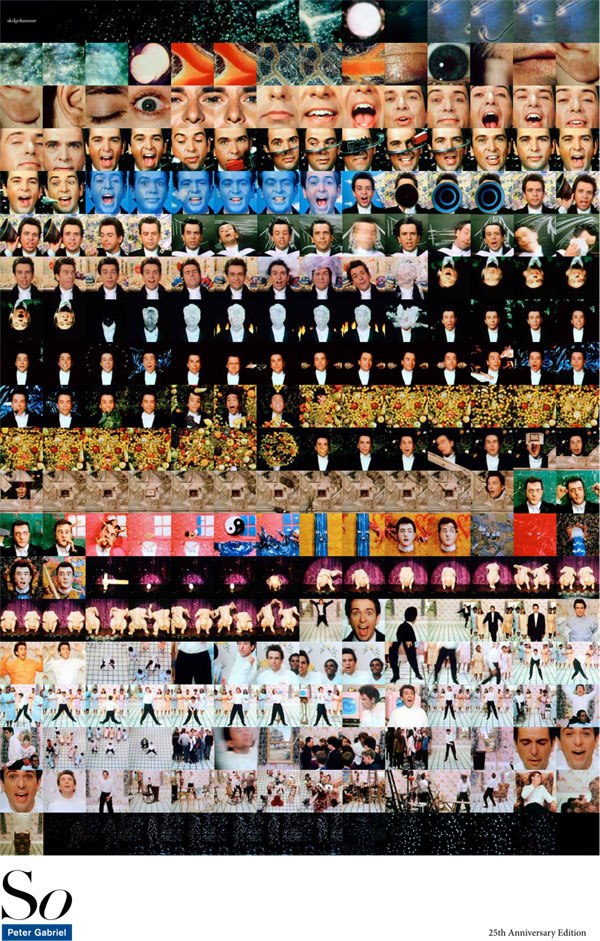 Because my first experience was something that inspired me so young I was thinking about what I could use as imagery to evoke that childish whim onto the poster. So then I began searching through childrens music toys old and new looking for inspiration. I found a few retro toys that I remember even playing with that helped lay the foundation for a few of these poster ideas. I love the idea of taking a musical toy that I played with as a child and reformatting it for my poster. Where it felt natural I decided to pull parts from Peter's Sledgehammer video to add that extra flair to each piece.

This first idea is just a collage of all those old toy instruments I remember floating around as a kid. Simple but to the point. 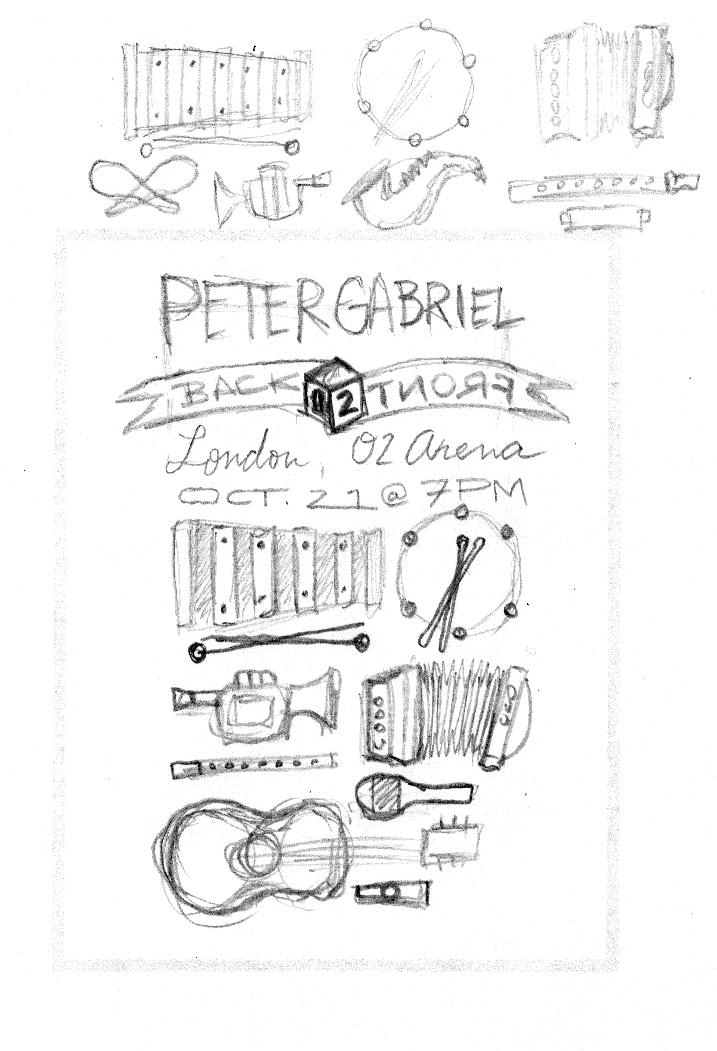 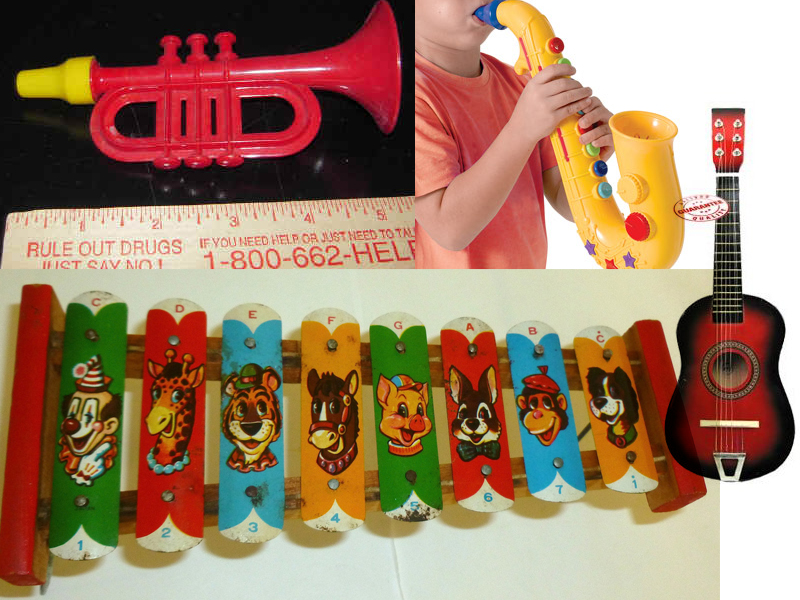 This concept is a funky one. I found this old mobile duck toy and immediately thought of the animated uncooked chickens in the Sledgehammer video. How awesome would it be if the chickens pulled the cart that was the equipment for the tour? GD Awesome! :) 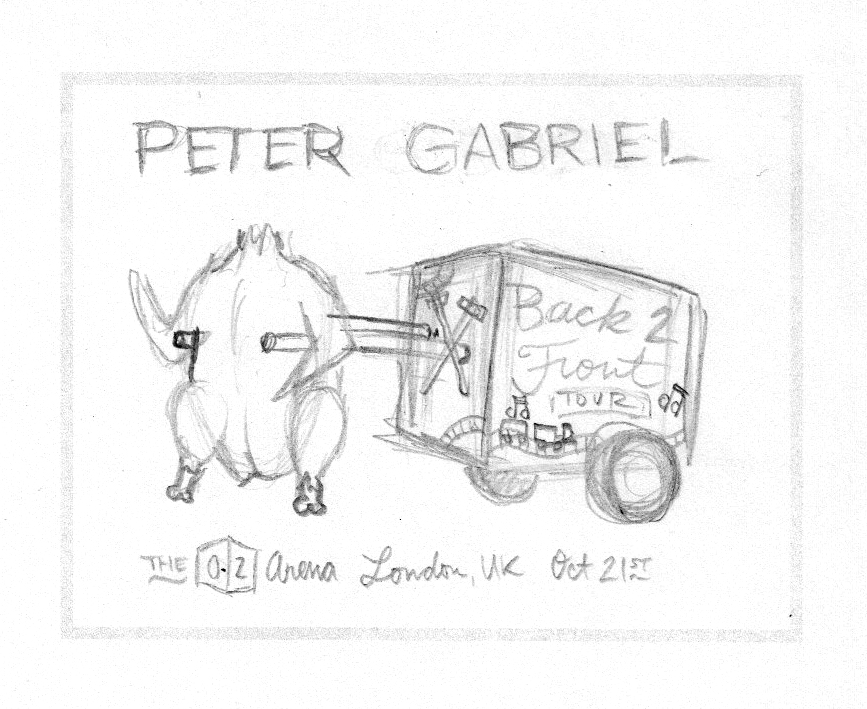 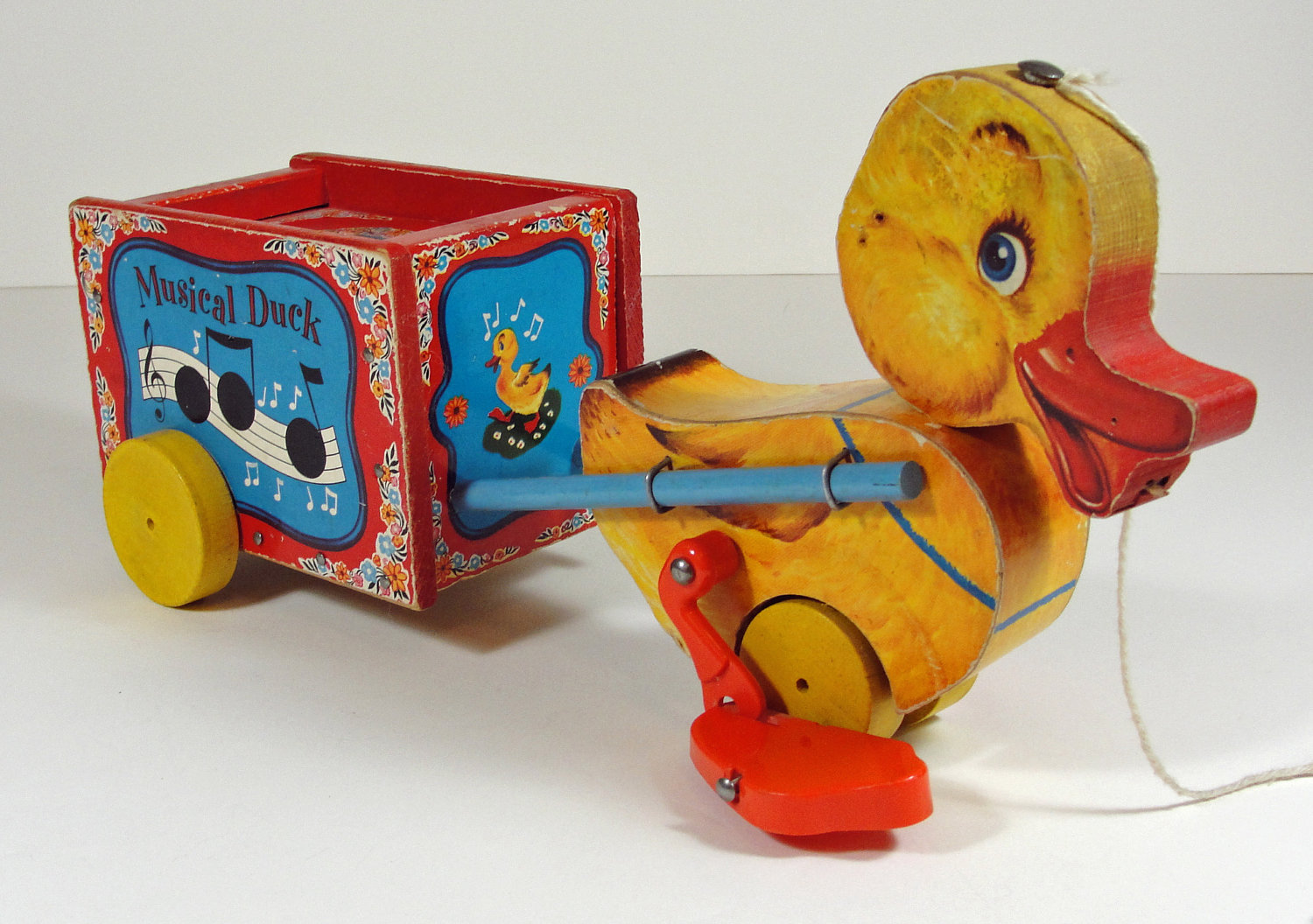 On the Back to Front tour Peter is celebrating is hit record "So" and plays it during the show so when I came across this toy how could I not put the two together? This toy is one of the first I recognized because I had it as a child. Loved the tangibility of putting the records in and actually starting the music. This was a no brainer :) 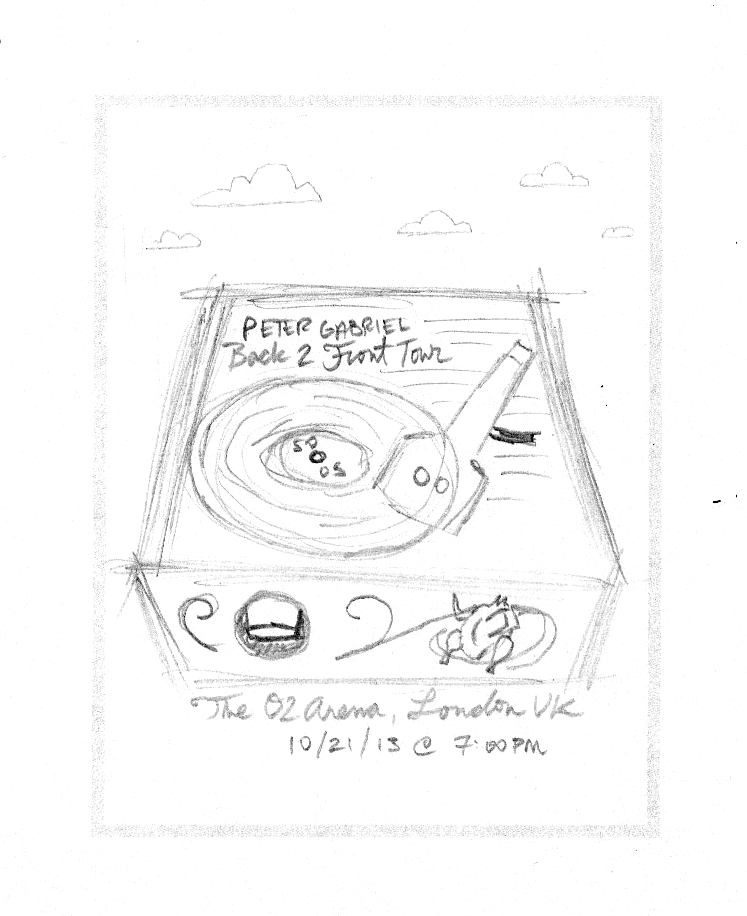 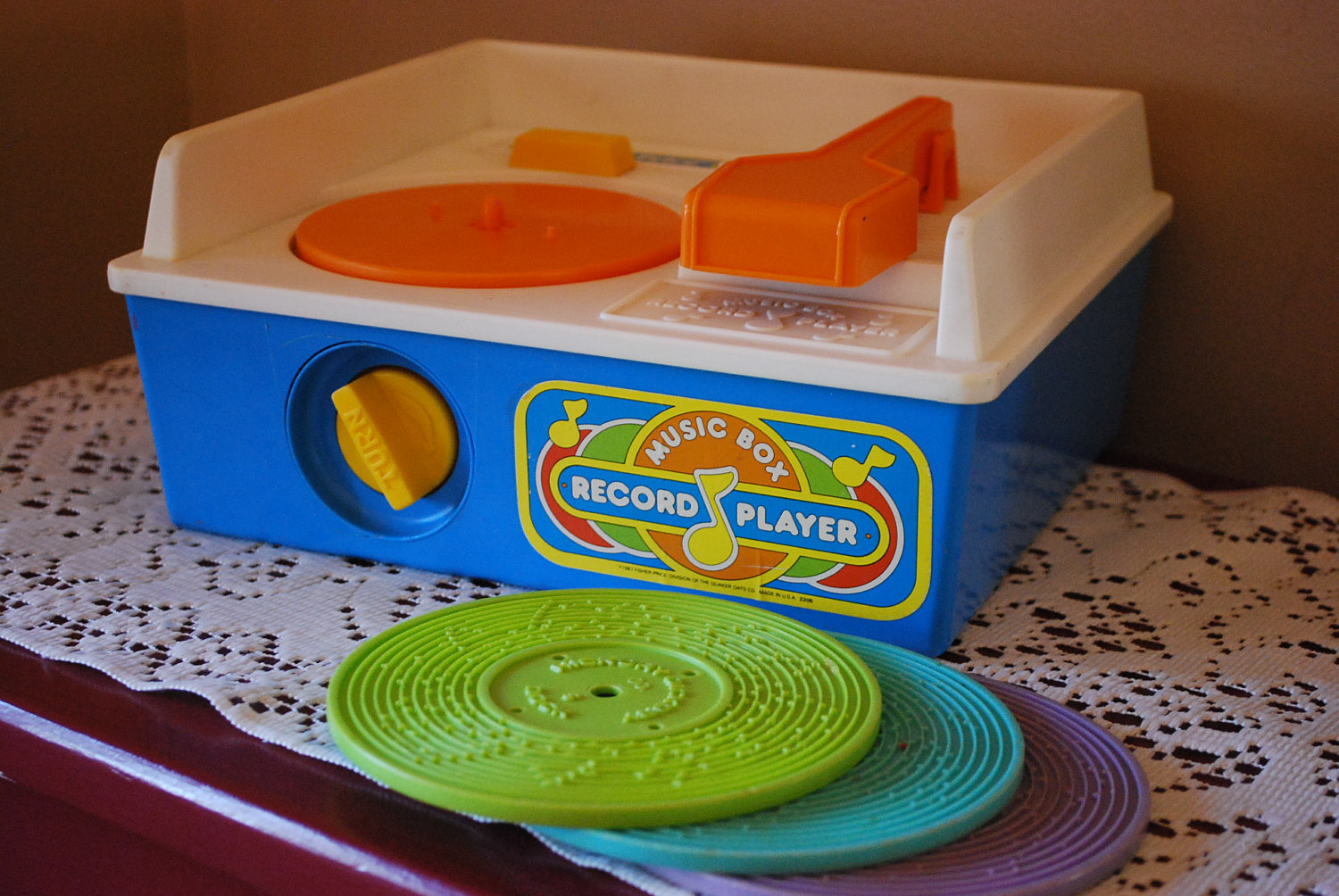 This ideas is based off of another toy I really had fun with as a kid that played music. This was another fun toy that lots of little features that I loved to spin into the wonderful world of Sledgehammer. Another no brainer, but aethetically I'm loving it. 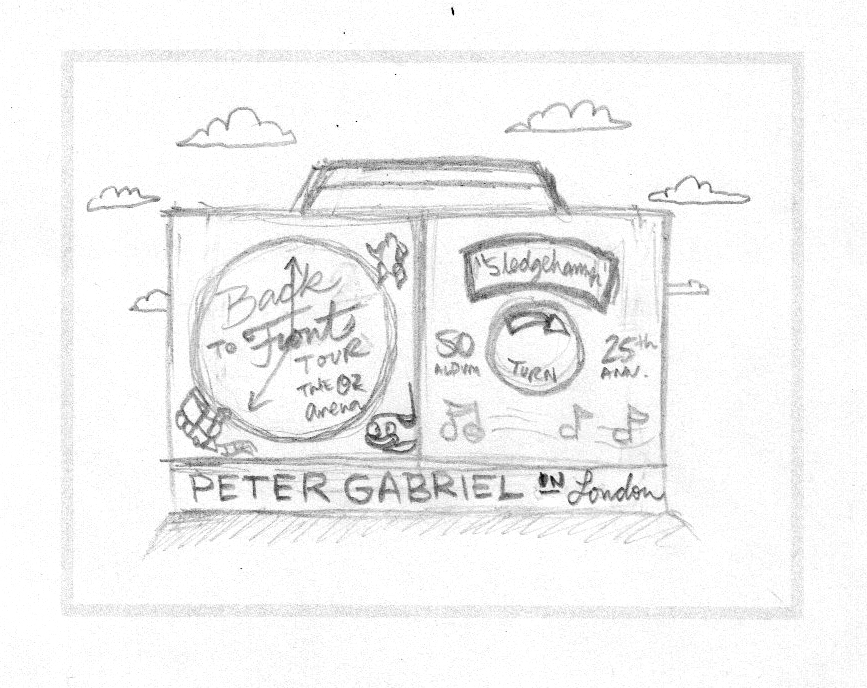 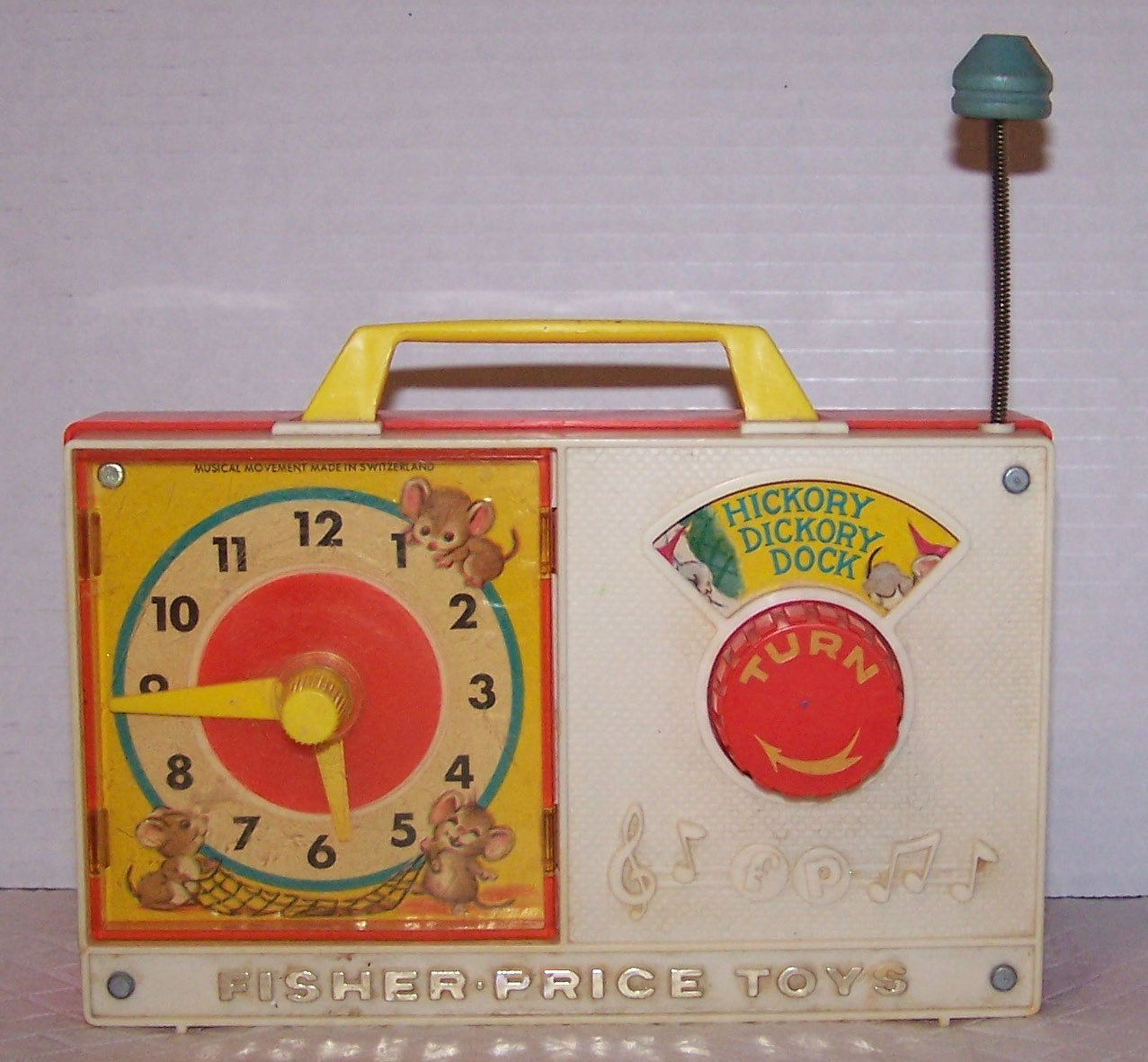