James is a senior executive at a large manufacturing company. He lives in a two-story home located in the suburbs of a large city and drives to work in his Lexus LS 500h. He has a wife who is an interior designer and two children, a boy and girl, ages 15 and 17. He is expecting his 17-year-old daughter to go to the University of Alabama, which is where he and his wife went and where they met.

James has little spare time and a lot of responsibilities at work, and he tends to work long hours. His company, like all manufacturers, is facing a talent shortage, based on the perception that manufacturing is dirty and low-tech. He does need factory workers but needs many more who are skilled in data analytics, programming, engineering, and artificial intelligence.

He is a Republican but sometimes bumps up against Republican politicians making it hard to push his company forward to keep up with the changing times. The Board of Trustees, many investors, and even employees insist that the company become more flexible and socially conscious but that takes a lot of money and for all managers and executives to be on board. He loses a lot of sleep over how to keep his company competitive and profitable. 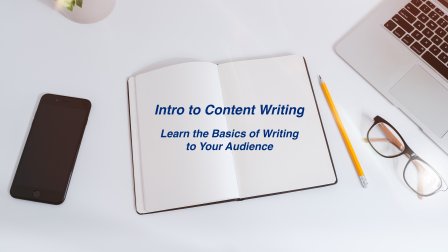 Intro to Content Writing: Learn the Basics of Writing to Your Audience
Erica Bartlett