So going into this class, I knew that my name meant "pearl." But that's it. So Dylan is talking all about how interesting and fun her name is and I'm like... great. I'm gonna draw an old lady wearing her pearls and drinking her tea. But nope! Instruction to research my name let me find out way more about my name than I ever thought about before. This was such a FUN exercise.

Here are the main points of my name.

The name Peggy is Greek.
Peggy became a medieval variant of Meggy, which is a diminutive of Margarita.
Peggy means "pearl."

Continuing into the history of Peggy < Meggy < Margarita, Saint Margaret was martyred in Antioch in the 4th century. She was a patron of expectant mothers, and thought to have escaped from a dragon..? I'm serious. This is a thing. How can that be ignored?!

Digging into Greek culture, I learned that religion is very important in church and school - private and public. They celebrate Easter with the strongest emphasis, even more than Christmas. They dye Easter eggs red on Holy Thursday because they believed that the virgin Mary did this to celebrate Christ's resurrection. Flags are at half mass on Good Friday, and large, white candles are carried on Holy Saturday.

So there's some weird stuff in there and I'm drawn to weird. My mind map took me from the meaning of my name - Pearl - to oyster, to under the sea with mermaids because I love mermaids so much. So I thought rather than having the pearl in a clam, I'll make the pearl a red egg. And without even realizing that it can be used as a dragon's egg! You know, the dragon that Saint Margaret escaped? So combining all of these elements worked out. I made a sea of red paint, a shell holding a red painted egg, and a dragon-mermaid. The illustration itself was completely out of my element. But I had a lot of fun doing it!

Thank you for this fun class, Dylan! I should also mention that I learned so much being reintroduced to Photoshop in this class after not using it for over 5 years. :)

I loved this project so much that I turned around and did my wife's name as well. Here's what I found out after doing some digging:

Laura Is Latin and means Laurel Tree / Sweet Bay Tree.
Laurel leaves were used as victors' garlands.
Old Latin culture's gods weren't personified; Instead, they were vaguely defined as spirits called numina. Romans believed that every person, place or thing had its own genius or divine souls.
One of the founding myths of Rome consists of two twin brothers that were drowned by the new king so they didn't take back the throne. But they were rescued and raised by a she-wolf.
Another founding myth of Rome states that Trojans were on a sea voyage to found a new Troy after the original was destroyed at war. After a while on rough seas, they landed on the banks of Tiber River. The women wanted to settle there, so a woman named Roma burned their ships.

Again, I wanted to blend these elements. I chose to draw a burning ship in calm water from one of the founding myths of Rome, with its smoke forming a numina (or divine presence) of a she-wolf. This takes both ancient Roman culture's beliefs of everything having its own genius/divine soul and blends it into the she-wolf. I wanted the she-wolf to be the victor wearing a garland of laurel leaves, as she is who saved the twin brothers in one of Rome's founding myths.

Although unsettling, to me, the illustration shows a commitment of burning the ship to stay settled and the calm water to ensure safety. The smoke represents a fierce but gentle soul with a lot of strength. Also, green eyes. Because Laura's eyes are green. :) 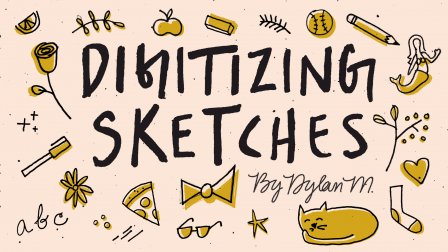