A little late to the party (and I don't have procreate) but I started watching this class and realized I could probably do this on my Adobe Sketch app (it exports the layers!) so here I am.

I tried something simple because I have never animated anything before so I was just going to make the eyes move. After I got the hang of it though I added a little movement to his feet, beak, and stomach. I wanted to add movement to the wings but they were on the same layer initially as the eyes so I think I'll just plan better next time. Can't wait to try something a bit more complex. 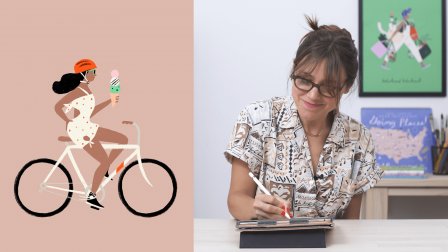