Two years ago when we moved to our new home, we had literally two months from the moment we decided to buy the apartment to the day we start living in it - this includes the deal closing period and the whole renovation. The renovation was hard, believe me! We needed a whole week to clean the space from the insane clutter - it was full to the ceilings with stuff taken from the street. Then we had to rip off everything, change the piping, electricity, redo the walls, bathroom, everything that you can think of. We only saved the floors and the windows - actually didn't have time to do anything there except refinish the floors.

I am saying all this because I want to imply that I didn't have too much time to think about styles and accurate design - decisions had to be made in minutes and seconds. The design process was based on the fact that the apartment was built in 1960, it had the traditional oak herringbone floors and interesting ceiling moldings which we decided to keep.

What turned out was a mixture of styles that I can't quite define - there is definitely Traditional, some Modern, something Scandinavian..., I can't say. Would really appreciate it if you could help me with this.

The colour palette is to a great extend centered around one of my favourite colours - mustard. It is actually pulled from the sofa - a piece that my husband fell in love with the moment he saw it. So it's a blend of mustard, blues and grays. Unfortunately the sofa fabric doesn't let me play with the decor too much as it is quite engaging on its own, so I can change only small details.

The dining nook  and the kitchen are directly opposite the sofa so they somehow replicate the fabrics and style of the sitting area, except that the kitchen is quite traditional but I like it this way. Probably there is a controversy here -please share your opinions.

The bedroom is green - it had to be green because we moved our old furniture and green curtains here, so decided to paint the wall green. At that time I followed the advice of an interior designer. We did remodel it this summer and again I created a mix of styles, I don't know but this is what I do all the time - can't go one direction because I like many things. Like the DIY dresser that you will probably recognize, inspired by Kristina Lynne - it was a love from first sight, I knew I had to have it. I love spindled beds  - so now we have one. And the traditional wardrobe - a real mess, but it gives me a feeling of coziness. 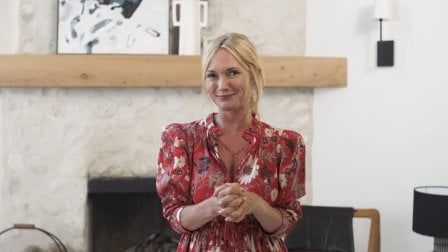