What an awesome class you guys made! I come from a very simplistic and minimalistic design background, but somehow found these organic abstract patterns so cool I really wanted to try them out. When you guys started a one-year-free-skillshare-membership contest I knew I had to try to win it. So here we go:

I used this class as an opportunity to create something that took me to experiment amongst different aspects like Photography, Digital Art and Print in one project. So I challenged myself to create my personal Cover Art for my fictional album 'Brainwash' (launching summer 2024) to fulfill my teenage dream of becoming a famous recording artist.

I will add a few screenshots to show you guy my process:

I started by creating my organic abstract pattern as shown in your tutorial, and I used black red and white to give it a layout with a lot of contrast. For the pattern I wanted it to resemble red and white blood cells, symbolizing the physical reaction to indoctrination and brainwashing which I found really interesting when I was younger (I majored in Design Psychology with Propaganda as my topic, so there you go).

Then, I wanted to add movement almost like the blood cells were rushing. I experimented a lot with the Photoshop Filters (Wave, Ripple, Twirl etc) and ended up with this shape. Now it almost feel the cells are rushing into a tornado, almost a black hole. I thought this was a very interesting pattern now that I could further experiment with.

Okay so now for the more embarrassing part: I had the idea to make an abstract/dark/silhouette like selfie to complement the layout I already made. So basically I took a million pictures and edited and used this one to experiment further for the album cover.

I cut out my silhouette in a very quick-and-dirty way to see if my composition would work. I moved the shapes around a bit and played with the size of my photo to create an illusion like the cells are now moving towards my brain (symbolizing the brainwashing). I kind of liked it, but it wasn't really as polished or cool as I felt like it could be so I opened up my new friend (the Photoshop Filter Gallery) again and tried some stuff.

Okay so this looks a bit better. I have never used this Chrome tool before but I kinda like the liquid effect it gave my photo almost making me look not human, which I like. I thought it was a cool concept to make myself look like I'm made of water or metal or stone or something that can't really think on it's own, complimenting the Brainwash theory.

Better right? I like it, but now the pattern looked kind of not matching with the silhouette. I started playing around with the same effects for the pattern.

I love thisssssss. This almost 3D-like water tornado thing doesn't really match my album cover but I will definitely be using this in the future. I used some blending modes to make the red and white colors come through this filter making it look a bit like:

This is the final product I came with in the time span I had given myself. I am very happy with the result and I can't wait to play around with these patterns and shapes in the future. I tried to add some type but I felt like it didn't help the composition so I left it out completely. And it's my album cover so I can have no title on it if I feel like it right? Now, to finalize I downloaded a mockup from Pixeden and made it look like a real vinyl cover:

I couldn't help myself to keep experimenting a bit so for those interested I made a DELUXE version of my album cover in a different colorway and one with a title on it just for fun.

Let me know what you guys think. Sorry for the long post!

PS: Also added the Deluxe version in large without the mockup and sharper cut out edged based on Evgeniya and Dominic's feedback. Definitely like it more with the slicker edged, sometimes taking an extra 5 minutes of work really changes your work. That, I have learned now ;-). It can still be a bit better but I left my Wacom Tablet at the office, so this is the most I could do with the touchpad for now. 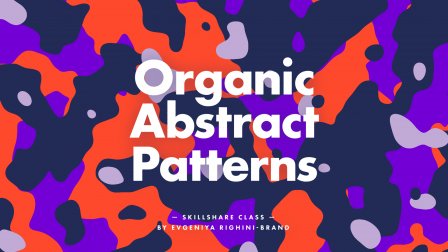