The resurgence of value, quality, all things handmade. I think this is what has brought a lot of us to this specific class, by following what Jon has created for himself and others. It's with this 'slow goods' ideal in mind that I decided to explore a personal project called Oldam.

Oldam is a portmonteaux of sorts, bridging together "Old Amateurs." So many of my friends are leaving behind old careers to get into wood working or leather goods or other interests that have lingered in the back of their heads for too long. While the vocations might vary, we still hold the same ideals, and one more thing in common on top of that: all of our ideas start by putting pencil to paper.

Oldam pencils will be packaged in sets of threes (bit of a superstition on my part, but also harkening to the rule of thirds, as well as the rule of threes in advertising - hear something three times, you'll remember it). There will be no synthetic packaging. The labelling will be done on a band of thick stock to ensure the pencils stay in line and using one colour ink only.

This is the idea. Next step, the inspiration. 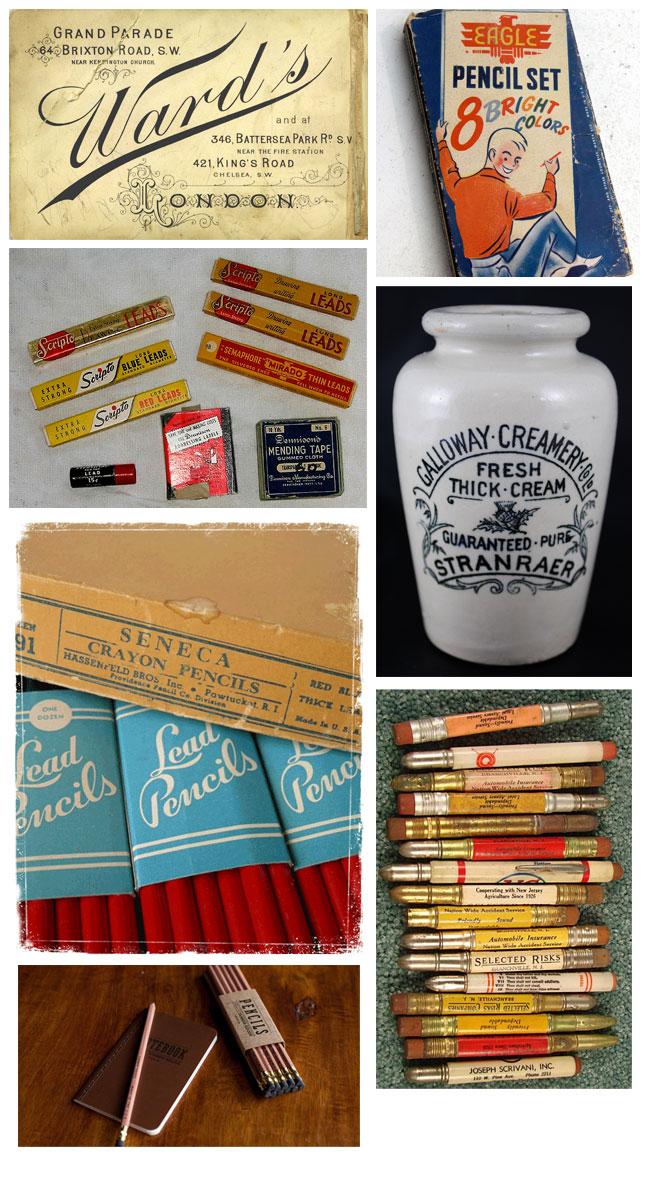 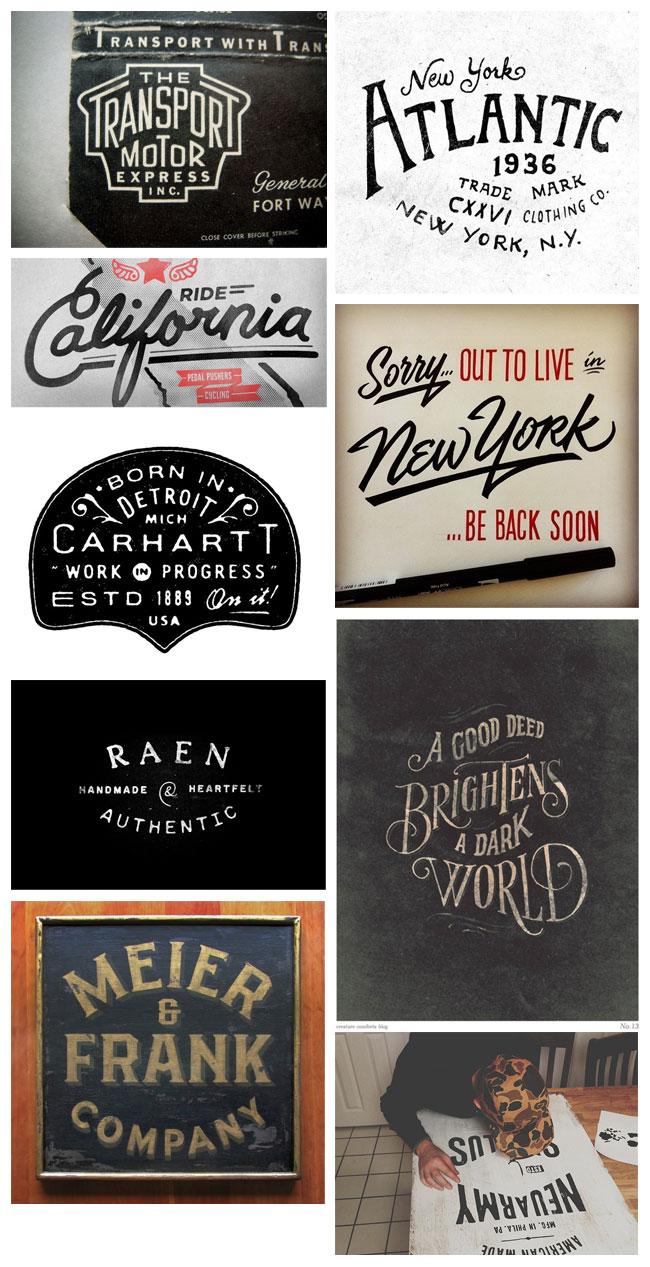 First we want to establish the brand. By starting with how 'Oldam' will be presented on the package, it will dictate the overall look and feel of the remainder of this label, and then further on when it comes time to expand.

I felt the need to create a small mark to associate with the brand. I decided to bring in a simplified nautical wheel, giving a nod to the hardworking and timeless traditions presented by the sea. The people who will become these 'Old Amateurs' require the tenacity and heart posessed by old sailors to succeed in their field, given that they're jumping in later in life.

Then I started playing with lettering styles. Looking at the inspiration I had condured up, I wanted to play with all styles - serif, sans-serif, and script to see what works best. I'm a fan of the triangulated type - I think it would reproduce well across the board, and could potentially pair well with the mark. I experimented with script and flourishes.

I also started with a list of things I need to include on the label. Exactly what the package will contain - 3-6 no. 2 pencils, made in Canada, bonded lead, that kind of thing. Just to give an idea of how things will roll out as the project continues. 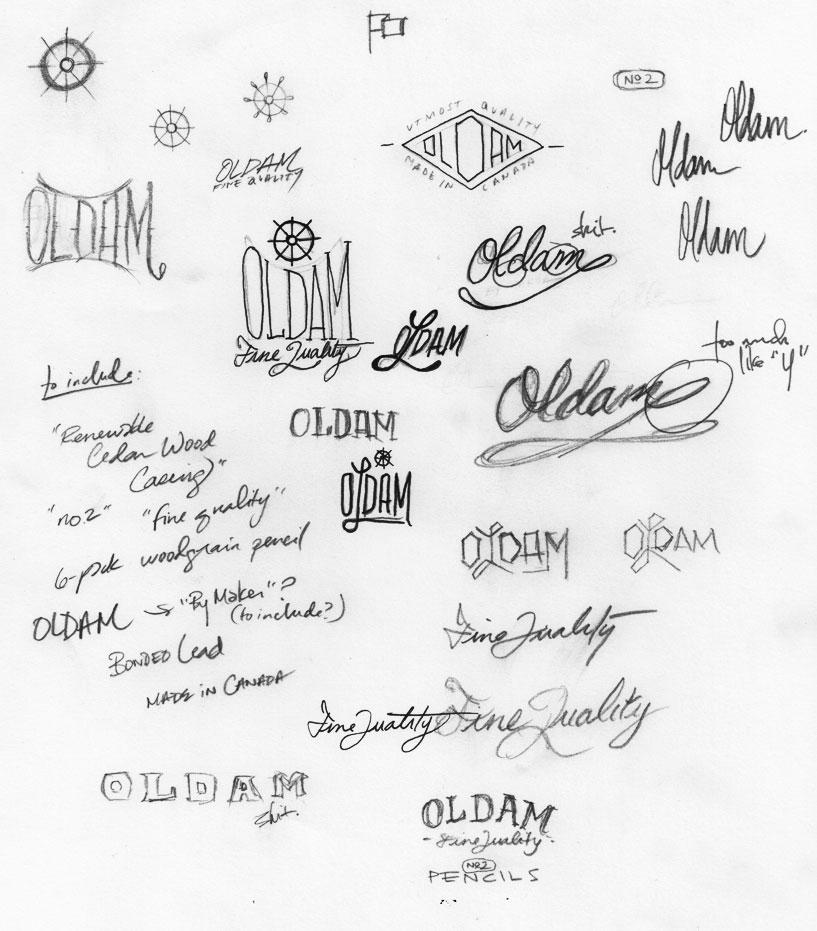 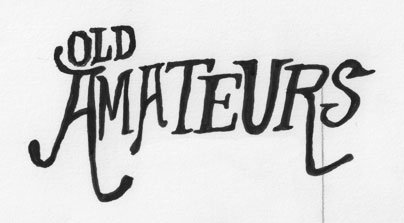 5/15 - 5:05pm - First sketches of actual label. Trying different lettering styles to see what works. Different hierarchal treatments, as well, and deciding what info to include and what to leave out. What will these 'Oldam's' care about most? Quality, value, where things are made. Not sure how I feel about the addition of 'supply co.' as it's feeling a bit too trendy these days. Also, laughed pretty hard at the addition of the unnecessary quotation marks that used to run rampant in packaging and design in general.

Waned to experiment with orientation, as well. Portrait or landscape. Leaning toward landscape. 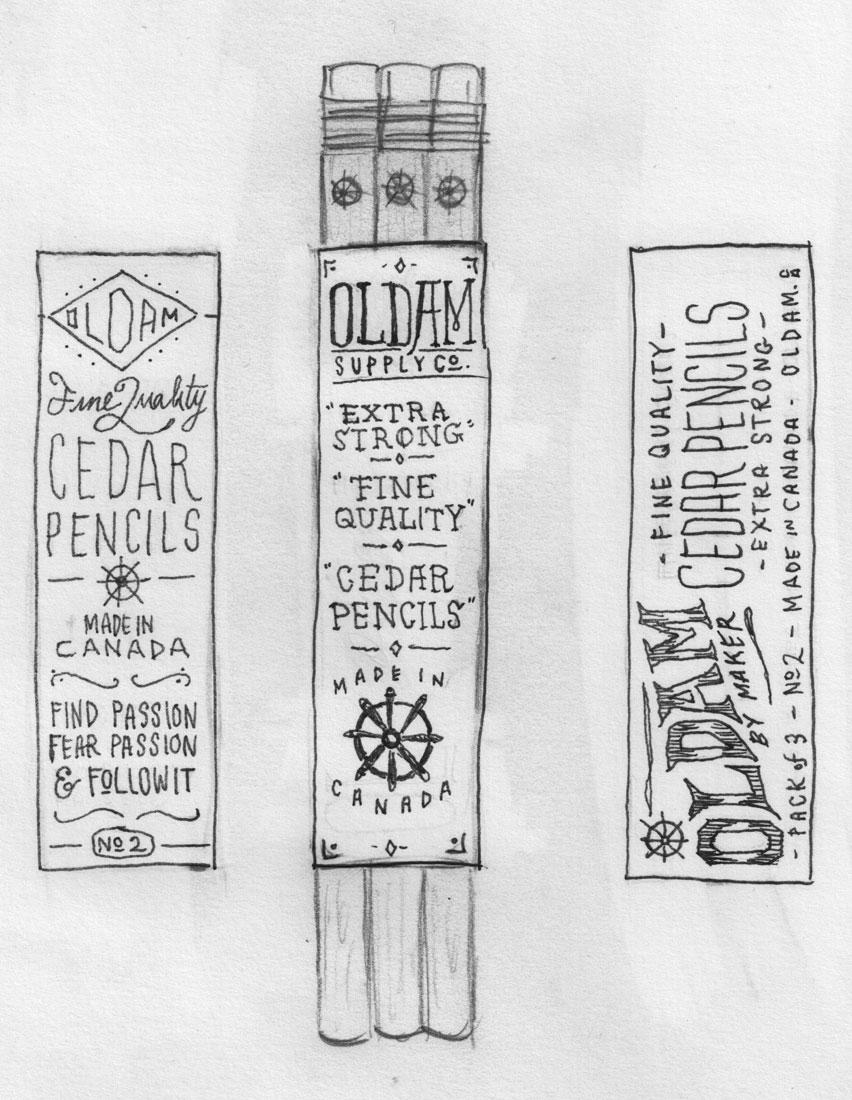