Nothing Goes Right on Friday the 13th

WARNING: I will try my very best to scare you all, but keep in mind there will be comedic instances. (mostly dry humor) This is from the perspective of Shota Aizawa (a mostly sleep-deprived man that has dry-eye and needs to take eye drops) just trying to get a good night's sleep for once in his life on Friday the 13th. Yeah, that doesn't really work for him. Anyway, enjoy.

Nothing Goes Right on Friday the 13th

The day started out dull and boring for me, as always. Nearly gave myself a heart attack, though.

I woke up in my cozy bed with a start, yelling:

Then I realized that I wasn't in my twenties anymore.

I tried to go back to sleep. Then I jumped out of bed, yelling this time:

But yeah. Other than that frantic morning, the day was boring. I went to class to teach homeroom, facing my overly cheerful students not for the last time. Unfortunately for me, they were still first-years, so I had to endure their sorry butts for two more years. Poor me, right? I thought so.

I wondered if my problem child was going to live up to his name today. He usually did, mostly on accident. I announced what they were going to be doing for homeroom in my usual monotone voice, then when Midnight and Mt. Lady came in, I pulled out my sleeping bag, gave myself my morning eye drops, and zipped myself in.

Yeah. I sleep a lot. So what? You saying you wanna pick a fight? If you are, I can erase your Quirk in a second. What was that? Yeah, didn't think so.

I proceeded to take several more naps during that uneventful day, and then I heard my students talking about the myth of Friday the 13th just as I was about to nap again.

Hagakure let out a squeal, and I winced. Didn't anyone respect my ability to hear? I already had Hizashi using his Quirk at home, and trust me, it's worse than it sounds. Oh, well. At least I could go home and sleep some more soon.

"Does anybody think some weird stuff is gonna go down tonight at the dorms?" Ashido asked.

Ugh. She was too bubbly.

I figured I might as well talk with them about it since they wouldn't let me sleep like I wanted.

"People just make things up about it so it'll seem scary," I continued in monotone.

They stopped talking and looked at me as if I was crazy. I probably was, but that was because these darn people won't. Let. Me. SLEEP. They didn't give me much respect, either. Well, maybe except for problem child, Todoroki, and Iida.

I liked Iida. He was the class president, and I always counted on him when I was too lazy to do my job. He filled in for me perfectly all the time.

He should be a teacher some day, I thought approvingly. He's got what it takes.

I would never tell him that, though.

Problem child looked pretty freaked out about the whole Friday the 13th bs, and I kind of felt bad. Just a smidge. He was afraid of nearly everything that didn't have to do with being a hero, so that didn't earn him much points. Todoroki seemed really protective of him recently, though. I didn't know why, but it kind of had my curiosity piqued. That boy seemed determined to protect problem child from anything and everything. Including a thunderstorm, which God knows nobody has control over that.

Wait, I've rambled too much. Back to the story now, I guess.

"Do you believe in ghosts and that sort of thing?"

"No. And frankly, I'm not sure why it's so scary for you all. None of you have actually seen a ghost yourself, have you?"

(Kero is the japanese word for "ribbit." Asui is a frog girl, so she says kero quite a bit. Just wanted to clear it up for those of you who might be confused.)

The rest of the class shook their heads.

"But that doesn't mean that they're not real, Mr. Aizawa," Mineta protested.

I refrained from sending him a look of disgust. He was a nasty pervert that went after the girls a lot, but whether I liked it or not, I still had to treat him equally like I did the others. Besides, he was the shortest person in class. Worst. Student. Ever.

I took my juice box out of my pocket and slowly sucked it down while staying in the nice comfort of my hooded sleeping bag. Juice boxes are a must for people like me. Besides, they taste good. Don't judge me.

Anyways, they kept talking about it until the bell rang and they could go to their dorm for the rest of the day, which meant that I had to do paperwork in the office before I could sleep some more. Unfortunately for me, my husband Yamada was in the office as well. He greeted me enthusiastically and I gave him a half-hearted monotone hello, which he seemed to think was adorable as hell, because he grinned.

"Hey, Shota, have you talked to Hitoshi today?" he asked, adjusting his weird glasses.

"He asked me which guys he can't bring home, so I told him no loud blondes."

"But you're dating one!"

"Exactly. I can't stand another one in the house."

"Wait. Does he want to date Kaminari?"

"That'd be cool," Yamada pressed on, totally ignoring what I had said.

Of course, I was used to it. And I could see the wheels churning in his mind as he most likely thought of what he could do with those two together, so I decided to ignore him (a normal thing for me) and get my paperwork done so I could go to my dorm room and finally sleep.

Unfortunately, people kept stopping me to talk after I had finished my work, so it was well after my bedtime when I got to my room. Most people would say that 6 in the afternoon was too early to go to sleep, but it was a mostly perfect time for me.

Why is everyone around me so noisy? 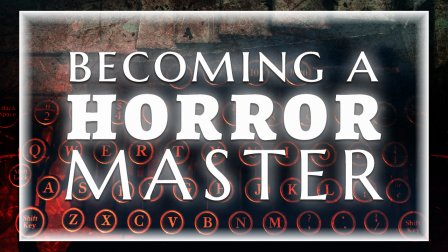