Not Gonna Do That Anymore

This is a pose in a personal test animation I did. In this pose he is taking a stand and saying, "I'm not gonna do that anymore." In response to people telling him what he can and can't do in life. 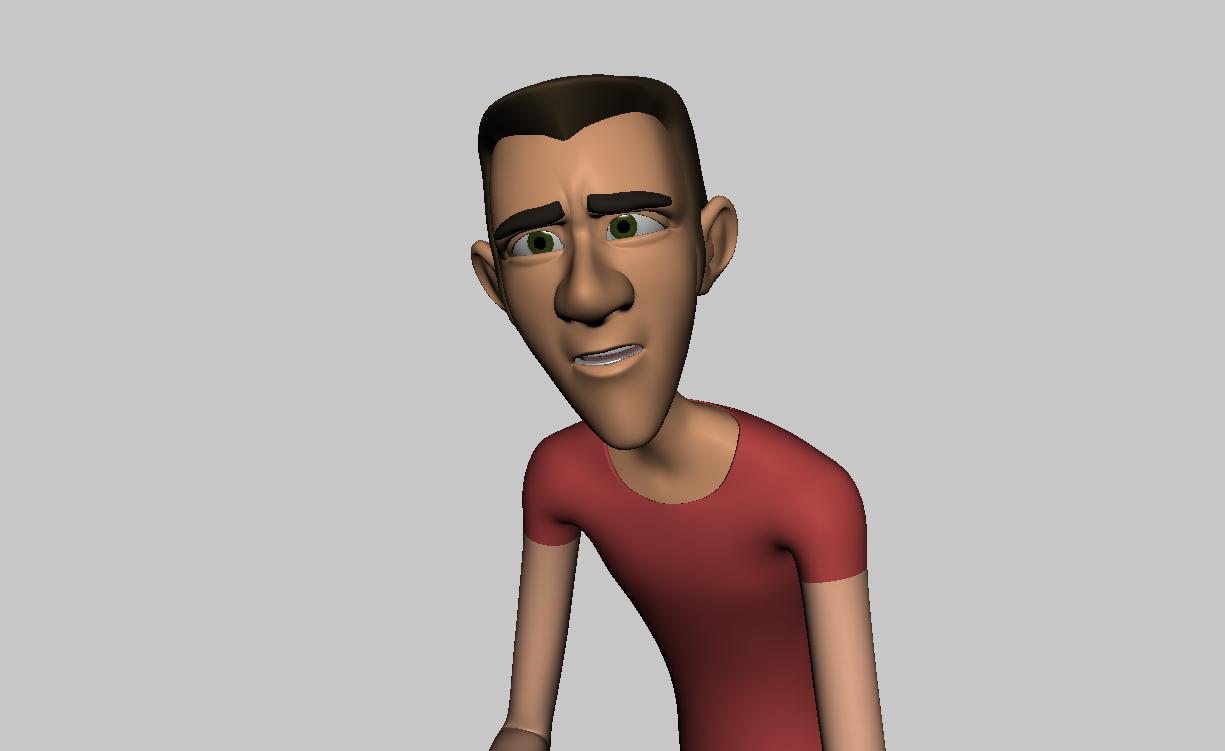 Added a background image to support the mood and create lines of interest to point back to the character. I also reframed the camera to set the character over more screen right. 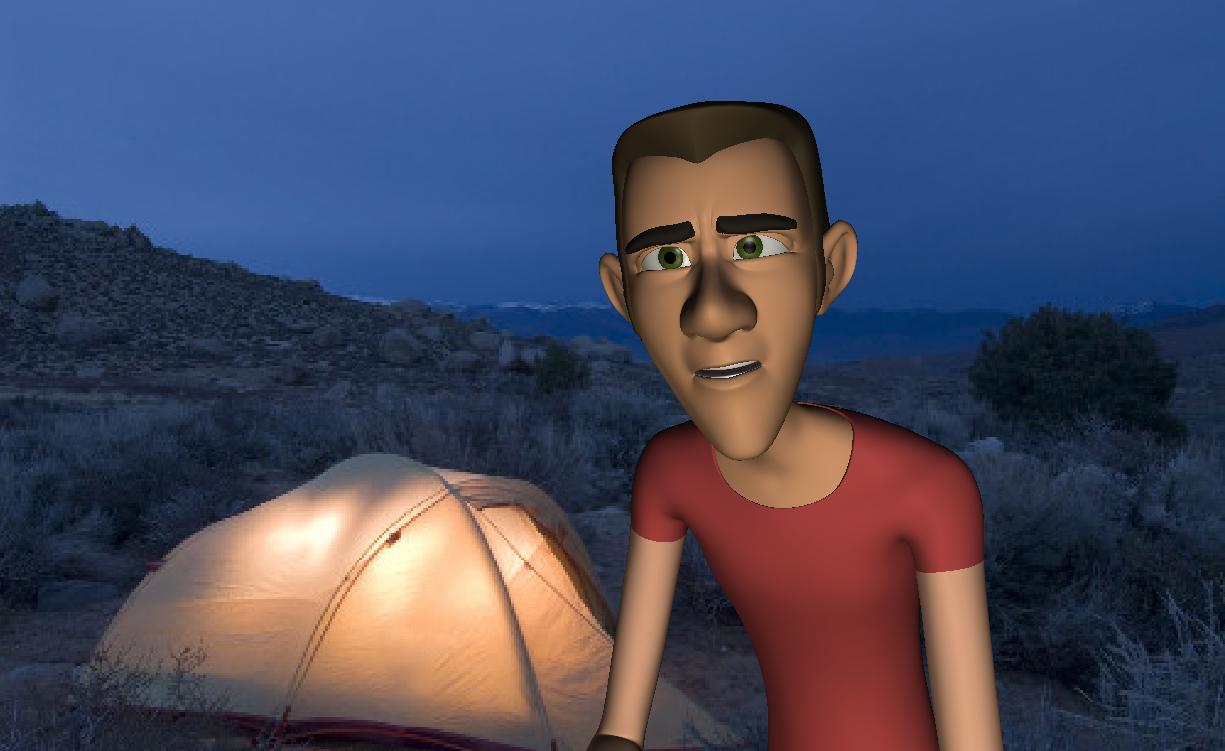 Added lighting to match a campfire setting. I beefed up the character's arms, and slightly adjusted the pose. 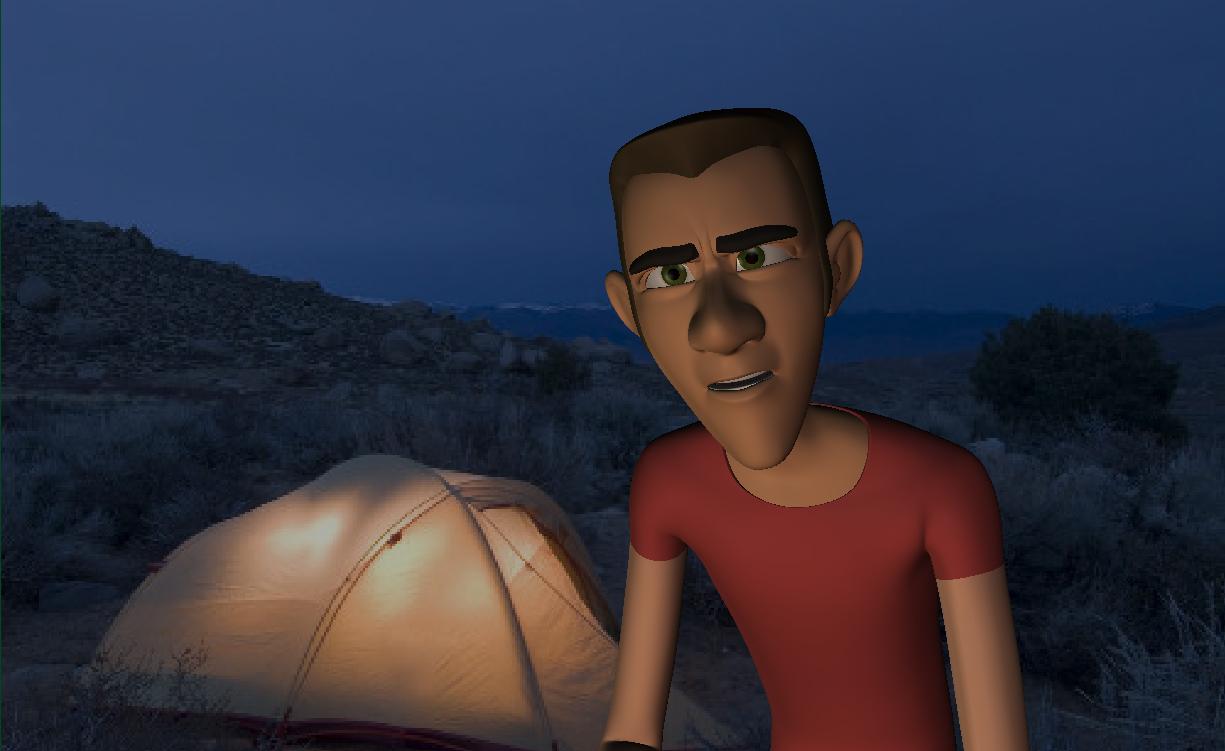 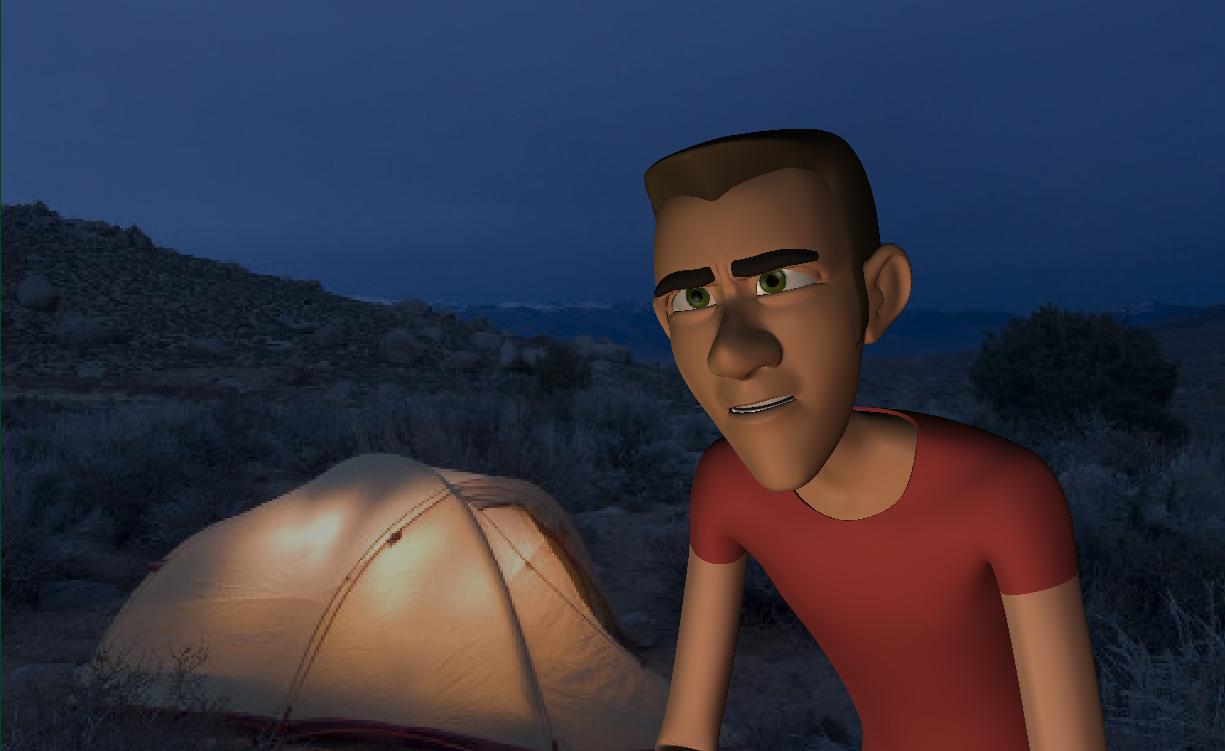 I blurred the background to give some depth of field to the shot, and adjusted the pose slightly as changes in animation demanded. 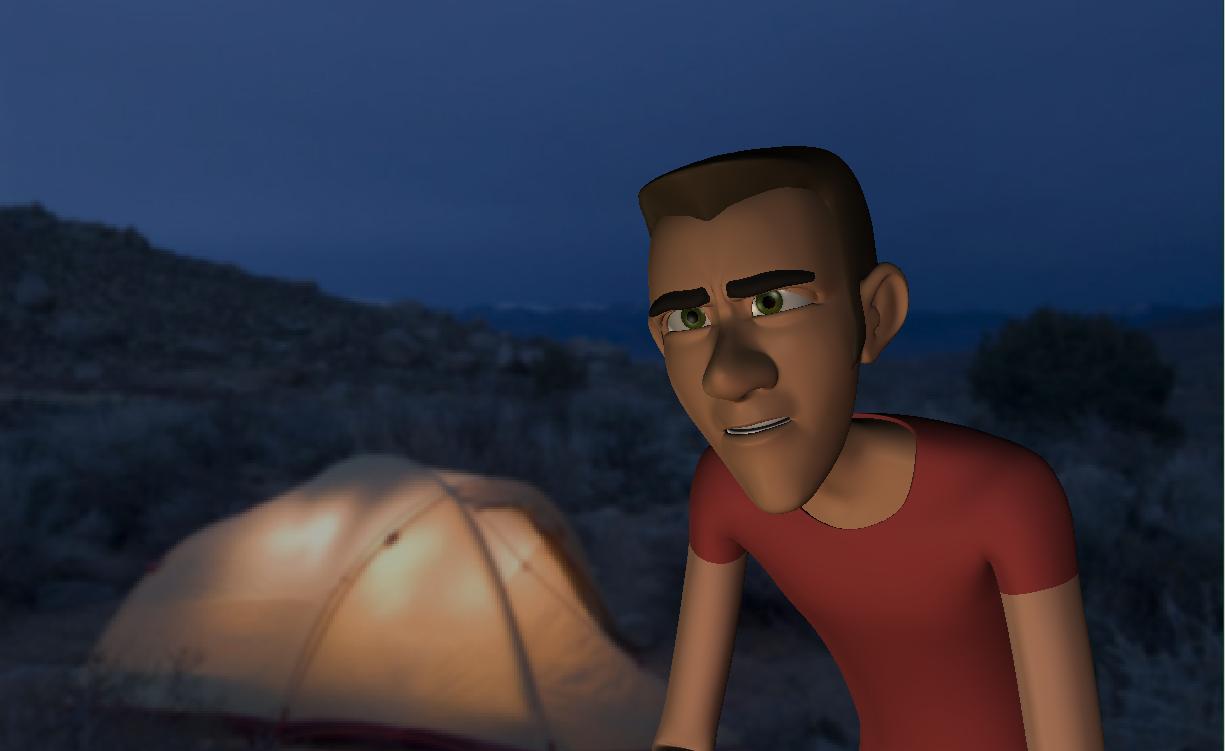 Pushed the lighting and the expression a little more. 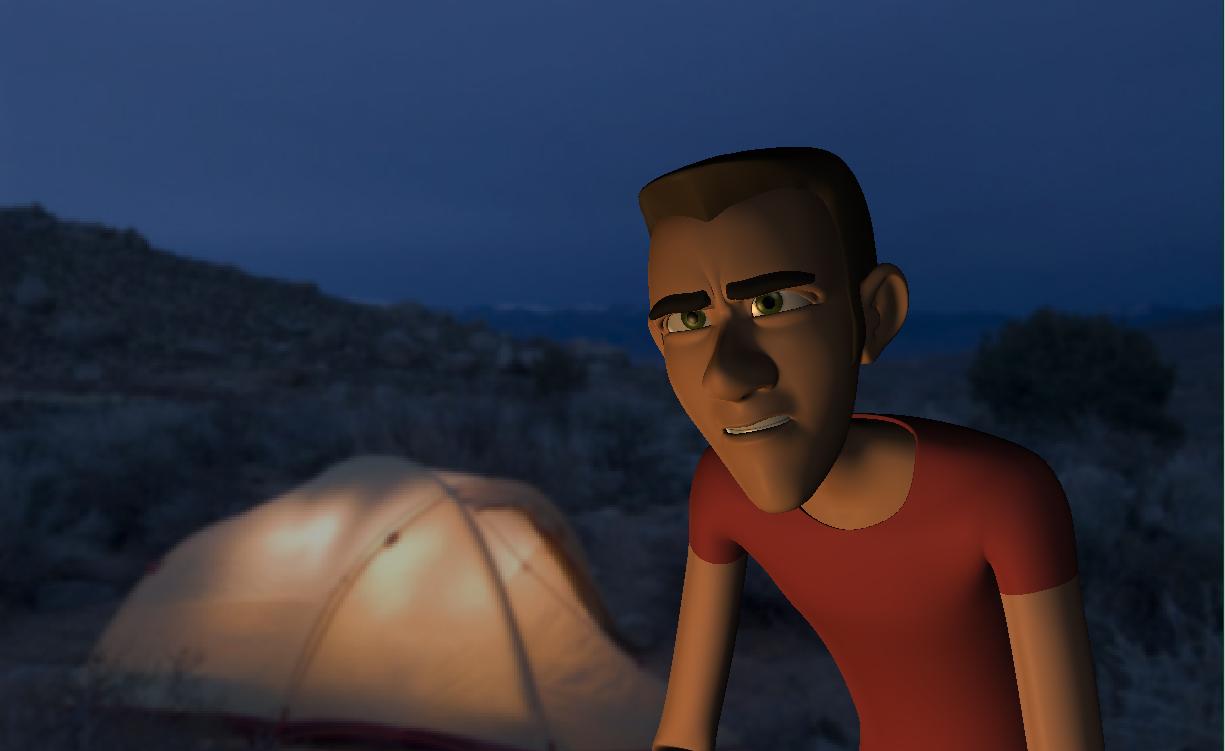 With some help from Skirsch Kirsch, here's another lighting pass. 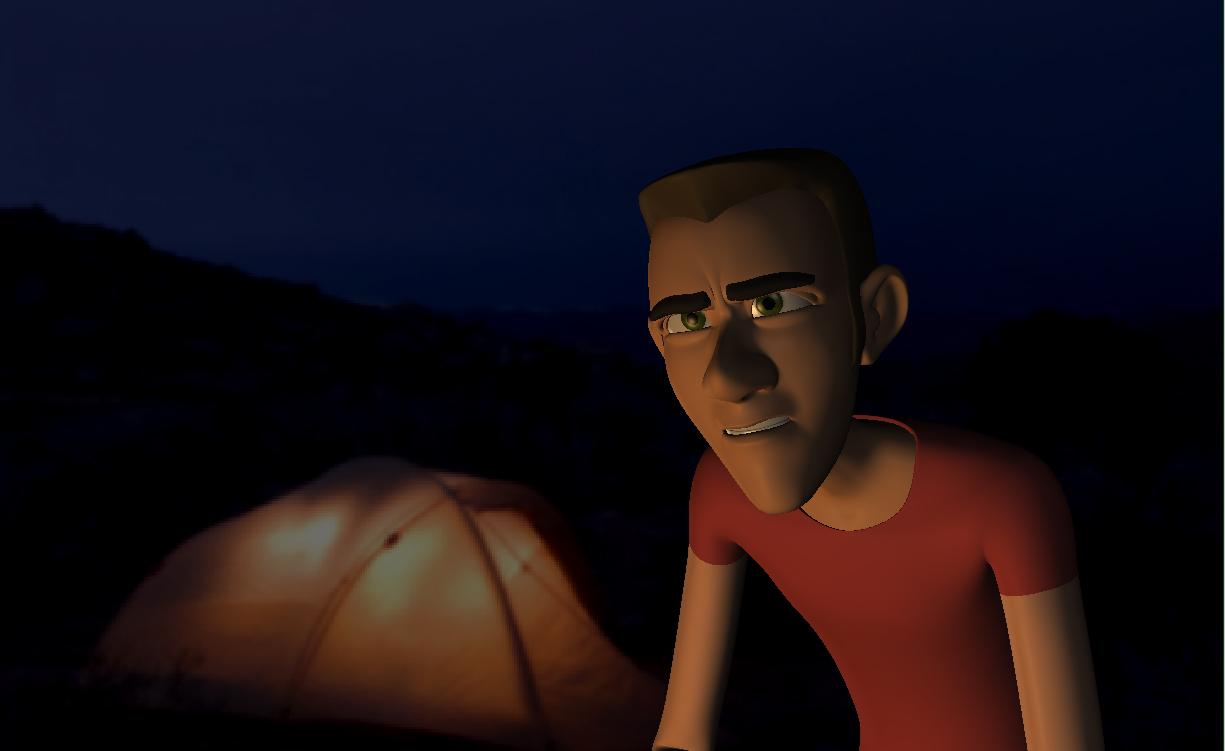