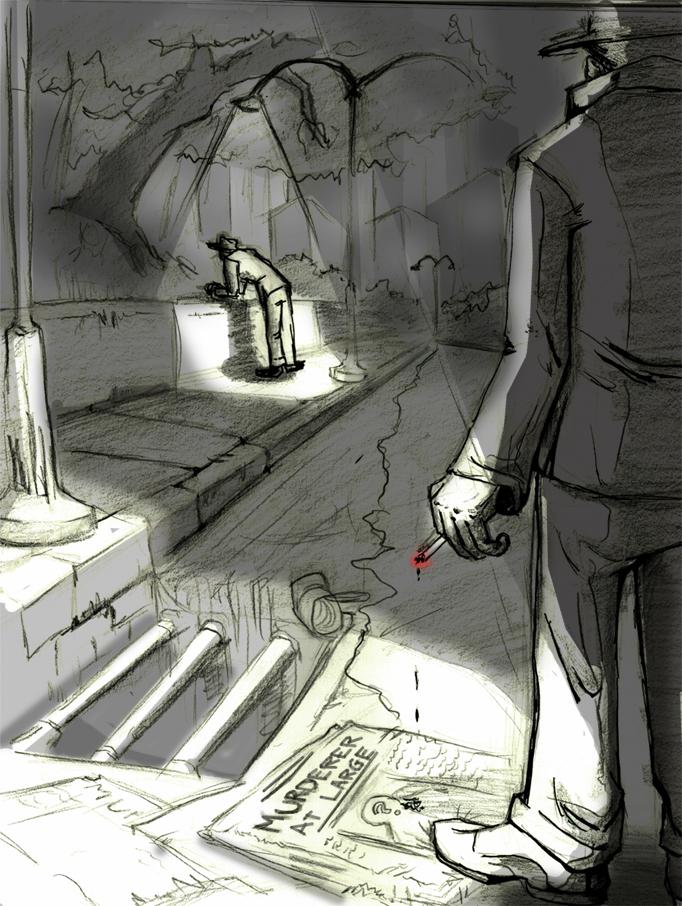 I tried to pack as much narrative into one image as possible. Wary that some details might be hitting the view over the head, but I've always been a fan of comics and I firmly believe that an entire panel can tell a story or should allow the viewer to make up their own exciting story.

I wanted to add a little bit of color in just for fun. I messed the the background a bit just to help maybe establish the characters more.

I wanted the looming figure in the foreground to be identified with the city in the background; large and unmoving and dangerously lit in an orangey red. I want the viewer to hopefully remember this image (if it were the first) so that later they can continue to identify this character with the city scape. I imagine he would be a mob boss, or someone with a lot of money, someone who held so much power that they were the city.

Orange and red would be danger colors. Lighter yellows and calmer tones would be innocence or safety.

I want the figure in the foreground to be identified with the tree; someone who is innocent and peaceful. His posture is trusting and non threateningly bent, watching the water under the bridge in the same way that the tree is bent naturally and calmly, but at the same time precariously perched on that hill it's grown on.

This image was inspired by an image from the comic 'The Spirit' and from a frame from my favorite movie 'Amelie', and a bunch of detective movies that I love.

I had a lot of fun with this image! I hope you enjoyed looking at it. 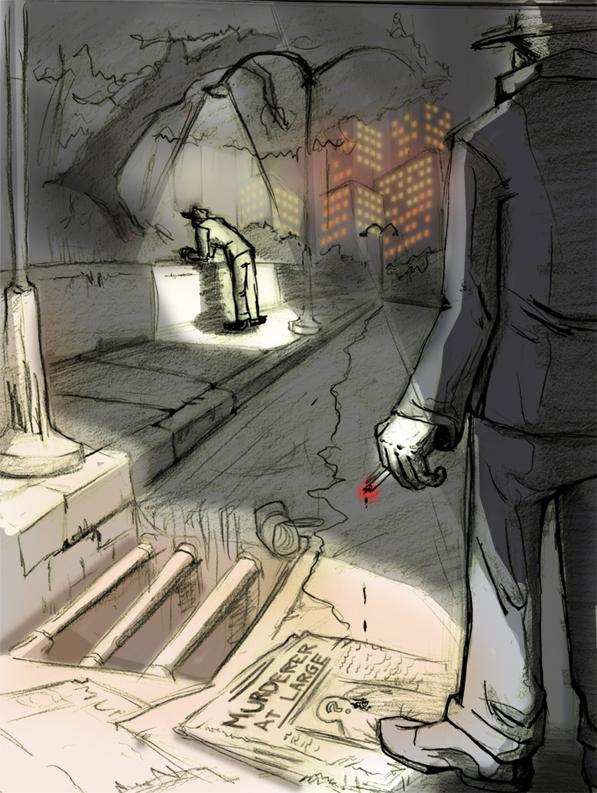