This is the second draft of my sketch. I still like the idea of kids/best friends taking a leap of faith as a concept. For whatever reason, the movie Radio Flyer kept popping into my head. 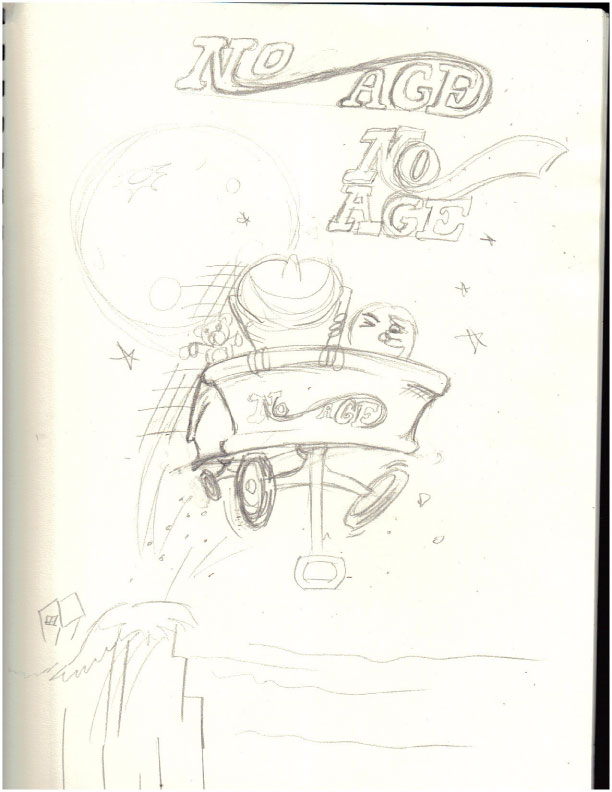 Currently working on a second draft of what I think is my best idea. These are the concepts I came up with so far, admittedly they are poor quality.

I chose No Age as the band I wanted to work with and I based most of my concepts from their album Nouns. Themes being homes in awkward places and what I interpreted as love. And others that were just visuals that I came up with based on the band name.

1) Is a kid with a magnifying glass on a robotic army ant that's fighting back with a laser.

2) Two kids in capes, a boy and girl with swings in hand, at the top of a swingset ready to jump for what is presumably going to be a most epic ride. (This is the one I considered my best and am working on)

3) Band members floating around in a "fish bowl"

6) Kind of cliche, but basically 2 halves creating a whole concept. (still kind of fond of this one. ) 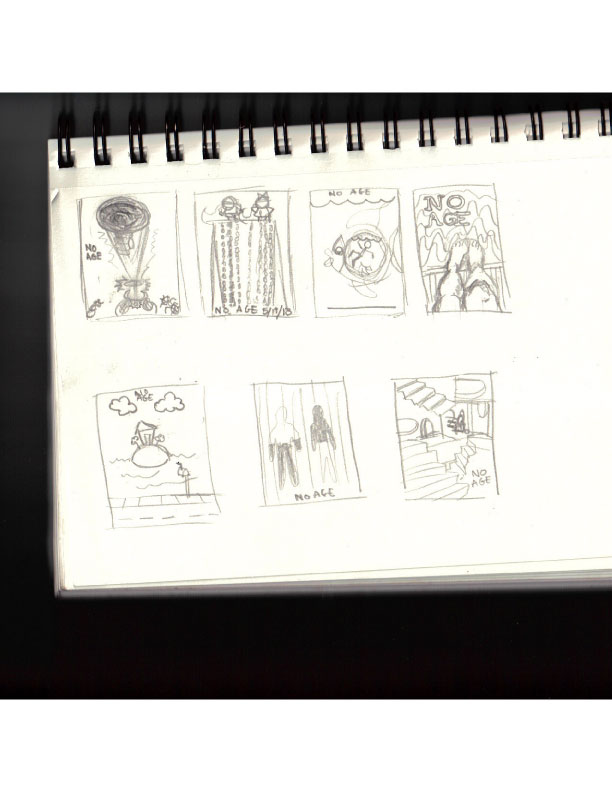