You've already seen the shots from the course, so here are a few more images I've taken at night over the years!

This was shot in the NYC Subway after dark in Queens, New York. Saw the opportunity to capture the natural framing, and I also really loved the light. This was shot at 35mm f/1.4, 1/200 sec, ISO 400. The edit here is fairly minimal, with the tone curve during most of the work and a bit of orange/yellow added into the shadows via split toning.

These three images (below) were shot in the small town of Takayama, Japan during the Takayama Matsuri. All shot at Shot at 55mm, f/1.8, 1/125 sec, and ISO 2000-4000 ISO. It was crowded so the first two shots contain foreground elements which are actually other attendees. I really like how they frame the shots. The edits for these were quite simple. Basic adjustments were made, followed by color and quite a bit of selective adjustments to brighten/darken certain areas of the images.

These last three images were captured in Chiang Mai, Thailand during the Loi Khrathong festival every November. We were in a field that was completely dark, and the only light here is coming from the flame in the lantern. The light was nice and very warm, and happy with how these came out! 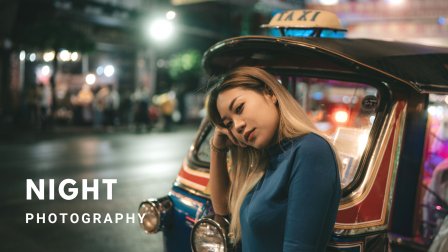