Night Birds are a surf punk act from New Jersey. Their sound is pretty heavily rooted in horror movies, as is their usual iconography. Their upcoming spring tour is bringing them through the Midwest, hence the current tour poster, which features cows. 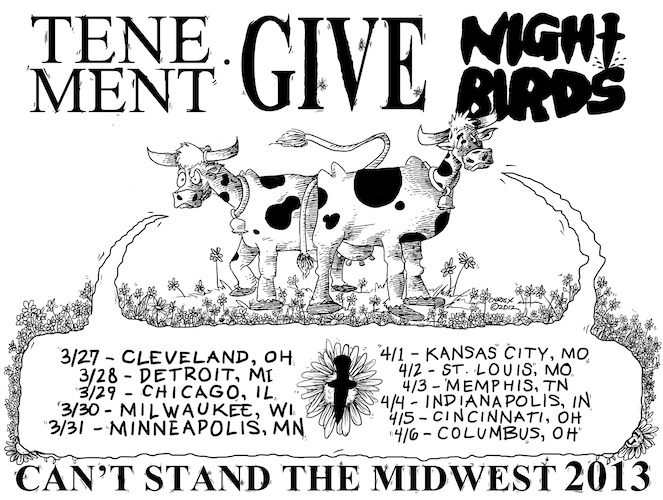 I thought that it would be better to promote their upcoming show in Kansas City with something that calls more to their actual sound, as well as to something that more accurately calls to the view of punk in Kansas, even currently. My intent is something somewhere between the Sex Pistols' infamous Daily Mirror cover and an old-school movie ad. 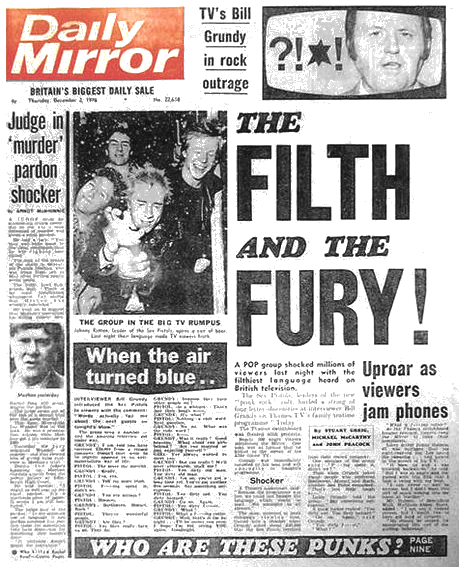 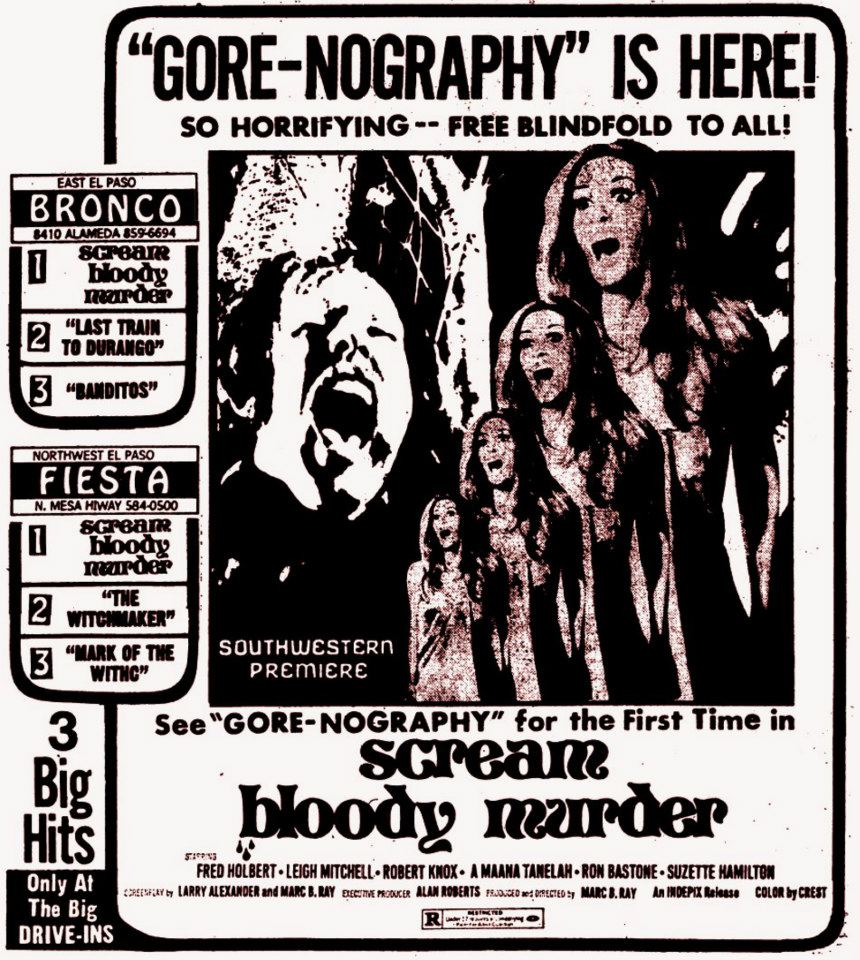 To start, I've been sourcing pictures of frontman Brian. His face when he performs is a lot like the screaming mouth seen above. 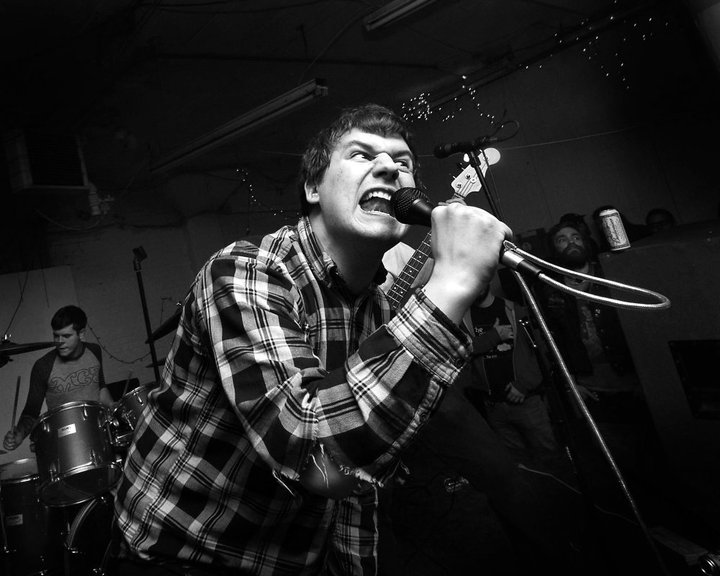 I grained the hell out of it in Photoshop, which has given it the look for the Pistols' image, but I'd really like to make the entire poster look a lot like it's a full-page spread, with the Pistols' image the front page, and drive-in spot on the back page. 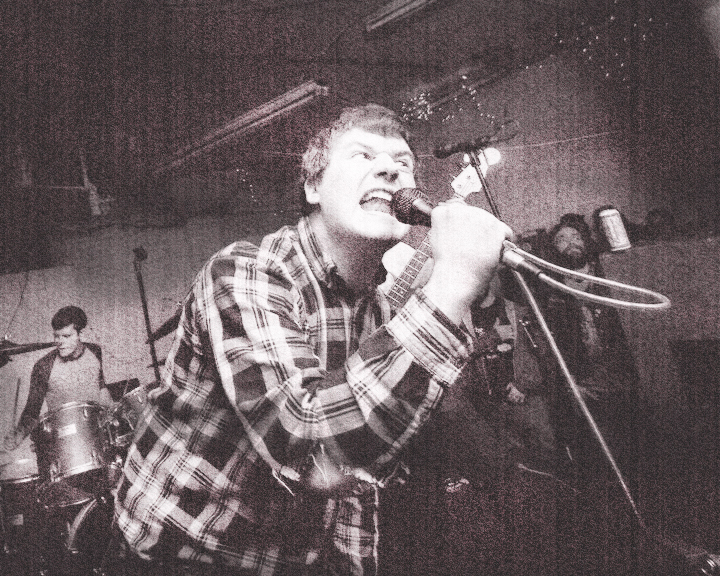 The text is going to require the most amount of work, especially with their being five bands on this bill, and wanting to give Night Birds the most notice. I'm eagerly awaiting what help might be given regarding text.