So I got asked by a friend of my sisters to design her a logo for her business. after about 4 years ? maybe closer to five since graduating art school and doing not a lot of artwork at all since bar a few personal projects and being constantly annoyed about it I decided to give it a go.

So Nicole does Micro-blading which I had no Idea is a thing; being a typical man, basically Its a part of the beauty industry in the semi permanent make up category. If you think your eyebrows are looking kinda thin or funky, a micro-blading artist will use a little tool which looks a bit like a craft knife but with long thin teeth at the end (I'm making this sound so appealing...) to literally draw you some new brows, the thin teeth help create lines, thin lines to mimic hair and make your eyebrows look thicker.

Up to this point Nicole had some ideas after a bit of a runaround with a graphic designer who did something ignoring them, to say I felt a bit nervy that she was choosing someone who was a bit of an- ok, a complete amateur is an understatement.

Decided that the brand values etc would be centered around handcrafted, handmade and brushwork

So she sent me a few examples of logos she liked and gave me a few points to focus on:

* She's the brand, she's self employed so her name needs to be the logo- or at least her initials do 'NG'

* She wanted the micro-blading tool to be referenced in some way, its literally the tool of her trade

That's it. other than that, free reign. Exciting and fairly scary. Let's do this.

I came up with three Ideas for her based on eyebrows and the micro blading tool and one straight up watercolour with the NG she liked the first idea (Gutted cos I liked the third) but she wanted to have the tool shape involved more.

So in the end I went for a sweeping stroke and used a really, really badly blown up image of a micro-blading tool (who knew stock images  of them were so annoyingly hard to find) to carve out the spies to one side. She loved it especially how it looks like a tool, a brushstroke and kinda like an eyebrow all at the same time.

We went though colours I suggested we don't go for full on girly girl pink because i think its too childish for what is an adult beauty treatment, she liked peaches and rose golds though so got some mad practice in with masking and did her a few drafts, couldn't decide on the descriptor for awhile though.

Used watercolour pencils (seemed to shine brightest) and ink she loved it so much she even asked me to do her a buisness/appointments card and some social media graphics ! I used some offcuts and spatters from my experiments to keep the the theme tied in., so heres a peek;

Absolutely loved this project, learned so much and happy happy client, Thank you loads Teela ! 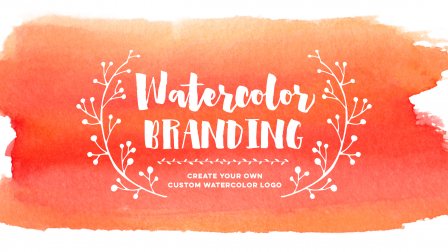