I'm going to work on designs for the legendary Nick Cave & the Bad Seeds. Their latest tour is about to hit Australia.

I love the dark moods and themes that run through their music but also the wicked sense of humour that comes through some of his lyrics. They can go be soft / sleazy / aggressive / croony / saucy and loving - sometimes all in the same song.

In Sydney they will be playing the Opera House and Enmore Theatre - both Sydney icons.I'm also lucky enough to be going to one of the Opera House shows on the 28th - just before this course finishes!

18.02.13ok so I feel like I'm dragging behind as I'm on a roadtrip for the next 8 days so I hope I can continue with ideas and designs.

I've decided to go down the seedy / dark road that their music takes. A lot of their stuff and Nick's lyrics deal with love, obsession, sex and desire but often on the seedier side - the aspect of beauty juxtaposed with something dark or unsettling.

so, the 2 concepts I'm liking best are these:

Concept 1 : an imagined alley in The Rocks, Sydney (an old and historic area just near the Opera house where they are playing next week). I'd like to turn the scene into a night scene looking down a winding alley with the Opera House sails just poking out on the horizon so it's not too cliché, with puddles that reflect neon lights of seedy hotels / guesthouses.

Our view is from the top of a set of stairs and has a single flower and cigarette dropped on the ground. the shadow of a man (maybe Nick) is subtle there and maybe a woman's silhouette in a window, all the colour will be minimal and glowing, I hope to achieve something along the lines of the work by the very talented Kilian Eng whose work is shown below.

The band name and maybe one or 2 other references to songs will be written on the hotel signs. 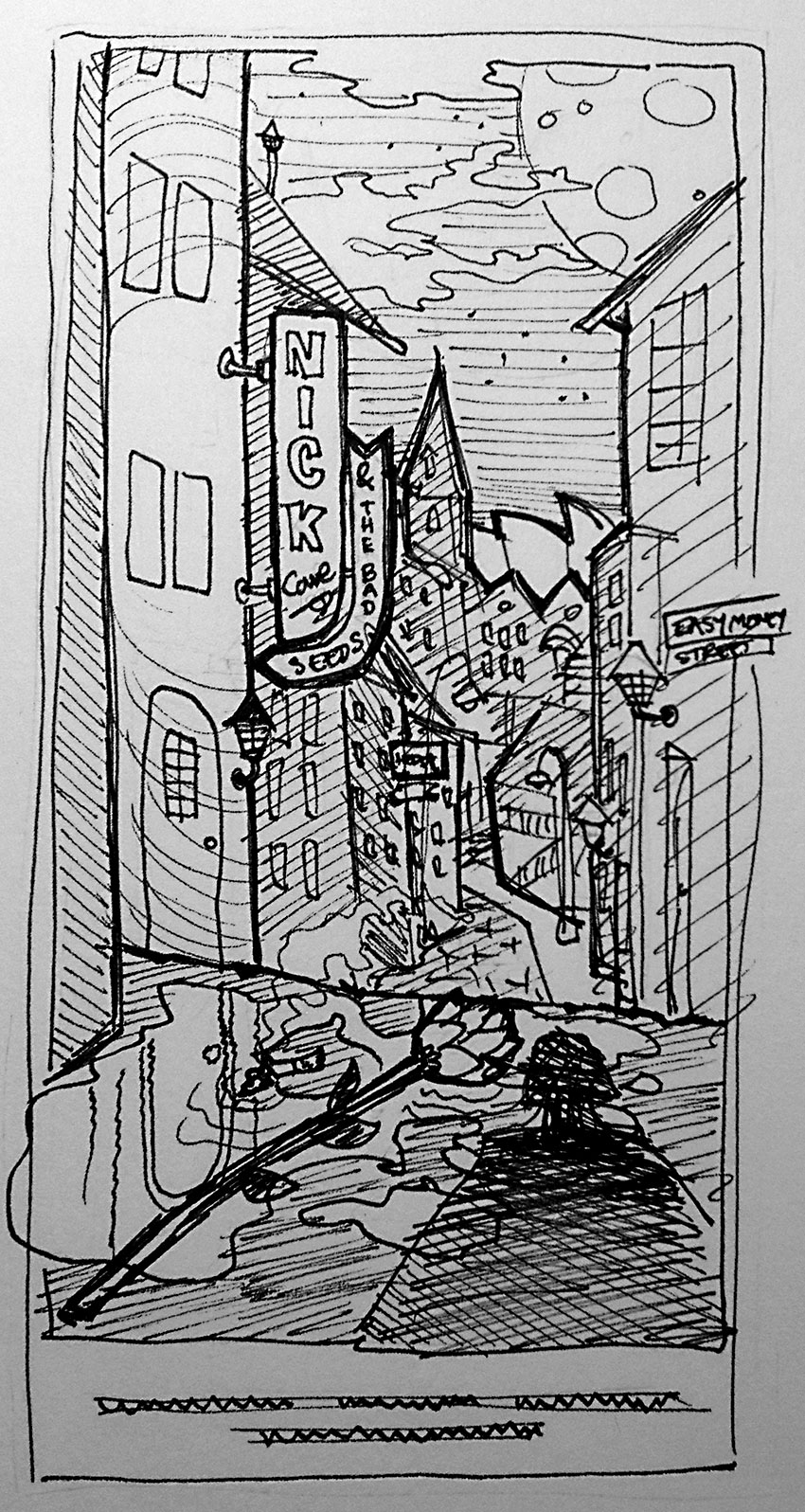 Reference : Location, this how it looks around The Rocks, you can see the Opera House in the background of the first image. 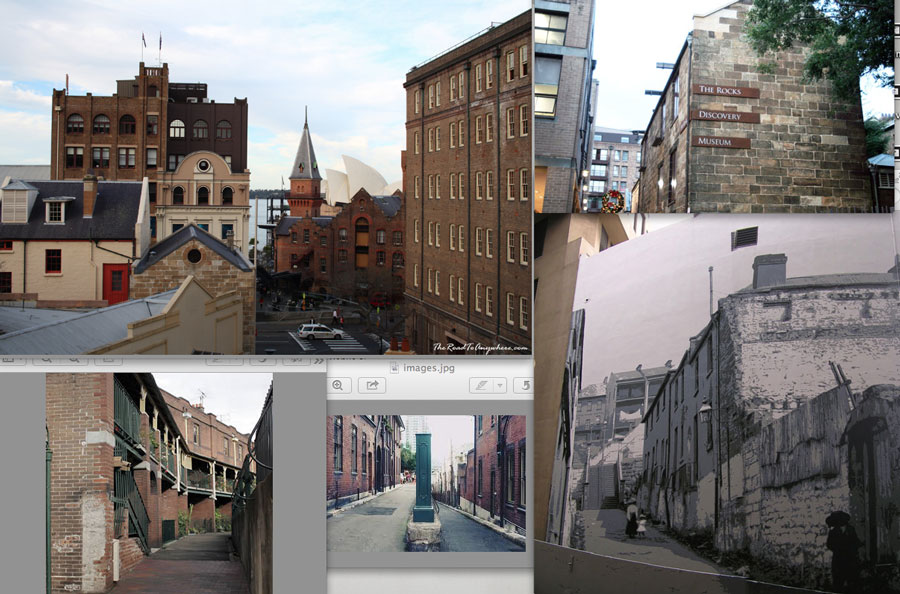 Reference : Mood, the sort of light and reflections I want to emulate 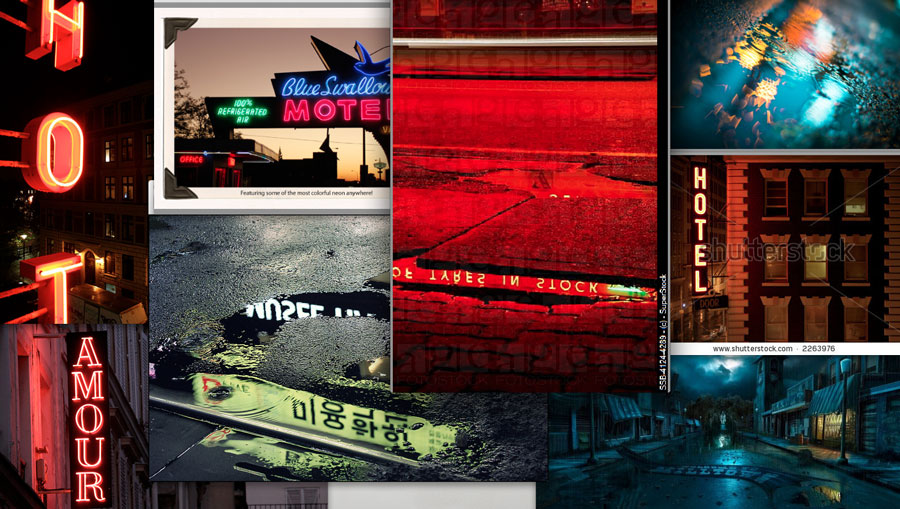 Reference : Style, I want to use dramatic lighting combined with a limited colour palette to make the important things pop 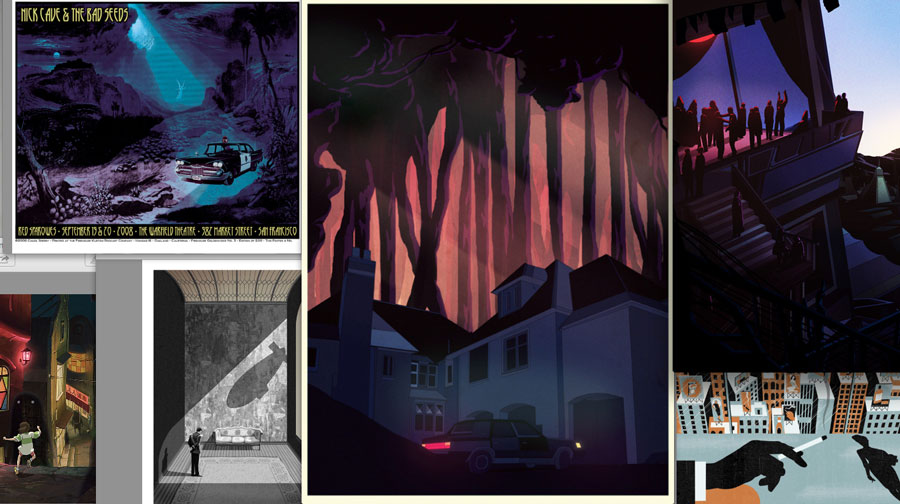 this one is a much simpler idea where the viewer is looking down on a dressing table. There are numerous things there to suggest it is a woman's table such as perfume, makeup, and other items.

There is also a bunch of wildflowers, a mans wallet and a smoking cigarette to add that level of questioning as to whether this maybe a prostitute (which feature in a lot of their songs) or just a love affair. The band name would be written in smoke and on the wallet. 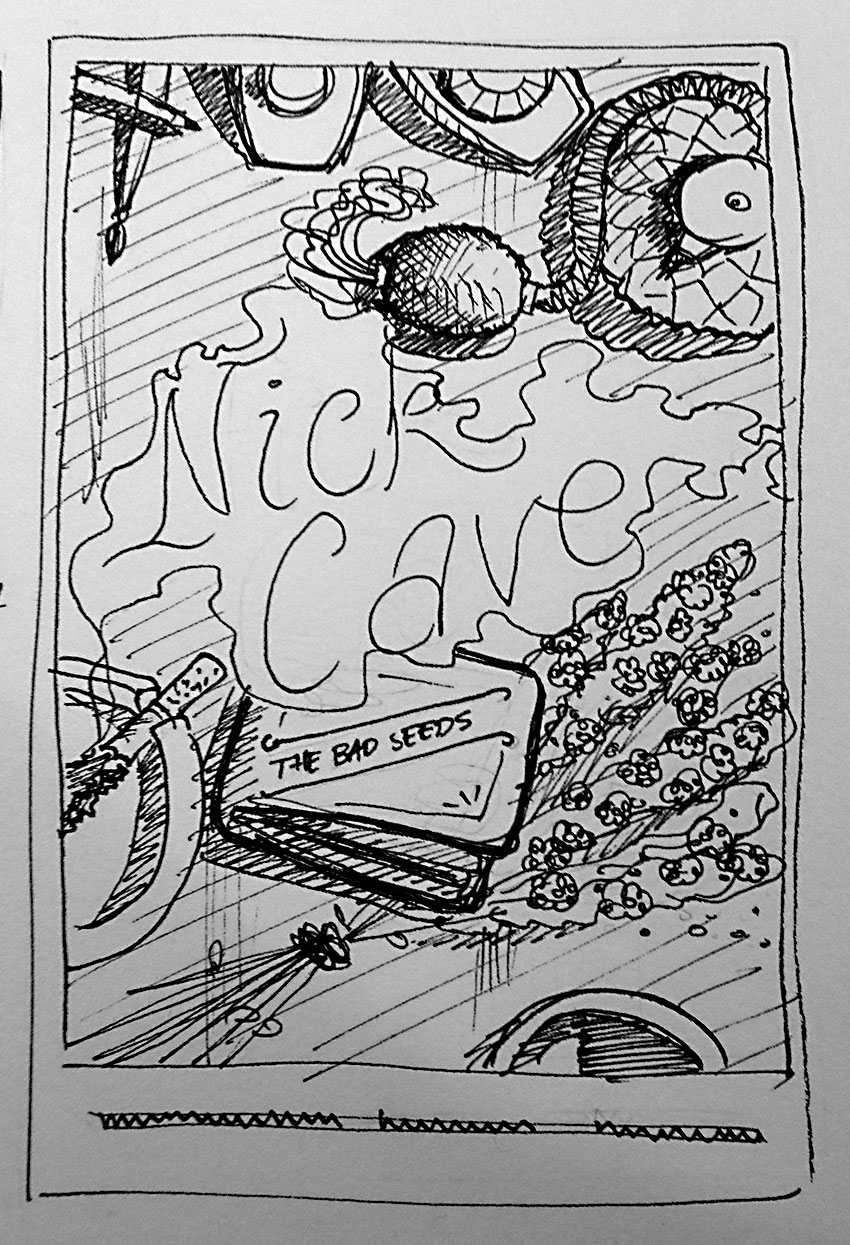