I really loved the technique Kelly showed us so I tried to do something similar for my project.

I started with a bunch of sketches of a bunch of different words but ended up choosing this "2016" lockup to celebrate the new year.

Then, I brought it into Illustrator and played with weights. I ended up really liking how it looked a a uniform weight with rounded edges.

After that, I sketched the swirls around the numbers until I ended up liking how they were situated. Then, I used my brush pen to ink everything.

Once that was done, I erased some parts so that it looked like the leaves were weaving around the numbers, fixed the colors, and added shadows and a vignette.

Like I said before, I used a lot of the same techniques that Kelly showed us so the end results are kind of similar. The swirls and calming blues represent the peaceful new year I hope we all have :) Thanks! 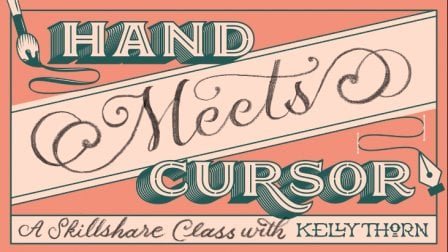