I did a competitive review of four sites of relatively small, new ad agencies operating on a more modern model: 72andSunny, MUH·TAY·ZIK | HOF·FER, BFG9000, and the Brooklyn Brothers. I found a lot of consistency across three of the four sites. Most used very simple horizontal top bar navigation and were topic oriented. Explicit audiences definitions were rare. The sites preferred "show" to "tell," with each employing video and images to communicate what they do. The outlier was Brooklyn Brothers, which has a noisy look and feel, with multiple image tiles on the homepage and right sidebar nav. The full competitive review is available at the dropbox link above. Home pages of each site follow.

The site's main audience is directors or VPs working in innovation, PR, digital, or communication functions in Fortune 500 companies. They use a lot of different agencies for a lot of different work and are frustrated by the high cost, low quality, and slow pace of the deliverables they receive. They want to work with an agency that incorporates strategy; understands brand; has experience with earned media, digital, and social; and doesn't outsource creative or production. The persona is an amalgam of several current clients. 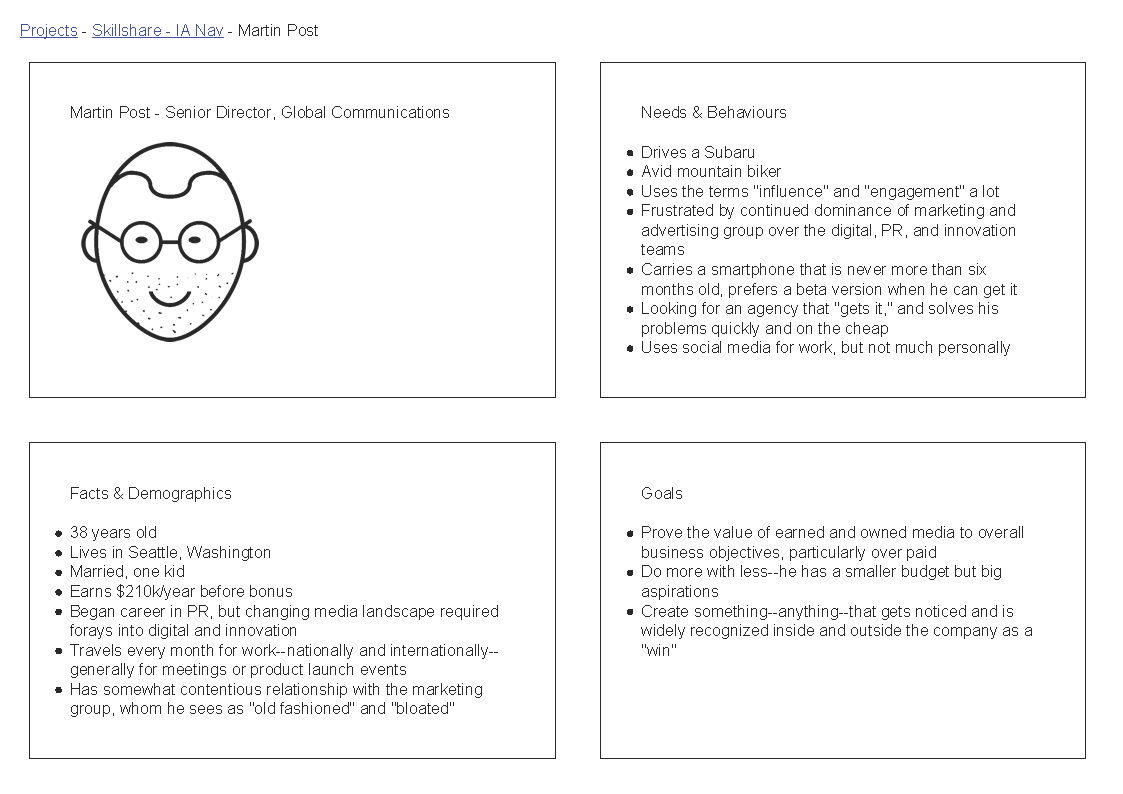 Most agency sites are spare, with four or five main navigation categories and no submenus. To come up with 30 content items, I used variations of the same types of content (e.g., staff pages, news items, examples of work) as well as content items that will likely only be accessible after logging in. I am recruiting two distinct types of users for the card sort. The first is similar to my persona (see above). The second is potential working partners, including production companies, directors, VFX artists, editors, copywriters, etc. The Optimalsort survey is live, and I have begun collecting responses.

I got 7 completed card sorts so far and am basing my initial IA on them. Sorters agreed on a lot of content categories--down to the names--which made it relatively straightforward.  My site map includes the fewest categories suggested by the sorters, as my client prefers simplicity. A few content items, such as the list of current clients, need to go in multiple places. In these cases, I put the content in one place, but plan to link to it from others. 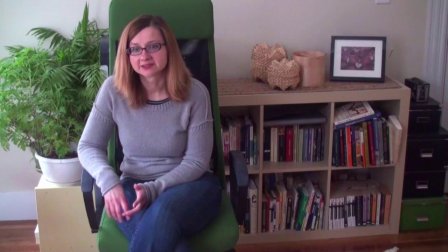