Inspired by both Cat's project and a novel by Louis L'amour that I was reading at the same time as watching the videos, I had an idea for a piece of art I could make that would be able to take several forms.

My initial idea was for a flat, geometric style animal face such as a fox or wolf which would be framed by a canyon or similar scenery with a silhouette of a person in the middle.  This animal face could also be made into a stand-alone image without the scenery and person.  In the end, I had so many ideas, it turned into a whole collection of images.

I am currently in the middle of signing up with society6 and intend to use this collection to start my shop with plans to create more works of a similar nature and others in a more cartoony-style as well in the near future.

I plan to advertize these works via Facebook primarily, but I will look into other avenues as well.  I won't upload the whole collection here, but instead I will present a sample of the pieces to give a general idea of where I went with these.  Thanks for the inspiration, Cat!

Edit: My society6 page is now up and running!  If you want to check out my work, you can check it out here. 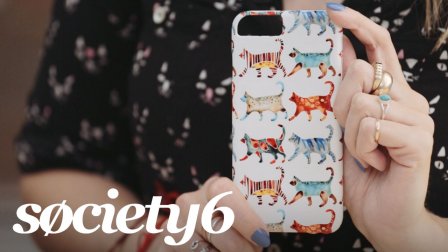