So let me backtrack just a bit.  Here's my moodboard and what I was looking at in terms of lettering and labeling.  I'll post up more design motifs afterwards.  Couldn't post up the pdf like was asked but here are the single pages. 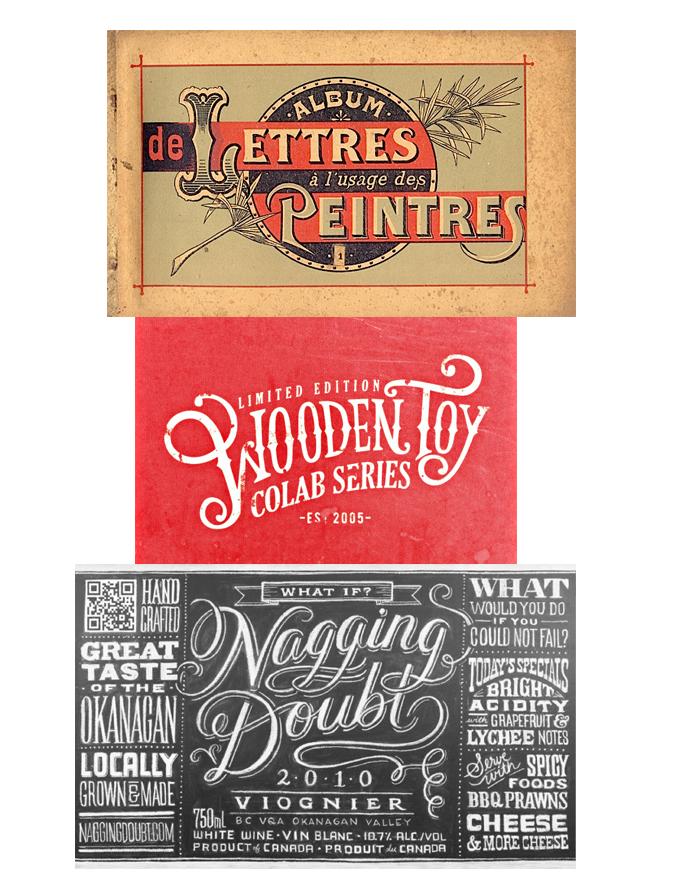 Love how the L and the capital letters look in all these.  REally like the script style in the last Nagging Doubt one. 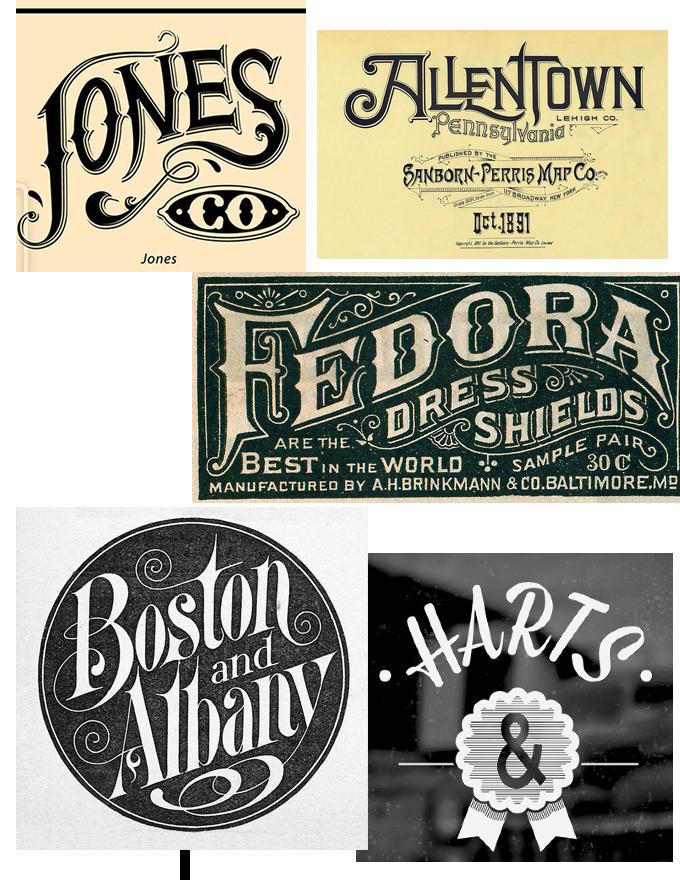 again with these, really like the serifs and the motifs each letter has.  I like how thick the HARTS font is as well. 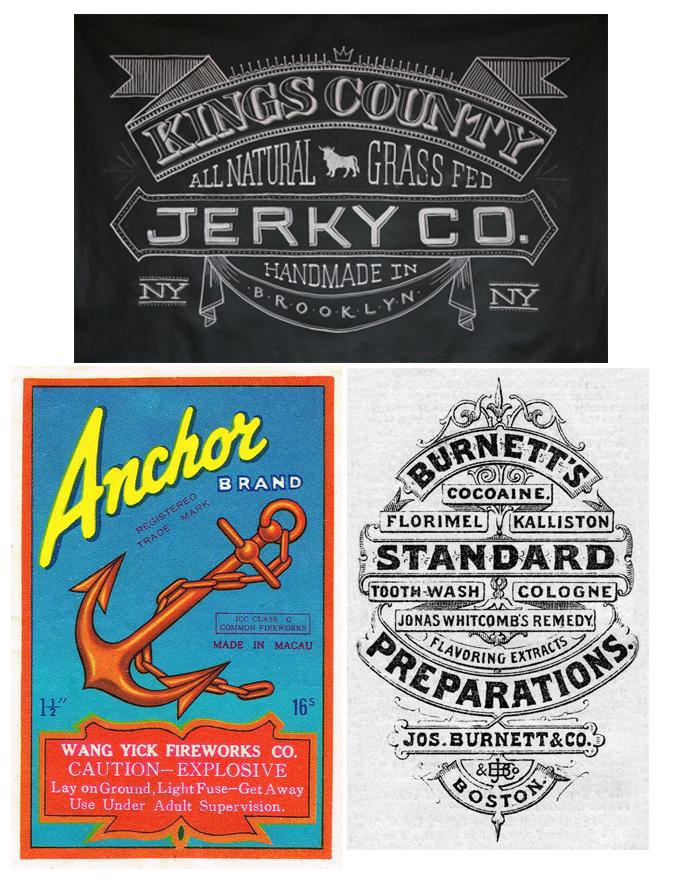 Seeing as how my project is nautical themed I really liked the anchor and the way it was written.  I might try something like that.  I'll post up more brainstorming sketches after this.  The way JERKY CO. is written I really liked.  Nice and wide.  And for the last one here STANDARD just stood out really well.

Just really love old school sign art and label art much like Jon is known for and had wanted to create a fictious brand with one of my favorite creatures out there.  So I'm working on coming up with a hand drawn font that goes with this and here are some of my initial sketches, which also include other ideas for other brands like the Hobo Bear Brew which I think will be my second piece. 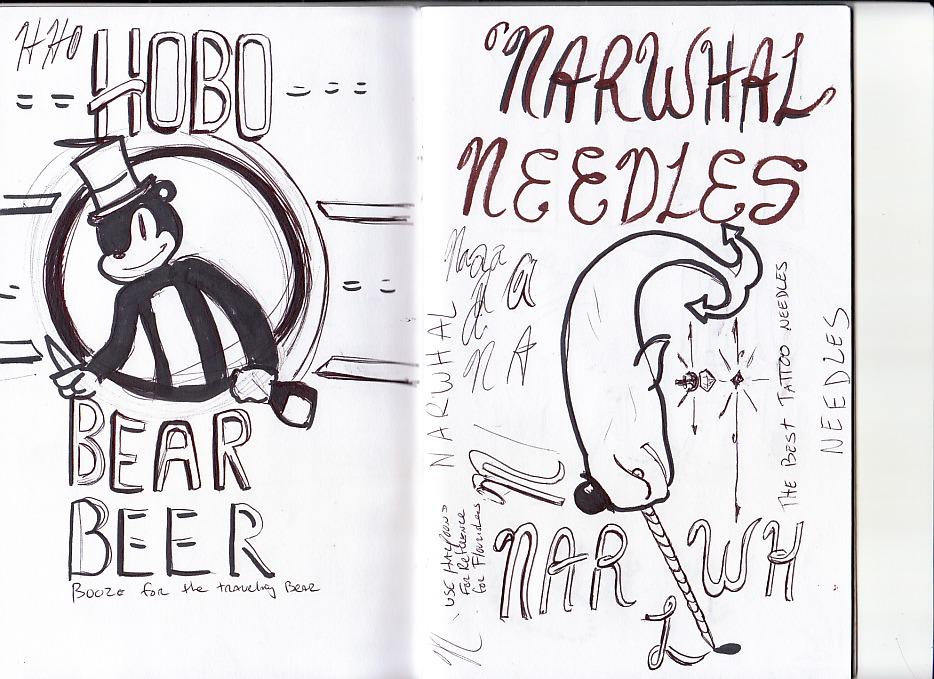 Here's some more exploration with type and creating custom flourishes in the shape of anchors.  Shady started out of nowhere, and I might use that sort of type for a cat character later on.  Maybe for another side project much like the Bobo the Hobo Bear piece. 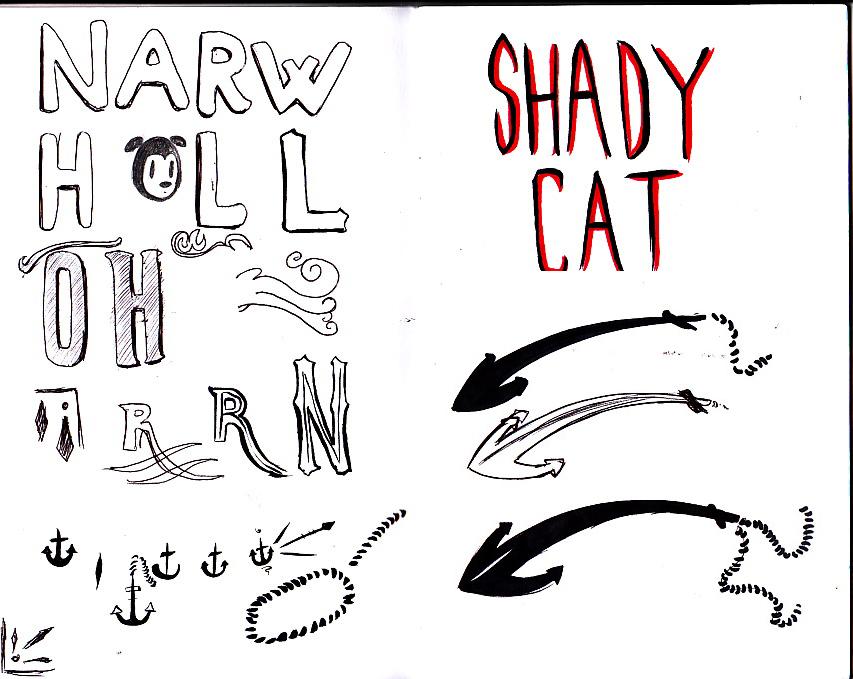 And a more refined redrawn narwhal.  I'll most likely digitize it and recreate it in illustrator. 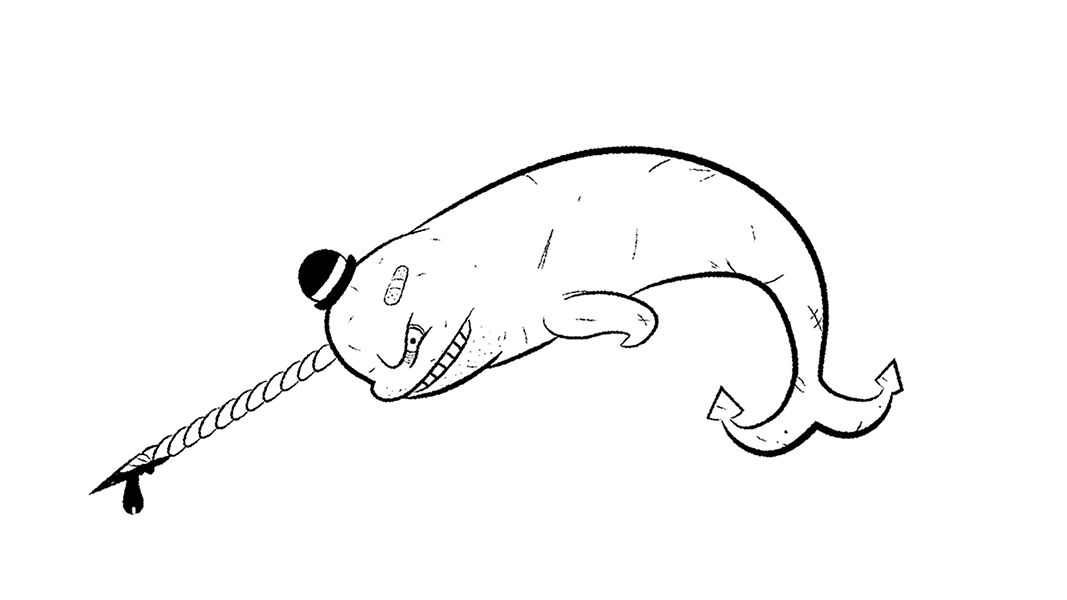 So here are some final mockups that I worked up with the Narwhal and some without and just the use of a anchor flourish and one where it's pure text.  You can also see how I intend to sell this if it was really going to go that far in the following images. 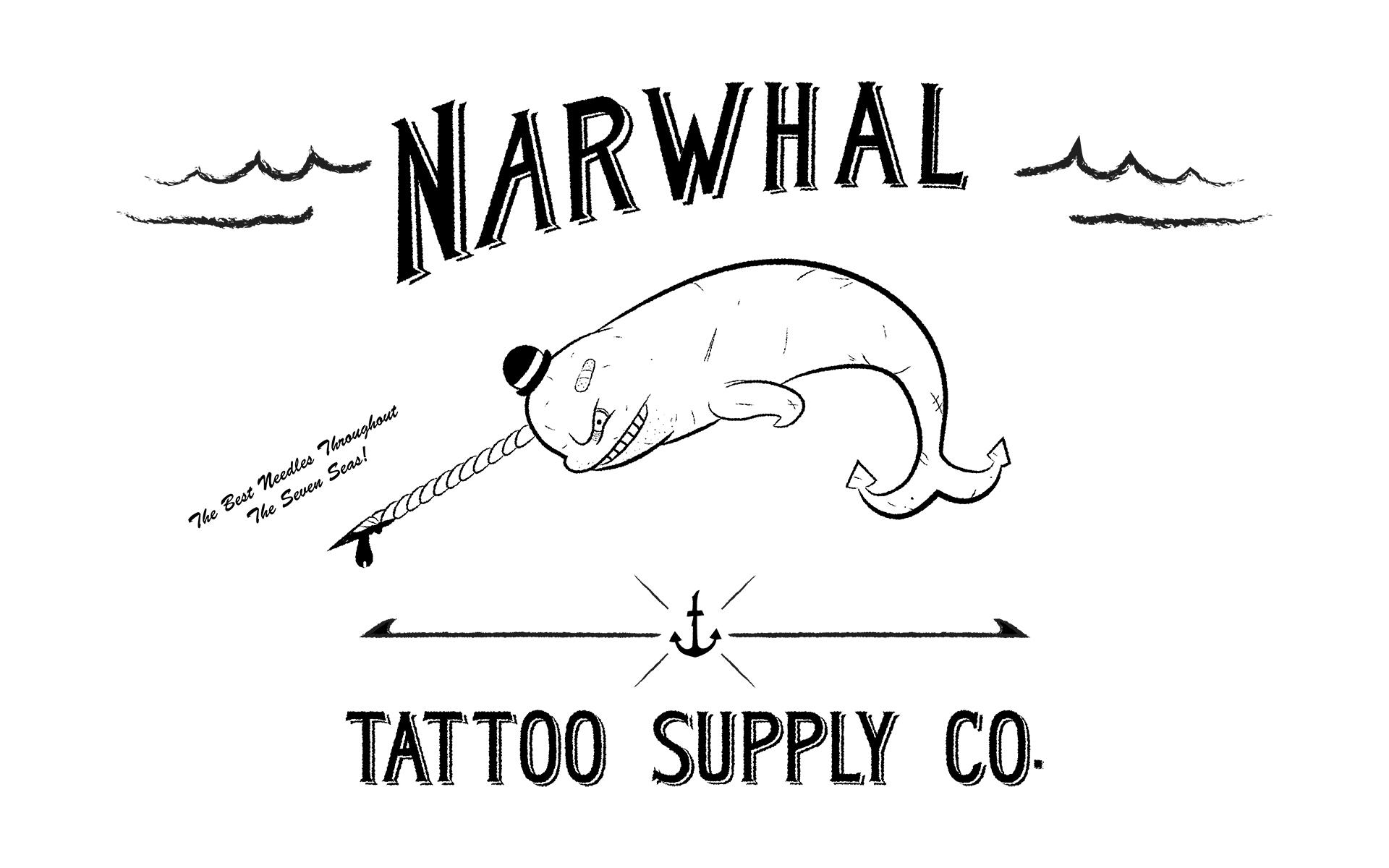 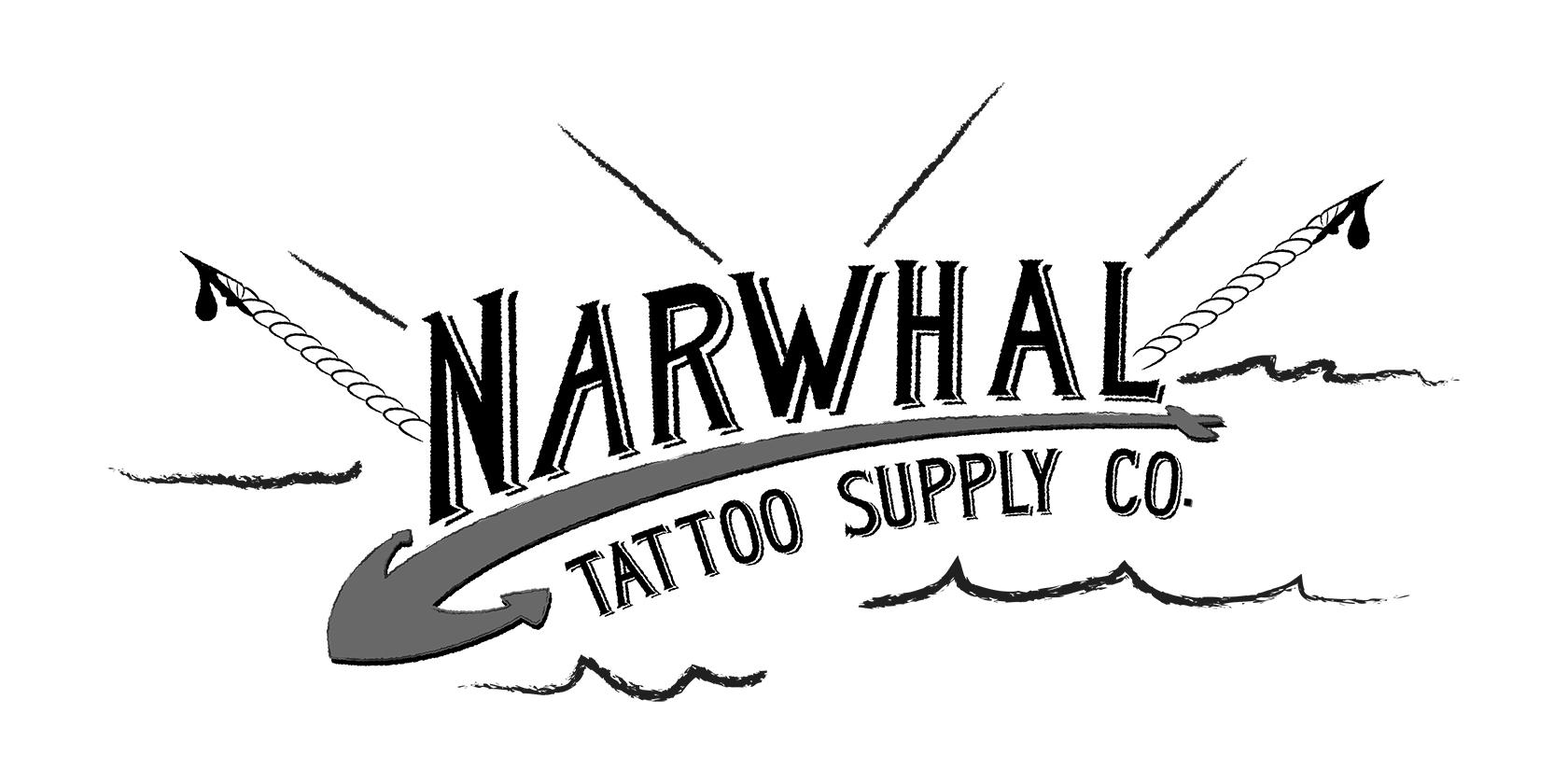 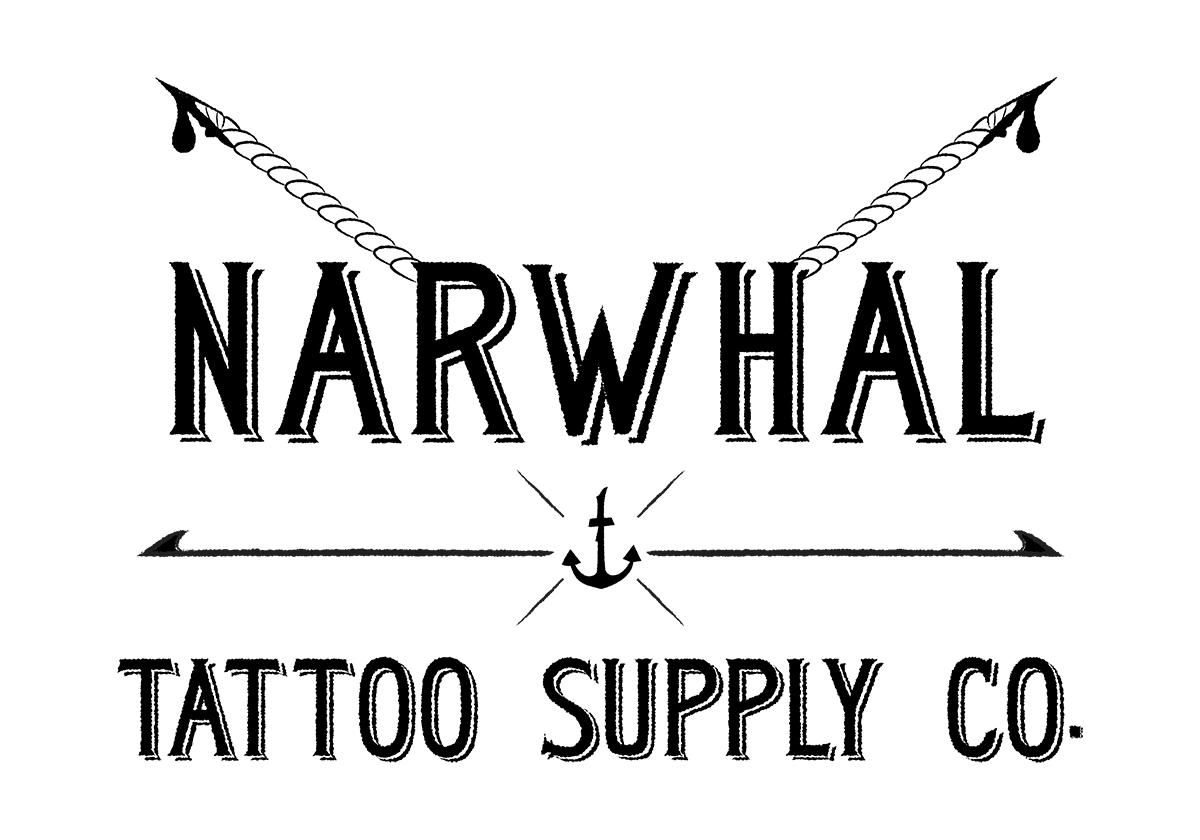 And here you can see how I'd love to realize this in apparel and gear. 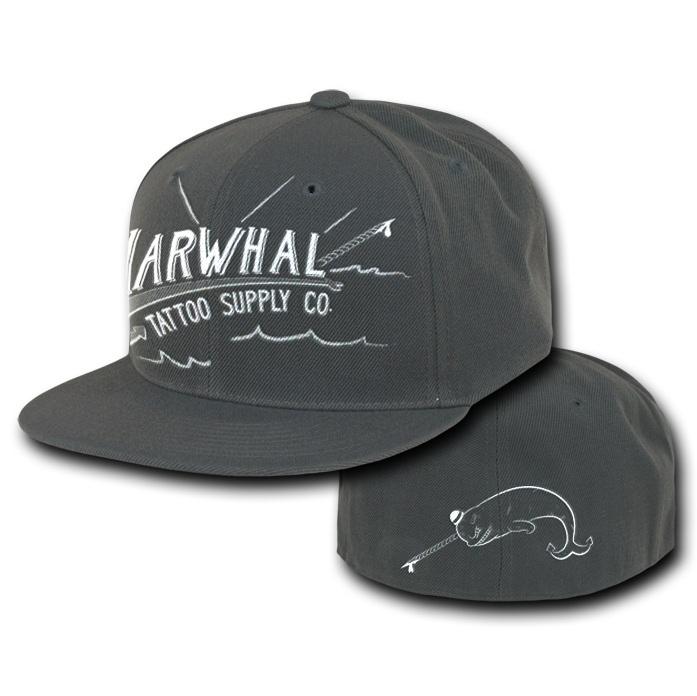 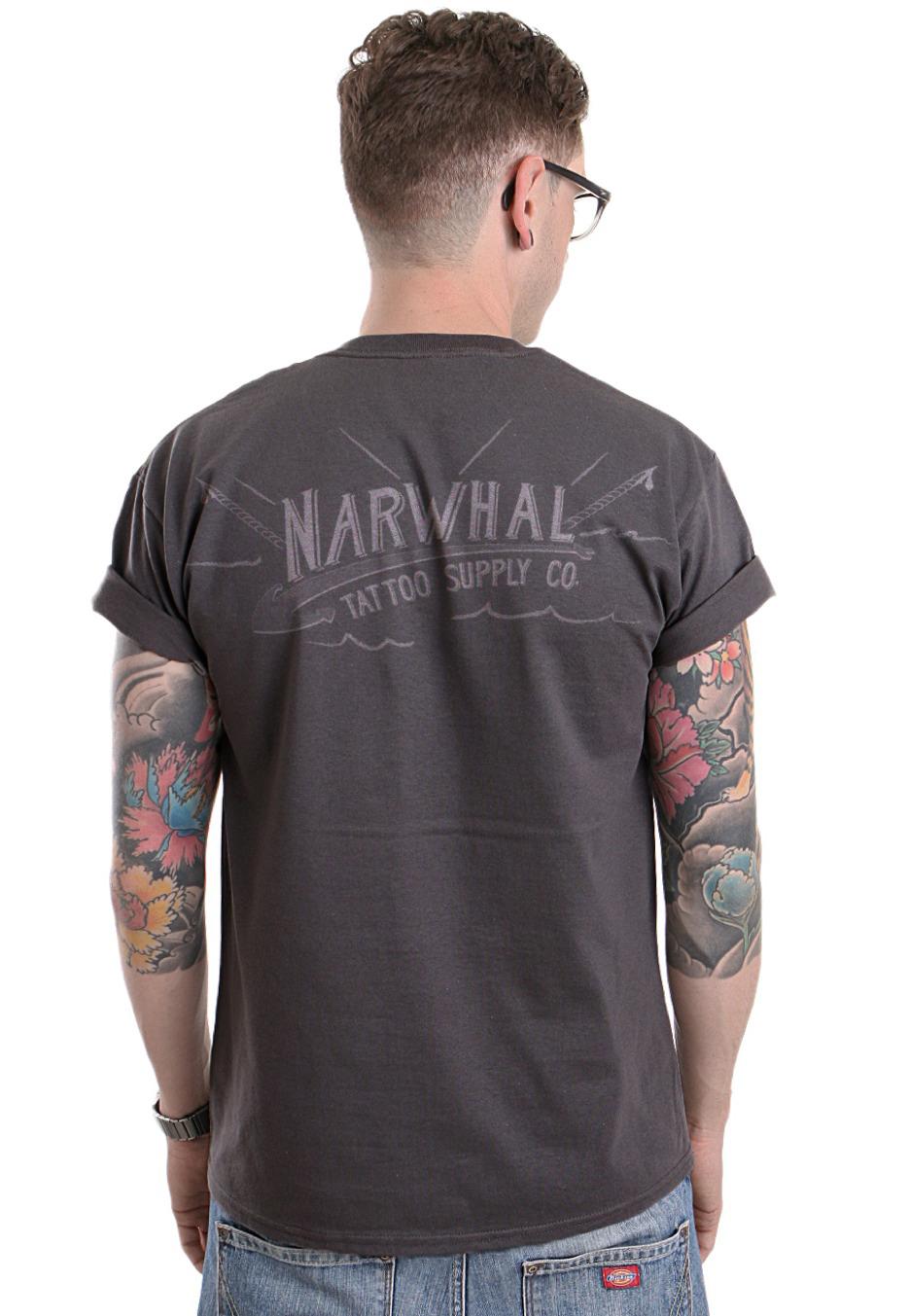 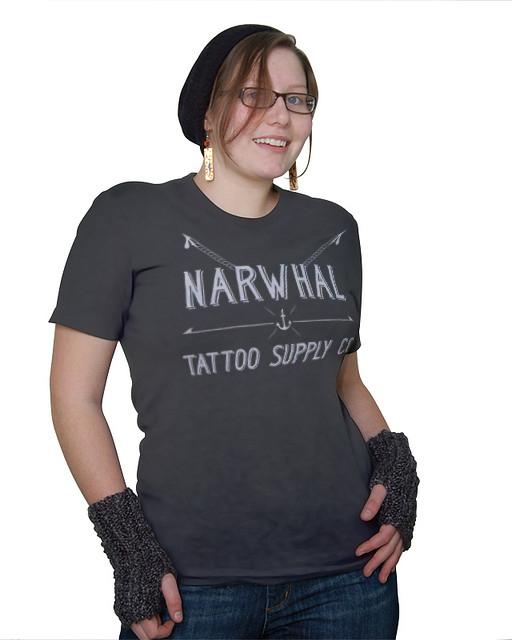 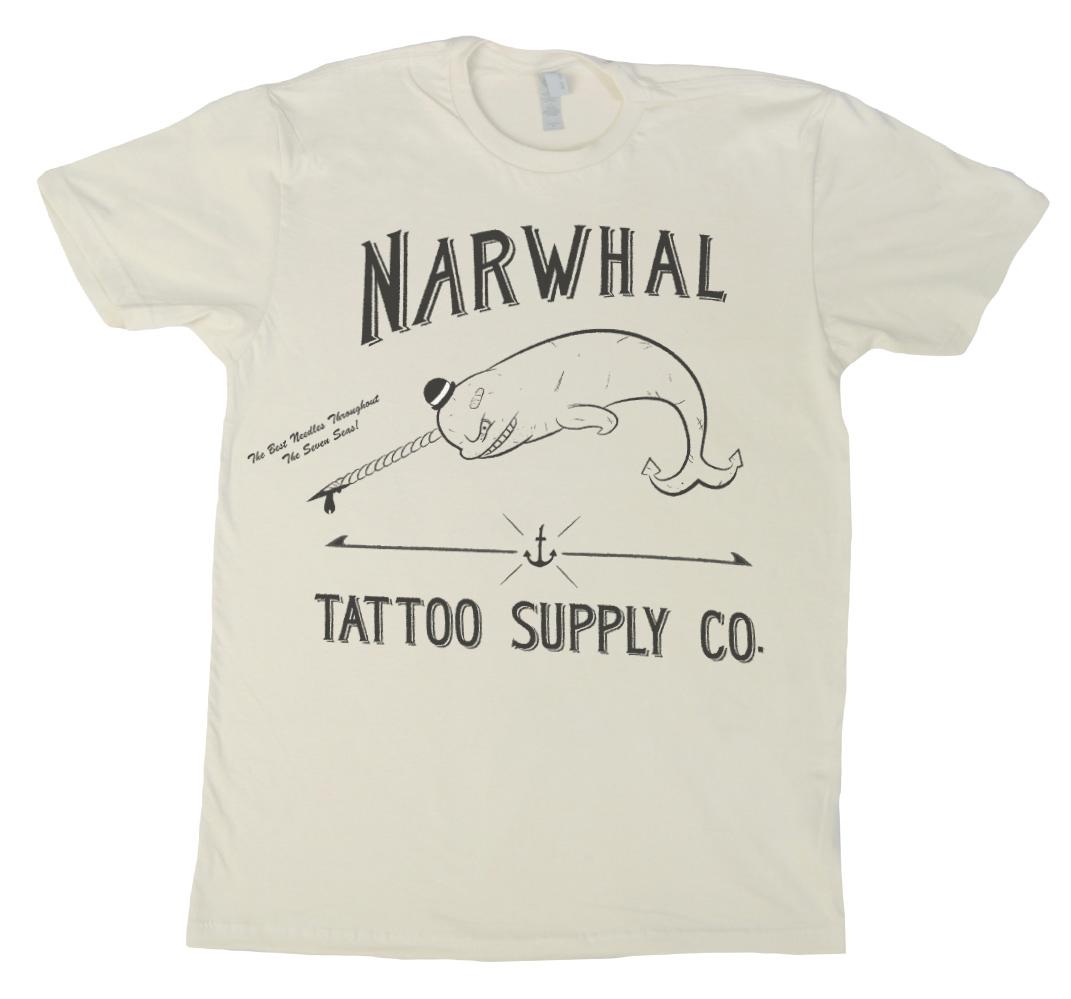 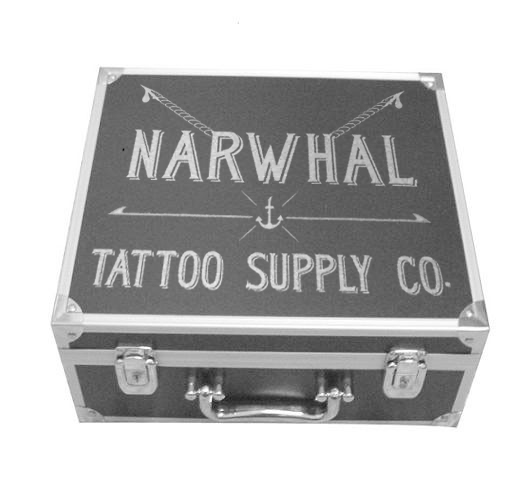 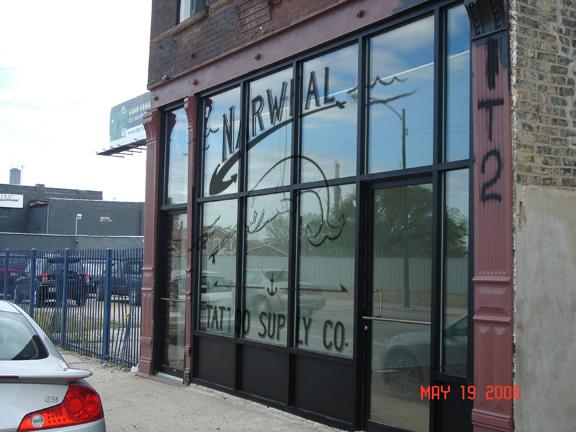