To be honest, I had NO time this week. My allergies were going crazy, too, so I didn't really want to wake up in the early morning to take pictures against a rising sun. I felt like I had a soft serve machine on my face!

So since I was so busy with work, I took some pictures there. 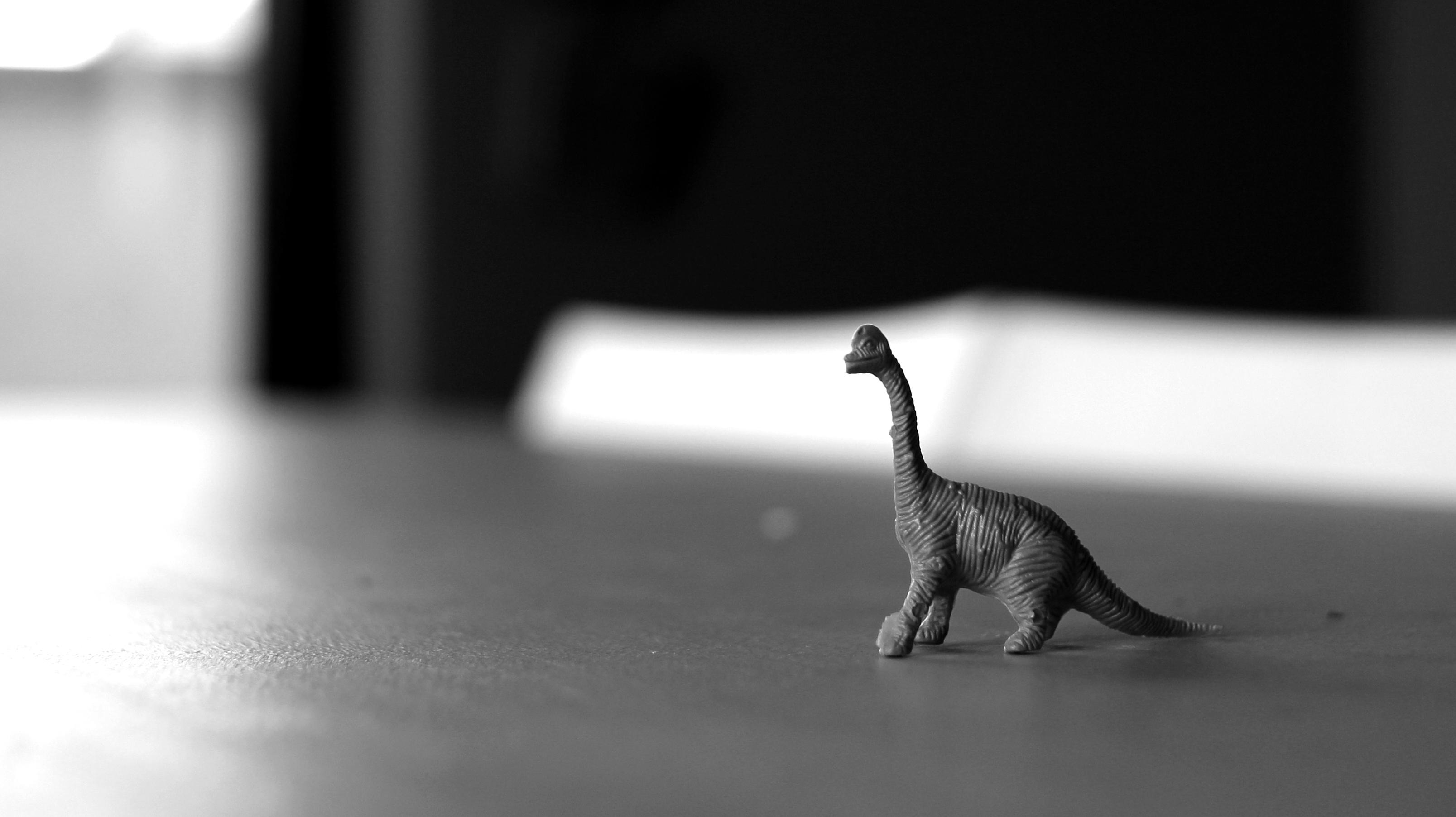 Does this count as sillouhette?? 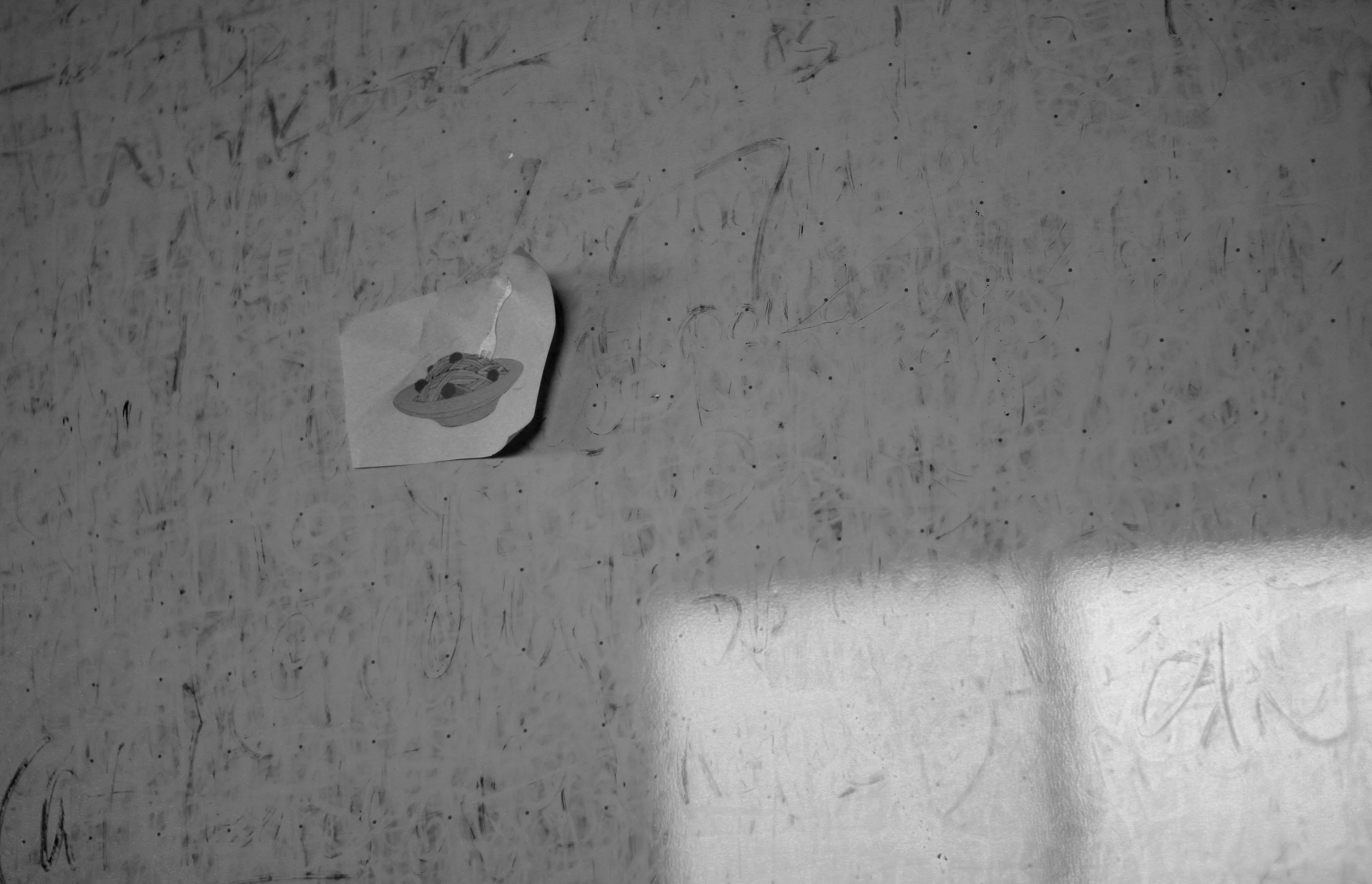 Somebody put this piece of paper of a picture of spaghetti (with meatballs!) on a whiteboard. I have no idea where it came from, but I laughed for about 3 minutes. Why would anyone be doing this??? Does the reflection from the window distract or help in this? I couldn't decide if it was a leading line or not. I couldn't take it straight on because then my beautiful sillouhette showed up and would be more distracting. 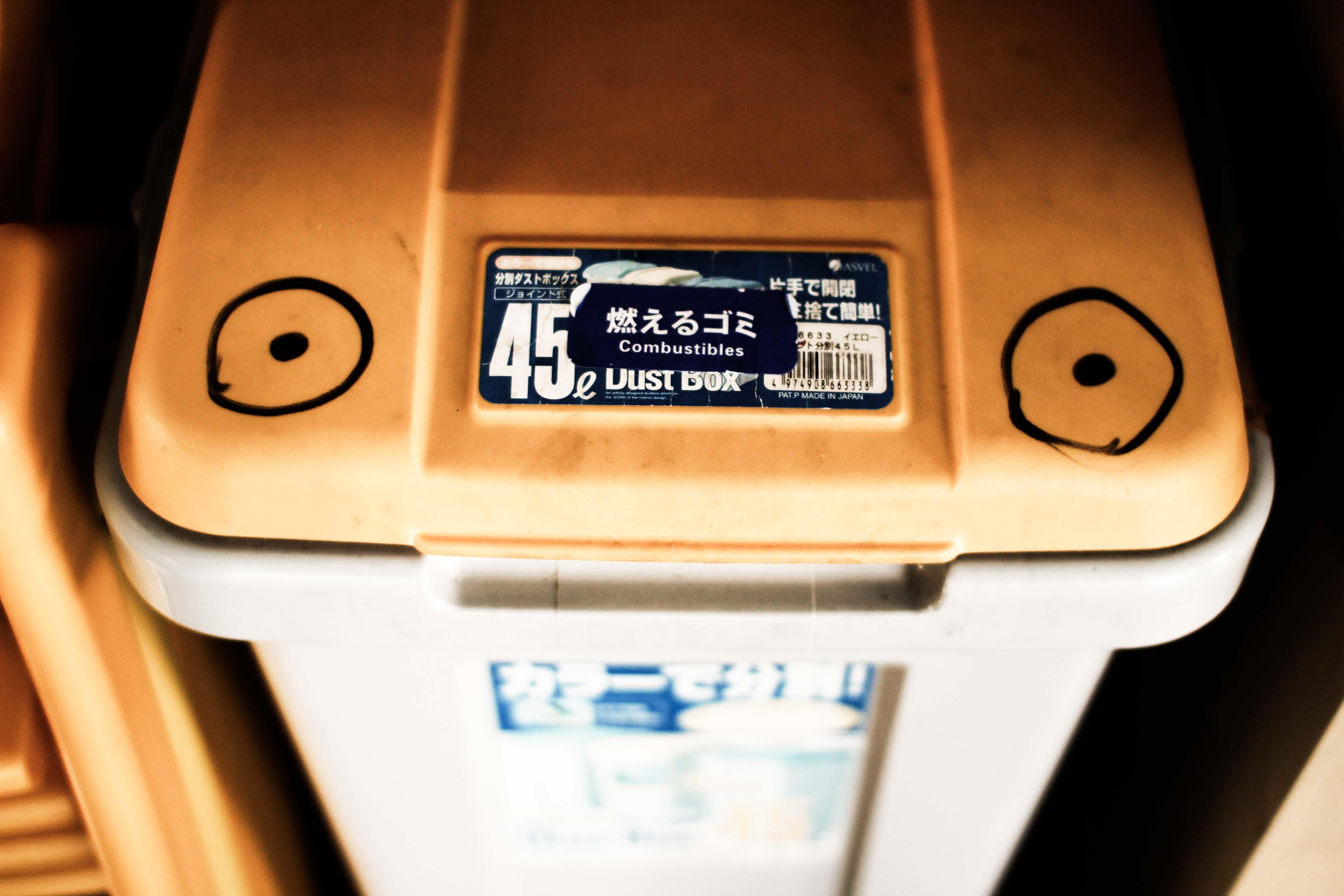 This garbage can at work has always had eyes on it. I JUST LOVE THIS LITTLE MF! He looks like he has fat cheeks. I couldn't get a good shot though withouth that distracting yellow on the side and cropping it just made it look awkward like when my kids get to close too the camera. 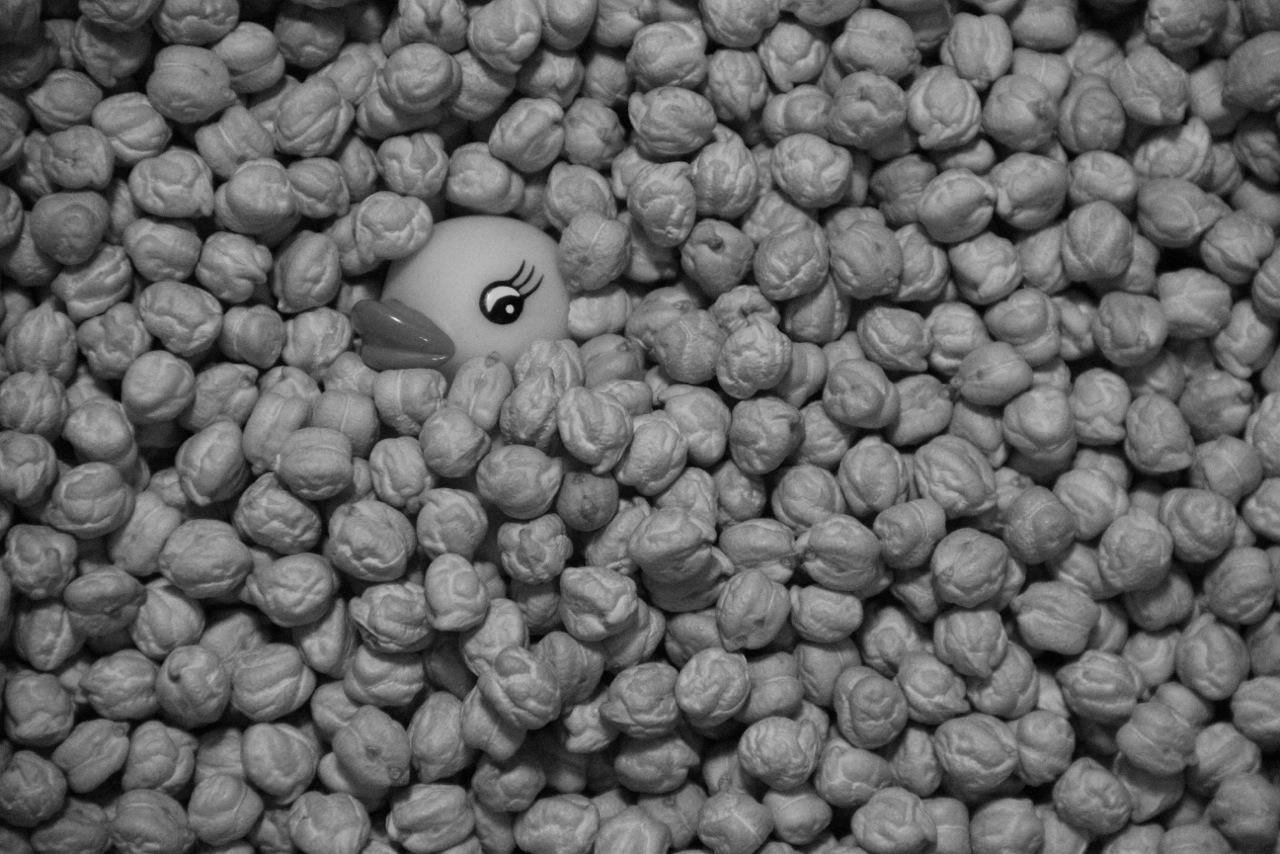 So I went home and used food again. I thought I had a toy chick but a toy duckling is good as well. I feel like it's missing something. I mean, what is he looking at!?!? 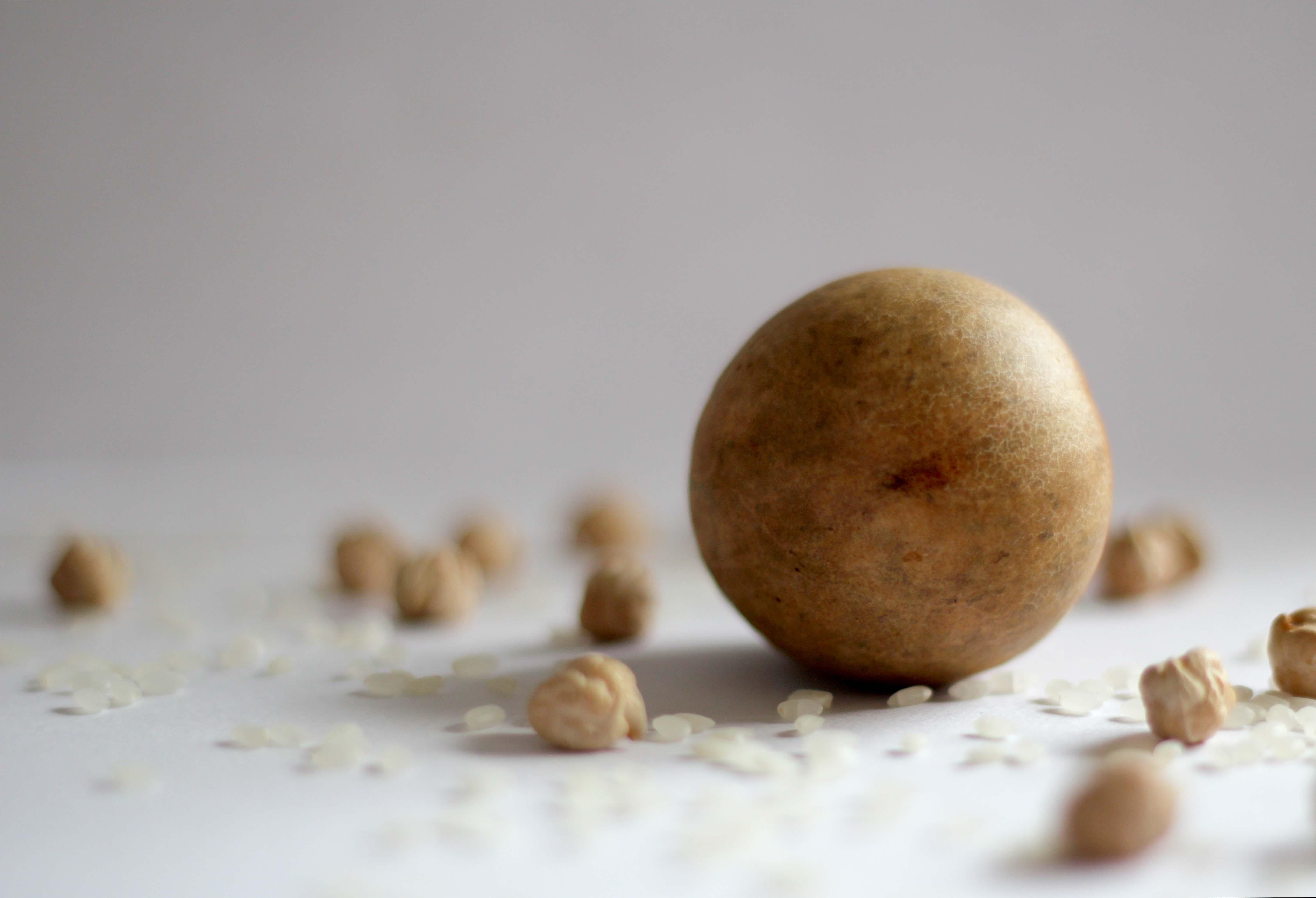 I found a bunch of round things and tried to abstract them. I feel like this might be the pollen making me sick. Or it could be planets. The big thing is really an avocado pit! 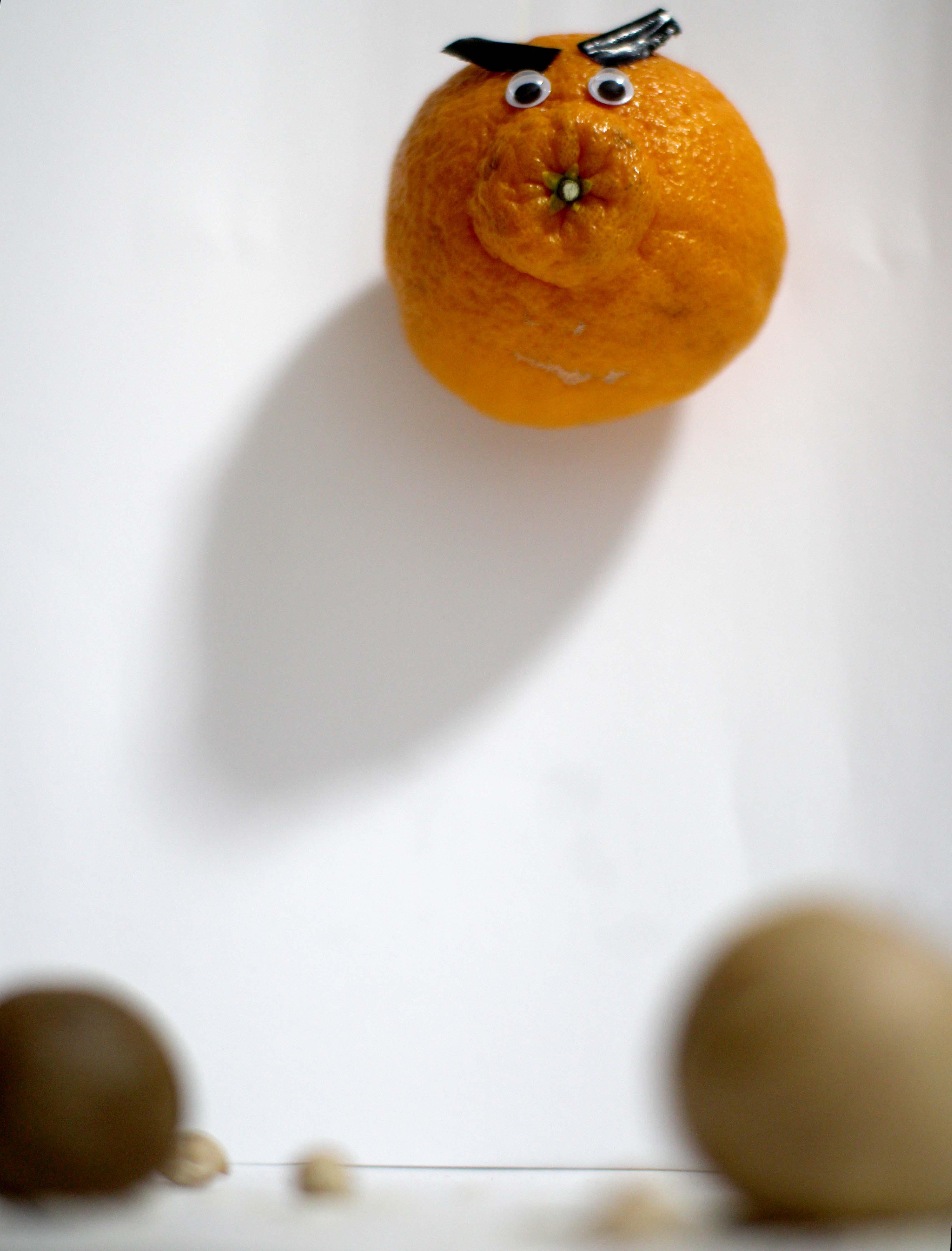 Finally, I took another dekopon picture. I wanted him kind of evil so I took it from the bottom and added eyebrows. I'd hate to piss him off. But it looks like he's the only sentient thing in his world. Kind of humans.

I really enjoyed this course! I liked seeing other people's work and the comments and everything! I wish I could just do it once a week like cleaning out my wallet.

Everyone take more pictures!!!!! Don't stop! Think and do it!

So I was planning on updating my project for this milestone with some re-cropped pictures that I took for milestone 1, plus some others that I had taken last weekend when it was unusually warm and I was bored at 3 am and wished I was living in the much nicer apartment building across the street where you can't hear everything that happens in every room on the floor. This morning I started taking the files I wanted off of the memory and into my computer. It said it would take 11 minutes. So I hopped in the shower, came back, saw there was a folder, and had a plesant day at work. BUT WHEN I GOT HOME THE FILES WERE NO WHERE! The only surviving Dekopon are what I submitted to project!! I'll have to do it again.

So I had no pictures to do anything with! So you get what I could take at work and after work. I also called someone up who is always putting pictures of himself on Twitter and he was kind of dumfounded by someone wanting to take pictures of him. I thought he'd like it. Anyway, I took this. 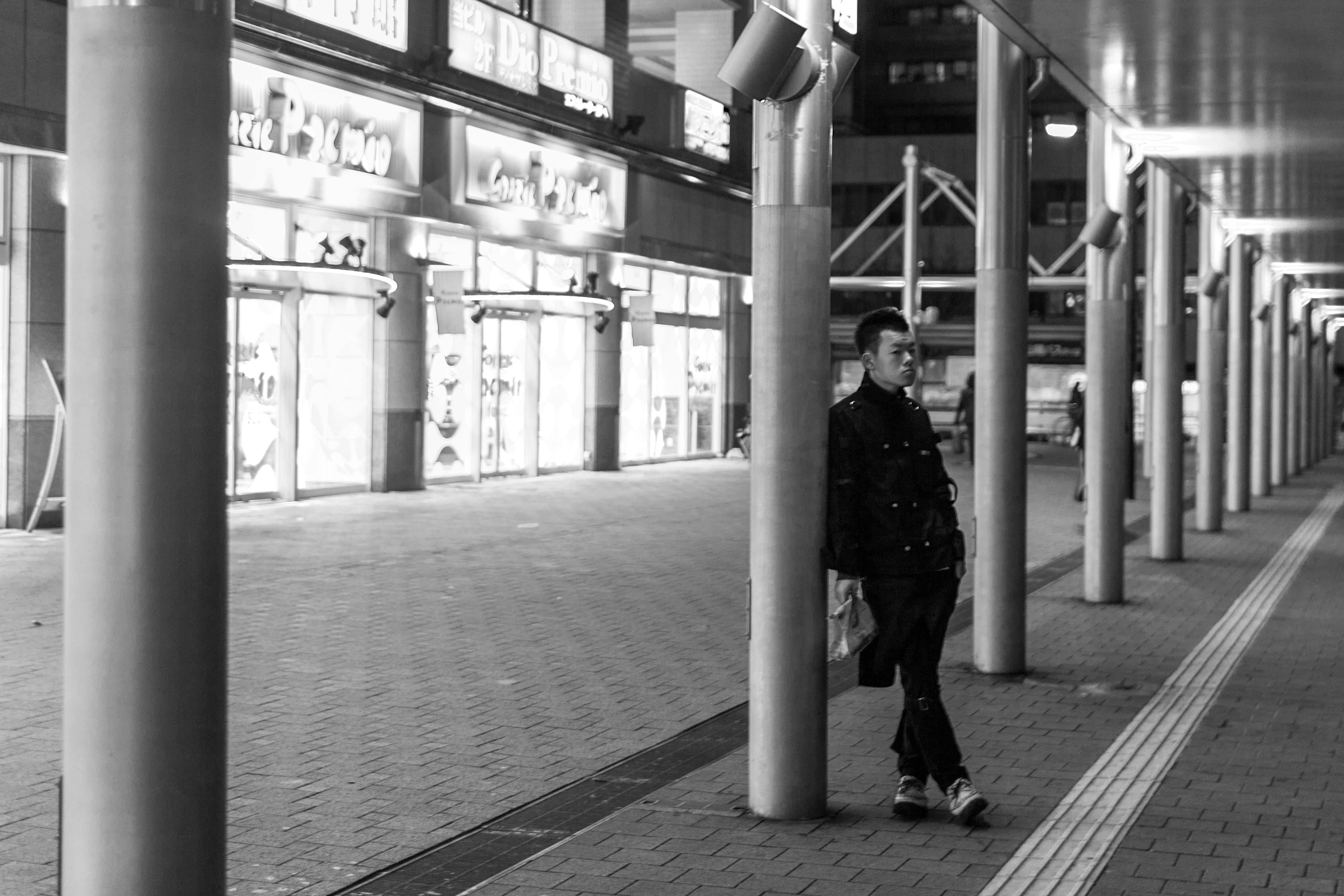 That bag he is holding was full of donuts! I liked that there were two lines on each side of the pillars. 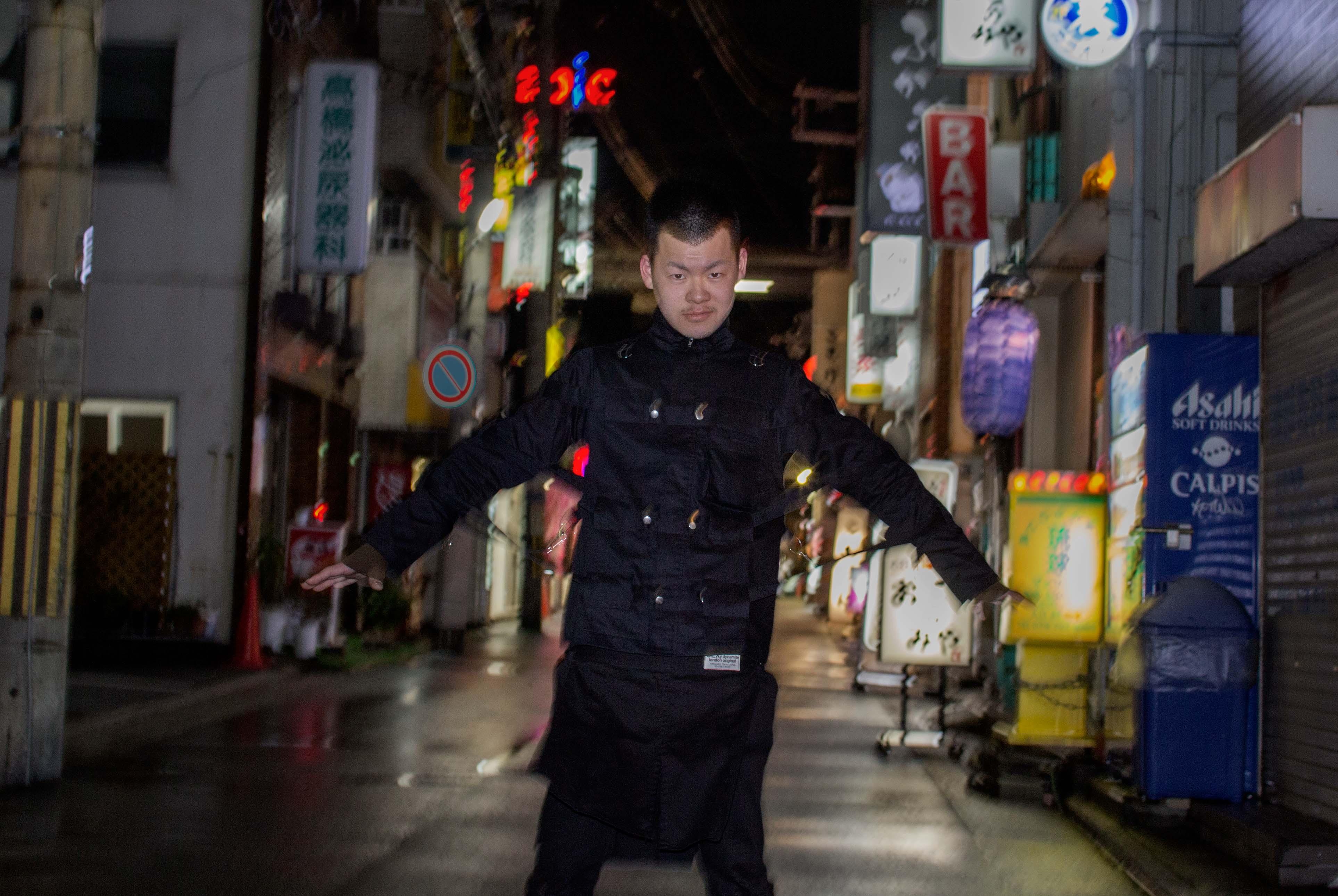 I tried making the lines of each side of the street converge on him. This is the best I could do before some woman from the 'massage' shop (yellow sign on the right) came out and said no cameras. I love my neighborhood.

When we crossed a bridge I stopped and took this. What makes the light do a star shape? I thought you had to have some kind of filter, but I didn't have one on. This makes my neighborhood look much more exciting. It would be perfect if something was at the end of the street. Unfortunately, it's just a beach. 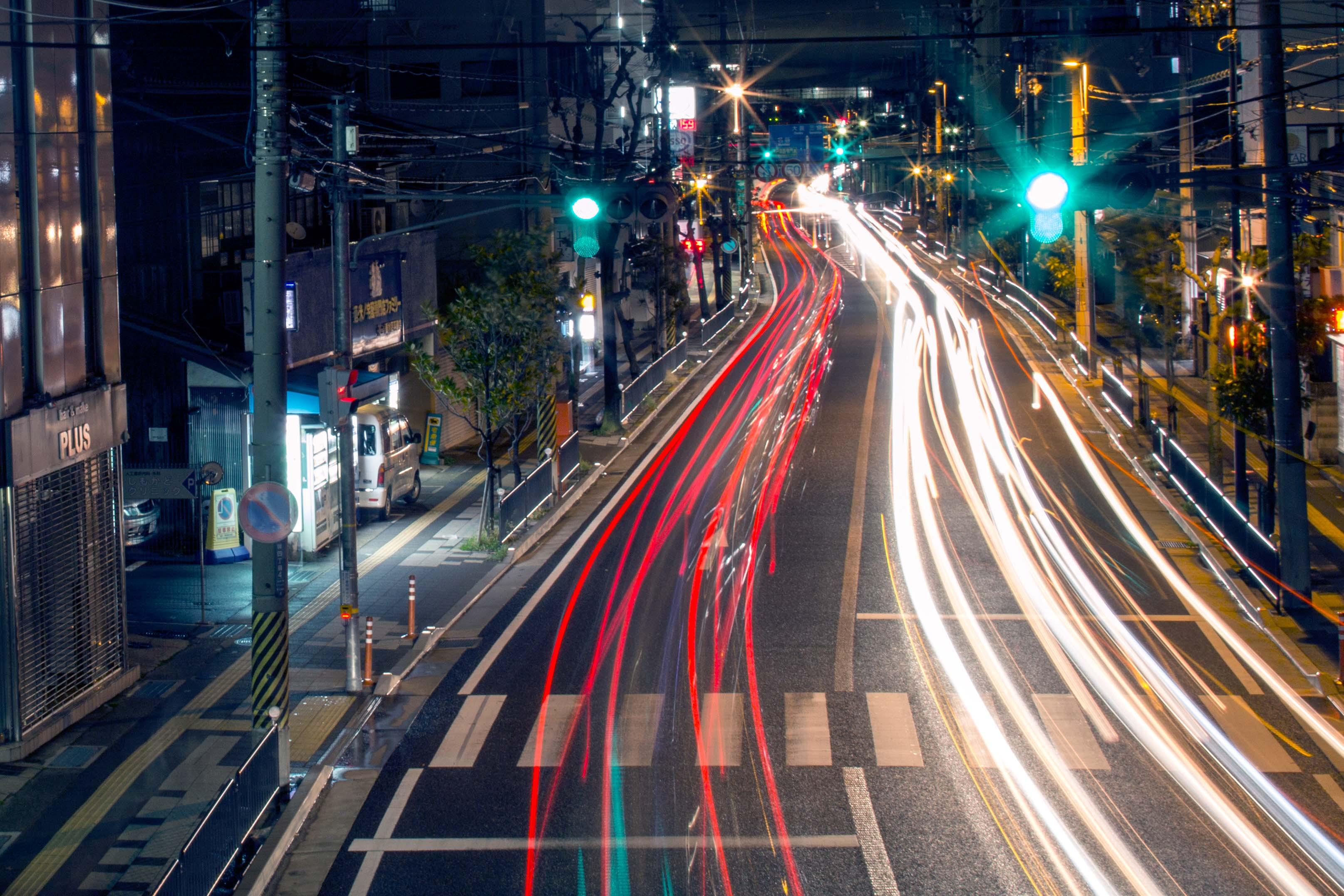 Next, at the same crosswalk from the picture above, I just set the camera on the ground and took a picture to see what would happen. LINES!!!! There wasn't really a subject though, so I put my foot down and it sort of looks like something you'd see in a print advertisement. If I were going to take them again, I would lined up the shoe and the lines on the yellow brick part so they would converge onto the shoe. I would have also not moved my foot as soon so they wouldn't be transparent in the photo. 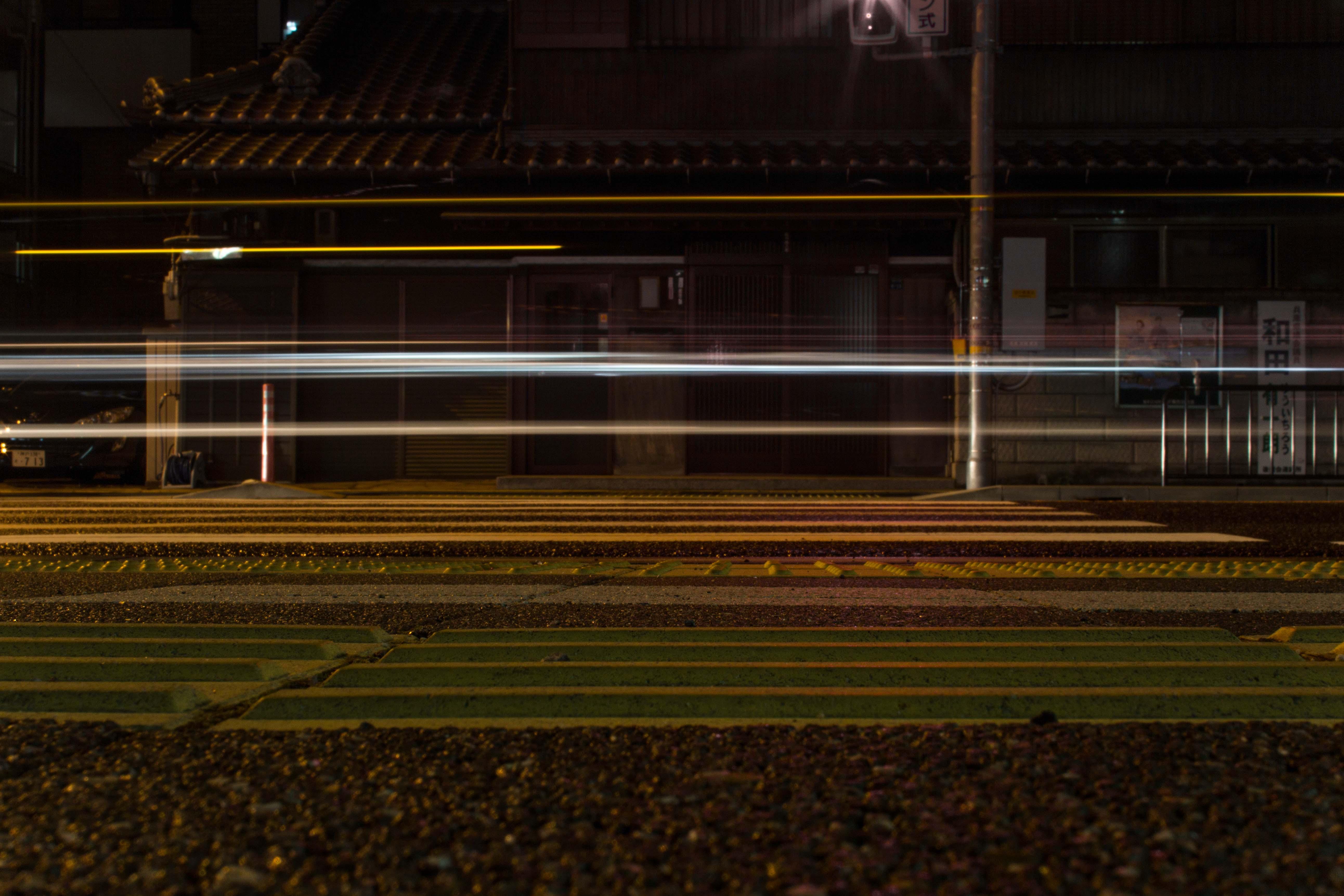 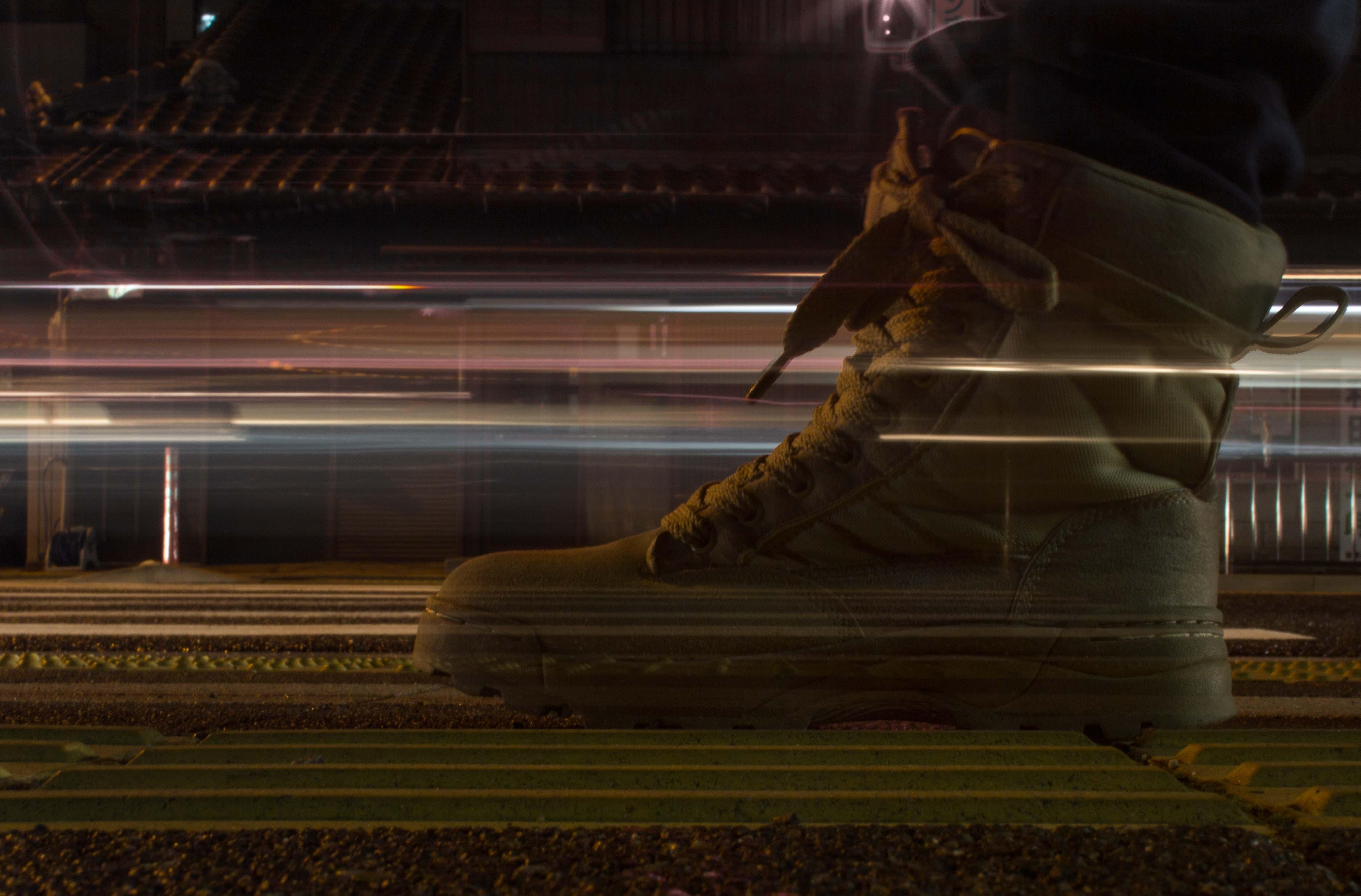 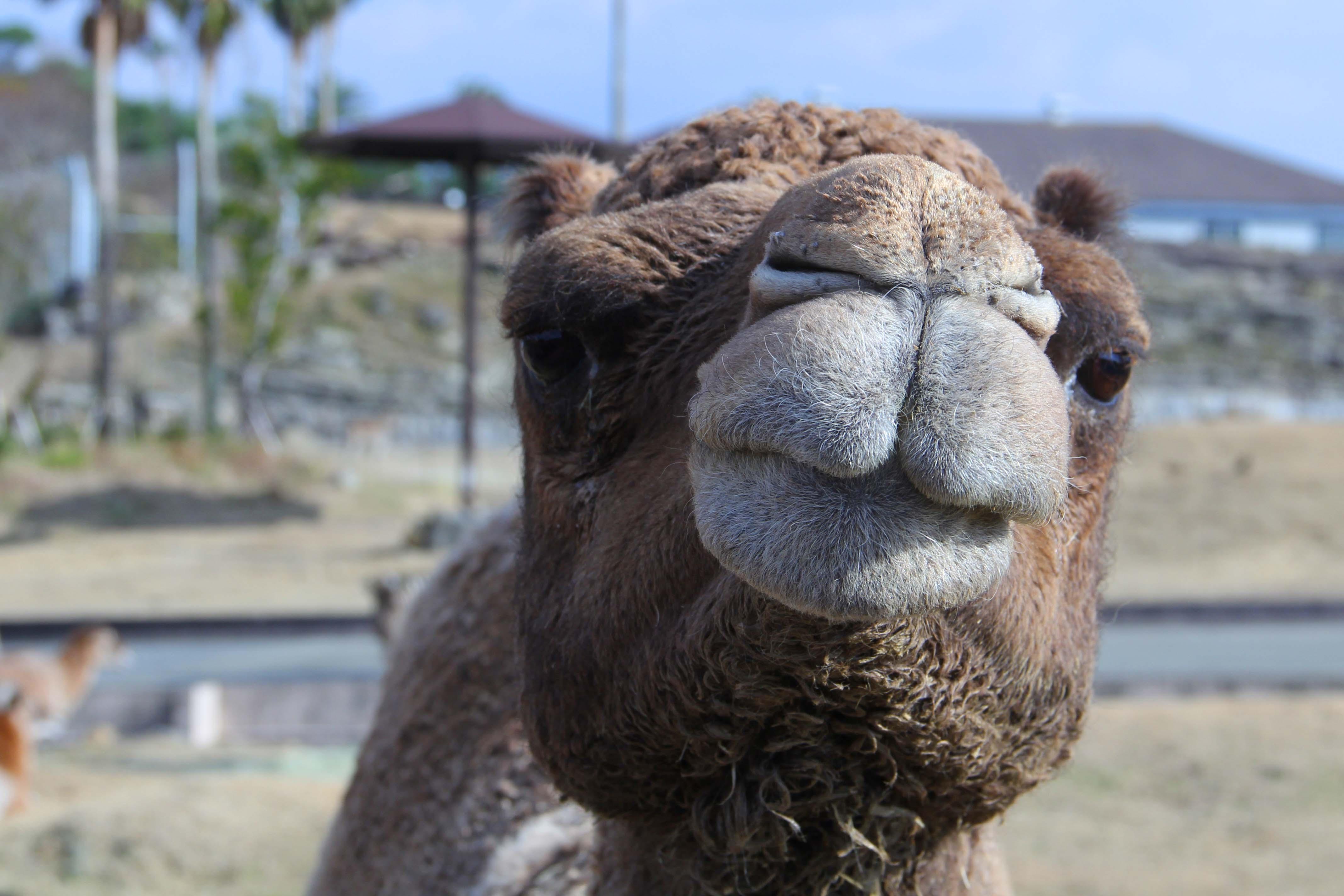 I took this picture this morning. I want to do something with it, but I am not sure what. The trees get in the way, I think. 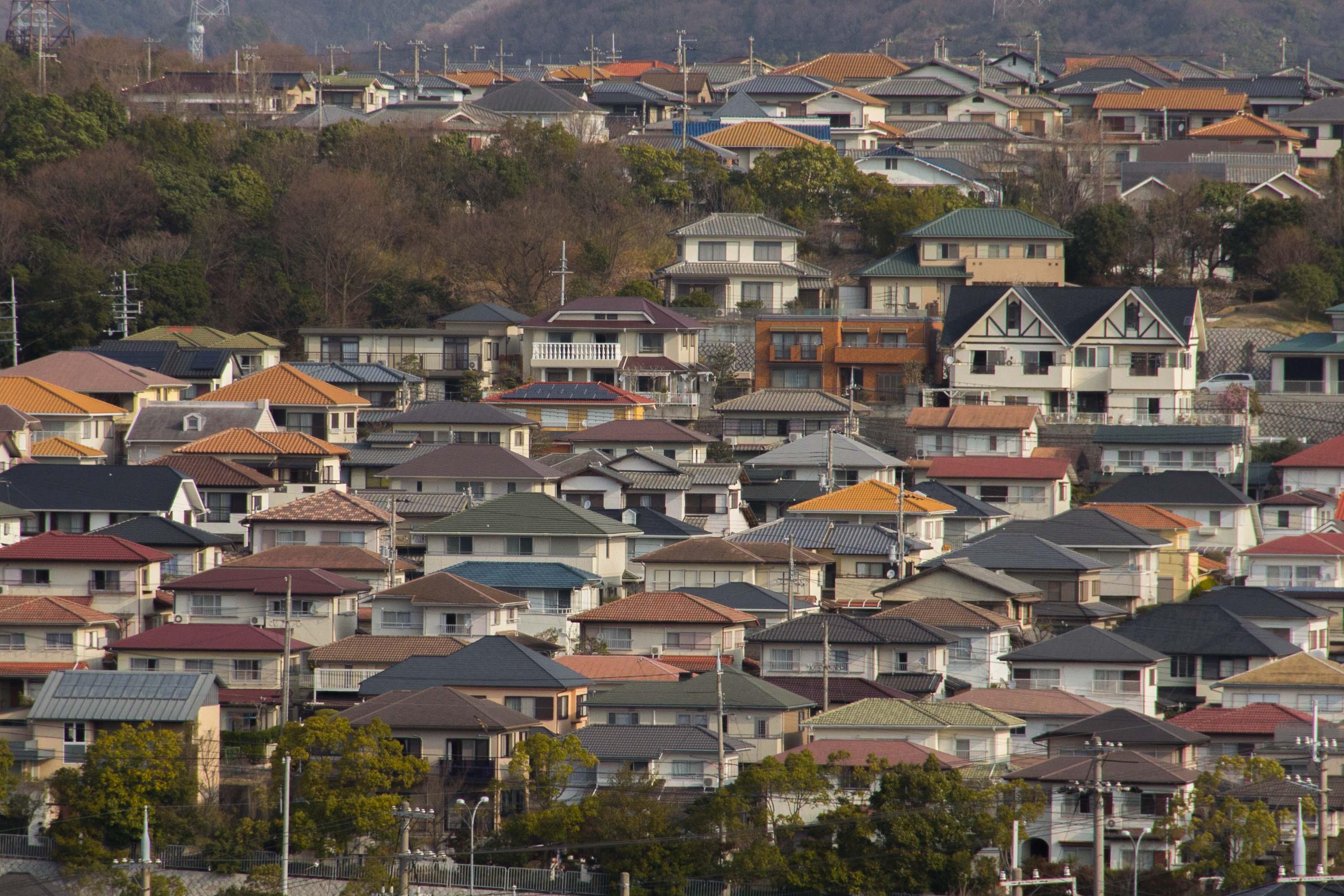 I can crop like hell and this happens. I wish the hill was bigger and less greener!

I also took this from my apartment balcony. Everyone says 'OH IT MUST BE SO NICE TO LIVE ON THE BEACH!' and it is kind of nice, but I live right by a fishing park and a city run fishing harbor. Just be glad that there is no scent on these photos.  I was thinking 'lines' again and thought that the stiff lines of the cement barriers and the jagged lines of the waves looked nice. 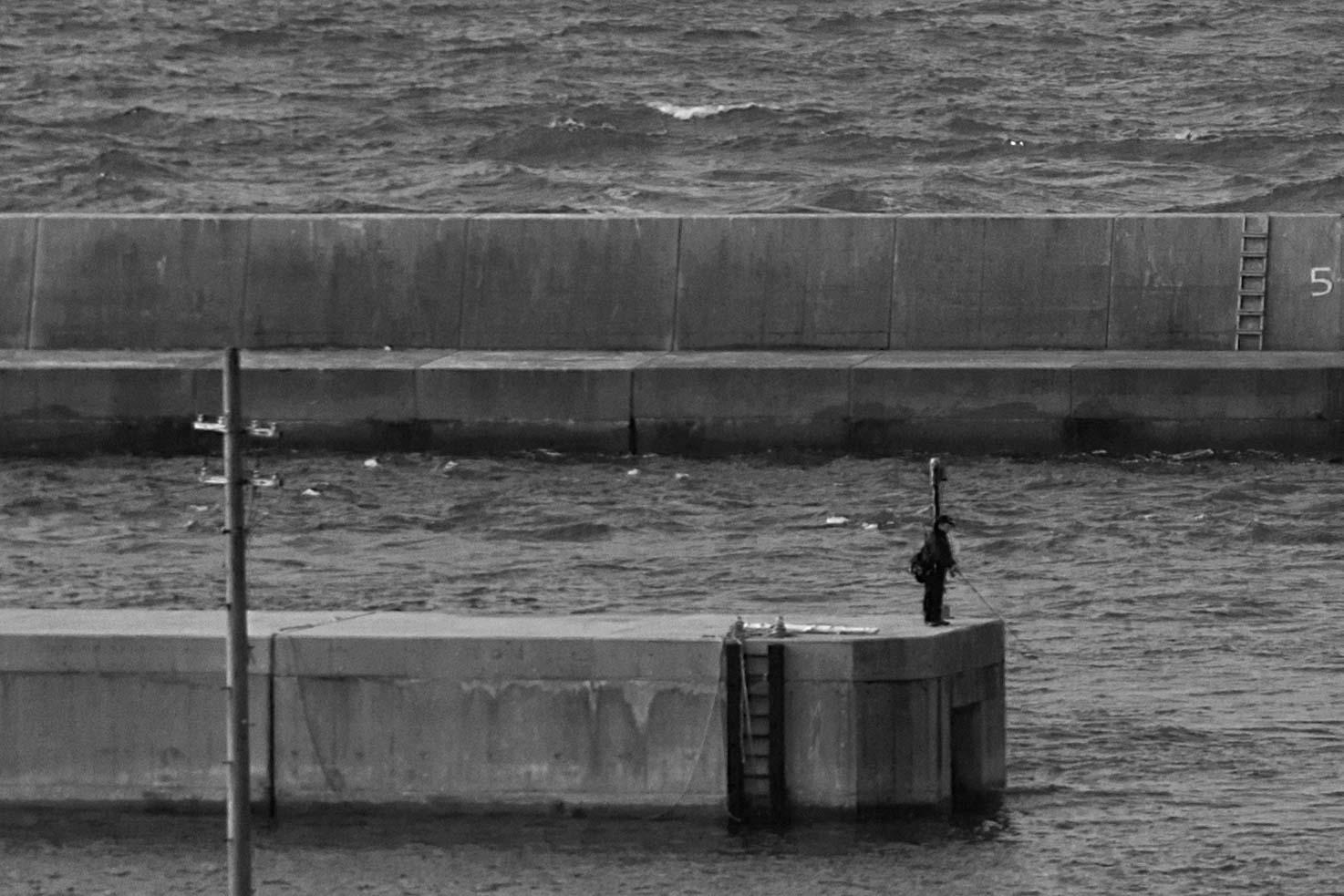 Oh well, that's all for now! I can't believe I took these myself!!!!

I started to take some pictures this weekend. 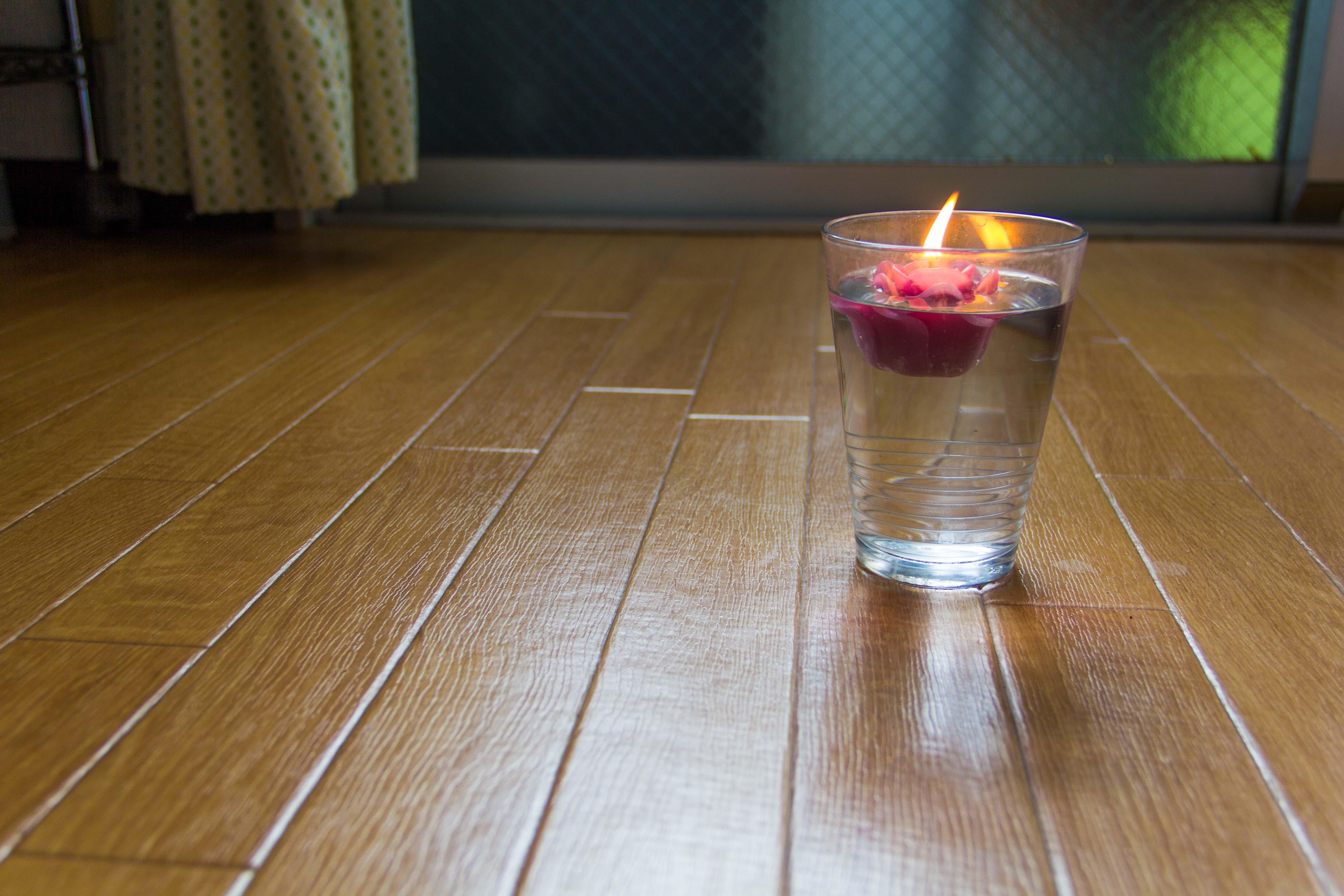 Not so exciting so I went for a walk. I found this flower. 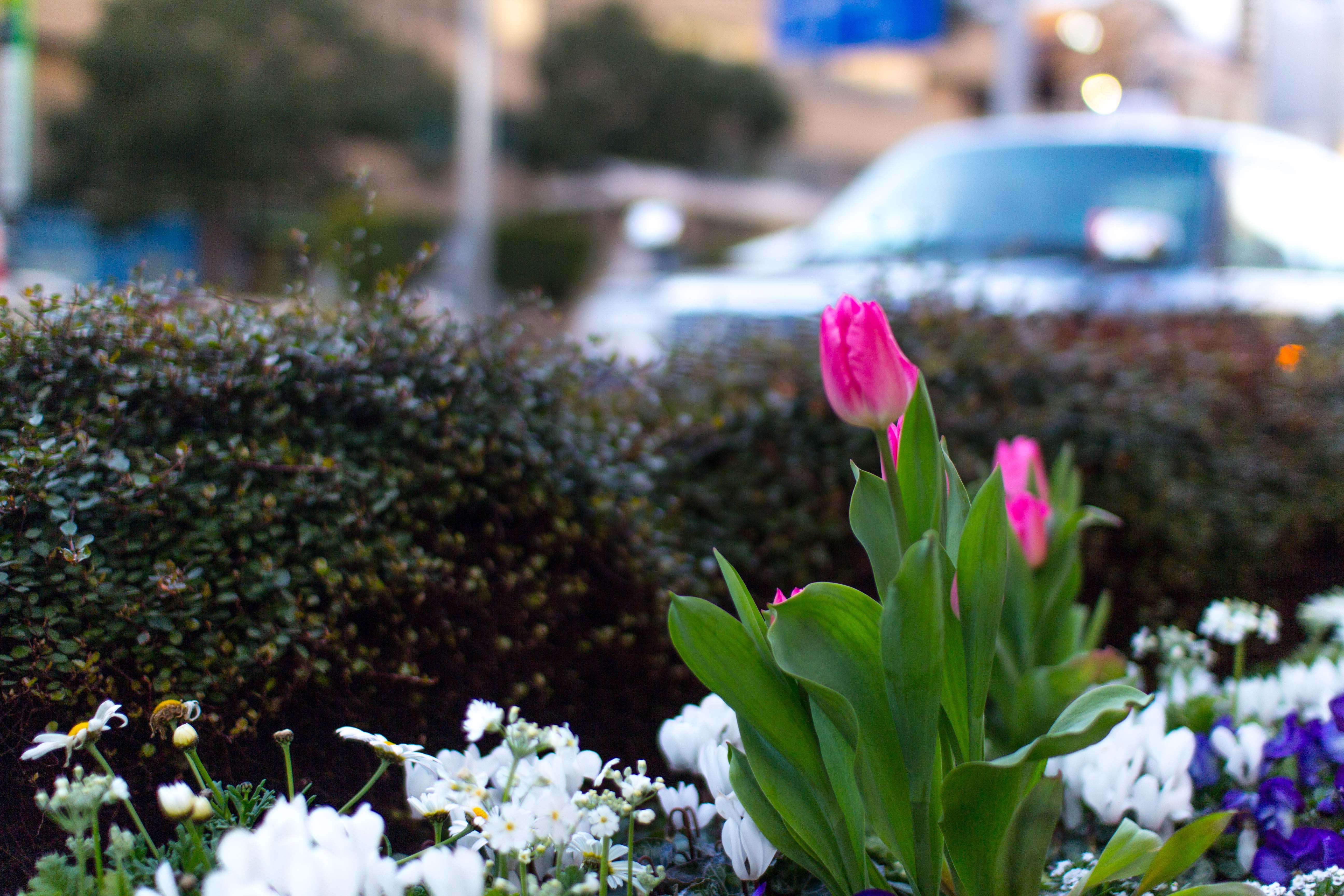 It looked *okay*. But I was supposed to be thinking about frames. So then I saw something rectangle shaped and thought 'OH LOOK A FRAME!' 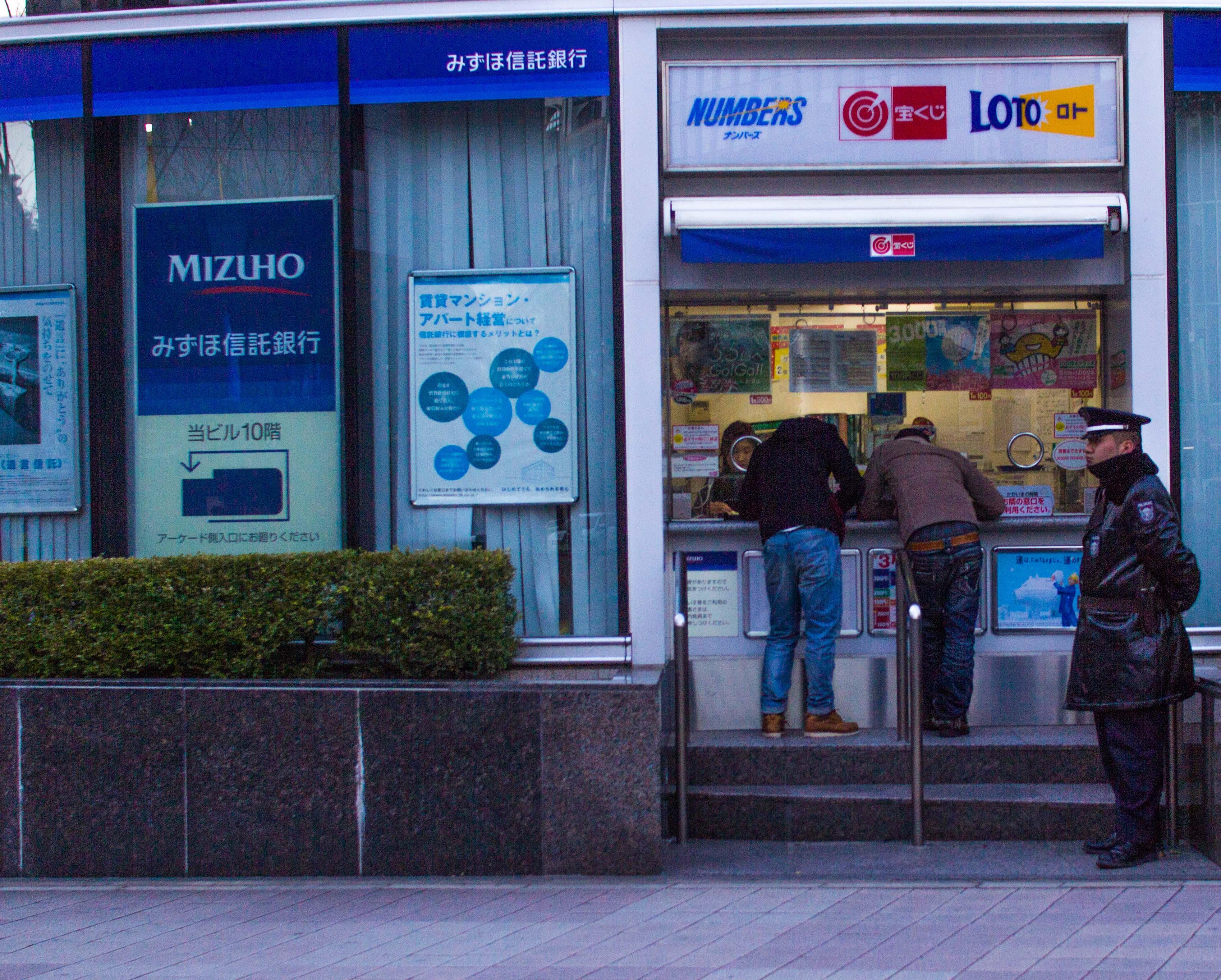 A guard watching the dangerous lottery window hooked to a bank! But I needed a background. There wasn't any in this really. SO FLAT!

So I went home and threaded a string into a DEKOPON (they are the best citrus fruits in the world!) from my ceiling and took its picture. 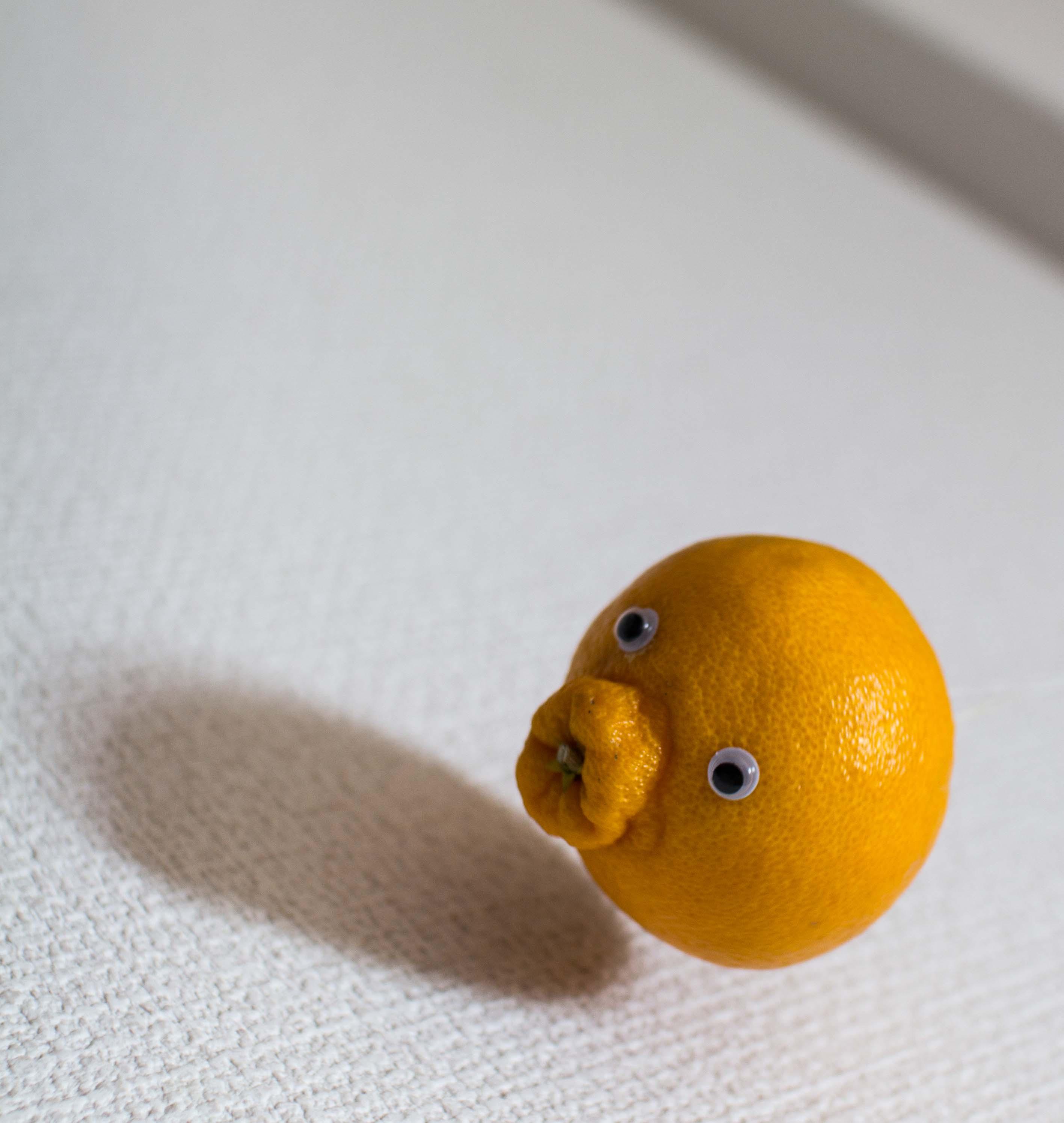 There was a background! and a foreground! I wasn't sure if this followed any rule of thirds, but it looks like he can hover! 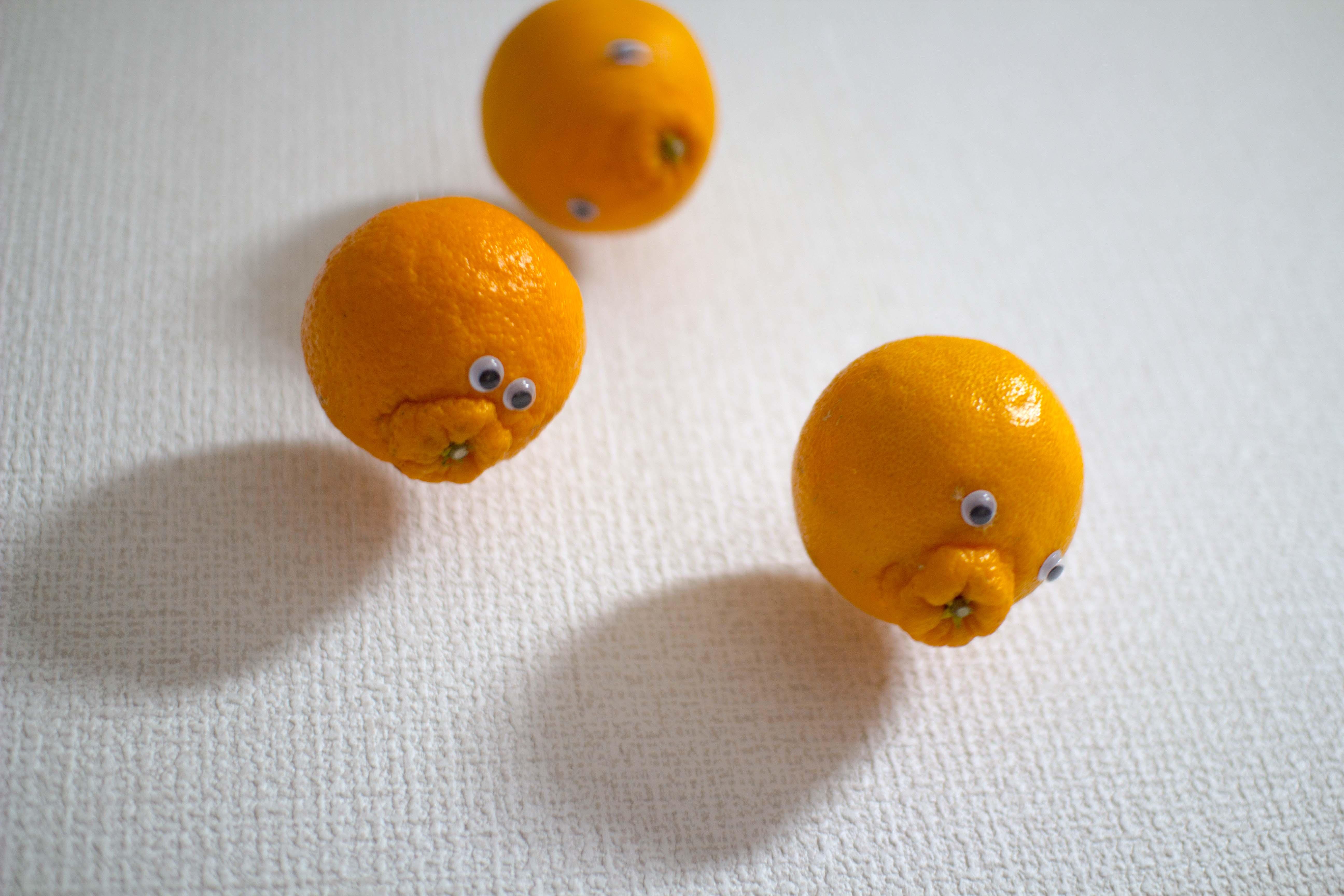 Wrong rule of thirds? I will take some different ones after work tomorrow.