Being a shy creator, an assignment of my own self-portrait was not an exciting brief. But as I had recently discovered that I needed to come up with a profile image for social media I thought I might try this for both.

Starting with a brainstorm I focused in on the message I wanted to say.

I like the simplicity and complexity relationship with all things nature and design So I aimed for a clean simple elegant look with graphic details. I then came up with a few concept thumbnails and picked my favourite.

I played with the scale of the trunk, and symmetry

Part way through playing I realised the output was not actually square as I had thought but round.

I tried the flourishes with dip pen and ink, with vector and didn't like it. So I played again with ratio hoping for a better relationship between the elements.

I then added vector versions of my dip pen flourishes and added to the vector trunk and added some colour to the face. Adding some of my favourite simple yet complex symbols to decorate the tree like leaves.

A happy accident occurred while vectorising the flourishes with some of the circles filling in solid colour. I decided to mock that one out and while all of it was a bit much it made me realise the lightweight in the top, so I added a few more solid circles to help ground this space.

Wow - I think I might actually use this for my profile pic, I know it can be improved, and maybe I might, yet.

Its an honour doing an assignment for Seymour especially if he sees this! what a mentor :)

I am looking forward to more :) 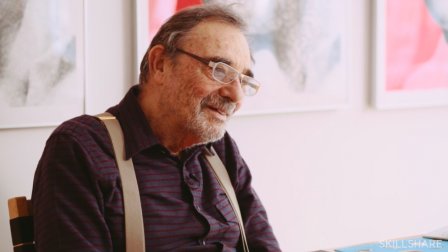