My motivation to write and draw

Hello, my name is Shawnice. I'm an inspiring illustrator and writer. The thing that motivates me to write is leaving a legacy behind to inspire young creators to follow their passion. I would really like to inspire young black girls who might have a similar childhood as me. I grew up in a large family with little means of income. Which meant finding things to occupy your time while staying out of trouble could be tough sometimes. I was a quiet girl who kept to herself so I didn’t have a hard time staying out of trouble. The downside is I didn’t have many friends and would have to find creative ways to keep myself entertained.

One of the things I really enjoyed was going to work with my mother. For a while, my mother was a part-time daycare teacher. She would often bring my siblings and me to the daycare center to keep an eye on us. Since I was the oldest, I took on a lot of responsibilities inside and outside of the home. So, when I would go to work with my mother I helped out with the younger kids. The two things I enjoyed the most was helping with their crafts and reading to them during story-time. That resonated with me the most because I could use some of the natural talents I had in art and I also liked reading. It also inspired me to take the lesson plans they had and teach it to my brothers and sister at home. To this day, the thing my brothers and sister tell me they enjoyed the most about their childhood was my home lesson plans. Which gives me some pride knowing it meant so much more to them than I thought it did.

When I started middle school my life started to change. My parents were going through a lot of struggles in their relationship. Although they did a good job making sure we didn’t see the conflicts I would occasionally overhear it some nights when my siblings were asleep. I didn’t tell my parents at the time I knew about it and kept it to myself. Instead, I channeled it into drawing. Around the same time, I was growing interest in animated superhero shows and anime. This inspired me to draw my own characters and give them interesting backstories. I even developed a side hustle selling character drawings to my fellow classmates. I sometimes look back and laugh about it knowing I could have used the money I earned for art supplies instead of Pokemon cards and Beanie Babies.

After the first year of middle school, my parent's conflict reached its boiling point and they got a divorce. My mother moved us back into her parent's house and took two jobs until she found a place of her own. This must have weighed heavily on her because two months later she had a stroke. All of it took a major toll on me because I ended up becoming a surrogate parent while my mother recovered. This pushed me into a deep depression where I stopped creating and locked myself away from the world. It took years to really get back to my old self and start creating again. In the final years of high school, I took up the hobby of writing action movie scripts. It was something that took my mind off the stressful things going on in my life.

When I graduated from high school I went straight into the workforce to help my mother who was still working two jobs. I took over a lot of the load so she would be free to drop her other job. Even though it felt good to help her out, my creativity took a backseat. I eventually got my creativity back after going a few years of ups and downs trying to keep a steady job. It was my mother who suggested I should go back to school and pursue a career. With that push, I signed up for business classes, but eventually changed it and graduated with an Associate in Arts. Which is another long story in itself, but I'll just conclude this.

What I really want out of life is to inspire people with my stories. Whether that be through my fictional stories or the story of my life struggles. I want to leave behind a legacy that people can look at and use to improve or just add joy to their lives. That is what motivates me to write and draw. Knowing my struggles are not in vain and inspiring someone even after I'm long gone. 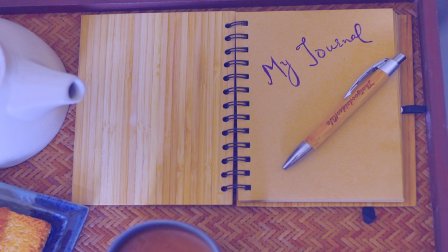