My life in motion

I am always on the move and I don't just mean the occasional trips here and there. I mean pack your stuff and leave the country kind of move.I want to try and create a visual representation of my life on the move.

The idea is not really clear yet but I have decided on some of the data I am putting together:

For the places where I lived or visited, I was thinking of creating a kind of an underground map. I am still trying to figure out how to represent the more fequent trips...will think about that. But I started by listing out all the places first - and trust me that was not as easy.

So here is my starting artboard, with some of my inspiration.

This has been an interesting start. I knew that underground maps are not so easy to create. But trying to create an underground map that represents your life was even harder. I am not going to lie it took quite a few hours and quite a few terrible drawings before I got to a version I will use as the base. Here is a shot at the peak of my messy underground:

Then I decided that each line will be the trips that I did while living there. So the color of the line represents also where I was living at the time when visiting other places. There are a lot of things I want to still change but here is the base I am planning to have for my underground map:

This is far from the entire infographic but it's a start and i think it helps me define the style that I want to have overall. Let me know what you think.

Bare with me about the colors - that will probably change especially the background colors:)

Sinking to the bottom of the project

I managed to remember most details about my travels and moves and then I deleted it by mistake. Yeap the whole spreadsheet. So i started again and finally started getting out some numbers. It's so fun. I am still figuing out how to arrange them together with my underground map but here is my latest progress. I will add more info ont he bottom with some drawings to help it come out of the page.

I cleared up the undeground map so it looks cleaner and easier to the eye. I am still wondering about the background colors let me know what you think.

I guess I had to go overboard from ultra minimalist to way-too-much-detail. Well, it was a good exercise for the mind. I toned it all down and decided to stick with the underground theme.

i found a misrepresentation of the data in one of my underground lines so I fixed that. I think I am starting to feel happy with it. But it would be very nice to hear what you guys think. I am still not convinced in the shapes of a suitcase, house and circle at the bottom. Not sure if it holds together with the above.

I managed to figure out how to do all the corners with the same rounded radius, yeeei! So here is the latest version. I also tried to experiment with the symbol for housemates as suggested by Kimberly. I added a little more explanation about the symbols becuase I noticed that a few friends that saw this asked me so I thought maybe it needs a little more explanation. Let me know what you think. 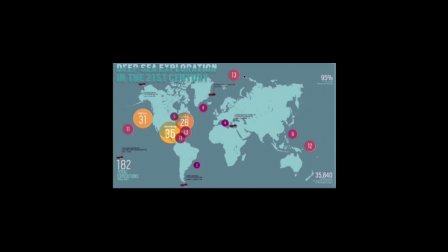