My art style tends toward the realistic, so this was a stretch for me. I only wish I had stretched a bit more. But this is a start.

My reference photo was a male African Lion in motion.

I did several simplification sketches, but they aren't that interesting - here's one.

His name is Asad - he's an adult and inspired by an old friend of mine from Egypt, who wasn't a large man but had the heart of a lion. So this creature has a serious expression, but extra long legs, and hooves instead of paws - so he is fast and can STOMP anything in his path.

I wasn't happy with this first version as I felt I hadn't pushed the fantasy elements enough (again, not my style, but I'm trying). So I gave him a new tail and put him into the heavens.

Great class! Thank you for the challenge! 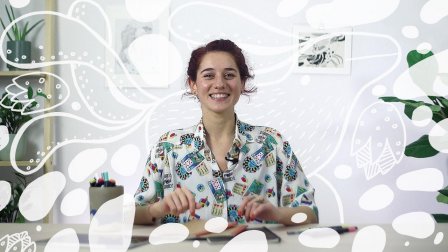