1. Who is the narrator? What is the point of view? In what ways do we have access to the various characters? What is the effect of this on the story? If you are writing your own chapter, how much access to each character do you want your reader to have and how will this access alter the suspense of the narrative?
The narrator is a young girl who is quickly approaching her teenage years. She uses a first person perspective. I want the reader to be able to see the girl's insecurities, her love for her family, and all kinds of things like that. Most of all, I want the readers to understand the character as if they were that person.

5. How is the chapter opened? (ex. Scenery description, exposition, character description, etc.). What is the effect of opening the chapter this way?
It is opened by the main character losing her shoe.  I'm trying to give a hint that this shoe is important. The shoe will be a big game changer throughout the story.

6. What is the conflict in the chapter? How does it relate to the larger conflict of the grand story narrative?
The main conflict is that she wants to wear this specific pair of shoes, but one is missing. Later on, the missing shoe will effect how her 13th birthday goes.

7. How is suspense built up in the chapter?
I can't exactly describe it. I guess the suspense will be light and might not build up very quickly.

8. What is the setting and how much time is devoted to it in the chapter?
There is a lot of time put into it, because the story is set in a well-hidden suburb during modern times. I felt that it would compliment the plot.

9. How is the chapter ended? How does this ending lead into the next scene?
Yes, it does. You see, the chapter ends when she's about to leave her house.

10. What are the unanswered questions at the end of the chapter?
Where is the shoe? What was her oldest sister hiding? What was the main character trying not to think about?

11. What does the reader know and feel at the end of the chapter?
The reader knows that the main character has lost a shoe, and her sister may or may not have something to do with it. 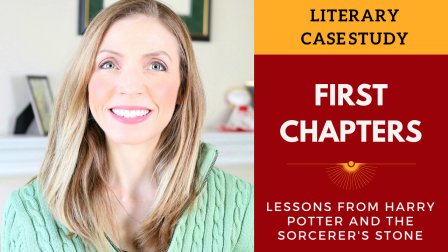