Not the greatest of quality as far as sketches go, but here's some concepts. 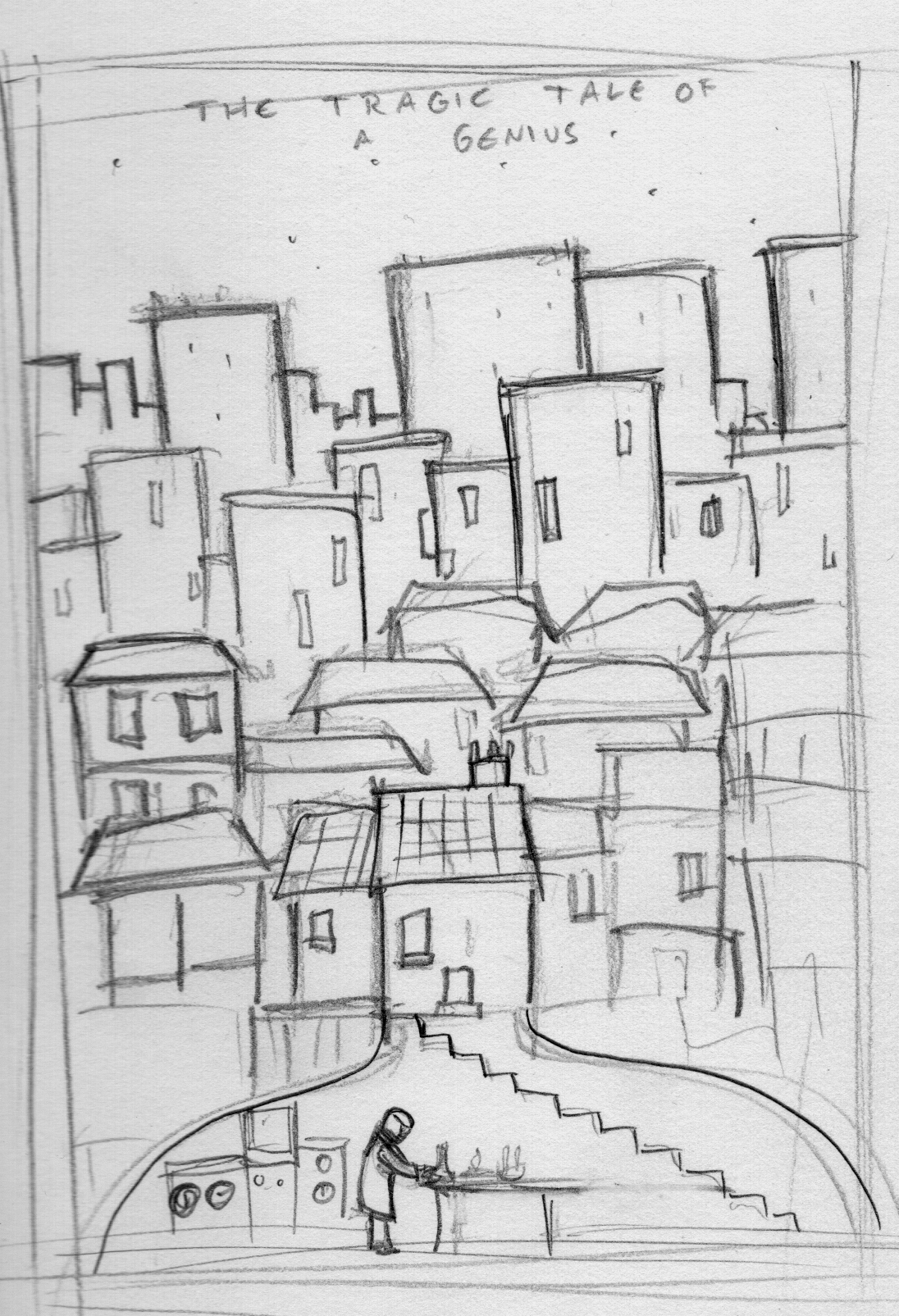 An album title instead of the band name (which I'll have to include somewhere on here). Vector style illustration with mostly dark hughs (greens and yellows maybe). The little scientist guy at the bottom could be done in a bunch of different way, not decided yet. 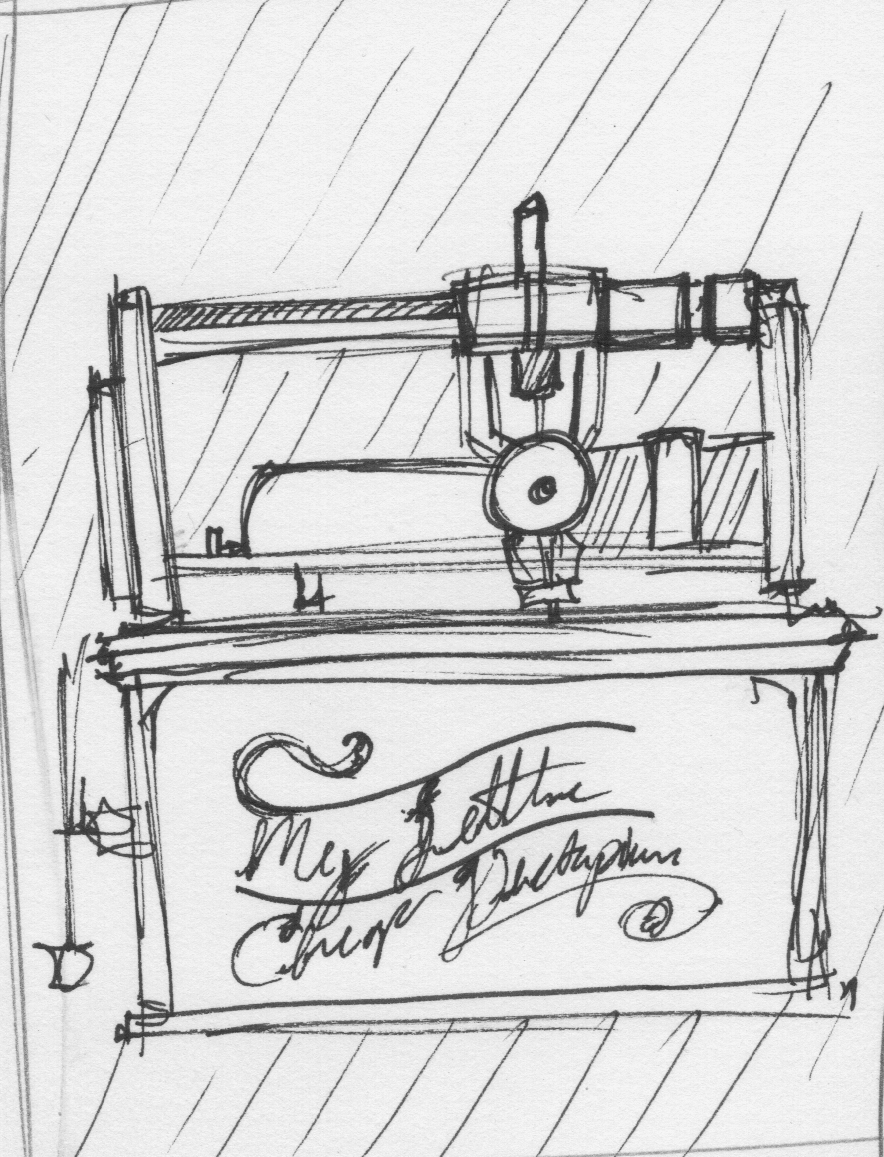 Detailed illustration of a dictaphone with some old hand-lettering on the base. 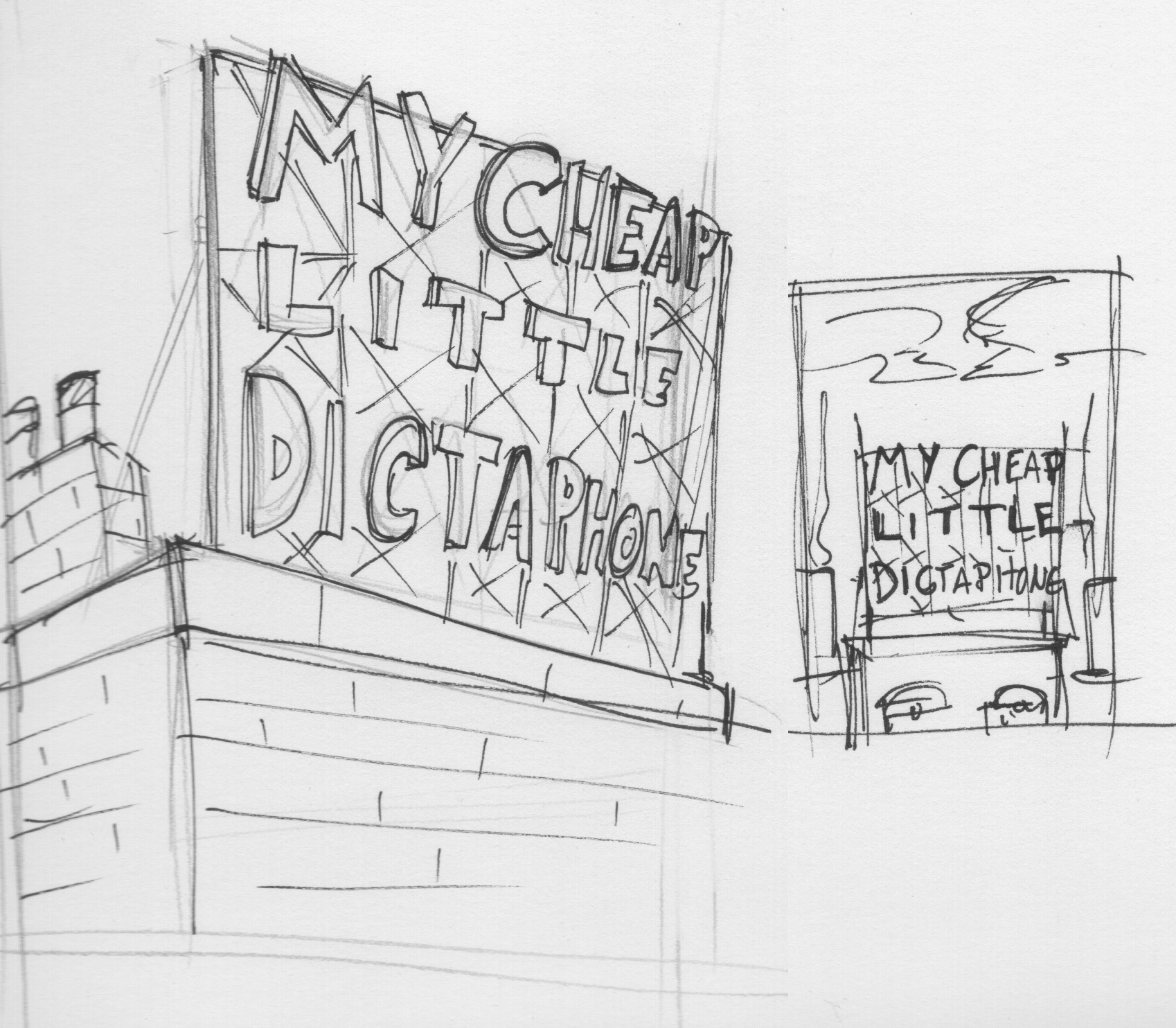 Those old signs on top of buildings. Not sure of the angle. The name's a little messed up here, I guess I was getting a bit tired while sketching these!