My Journey to Disability

Around three or four years ago I was working the night shift as a custodial worker. My job was to clean, sanitize, and collect trash from the public area and restrooms within my section. Unfortunately for me, I would oftentimes be saddled with an entire half of a floor by myself. While working on the dayshift I was in better spirits but since transferring to nights my depression and anxiety started to become worse.

It was getting harder to get out of bed. I started calling out more. I was exhausted and filled with a constant dread that was getting worse by the day. Certain co-workers that I would often have to work with, would further aggravate my mood, especially when I would see them standing around and chattering away. That in itself wasn’t too much of an issue when the lobby and restrooms were swamped with people but I was charged with cleaning an extra restroom, one that she should have been charged with from one, her access to it and two, the fact that she wasn’t doing anything during this time. It was examples such as this that made the job more unbearable and that’s not even mentioning the rude remarks that I would sometimes receive.

Things just kept piling up for me. Between the minor annoyances to my work ethic being taken advantage of despite me already pushing myself to my limits, I found myself going downhill. I had essentially burned both ends of the candle and I was running out of wick.

One night while throwing out the trash and ending the day a bag of garbage busted in my face. Questionable fluids entered my eyes and mouth. It sent me into an absolute panic. There wasn’t enough soap or mouth wash to rinse it all away. As a cleaner, you know exactly what goes into those bags. Anything from unfinished food to sanitary trash was in there. Just a day before I had found a bloody syringe in a sanitary trash bin in a restroom. Blood pathogens and germs of untold proportions were swimming in those bags and now I had been at risk for exposure.

Luckily for me, I had the next two days off. Unluckily for me, an unrelated but equally traumatic event effectively pushed me over the edge. To show the gravity of the event, I had honestly thought I was going to lose everything. I had to call out the next workday to recover, but it wasn’t enough. The day after that I worked and I struggled. My mind was a mess. It took everything I had to focus and by the end of the day, while trying to push a huge trash bin that was overflowing with garbage bags, my energy dropped to zero. I almost collapsed then and there. Instead of throwing the trash out, I had to store it in a supply room for the next shift to take care of. I was on the verge of fainting by the time I had stepped into the break room. I left a note about the trash and went to rest in my car.

The next day I was greeted by an enraged co-worker. He spewed absolute venom about having to throw out the trash that morning. I said, “I had no choice,” and slammed the door to the truck. I was a mess and in tears but he managed to coax me back in so he could drive me across the airfield. It was too late. I was a shattered mess. I was crying hysterically, and when my other co-workers inquired about my state, I replied that I had a nervous breakdown. This was true, but I didn’t have it in me to say it was my coworker who put me in this state. In the end, that was the last time I would step inside that place to work. I was sent home. The next morning when I awoke, I knew I couldn’t continue, I had to seek help.

With the aid of my HR I was put on short term disability. I started seeing a therapist the following week. These sessions were weekly and I was recommended to seek psychiatric aid as well. The first visit with the psychiatrist went well and so did the second. My aunt accompanied me the first time. My husband came with me on the second visit. On the third visit, I was alone. The moment I sat down I was accused of having been drinking. She then told me that the receptionist smelled alcohol on me. I don’t drink. If she smelt anything on me, it had to be the sanitizer I had just used before stepping inside. The psychiatrist couldn’t confirm the smell herself because the session was through a webcam. The woman then started to ask me invasive and unrelated questions. Her tone was harsh and suspicious. My words were met with contempt. At some point, I was in hysterics and tears. Inside my car, I waited, taking deep ragged breaths while trying to make sense of what just happened. Thirty minutes would pass before I was even able to leave the lot. I never went back.

There would be times I thought I was recovering. A day would pass by and my anxiety wouldn’t be so bad. I could breathe a little easier on those days but then the next would come. Fear would seize my heart and panic would shorten by breath. Fatigue would set in and then it would all spiral out of control. Nights were sleepless. If my dogs didn’t keep me up, my anxiety would. I could feel my panic attacks in my dreams and often I would wake up, gasping for air.

During a session with my therapist, my anxiety had spiked. For almost an hour I didn’t know where I was or who I was. I remember laughing; nervous and a little crazy. By the time I was coming to my senses both my husband and the therapist were visibly uncomfortable and more than a little bit concerned. It was then he asked if I was willing to stay in a behavioral hospital. I agreed.

The next week I was met with daily group sessions and workshops. It was a pleasant experience and for a while, I could actually sleep. However, the day after I was released a hurricane hit my region. Whatever recovery I had acquired was blown away with the wind. Between the swaying of trees and listening to my home creak under the breath of the hurricane, I was again, a wreck by the time it was over with. Power was out, telephones were down, businesses and homes were damaged. It was chaos for weeks after.

I tried several times to reschedule my appointment with the doctor so that I could return to work but each time I was met with a busy tone. I couldn’t get through. By the time I could, they could only schedule me after the date of my evaluation was due. I tried desperately to see the doctor before then. Whether or not I was in shape enough to work, I wanted to go back, had to go back. I was turned away by the doctor’s office in the end. Human resources refused to extend the date despite the cause of me missing it was the hurricane, something beyond my control. In the end, it was for the best. Looking back, I don’t think I would have passed that evaluation. I was still in no shape.

It was then I had to be placed on long term disability. I spent the next couple of years finding the right doctor and a new therapist to work with. Things were slowly improving even with the hiccups along the way.

Last year my husband pushed me to find a job. I eventually did find one but the day I stepped foot in there I knew it wasn’t for me. I knew I still wasn’t fully recovered. I was shaking, anxiety was spiking again and every drop of fear I thought I had squeezed out of myself seemed to seep its way back into me. In the proceeding weeks, I dealt with flashbacks and constant anxiety attacks. My only respite was when the pandemic came and I was given another chance to get my barrings straight.

I thought I had lost my chance for disability considering how much I was making an hour and just how much I worked. I still had to attend court. I was ruled as disabled by the court during the time I was on long disability. As it turns out, I was still under the program, a trial period for which you can work up to nine months. If I resigned from my job, I would be able to get on full disability. This decision didn’t come easy. At that point, I was back to work, and still my flashbacks and panic attacks persisted. I starting to go downhill again. I didn’t want to end up how I was before. While I wasn’t a hundred percent, I had still recovered quite a bit from before. I couldn’t let myself get that bad again. I had to resign. I accepted the disability.

My funds are limited and while I do have the chance to work something small, I hope it will be enough to sustain me. At least now with free time on my hands, I can now dedicate some time to do something that I always loved, writing. It is my hope that someday I can fully recover and in that success, start something new. 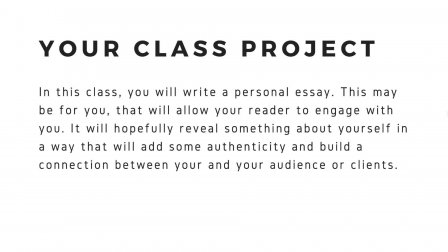