For my project, I chose to draw a jaguar and my theme was botanical.

After I drew my original sketch, I quickly realized the elements were way too big and would dwarf the jaguar and take the emphasis away from my focal point. I ended up moving around the two central branches, lowering the opacity and sticking them in the background after I redrew smaller blooms and greenery!

Here’s my final draft! Because I placed the faint greenery in the background, I chose not to use any stamp brushes, but I had a ton of fun making them and will definitely be using them in the future! Thanks for a super fun class as always! :-) 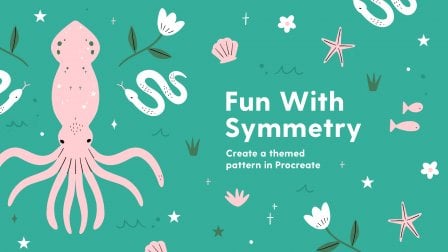 Fun With Symmetry: Create a Themed Pattern in Procreate + Make Your Own Stamp Brushes
Charly Clements