This was super fun but also a challenge to narrow down the number to nine. I thought mainly of what I gravitated to when I was 6-10 years old, not so much what I draw like now or back then, but only the shows and books I liked. But they are influences so I definitely see where some of my illustration style has come from!

2 - Beauty & The Beast - I wasn't quite as obsessed as the Little Mermaid, but probably my second go-to Disney movie

3 - AAAHH!!! Real Monsters - One of my favorite cartoons on Nickelodeon, partly because of Oblena, but also just being dark and kinda creepy in a goofy non-scary way.

4 - Ranger Rick Illustrations by Alton Langford - I had a subscription to Ranger Rick magazines for a long time and I would cut out every illustration he made. Sometimes I would collage with them but mostly collected the pictures because the animals were so cute. Bummer I didn't hang on to them!

5 - The Eleventh Hour by Graeme Base - I've spent so much time looking through this puzzle book. It's so detailed and beautiful. I still have it on my bookshelf <3

6 - Rocko's Modern Life by Joe Murray - Another Nickelodeon cartoon I love. It's so ridiculously insane.

7 - The Nightmare Before Christmas - I saw this movie in theaters with my mom and was drawn to the dark characters and stop motion animation. I tried my hand at some stop motion as a kid but I don't have the patience x_x

8 - Books by Stephen Cosgrove & Illustrated by Robin James - I had a huge collection of books, The Serendipity Series, with really bright and beautiful illustrations. I can't recall half of what they were about but I definitely remember the pictures.

9 - Don Bluth movies - Particularly the original Land Before Time, All Dogs Go To Heaven, and the Secret of Nimh. I love the animation and again, they're kind of sad and dark. It's my thing. 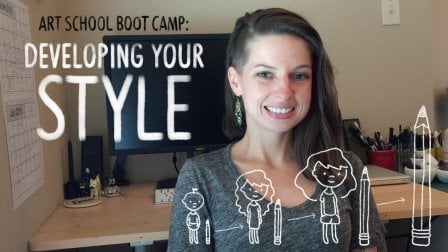