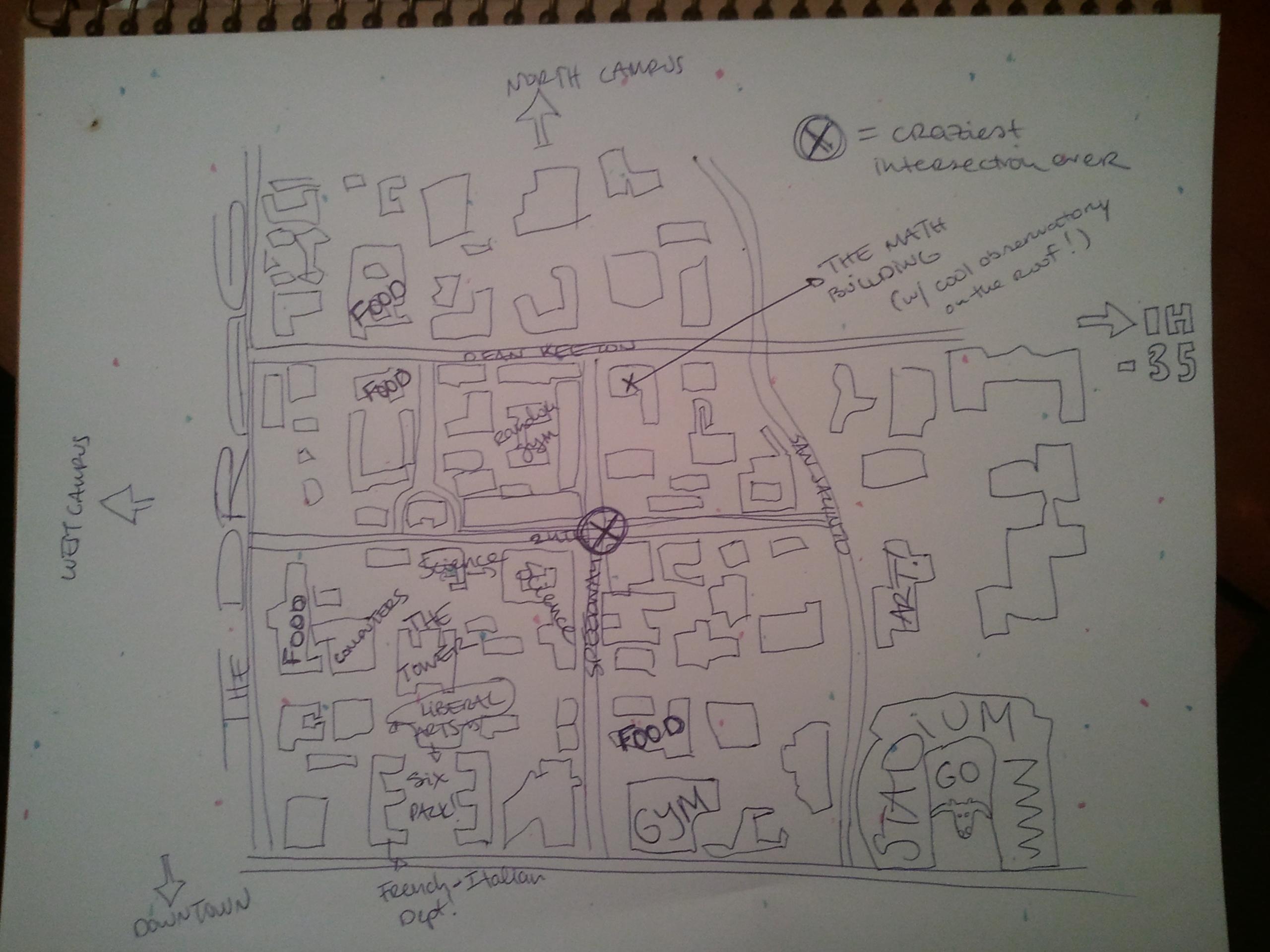 I drew this in about 5 minutes. It was the first thing that came to mind (and I admittedly rushed through it). I labeled only buildings where I had classes myself (disclaimer: I was a math + french major) as well as places to get food (priorities, right?).

I made this for fun and to showcase a bit of my former life as a student. I am the expert to create it because it is first hand knowledge. My target audience would be either a new student or myself for memories :). I want my final project to be about the whole city. I plan on doing a digital map at that point with LOTS more color. I hope it's used for fun (because it will likely be suggestions of what to do when here, sort of like a day plan. I want it to be fairly detailed, but with a handful of large icons that pop.

Also, I had to scan this with my phone since my scanner decided not to function (which is also another reason my final will be a digital format). 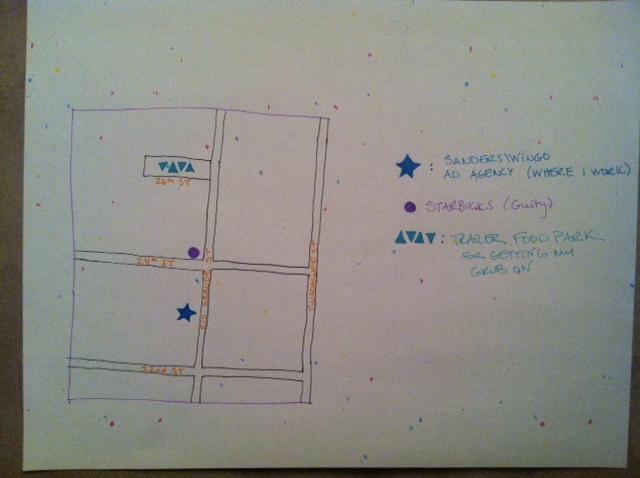 This is a very minimalist, zoomed in version of the area by my workplace. The streets are reduced to just the ones I frequent/commute on. On this map, I have only shown 3 places in total: my office and two of the most common go-to's.

2) Using Everplaces, I mapped several of my favorite spots around Austin, all of which I would recommend to anyone visiting. You can see them here: https://everplaces.com/victoriav/places. Now that I know Everplaces exists, I will definitely keep updating this and creating different collections (thanks for the share, Anne!). Even though they are just a few right now, they represent in part the kind of map I am working on for my final project.

Here is my final project (though of course I still have tons of ideas for it, and other maps!) 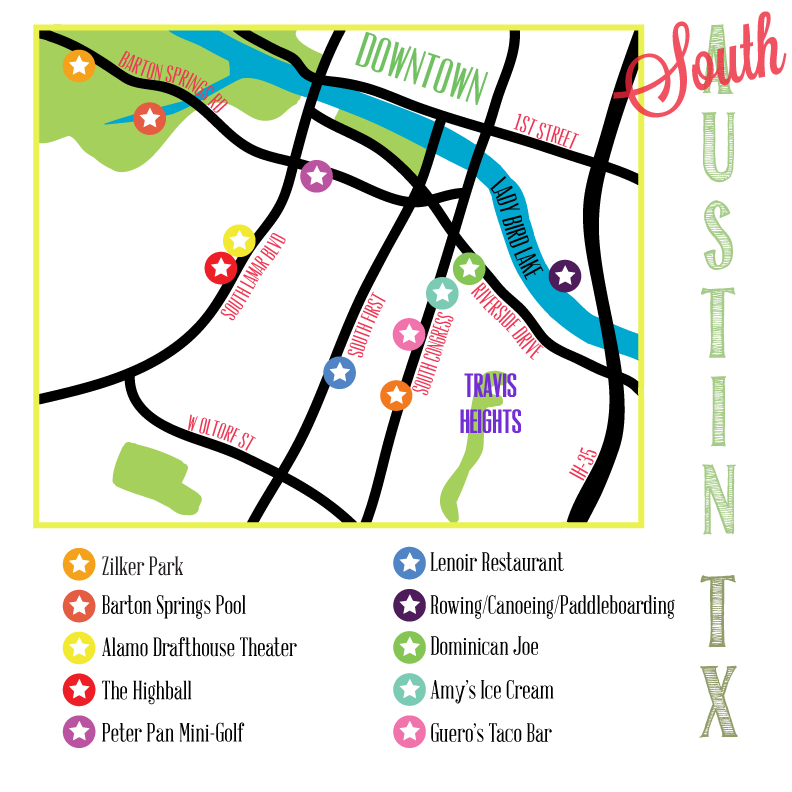 From the beginning I had the idea to do a map of places around Austin that I love to frequent and would recommend to people who were visiting. Since there are about a million of those, I narrowed it down to places in South Austin (south here meaning south of Town Lake/Lady Bird Lake). Most of this area (maybe all of it) is in the 78704 zip code, which some realtors even refer to as "the hip zip." Yes, lots of hipsters live/frequent this area. No, I do not identify as one myself!

Most of the places are self-explanatory. The Highball is a swanky (as in decoration, not pretentious) bowling alley with a great bar (they have food, too, of course). The also have a back room that hosts a variety of awesome events, like trivia nights, bingo, etc. Dominican Joe is a coffee bar/shop. Amy's is unique to Austin. Lenoir is a prix-fixe menu restaurant that sources its food from local farmers and changes its menu regularly to reflect what is in season. I could go on and on about these places, so reach out if you've got questions :)

As for the map itself, I did it all in Illustrator (which I am a newbie at - as in, I literally opened the program for the first time 4 weeks ago). I wanted a minimalistic map (my two guiding principles here were "form follows function" and "less is more") to put the focus on the places and less on unnecessary details. I also wanted uniformity, so all the same types of things are the same color (ie roads are black, grass is green,  street names are all the same color and font, etc. - though I can't promise complete consistency...). The place markers (symbols I created myself) had to end up varying in color because I had placed them all before realizing that having them be the same color would in no way clarify which went with which place haha. You live and learn.

Anyway, I would love to improve this map and then, ideally, challenge myself to coding it as an interactive map for the web (I'm thinking some hover action pop-ups or something).

Ok, I'm done rambling. Thanks Anne for the awesome links and inspiration. This class really got my gears turning and creative juices flowing (despite some of my lackluster efforts :P). I definitely plan on taking what I've learned and carrying it with me into my future projects. Merci bien :D