1. What is your chosen subculture?

3. Do you have access to it or would you have to get permission of some sort? If you need permission look into who to contact. Is it worth the work?

I don't need permission (photos are taken all the time at events like these) but I have spoken with the owners of several bogs and gotten spoken permission to take photos. I also plan on asking people if they interest me enough to take a photo.

4. Are you able to visually capture what this subculture is about in interesting images? If you choose to cover a subculture where the people are mostly stationary (think yoga or meditation), think of different ways you can photograph it.

Yes! I think this subculture is very visual. I have an idea of what kind of photos I would like to take but I am also going to take photos of things as they happen.

5. Can you get there in a reasonable amount of time? How much gas would you need to get there?

Some of the bogs are an hour or more away but I think its worth it to go and get these images.

6. Explore why you are interested in this subculture. Why does it interest you? What kind of images can you think of that you would like to capture? If you can put your interest into words, great! If not, don't worry; show me visually instead.

Mudding is something that I've always heard about and had friends that have gone, but I haven't been able to go for whatever reason. I think the main reason I want to do this is the finally experience this subculture that has escaped me for so long.

7. Is this a subculture you are willing to spend a significant amount of time in? I don't want you to go to an event, spend ten minutes shooting and leave. Spend some time there, get to know the people, go back a second time if you want to.

Yes! I have been wanting to do this for years! I have plans on going to several mud bogs over a few weekends.

8. Is it legal? Can you think of any reason why a police officer would approach you?

I don't think anyone would have a problem with me being out there...

9. Is it safe? I don't want you going to the bad part of town because you're interested in photographing poverty in America. (That would be a GREAT project, though. Just be safe while you're doing it.)

I think the only way it wouldn't be safe is if I get whiplash in one of the trucks. But I doubt that will happen!

Project 2: Photo Essay of at least 10 images of the Mudding subculture in North Florida 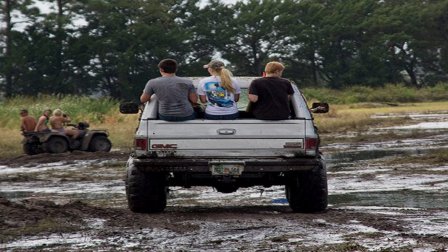