For the final version I wanted to give more of an overall feeling for the brand by adding in a few more visuals and a few more details which I'd neglected in the first rounds.

As Meg suggested I'd also like the images to resize with the browser, so that when you land on the page a strip of blue with the little point peeks up at the bottom of the screen, indicating theres more below. I think it would be great if in the Local | Online section the icons animated - like the smaller houses popped up and then connected to the main one, and the little pins on the world map popped up all over.

Also I thought I'd just explain my reasoning for the style of imagery etc. To me, Mother Tongue is about a mixture of all the great things about old and new learning, it encourages you to meet people nearby and learn face to face, but also allows you to connect and do the same online. I wanted there to be a sense of fun also, which started with the name and carried through to the imagery and colours to create the overall feeling of Mother Tongue.

This is the first time I've designed something like this, and I'm pretty pleased with how it turned out!
Big thank you to Meg for the awesome class and help along the way!

Since the first version I've added my avatars along the bottom of the site and incorporated Megs suggestions of including some navigation once you're signed in.

Hoping for the next round to refine the branding a little and also maybe add a little infographic or illustration of how it works.

Any feedback would be awesome! Thanks! 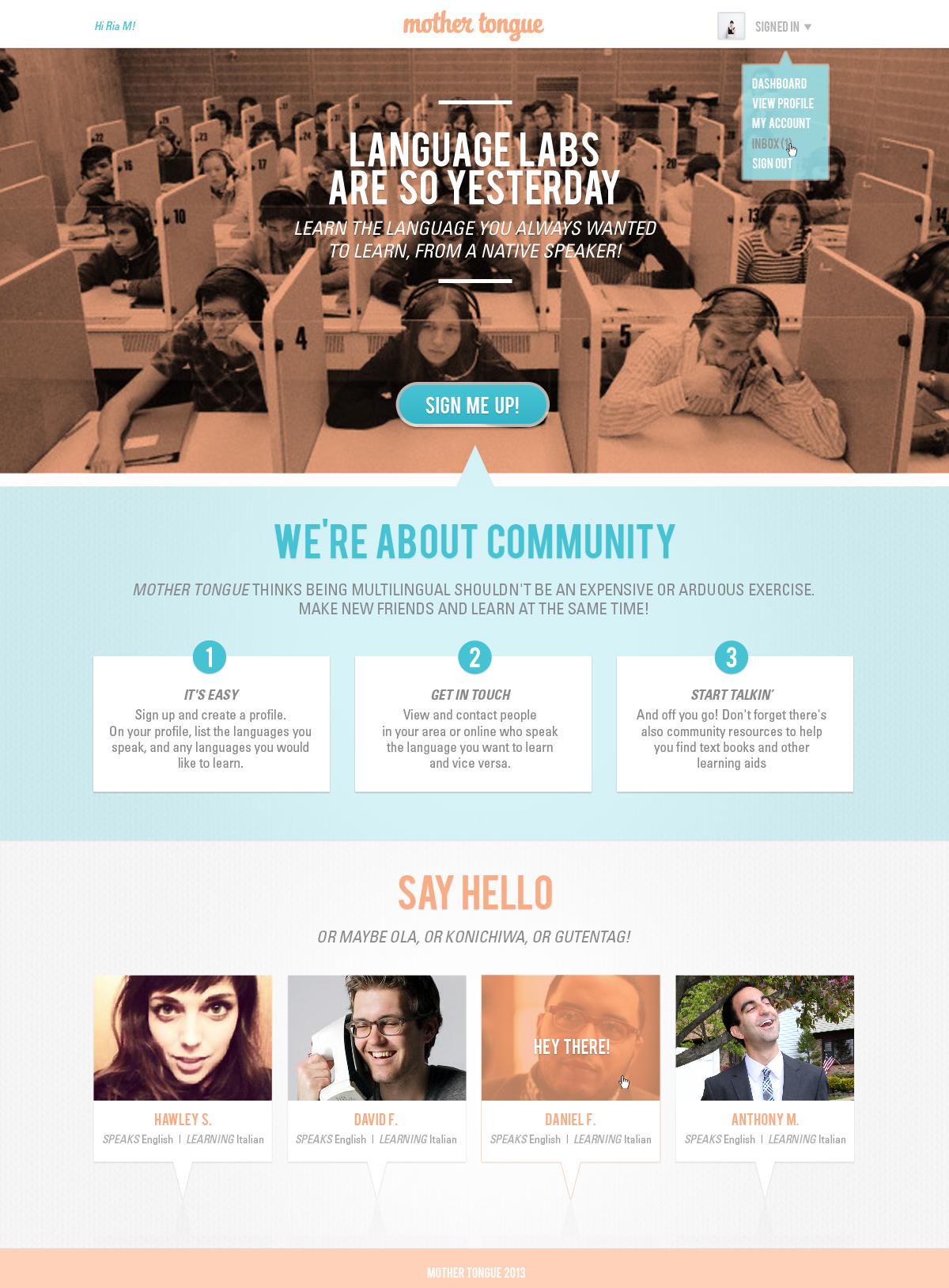 Hi! My name is Ria and I'm a graphic designer from Sydney.

My project is based on the idea of a language exchange. I guess it's essentially a match making website (almost) for people to teach each other their native languages.

This service would in theory allow you to sign up and view people in your area or online who want to learn the language you can speak and vice versa, then you can help each other, for free! I've been learning Japanese for a few years now, and while it's very worthwhile, it's expensive and you can never get enough speaking practice!

I've called it Mother Tongue, and while its a bit raunchy I think it has a ring to it - and it's also not realy so why not have fun with it! It also means native tongue, and I think it has a real sense of community about it which is what this service is about.

Still a fair bit of work to do, so any feedback would be greatly appreciated! 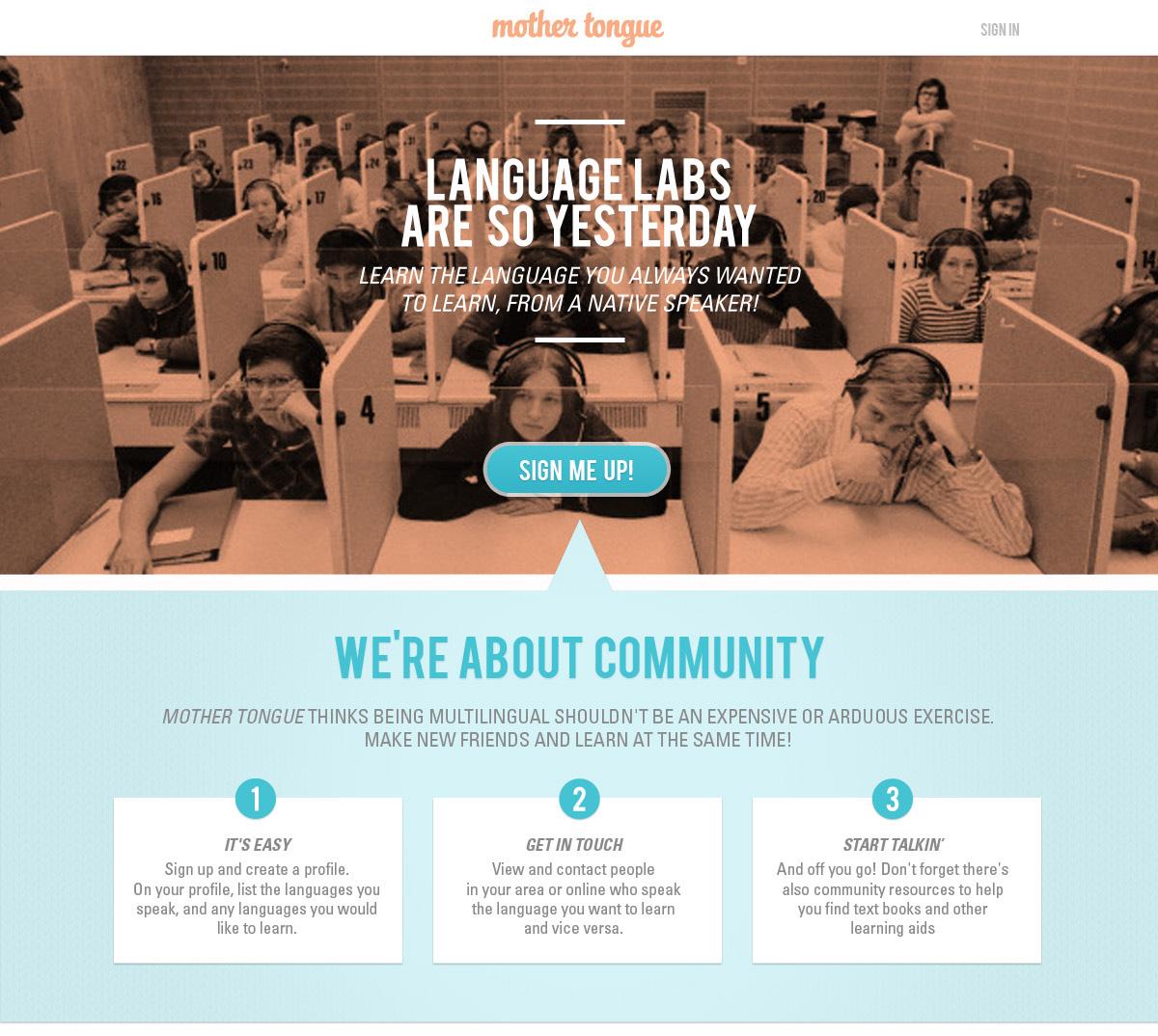 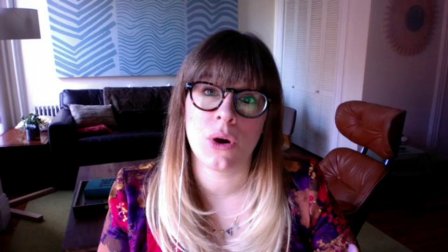