More Logos from the Future

Hi there! I'm working on a few jobs for future companies, including a design conference in 2515, and thought I'd share a few of the logos from the sponsorship committee:

Weyland-Ansari is one of the major holding companies of the 26th century. They've got their fingers in ALL the pies. The company was formed when the Ansari family gained a controlling interest in Weyland-Adobe, which was itself the product of a merger between Weyland-Yutani and Adobe Systems. Based on a slight kerfuffle in the 23rd century they're still banned from creating sentient machines, but can we trust them?

Urbana Labs are NOT banned from creating sentient machines, which is why they gave us the HAL 9000 series. And that worked out beautifully, didn't it?

Space-L is a MuskCorp venture. In 2415 they inaugurated the first space elevator that allows us to get into geostationary orbit by simply stepping abord an elevator created from titanium nanotunes. It's made micro-gravity manufacturing and interplanetary travel an economic reality. The logo is a scale representation of the elevator. (The only thing not to scale is the cart. Otherwise it'd be the size of Australia.

Richard Branson's Virgin empire will continue to flourish for centuries. This is the classic 2379 retro-romantic identity for the Virgin Interplanetary fleet of Boeing-Shahab's IonStar 7000 jets.

LinoDyne has become the dominant type foundry of the 26th century by distilling all of humanity's past typefaces into genetic profiles. Based on this seed stock they now grow new typefaces in vats by cross-breeding the most succesful font families.

Starting in 2273 immortality is a choice available to all newly activated humans. Prior generations had to resort to cryogenics and are now defrosted long enough to file applications for digital revival, heirloom lifetime biological revival, or full immortal reinstatement. The Cryogenics Arts Agency is one of the premier providers of cryogenic storage and revival.

Grey Goo Vodka is one of the more popular drinks of the future. A swarm of Nanobots, ingested in a flavored solution gives you a temporary feeling of happiness, superiority, and strength. It also aids fdigestion, increases muscle mass, and brain capacity. In very rare cases, the nanobots will metabolize the human host into random objects or a puddle of the eponymous grey goo. Most people feel that the odds are in their favor and that the risk is worth it. Grey Goo is sponsoring the closing party of the 2515 RePressurize conference. 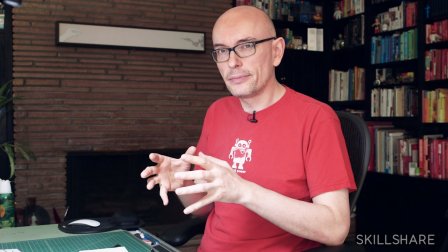