Your class is awesome! Your examples are really cool and I like that you speak with so much enthusiasm. :-)

I've never designed a monogram but when I watched your class I immediately thought that doing a monogram would be lots of fun. I also wanted it to be something meaningful. So I decided for the letters R and V. R is the first letter of my dad's name and V the first letter of my mother's name. They have their anniversary in a couple of weeks so I thought that giving them their own monogram will be a unique gift. :-))

So, I first did a mood board. As you can see there's some different styles because I had not really an idea of what I wanted to do...

And these are my sketches:

I feel that my sketches for a rounded symbol didn't really work out. Also my parents are cool people so maybe their monogram doesn't need to be too rounded or super curly... So I decided to go with this one which I thought was cool. I like that both letters define also a part of the other letter so they are connected which is a nice reference to their relation. And I think it's quite balanced and has a certain symmetry. That's why I chose this one.

I don't have much experience with using textures, but I tried some things. I'm not sure any of them is exactly what I wanted but option 2 with the silver/goldisch color is closest to what I had in mind. But it doesn't look very happy. The 3rd one looks happier.

Do you like the sketch I chose? Or do you think I should try something else or work with a different sketch?
And do you have suggestions for the colors and/or textures?

I really look forward to your feedback and I'll update my project according to your suggestions.

Thanks so much for your time!

I wish you a great day!

Hi Jeremy, you mentioned that the sketch with the V as a shield was interesting too. So, I looked at it again and I made a couple more sketches with that in mind.

I really like that last sketch. It feels much more appropriate and with more symbolic meaning for this monogram with the more rounded shapes instead of all straight lines. So I really like this. Hope you like it too...

I think it looks best without a shield, so then I tried some gradients with the colors you said that look best.

And this is my final which I think works much better than the previous one. :-) What do you think? 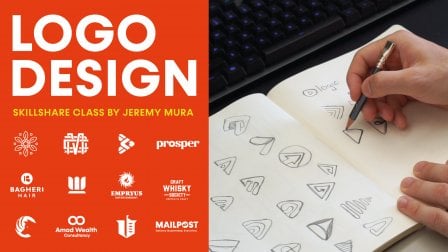