So I keep finding myself coming back to this poster to fix little things that are bothering me. You know how it goes. I think it is officially time to put down the mouse and slowly back away from the laptop. 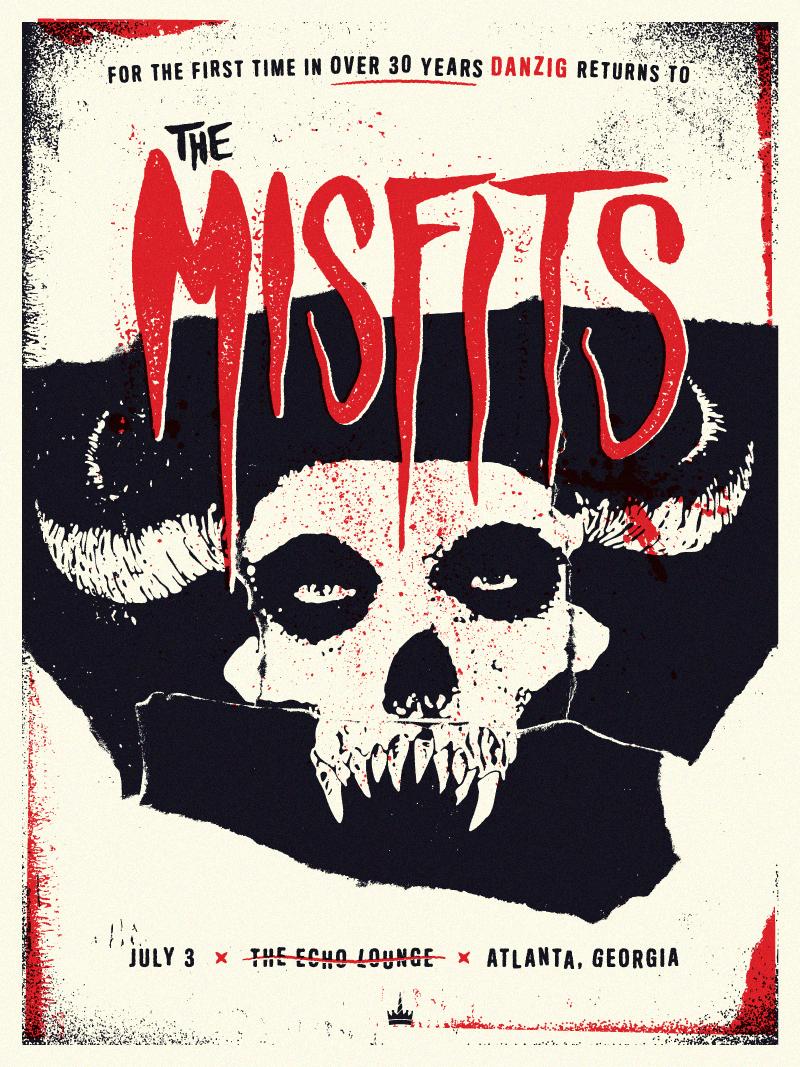 Per a recent deal I made with myself (to finish things I start), I decided I could start by finishing this thing off. So here I am.

I went with the same concept I had before, blending the two skull illustrations. For a little extra texture and visual interest, I chose to combine them physically. I printed each out, torn them apart and peiced them together. I also worked up a band title using a Pentel brush pen. 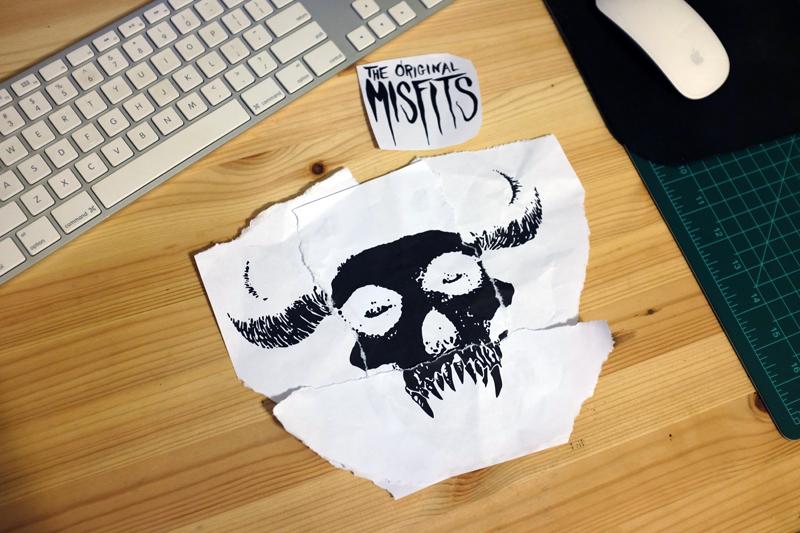 After scanning it all in, I created bitmap TIFF files and brought them into illustrator for placement. Scanned a few random peices of weathered paper I had laying around, and I was done. 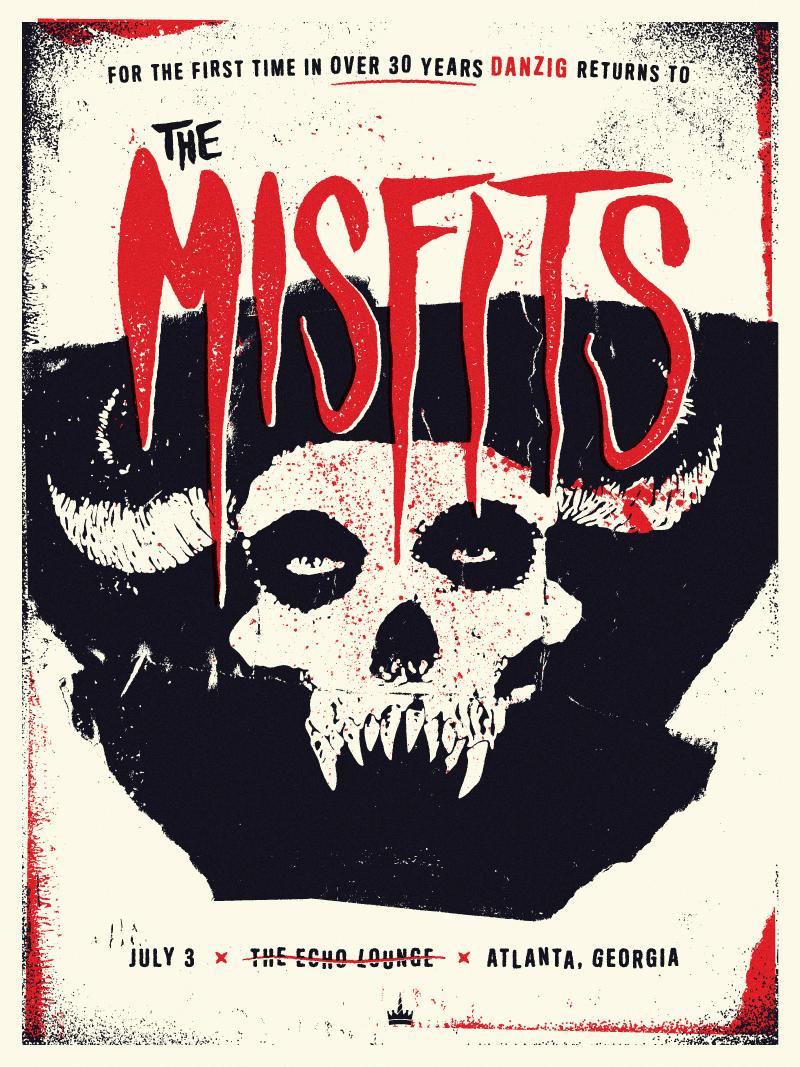 Thanks for checking it out.

A Misfits/Danzig reunion isn't happening anytime in the foreseeable future. At this point, even if it did happen, they're probably a little too old for it to even matter. Nevertheless, I'm going to do a poster to promote a fictional reunion show. Not sure what venue this would be at, but I'll probably just pick a local Atlanta spot.

Not a whole lot of research is necessary for this one. Early Misfits have always been one of my favorite bands. Each entity has a pretty recognizable logo. 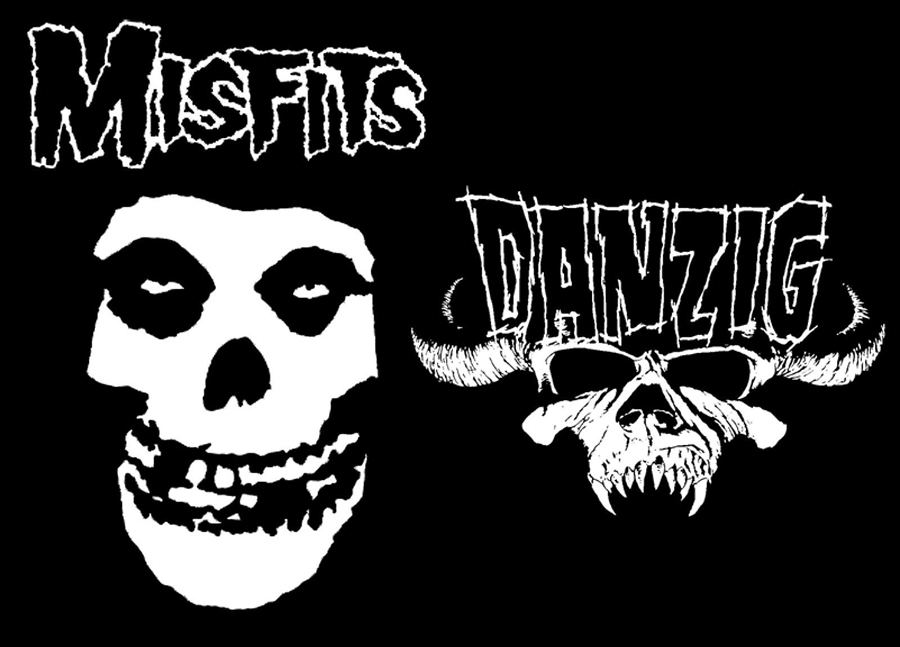 My first inclination is to combine the iconic skulls in some way. Final medium would be a screenprint ( 3 color max ). I worked up this super quick comp in PS just to see how they overlay. 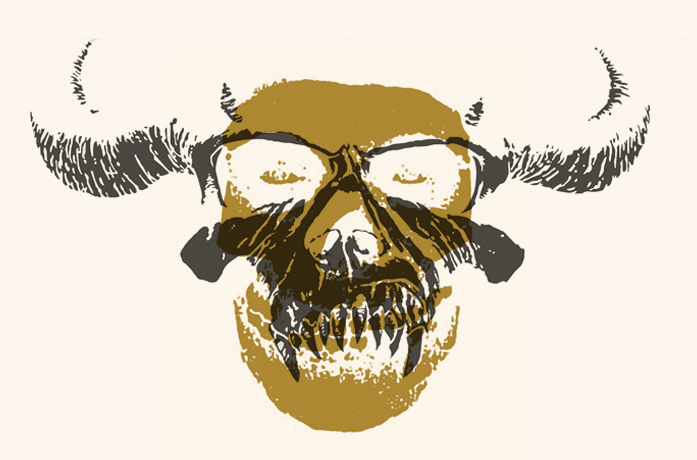 They're a horror punk band, so ultimately: Make it grungy, make it dark, make it sloppy. 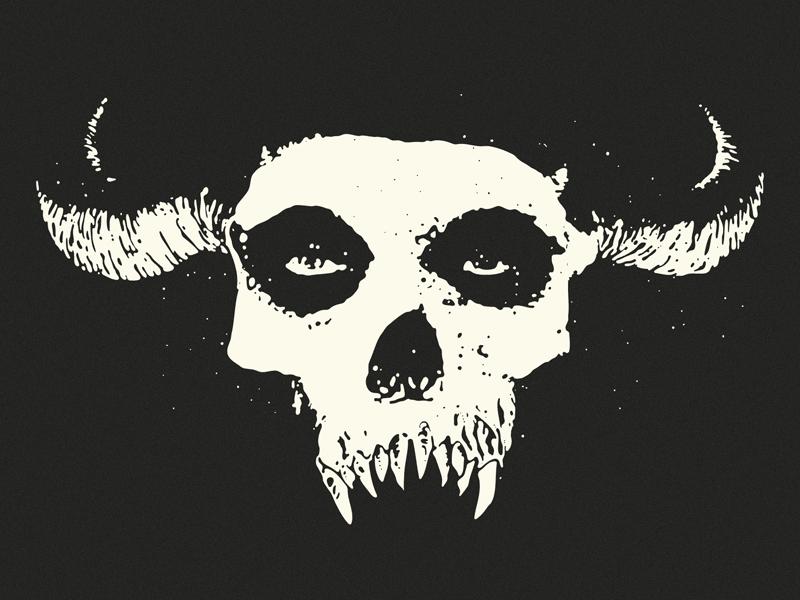 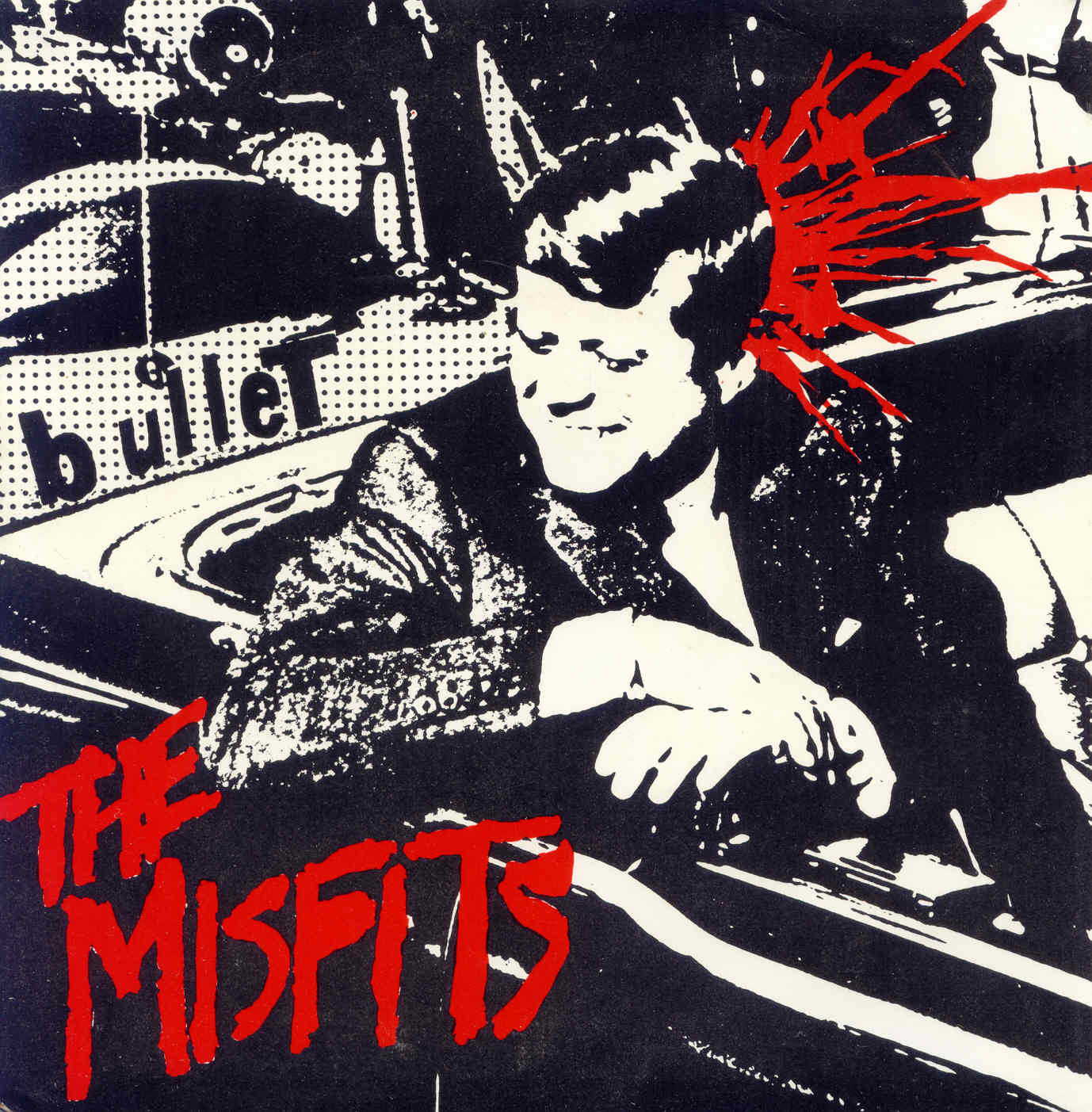