SECOND ASSIGNMENT:  "Hanging on to Life by a Thread"

I have don't have a Minotaur action-figure to shoot like I did on the first assignment, so I had to roll-up my sleeves and draw!  I wish I had more time to refine the drawings I started, but figured it's best just to finish a set of drafts.  Ugh, photos are to big.  Stay tuned...

Okay, I decided to upload the pictures to a slide show.  It should be good enough for now (I will try to post individual photos of the drawings later).

Drawiings - SLIDE SHOW
CLICK TO VIEW: Minotaur: "Hanging on to Life by a Thread" 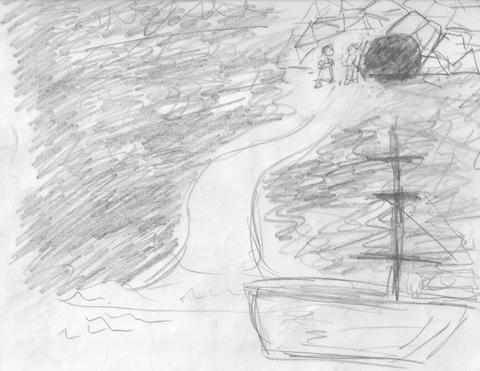 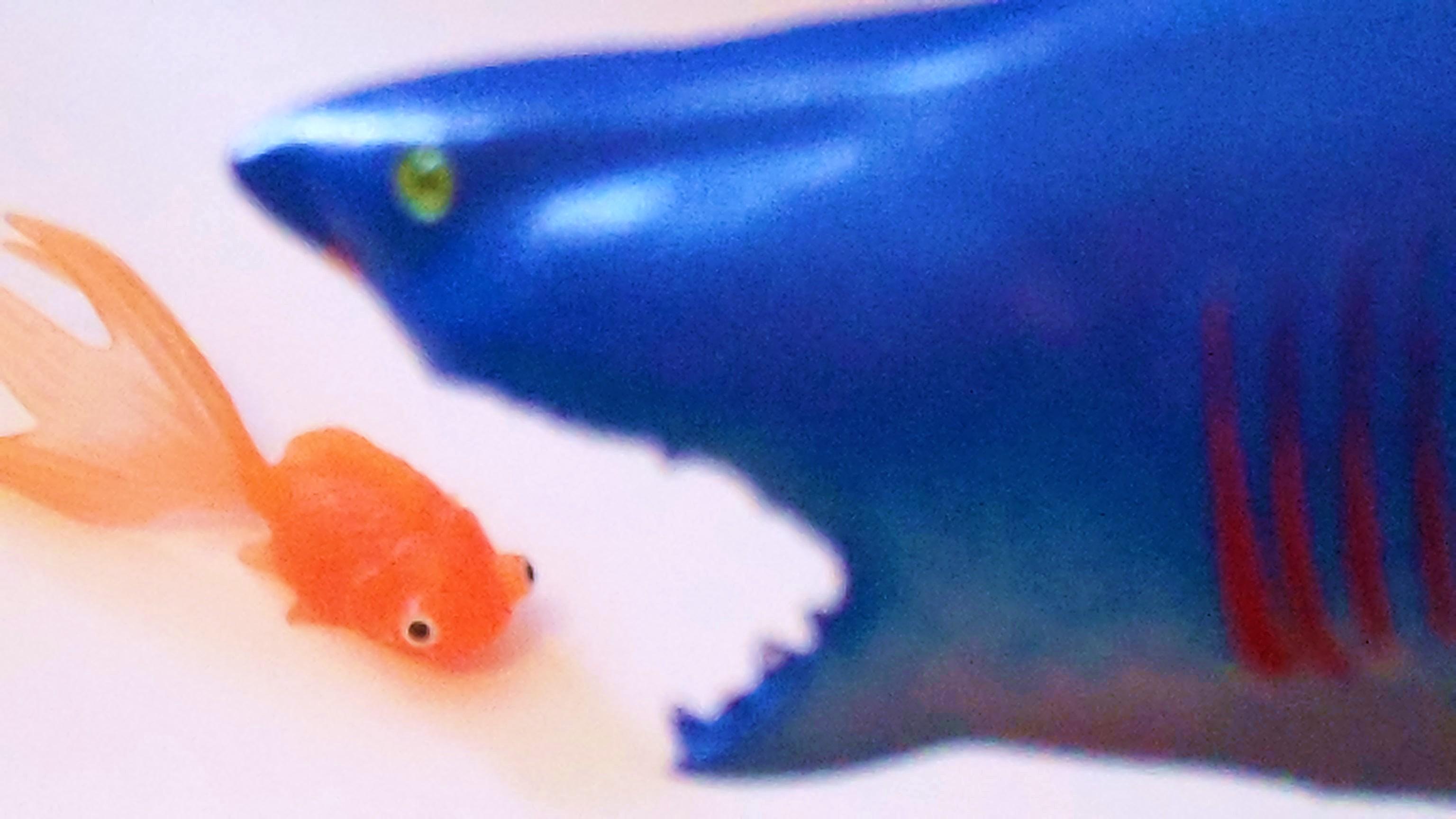 I started with the general idea of the conflict between a little fish and a big fish.  In general, the little fish is getting from point A to B, and keeps getting crushed by the big fish.  I'm still working on the entire story from beginning the end, but I think you get the idea.

I started with some really rough sketches of one scene with post-it notes at work.  With the deadline for the class assignment looming, I decided to move onto  a pencil sketch on a regular sheet of paper. I was having a really tough time drawing a shark with a big mouth and teeth.   My drawings were very primitive, and they did't have much style and energy. In general, I was struggling to draw the shark, and get the right angles and perspective in the overall drawing.

Luckily, I just happen to have some plastic toy fish around the house.  I decided to use them as actors and model them on my desk.  I set up a camera on a tripod and then staged  the goldfish.  I moved the shark in and out of the frame with my right hand  taking various shots, pulling the camera trigger with my left.

I took about 30 different still photos before deciding on this one.  With plastic toys, I have very little control over the eyes of the characters.  I chose this one because of the eyes of the goldfish.  I give up a lot of space to the shark in my chosen photo.  Some of the other photos had the shark further away, where you could see it's whole body coming in "for the kill".

In this photo, I believe we get a close look at the shark's personality. The look of its eye makes it seem cold and detached.  There's no eye contact between the two fish, and I'm not if it's actually needed, or if I can just suggest that one sees the other.