Milk and Roses is an amazing Greenpoint gem. A cafe by day and bar by night, the inside is lined with books, dark wood, and favorite tchotkes from the owner. But: the real beauty lies in the back. Long past the bar, the space opens into an incredible greenhouse and backyard garden that is every bit a respite from the bustle of Manhattan just 20 minutes away.

For my project, I decided to take a photo of mine from that garden space and see how I could transform it using Dan's techniques.

Here's my unedited, original file. All the natural light and lush green tones made me feel this image had a ton of potential. 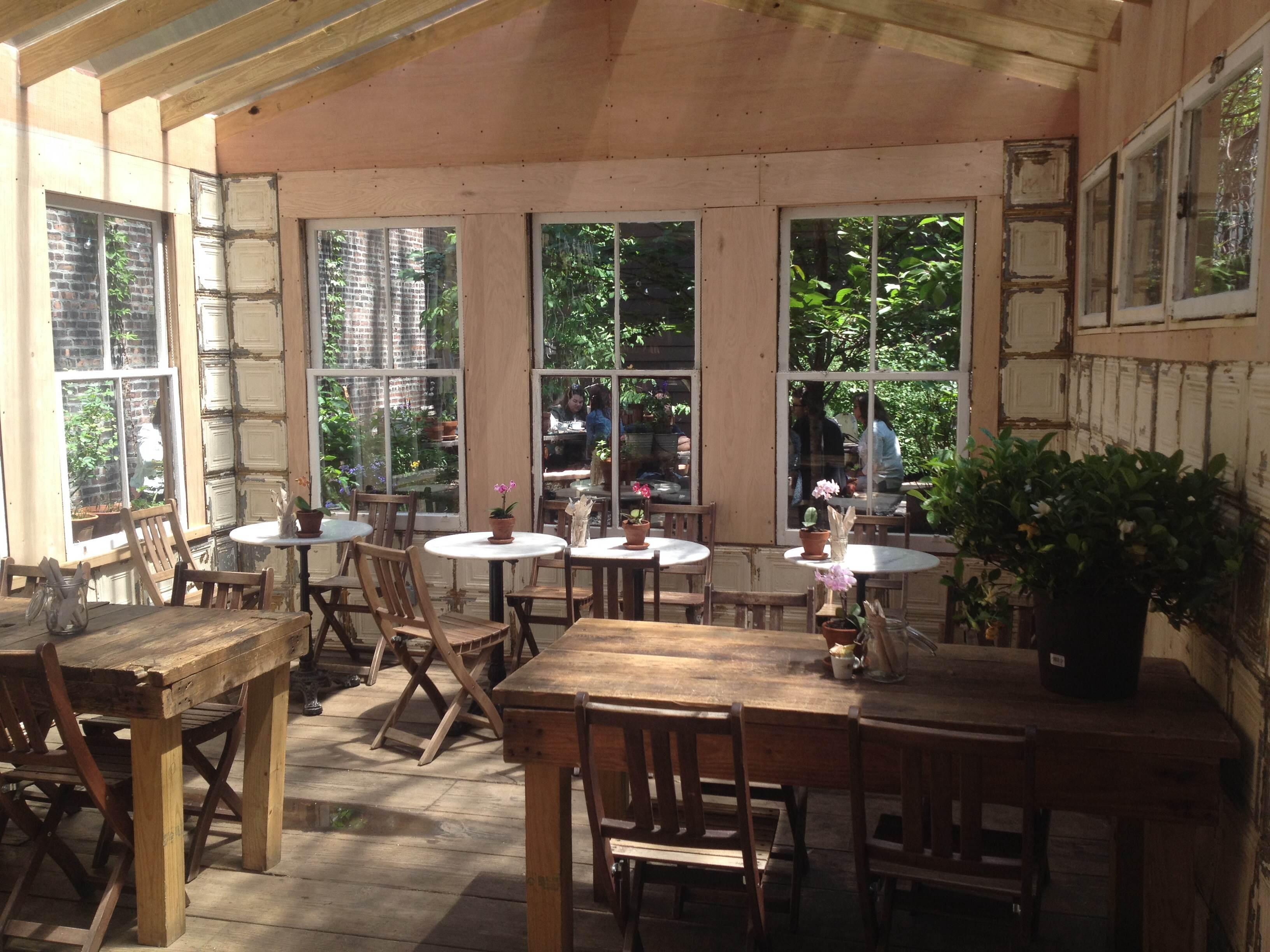 After watching Dan's videos, I was really taken by SKRWT. I played around with it awhile, but none of the changes felt especially compelling to me. Just for fun, here's one of the ways I warped perspective: 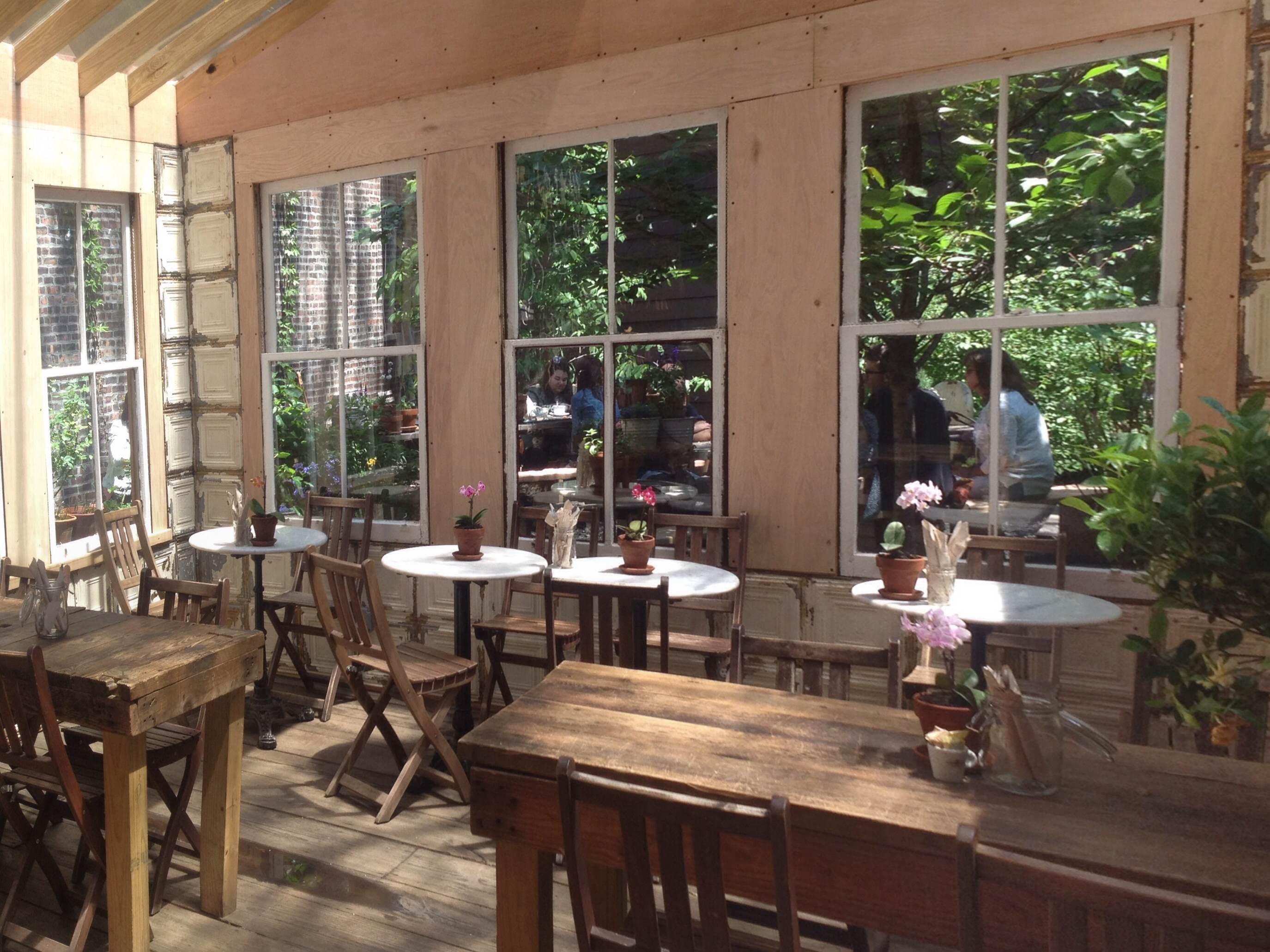 I then discarded that edit and jumped into TouchRetouch. Since I tend to visit the space on my own, I decided to really emphasize that feeling by removing the people sitting in the back garden. This was my first time using the app and my edit isn't as clean as I'd like (a window pane went missing . . .), but it started to convey the feeling I had in my mind. When I update this project, I'll try to be more precise, maybe by changing the diameter of the brush. 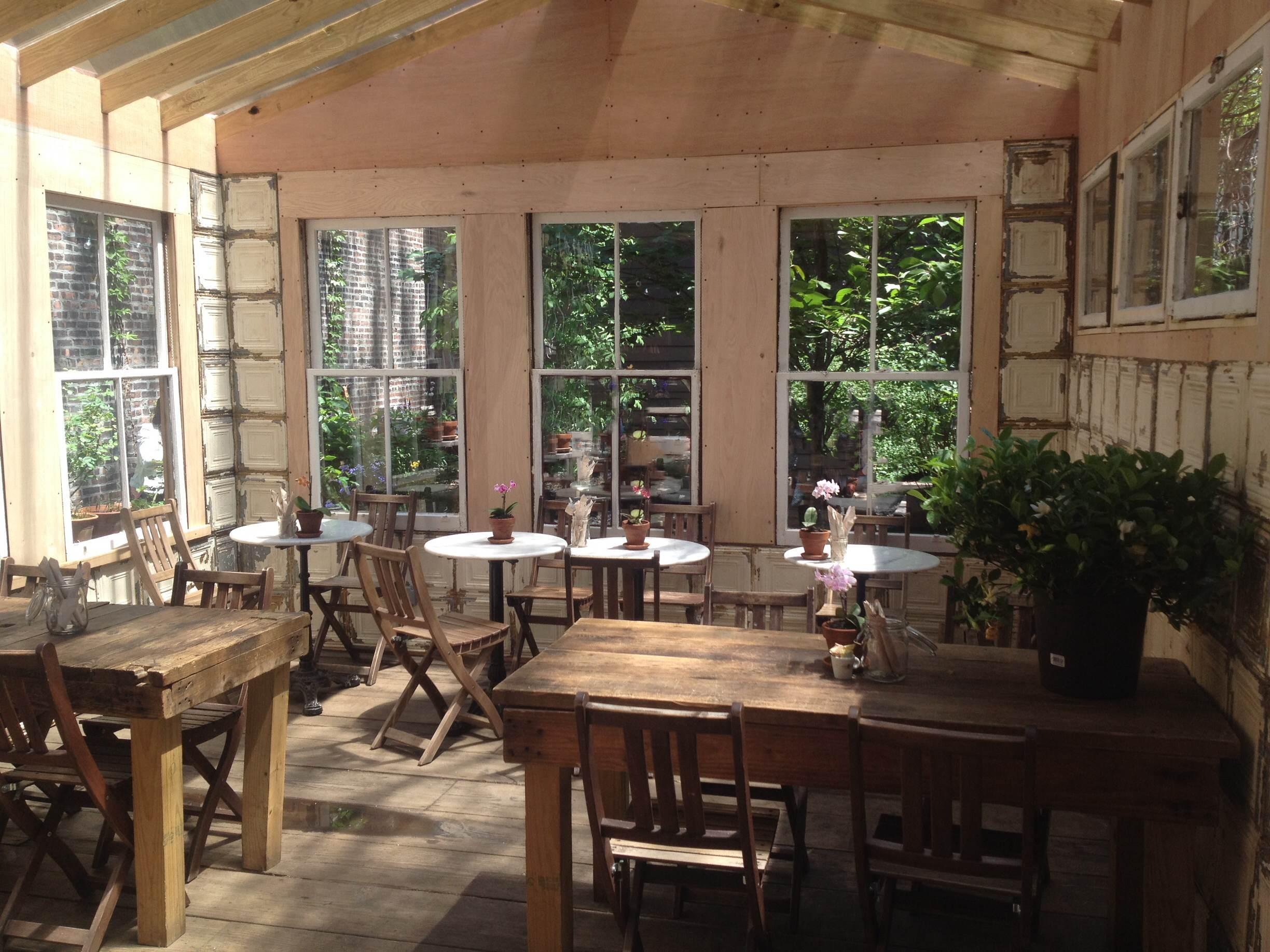 At that point, I jumped into Snapseed and played with brightness and contrast with the selective adjust tool. It was especially important to me to brighten up that dark corner in the lower right, since that shadow countered the bright, airy feeling I had in the space. I also played with brightening some of the light on the tabletops, since it's such a reflective surface.

Next, I jumped into VSCO Cam to do some cropping and play with presets. I really tried to capture the essence of the prompt project and create 3 "dramatically" different looks.

For my first look, I wanted that classic back garden feeling. I slightly warmed the temperature to give that glow and played a bit with contrast. Although I thought about applying the high-contrast G3, I decided not to add a preset. I also cropped it 1:1 for Instagram. 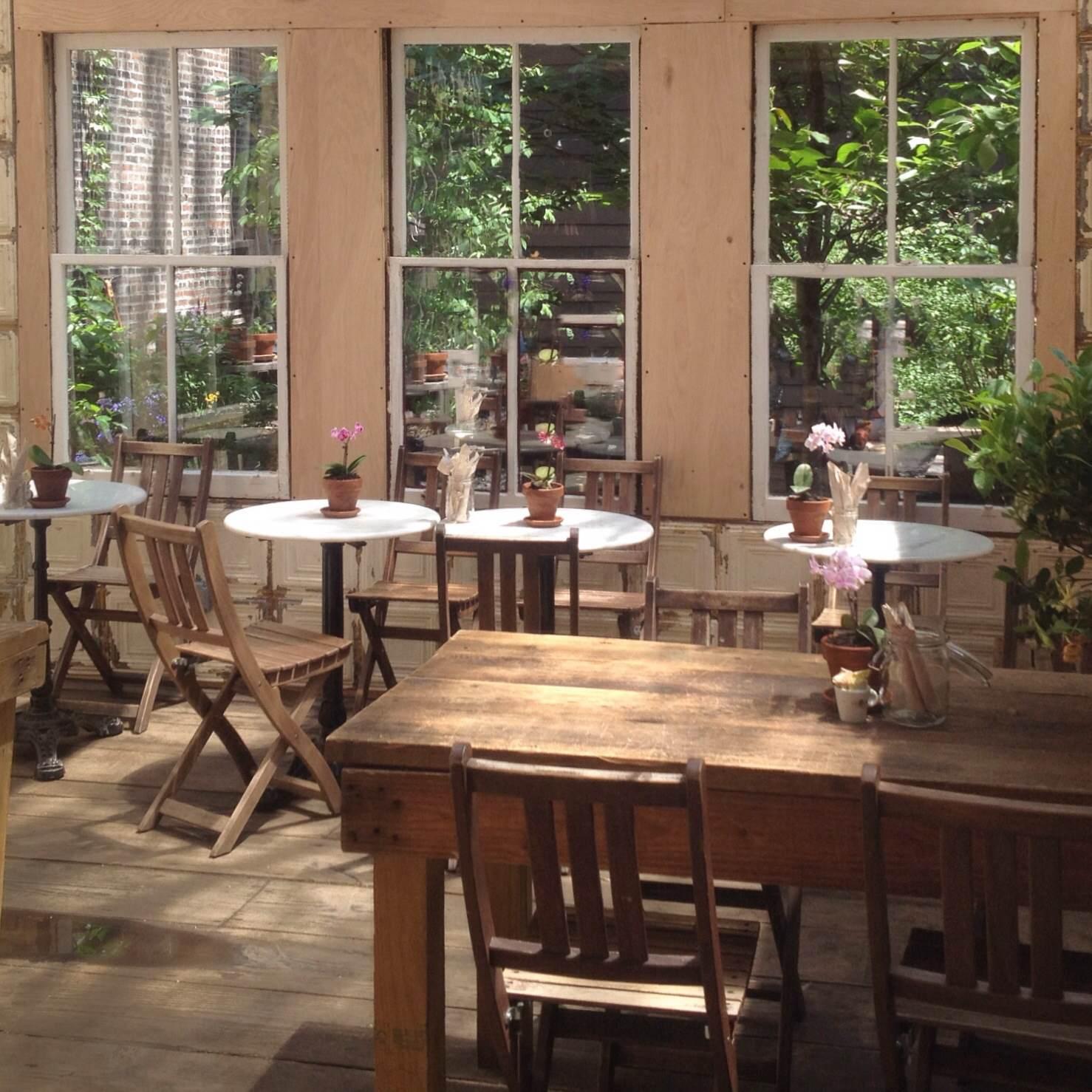 For my second look, I decided to play with a change in the time of day. I pushed the contrast very far to create a harsh shadow effect and lots of dramatic light falloff, and then I added a black-and-white preset. This feels like it could be a 1950s movie set. Much more of a historical moment than the previous photo. Maybe when I update this project I'll add in some grain to make it really feel like an old film still. 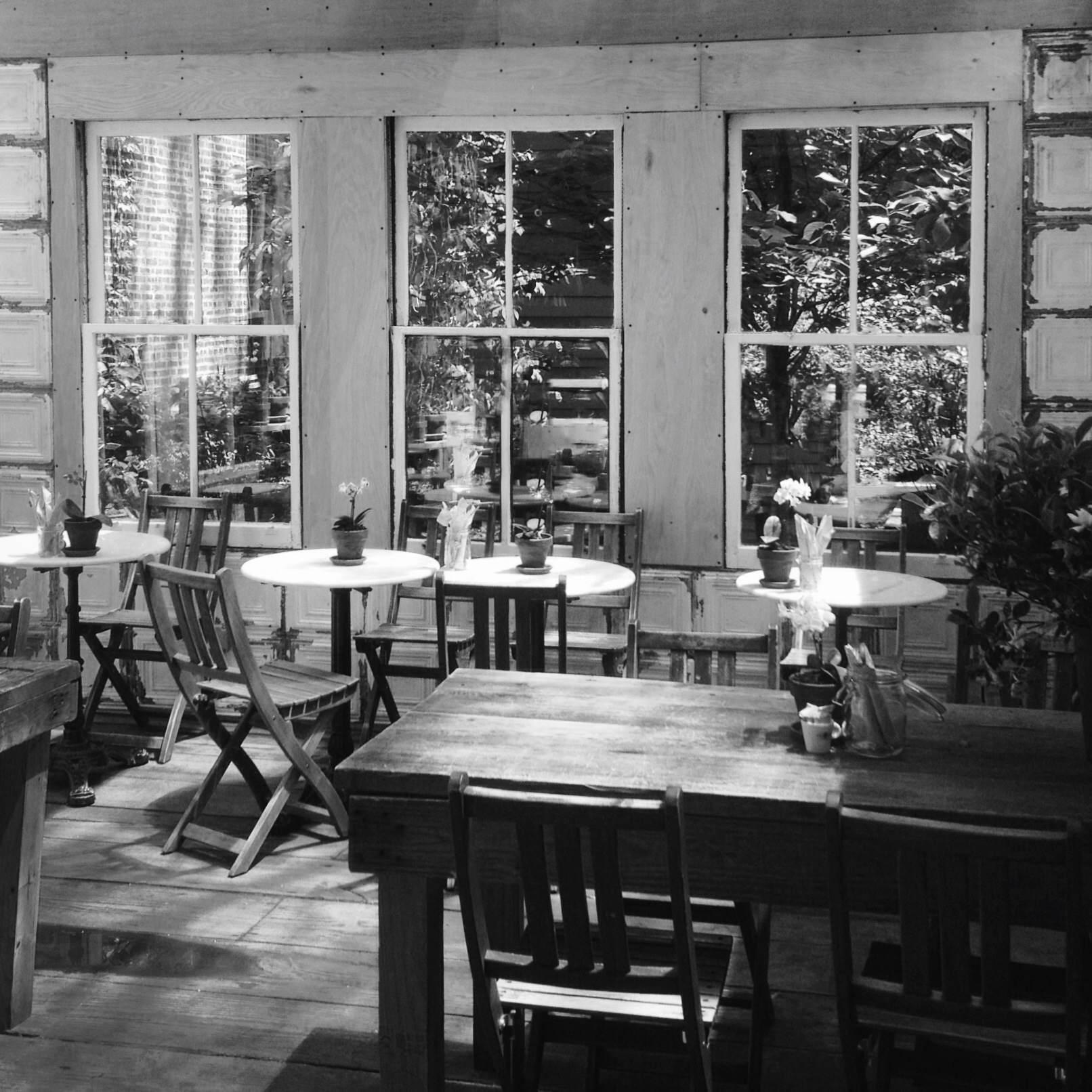 For my third and final photo, I tried an alternate 1:1 crop and deliberately removed the plant that had added that life element to the previous photos. I created an over-exposure effect by amping the exposure dial as far as it would go, and then I added the F2 preset +7 for that analog feel. This strikes me as light and springy, like they just swept through cleaning. When I finished the edit, I realized there was this great brick wall texture I'd overlooked, so I'd love to take this version into Snapseed and see how I can use selective adjust to really play with that background. 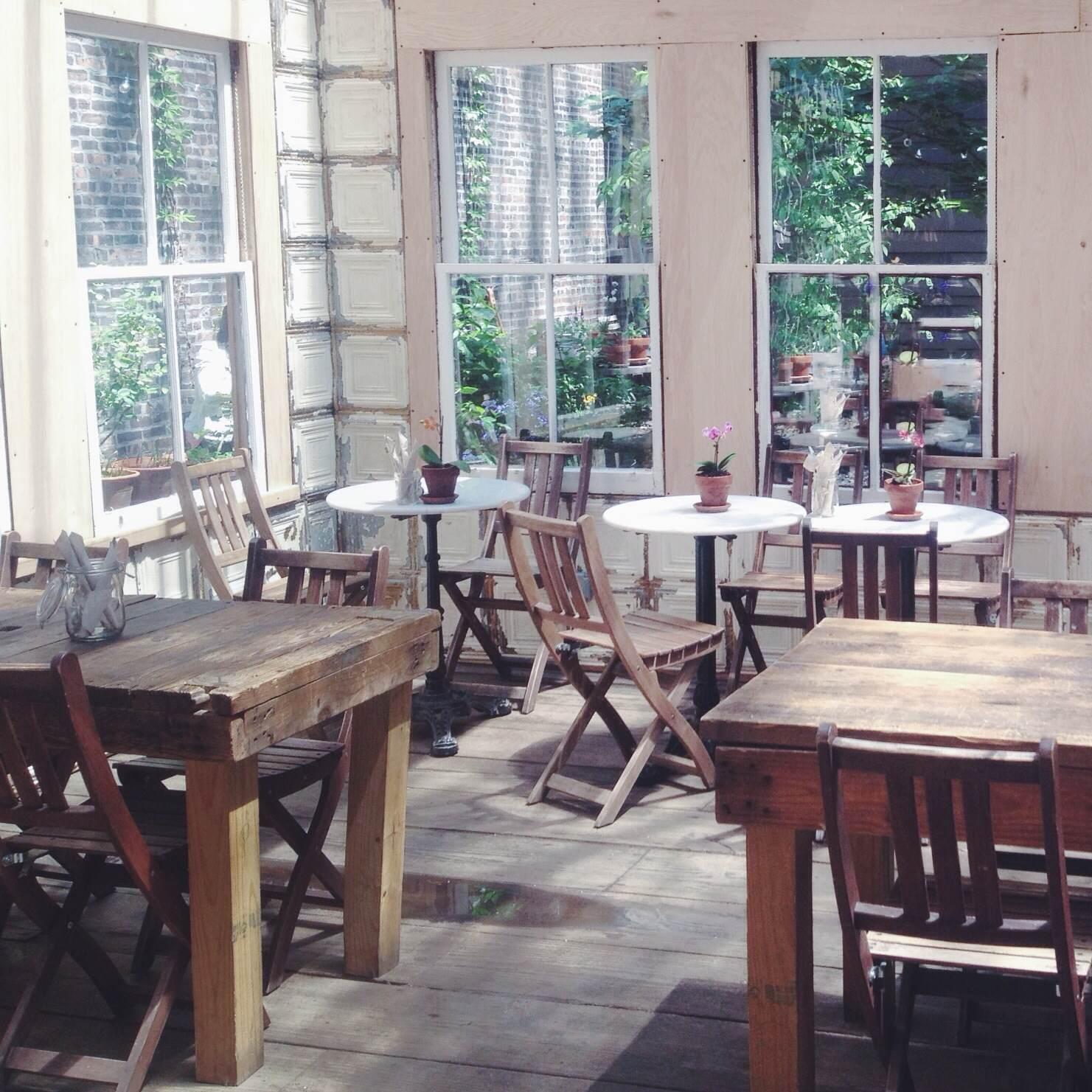 There you have it! I loved playing with these edits and feel like I learned a ton by using these apps, most of which were new to me. For next steps, I'll probably try to refine my detail work in TouchRetouch, and I want to see what I can do with that brick wall! 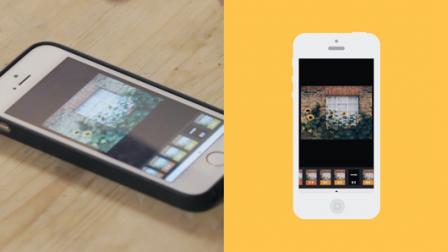