I've uploaded audio only. I'll also show you the script here. It needs tightening, but I'm not sure what to cut. Thoughts welcome!

I lived in Switzerland the year before I started junior high school. My parents had turfed me into a small village school where nobody spoke English. That was OK though, because I was an outgoing ten year old when we got there, and kids that age pick up languages quickly. My problems didn’t start until I got back to my home city, about a week after the other kids had returned to school from their summer break.

I remember walking into that big new school on my first day. It smelled of fresh floor polish. It had two levels, with two seemingly endless corridors on each one. I walked nervously behind the Principal as he escorted me to my classroom. “Class 7-B, I’d like you to meet your new classmate, Tema. Let’s welcome her nicely.” Then he turned and walked away. The teacher pointed me to an empty desk. The kids all stared. In my memory of it, several had evil grins on their faces. They were already planning how they could make my life hell. When I’d been introduced to the class in my little mountain village in Switzerland, I was exotic – a person from the faraway land of polar bears and igloos. Everyone was eager to make friends with me, even though all I could say at first was “Je m’appele Tema. Je viens du Canada”. Back in Canada, I was just an awkward looking kid with an imaginary kick-me target on my back.

To make matters worse, when I got back, for some stupid reason they put me in a class full of kids who had been with each other since kindergarten. I wasn’t one of them. Being an outsider is never a good way to start those awful middle school years.

During the year we’d been in Switzerland , I had gone from being a skinny, active, outgoing kid to one who was shy and uncertain (throwing you into a school where nobody, including the teacher, can speak your language can have that effect). I started getting plump and physically awkward (I had discovered bread and chocolate!). And I was becoming emotionally distanced from my parents and brothers. (That probably would have happened at that age even if we’d stayed in Canada.)

I don’t remember anyone trying to befriend me when I started junior high school, but I sure remember the tortures that started that day and continued for the next three years. The kind of stuff you see in those mean girls movies, but without the handsome guy or sweet nerdy one falling in love with me and defying the others.

I’d be walking along the hallway and people would shove me and knock my books out of my arms.   There was a short, wiry, blond kid named Kirk. He was one of the worst. The type who over-compensates for short by doing outrageous things to make other kids laugh. His specialty with me was sneaking up from behind me in the library or a classroom and bashing me on the head with a book. Girls in the gym showers would point at my breasts, which were developing faster than theirs, and shout “hairy coconuts”. (I never understood that; they weren’t hairy. But I digress.) If I tried to get good marks I’d be shamed for trying to be the teacher’s pet. When I tried to get lower marks, so I wouldn’t stand out, they called me stupid. My face erupted in acne so bad that I couldn’t trace a path along my face without hitting pimples. They named me Zit-face.

Things went from bad to worse. The one girl who had been my friend in elementary and who still stuck by me in Grade 7 got mad at me for not standing up for myself, and ditched me in Grade 8. Mrs Schuler, the one sympathetic teacher, moved to Calgary with her husband. My mom (who, ironically, was a child psychologist) discovered I was seeing the school psychologist. She called the principal and ordered him to put an end to that. She was a behaviourist, and felt that it was rewarding me for focusing on the negative. The ultimate frustration? I couldn’t even cry. I’d hide in my closet, clothes surrounding my shaking body, and try to get the tears out, but they stubbornly refused to come. My eyes stung, but no release.

It all got to be too much. One snowy winter evening, I sat alone on the little strip of brown and orange carpeting between my bed and the frost-encrusted window. My stomach grumbled, because I’d stormed out at dinner, angry at something my mother or one of my brothers had said. Now I could hear my parents talking quietly downstairs. How, I wondered, can I kill myself. I just want this to be over.  I knew that if I tried it, I had to get it right, or my mom would kill me. No, actually, killing me would have been OK; she’d punish me severely instead. I’d be grounded for life. What little sanctuary I had at home would become as bad as school.

I went through the possibilities. I could jump out a window. How many stories up would I have to be to be sure I’d end up dead, and not just disabled? I didn’t know, and there was no Internet in those days, so I couldn’t look it up. Scratch that option. Run in front of a car? Similar risk: they might stop in time, and I could end up permanently injured instead of dead. (We didn’t have a subway system or local trains.) Hang myself? What would I attach the rope to? My house didn’t have ceiling beams. The light fixture attached to the ceiling wasn’t strong enough to hold a swinging body. Pills? I went into the bathroom and opened my parents medicine chest. I knew mom’s birth control pills wouldn’t do it. I’d heard that aspirin often either just made you throw up, or took so long you’d be found before dying. Didn’t know what the others in there were. Which ones should I take? And how many? I couldn’t risk being found and brought to hospital to have my stomach pumped. I knew I wouldn’t get any sympathy from my mom; she’d be at my hospital bedside scolding me for having been so stupid. She’d keep me on an even tighter leash. And my dad was a pharmacologist. I adored my dad. Somehow it seemed like it would be the ultimate insult to him to try to kill myself with drugs.

Guns? A gunshot to the head should do it. It would be fast and not too painful -- you’d be dead too quickly to feel much pain. Too quickly for anyone to find and stop you. There was just one problem: how would I get a gun? All I can say now is, thank you Canada! In the United States, half of all suicides are by gun. In Canada, where guns are harder to come by, they only account for 16% of youth suicide deaths.

My mind went in circles for hours. How could I do it? Who might have a gun? How could I sneak it out and into my house? What angle should I point it at to be sure it would work? Or was there some other suicide option that I just hadn’t thought of?  I guess there’s an upside to over-thinking things. Eventually, exhausted, I crawled up onto my bed, buried my head in my pillow, and this time I was actually able to cry myself to sleep.

The suicidal thoughts didn’t go away. School didn’t get better. My mother and I fought like crazy. One day, though, towards the end of Grade 9, my last year of junior high school, I walked up to my mother in the kitchen and I said the words she’d been longing to hear: “You help other peoples’ children, why can’t you help me?” As a psychologist, she’d known that I had to be ready to change myself and to accept her help before it could work.

During that summer, I underwent a transformation. We started with the biggest change that could take place quickly. I’d had hip-length hair throughout my childhood. Now I sat in the hairdresser’s chair. Blind without my glasses, I could hear the snip, snip, snip, but not see how it was going. Had I made the right decision? You don’t realize how heavy a head full of long, thick hair is. When she was done I felt like my head was floating up to the ceiling. I put my glasses on and saw a different girl.  I smiled.

I went on a diet. I lived on peaches that summer. They were one food that I wasn’t allergic to and was allowed in unlimited quantities.

Once a week I rode my bike to the doctor’s office.  Bit by bit he removed little pimples before they could spread. Then he ran dry ice over my face to cauterize the wounds. I’d pedal as fast as I could to get home, praying that nobody would see me, because my face would stay bright red for several hours after each treatment.

I lived on the border line between two high schools, so I got to choose which one to go to for Grade 10.    Most of my tormenters were going to the smaller one, which was slightly closer to my house, so I chose the other one. I also figured my chances of finding other oddballs like me were greater in a school of 2200 students.

About 2 weeks into the new school year, I was walking in a hallway when my stomach lurched. A few feet ahead of me, sitting on the floor in front of his locker, was the evil Kirk. His devilish blue eyes lit up in his skinny face when he saw me. He grinned. “Hey, Zit-Face!”

My heart pounded. Quickly, though, I pulled myself together. I gave him a confused look. An “I don’t know what the heck you are talking about and what the hell is wrong with you” kind of look. He shrank back against his locker and looked down. He thought he’d got the wrong girl. My new life had begun. 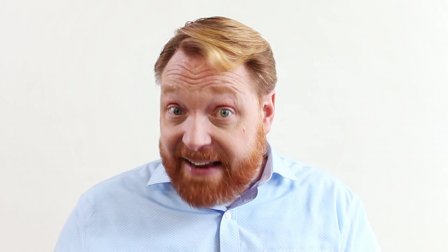