At first I didn't know which way to go with this project.

Then I remembered a Christmas graphic that I created last year using the 3D modeling application Cinema 4D. I decided to test out the glitter techniques I learned from this class on this seasonal image. After all, what's Christmas without glitter? The glitter effects were added to my existing graphic to produce this final image.

Here is my initial image of the Christmas ball and the weathered boards as it was originally rendered in 3D using Cinema 4D. I later added the pine branches and enhanced the holly leaves using Photoshop.

For this project I created the text using the techniques covered in this class and also overlaid the glitter effects on the existing Christmas ornament. The glitter text has the Bevel and Emboss and the Drop Shadow Layer Styles added to give it more dimensionality. 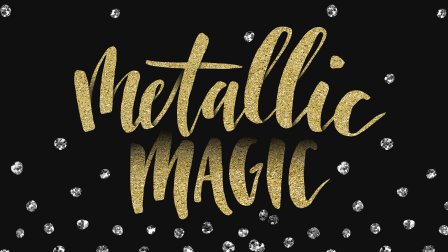