March, 2 - A small town wearing dresses of the wrong size.

I need to conquer my performance anxiety today so I decided not to have a single look at other maps and play with paper cutouts. I didn't want to plan ahead so I grabbed the cutouts and throw them in the air and stick with the way they landed on the sheet of paper.

Something very exciting happened then because the city took its shape right in front of my eyes and I only had to make lots of staring and thinking a few adjustments to make it look right to me. I thought I had the place to find its way into existance so I didn't give any names to it.

"The City could reminds some visitors of Brasilia. It was clearly planned to be a utopia turned real. Of course no utopia can be real so it has some ingenuity in its dna. And so this city is a funny mess of straight orthodoxy and charming ingenuity.

There are glimpses of it everywhere, like in the transport fields on the northwest where airplanes and trains arrive, on the shores of the lake, or in the long gardens corridor on the waterfront connecting with its gratuitous curves the SW and the SE neighboroughts. It's clear to me that  the artificial canal in the south was planned so people have fun around it (the shores of the norh lake are kind of windy sometimes) even though It looks clear to me thatv people find the SE and, unexpectedly to the planners, the SW corners of the city the place where the heart and soul of the city really is, where the city can forget about what it millenial mission and look the way it really is. A small town wearing dresses of the wrong size." 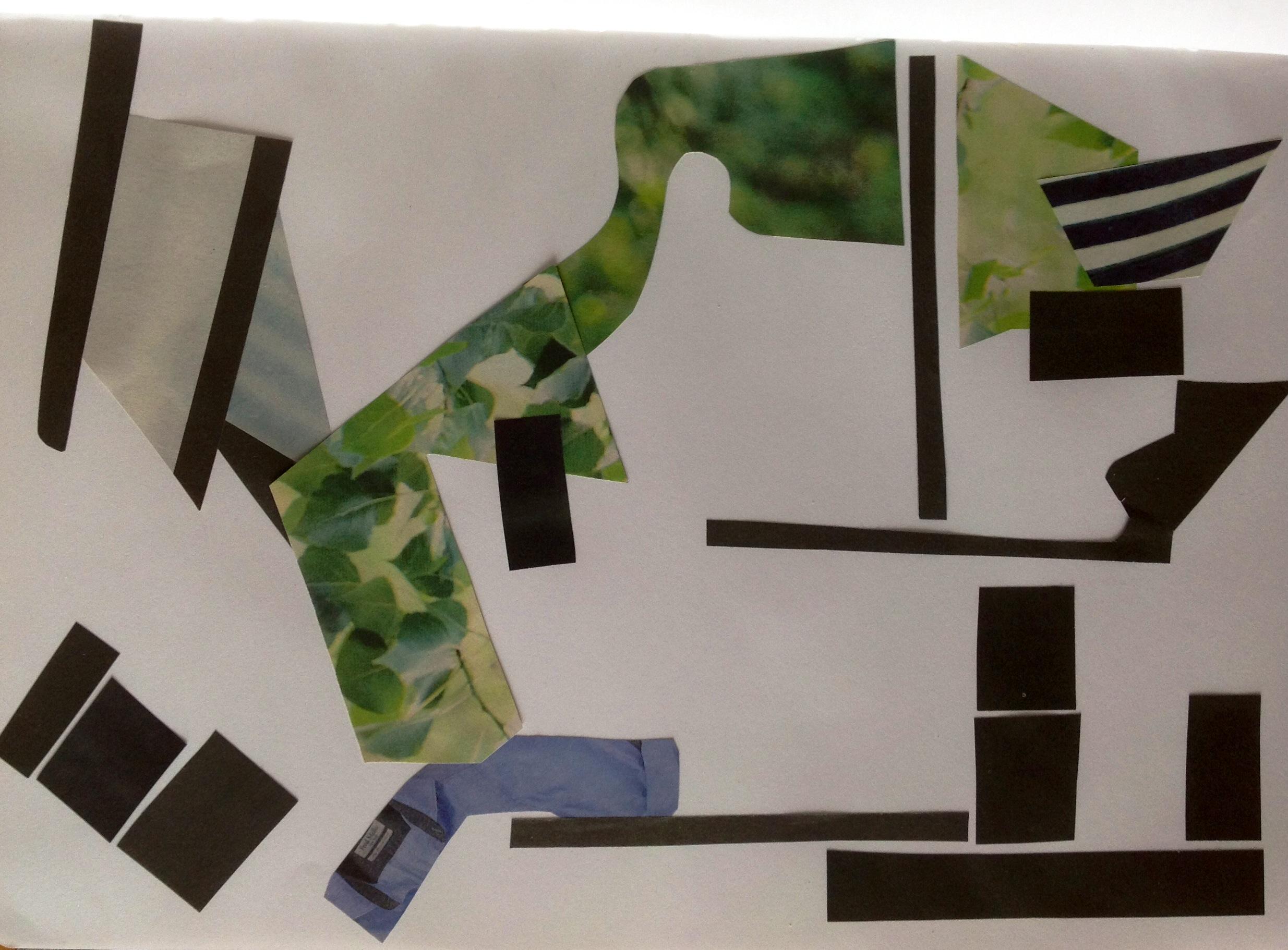 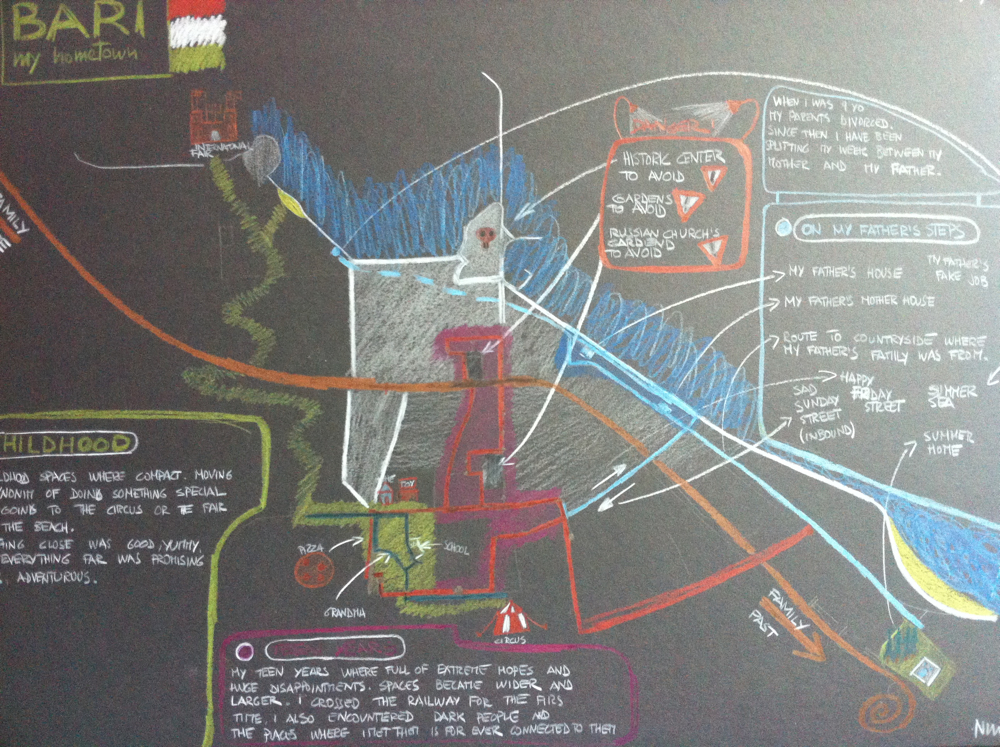 Anne's lectures really helped me getting started on this project: I focused on certain aspects and narrowed the way I wanted to give them shape. First I had to recall my childhood memories and spaces and find the right way to collect them on a map. Slowly differents paths emerged I I drew a sketch. Of course as I started drawing the supposedly final map new ideas and new connection came to my mind and forced me to rethink things as I was drawing them. I realized everything can mean somethin in a drawing: a color, the shape of a line, the way it's filled with color, everything can be used to say something.

Aside from the technical aspects, the map made me realize I didn't my childhood in Bari, but in some very specific part of it. I also realized my weekends with my father took place in a completely different area of the city. I also found the symbolic importance of the railroad (the brown line) crossing the city (and my paths).

I really look forward to work on this map again.

Here are two map-related wesites that I love 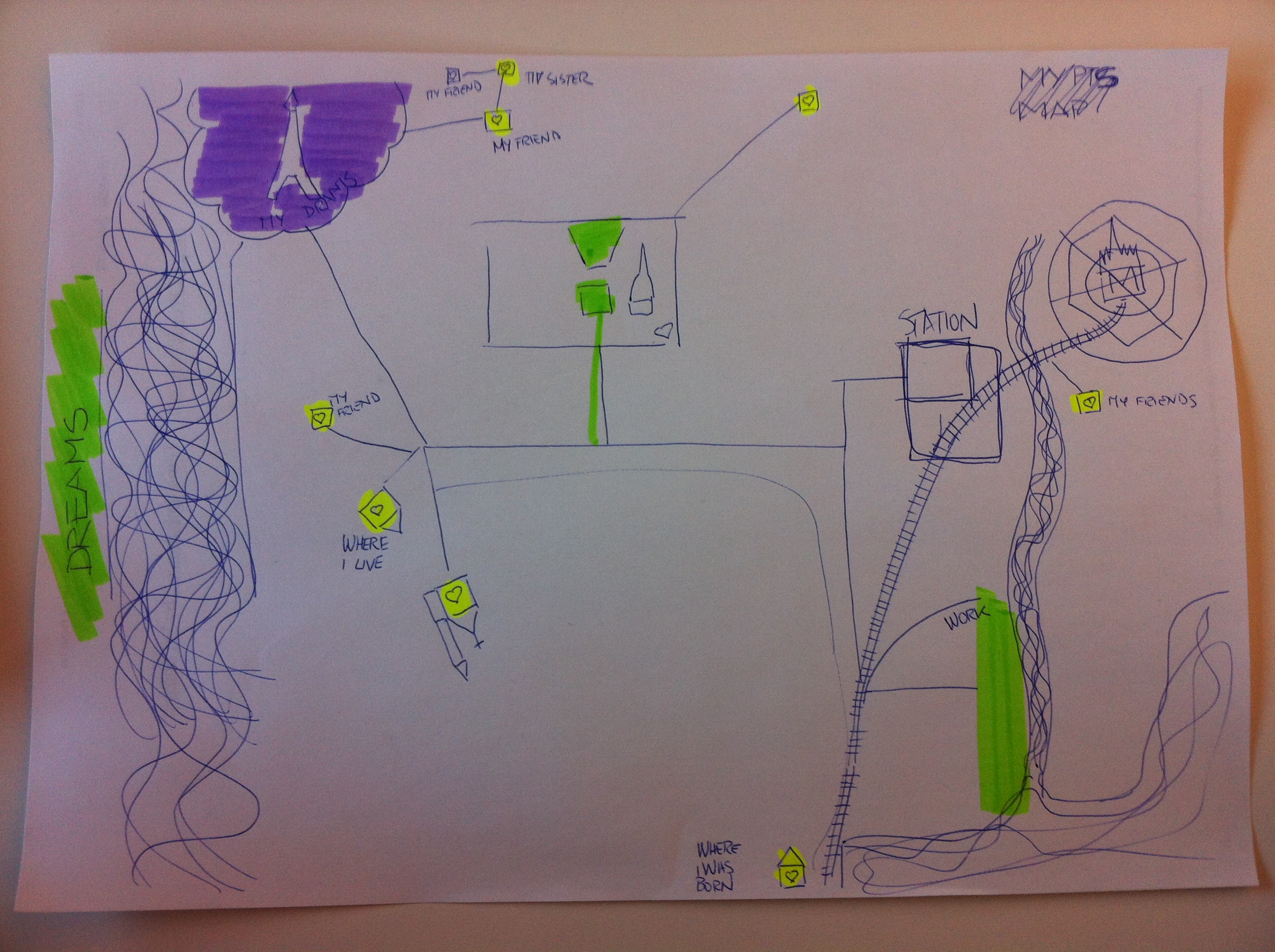 I always try not to take overly ambitious projects (and this really sounds ambitious!) but this is an idea I've been playing around a lot. I'd like to explore ways to describe someone's path in life through his/her unique connections between three dimensions: space, time and senses. What happens if I can see more clearly the connections between my PTS (that's place, time, sense) points? Will invisible patterns become visibile? Will I get to know where I'm going?.

And now, some questions answered: