Melissa Chan Stone is a lifelong Disney fan whose artwork celebrates the history and heart of Disney theme parks. She grew up in Southern California, where annual trips to Disneyland led to a fascination of imagineering and storytelling.

While attending UCLA, she acted in several television projects, including “Hull High” for Buena Vista Television, and interned at The Walt Disney Studios where she would often visit and learn fun history from legendary archivist Dave Smith. Soon after, she participated in the Walt Disney World College Program, living on Disney property in Orlando with students from around the world. There she learned about studio production and was a tour guide on the now defunct “The Great Movie Ride”.

After marrying and becoming a mother, Melissa left acting and began a graphic and web design business, raising her daughters on annual passports and frequent trips to the Happiest Place on Earth.

During the pandemic, Melissa participated in The 100 Day Project, sharing an illustration each day of her favorite memories in the parks on Instagram. Her account, Amuseboosh, quickly became a company offering prints and creations featuring her designs. One of her pieces was included in a virtual community exhibit at the Walt Disney Family Museum in San Francisco.

Melissa has always been inspired by artist and imagineer Marc Davis, who designed all of her favorite Disney characters, from Tinker Bell to Aurora, as well as the changing portraits in the Haunted Mansion. When she learned about Marc and Alice Davis’ relationship and their contributions to Walt Disney Animation and Imagineering, she was struck by their devotion to each other as well as to the work that continues to bring happiness to people around the world.

She hopes this book is a treasured love story not only about Marc and Alice’s personal lives, but also a valentine to any Disney fan who loves the details and history behind the magic of Disney theme parks.

This book is dedicated to Rob, Sabrina, and Chelsea for bringing magic to my life every  single day. 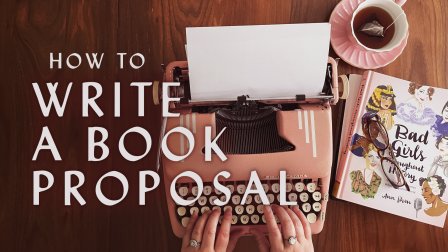 How to Write A Book Proposal
Ann Shen