(The idea here is to start with a bit of a plan. If you just want to experiment a bit, upload a video and publish! I'd love to give you a comment no matter how you approach it.)

A quick draft sketch of what I had in mind. Angelo is running through his world to go save duchess Nectarine from the evil Chowzer. Suddenly a lightning flash and cut to a power-up mushroom falling on to the scene with sparks shooting in all directions as the title is revealed!.

Angelo (featured here) is a bit of a parody of Mario from the Super Mario Bros. franchise. He is going to walk, so for that I had to draw a few leg poses to animate later.

I drew this simple scene, each part on it's own layer in order to keep it organised. I also added some extra props like clouds and a mountain in the background (it looks much like the levels in Super Mario). At this point I don't mind being original since learning animation is what it is about! 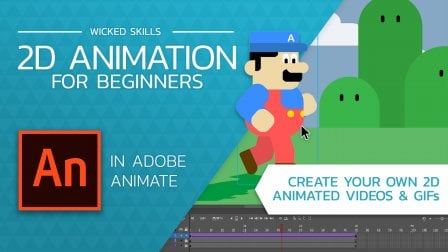