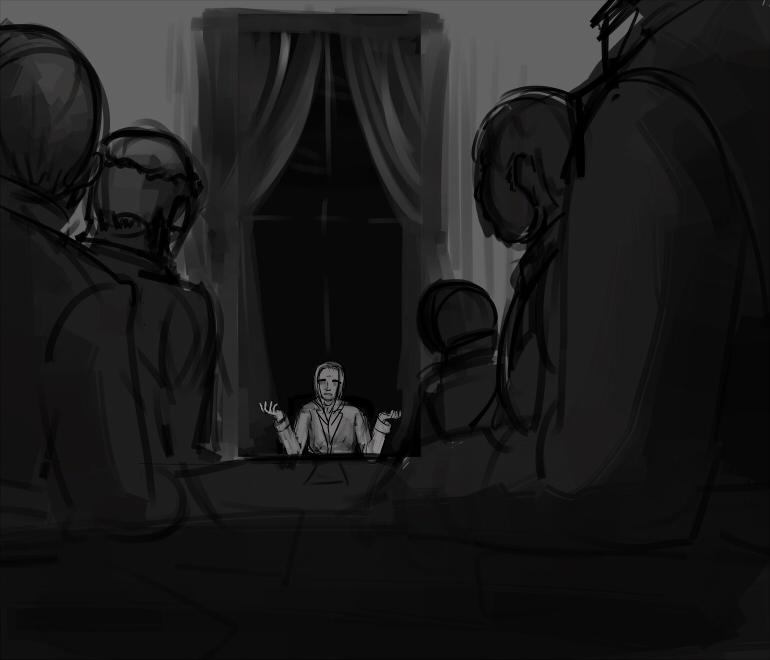 I wanted to get a feeling of claustrophobia for the man in the middle, who's basically explaining his business idea to an entire board. I tried to get a monolithic look for the figures in the foreground, as if they were towering over the guy at the head fo the table. I tried to make him appear as small as possible, and as if the elements of the picture (directions of lines/framing) were closing in on him. I wanted to use the window behind him, though, to express a sense of solidity--basically, he's in this pretty scary situation but is calm and standing his ground. I also made the angle straight on because I wanted it to seem like the viewer was part of the crowd passing judgement.

I also had a few variations on this, such as the window actually being a ridiculously tall chair back and casting a diagonal shadow on the wall that would point towards our speaker. I also am not sure if I like the speaker himself, since I wanted his body language to look a little weak in comparison--basically make him be non-intimidating as possible, but with the elements suggesting a strength of character.