2/18: Started working on the layout and the finer details. I'm going to switch up the balloons so that they're not symmetrical, but I just wanted to get an idea of how they would look. I'm a little stuck right now, so any feedback would be appreciated! 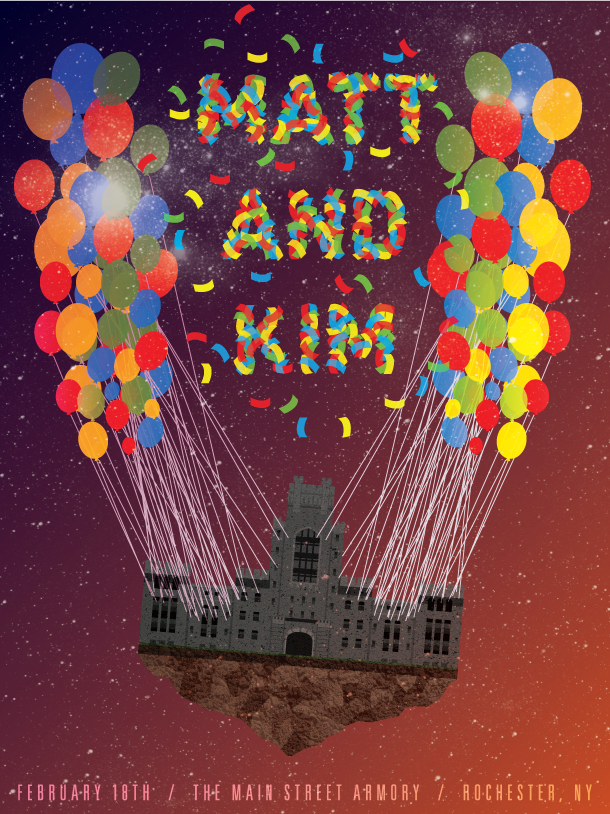 2/15: Started working on the building. I want to make it dark and kind of creepy looking to contrast against the bright colored balloons and confetti. 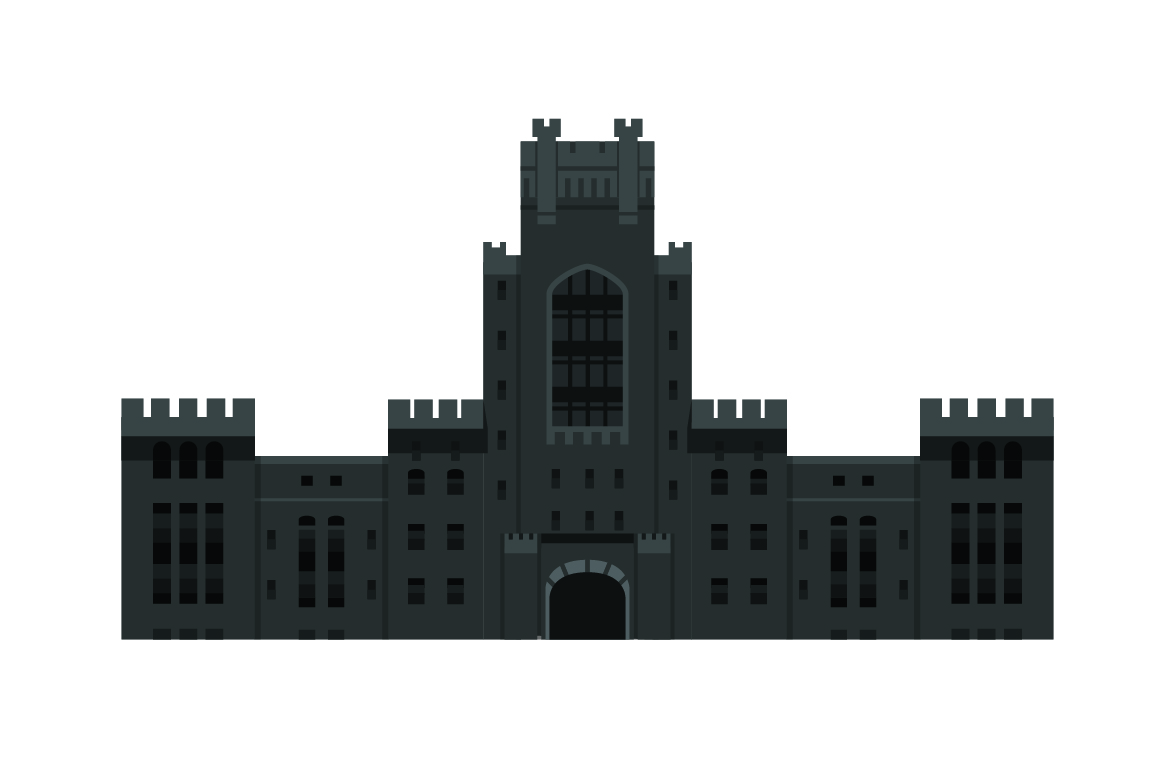 UPDATE: Making progress on the building. Still figuring out what to do with the balloons. 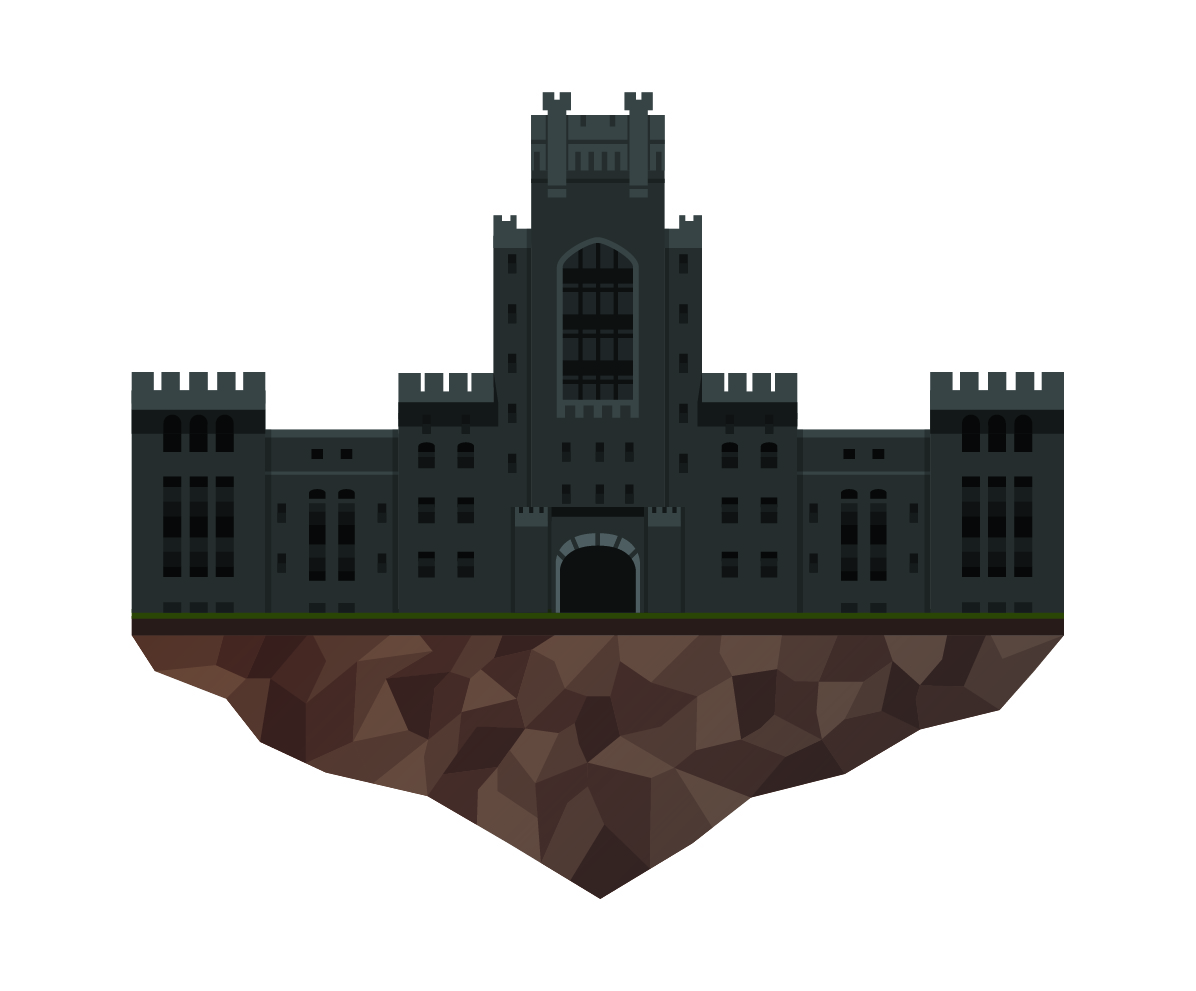 Playing around with some type.. this one is the confetti: 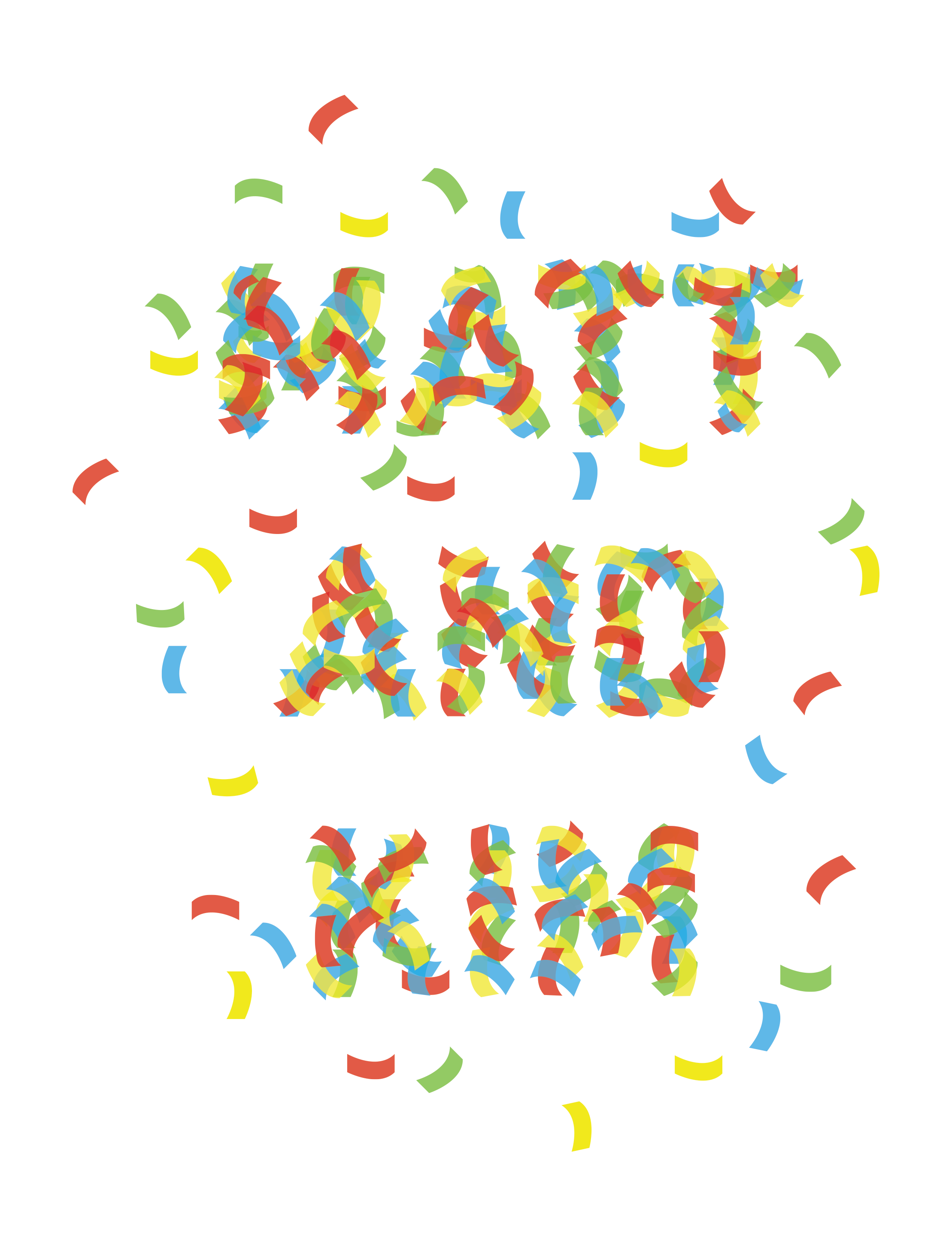 I thought it would be very fun to play off of this since Matt & Kim play such upbeat and catchy music. For my first idea I decided to have show the building as beeing dark and uncanny, then having bright balloons with splashes of color lifting it into the air. This represents the shows taking over the natural element of The Armory creating an uplifting and exciting mood. Here are a fex quick sketches of this.. 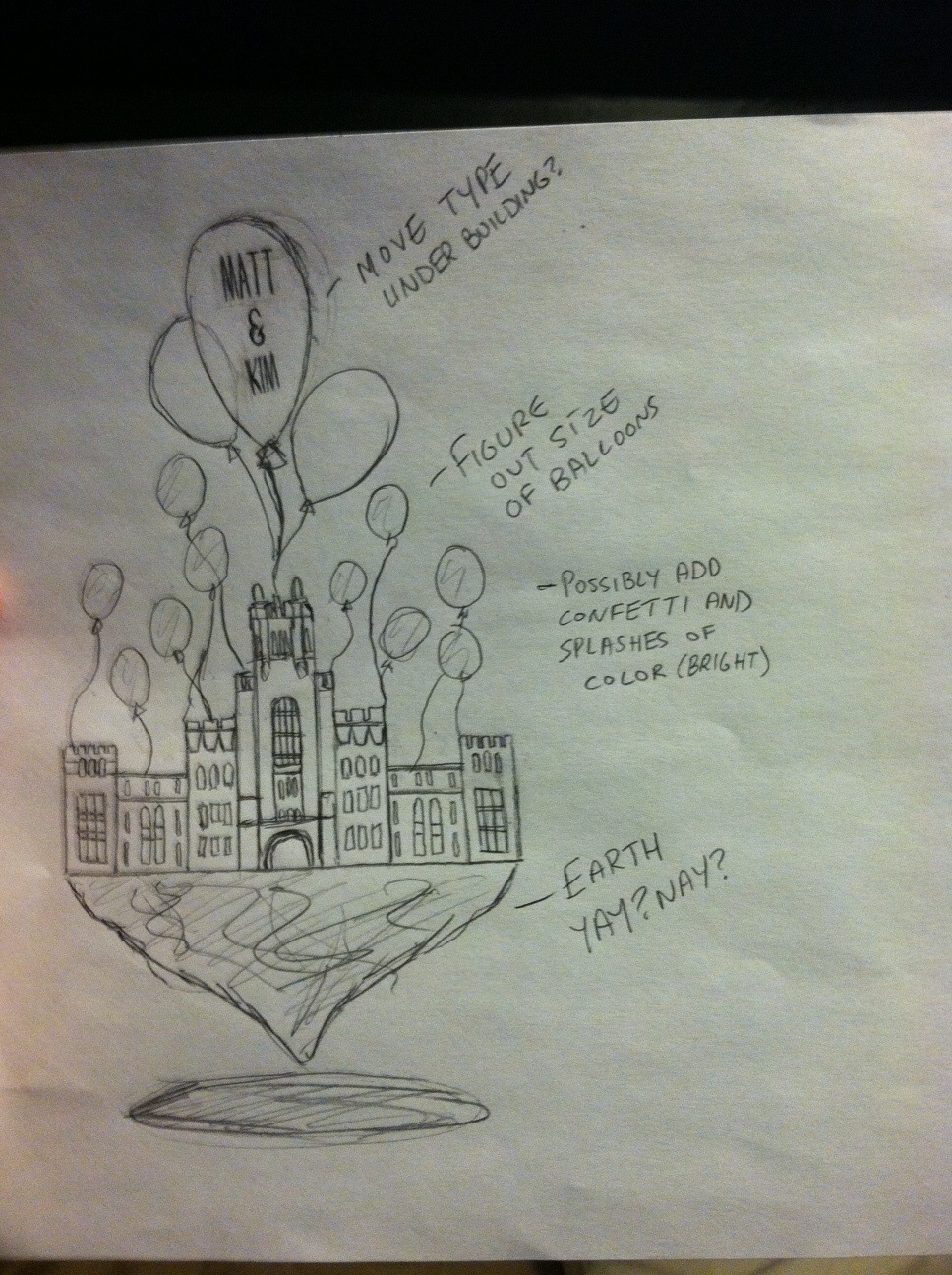 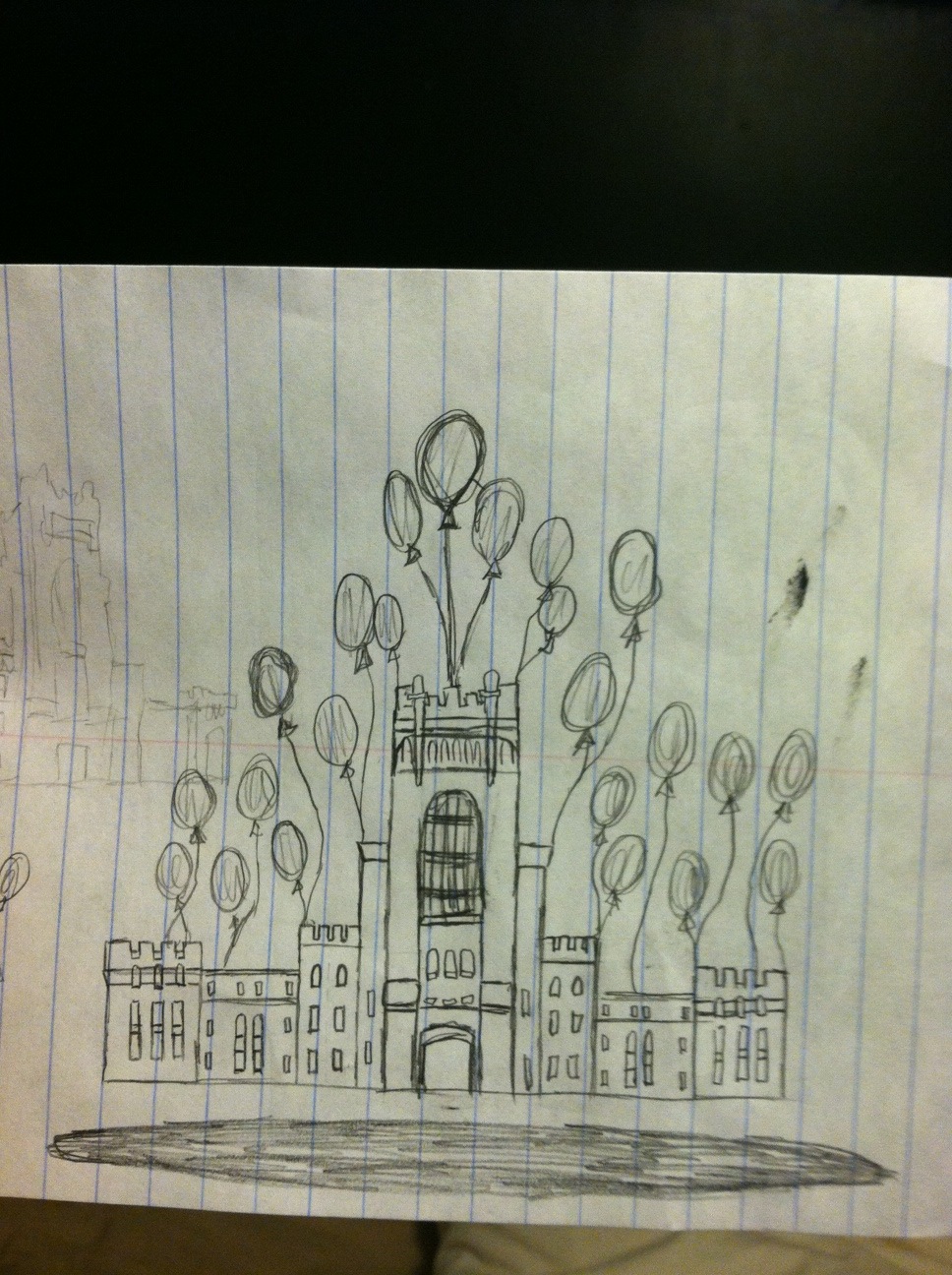 Another idea is just showing something with drumsticks and a keyboard since those are the instruments used by the band (besides a microphone). Possibly playing off same idea by having ghosts playing the instruments. (Sorry for the cell phone pictures.)

After a short debate I've chosen to create my poster for a show Matt & Kim are doing in Rochester, NY at the Main Street Armory. This sparked my interest because it is in my hometown and the venue has a lot of history. First of all the building is very eerie looking which makes sense since there have been reports of paranormal activity going on. So much that SyFy's show "Ghost Hunters" did an investigation in the building. 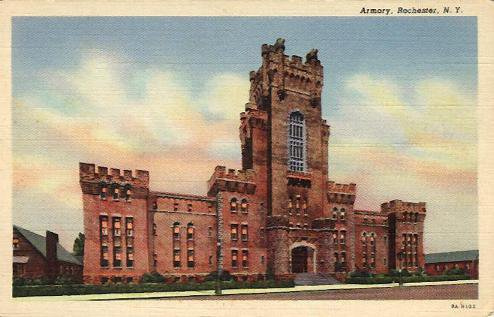 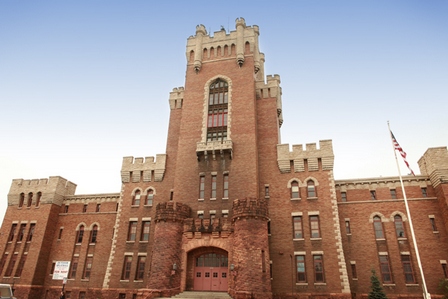 Feedback is welcomed and appreciated. Thanks for looking!