I frame photos and artwork as a hobby. It's a lot of manual labor and math to cut the large 40x32" mat boards to fit in a picture frame. All the existing apps to help are cumbersome with multiple screens and don't have any live previews.

To fix my pain point, I've decided to build an app that will let me preview different aspect ratios and dimensions using gesture input. Slide numbers up/down or left/right to get easy adjustments without the keyboard.

A Mat Border app will help... 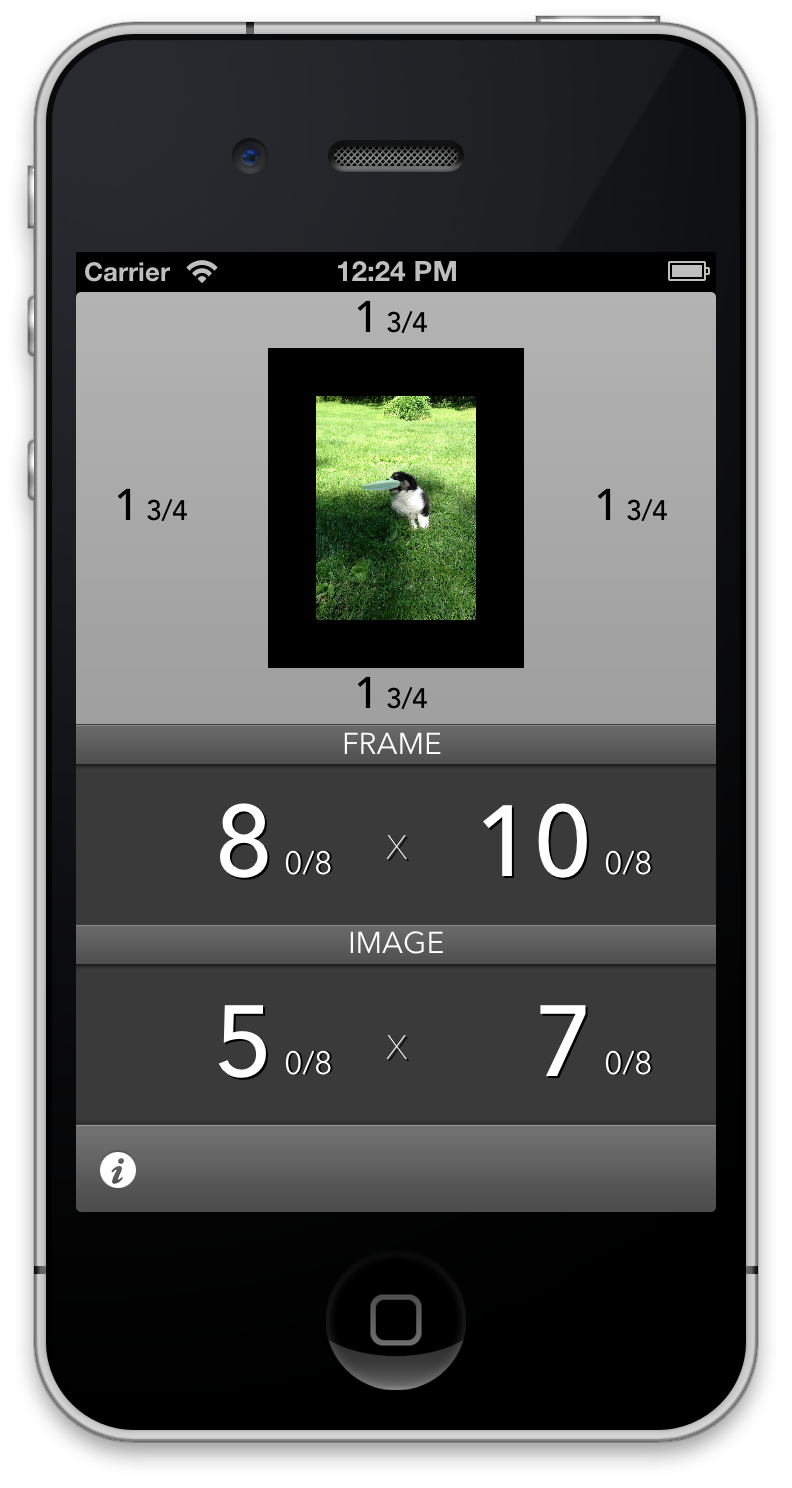 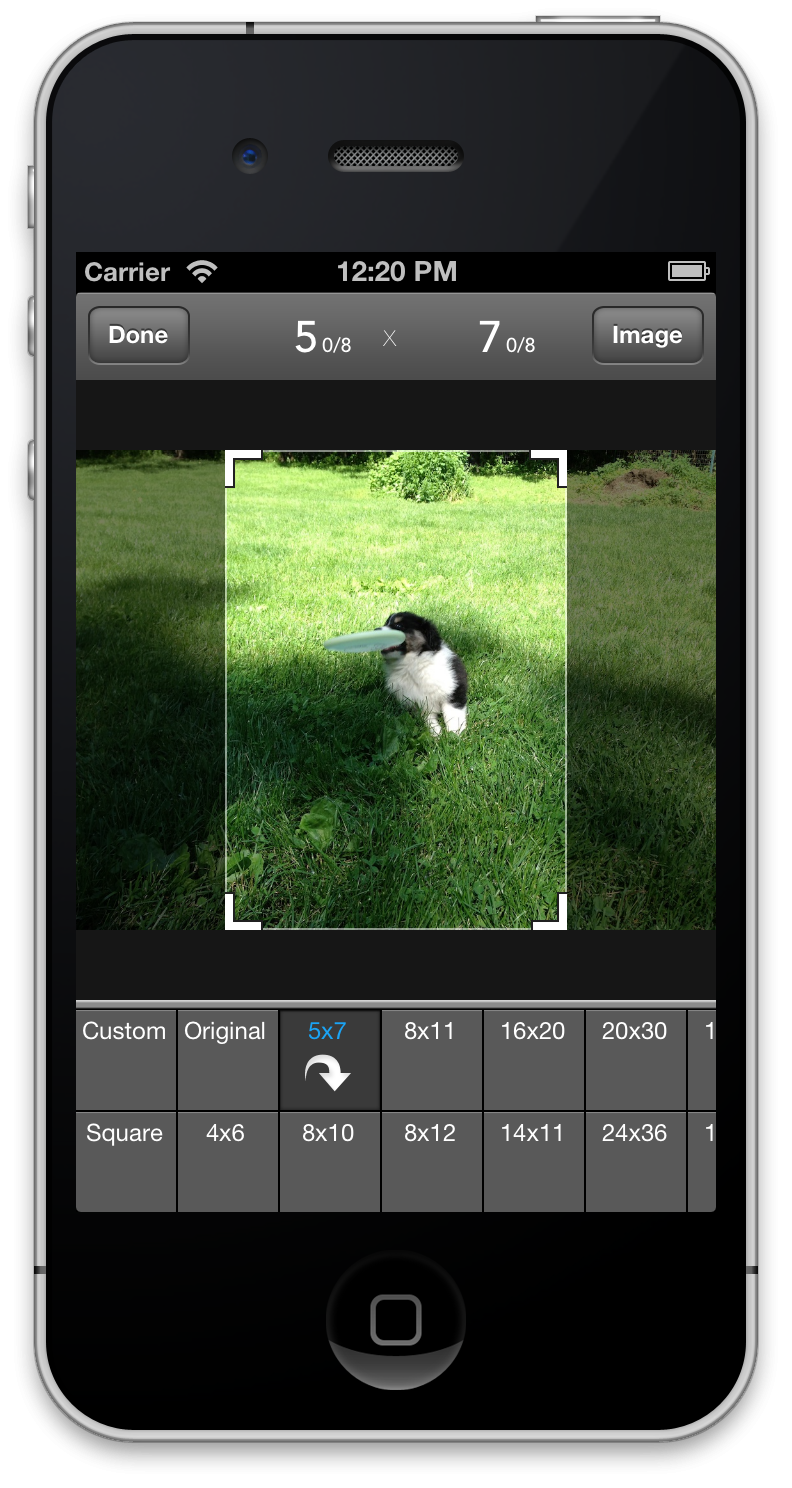 The app is almost finished, but I have a few things to finalize.

I've added gestures to control the size of the mat board and the image. It scales the image preview as you slide left/right or up/down on the numbers.

Notes: Now that I can do everything through touch I don't need the "Calculate" button. I have it always calculate and then there is no need for an additional button! 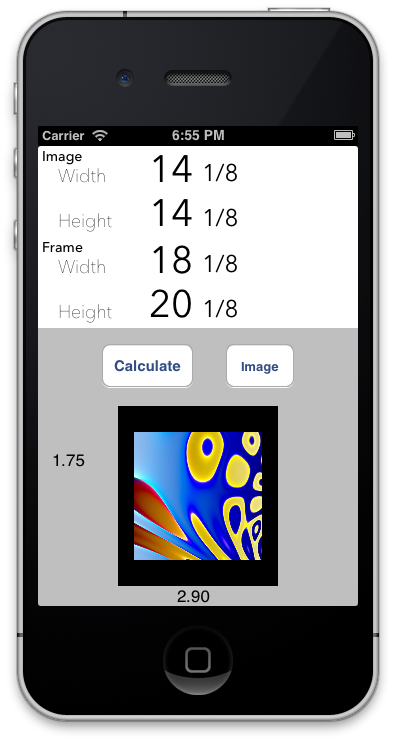 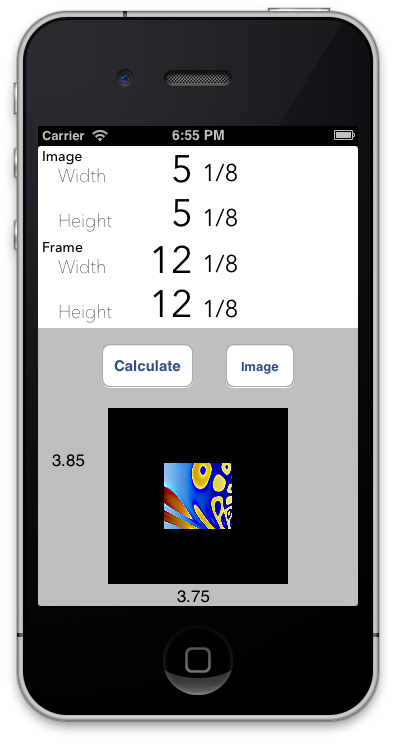 Added more functionality to calculate the "live preview" Now you can see how changing the values changes the proportions of the image to the mat board size.

I also integrated with the photo library, to allow users to customize the "default image." 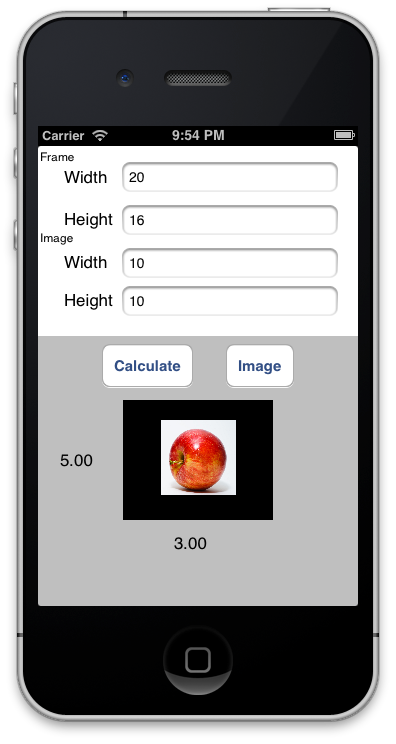 Fleshed out the basic functionality in Xcode. 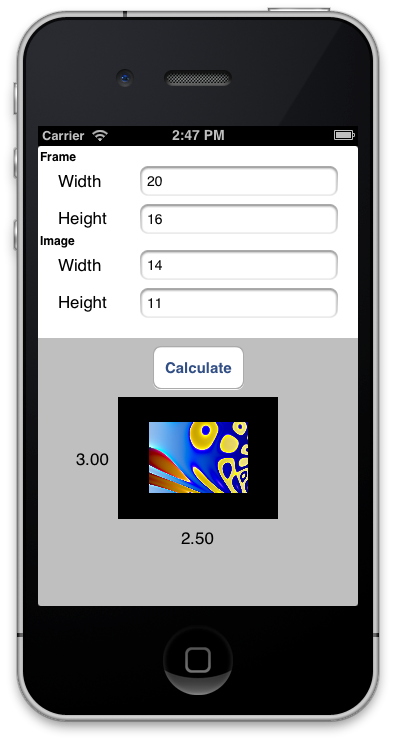 Lots of apps have tons of text fields, which is ok for beginners, but I want something more modern. I hate typing in numbers and want a special user interface (UI) widget that users finger taps and swipes. I want to drag left/right or up/down to change numbers without any popups. 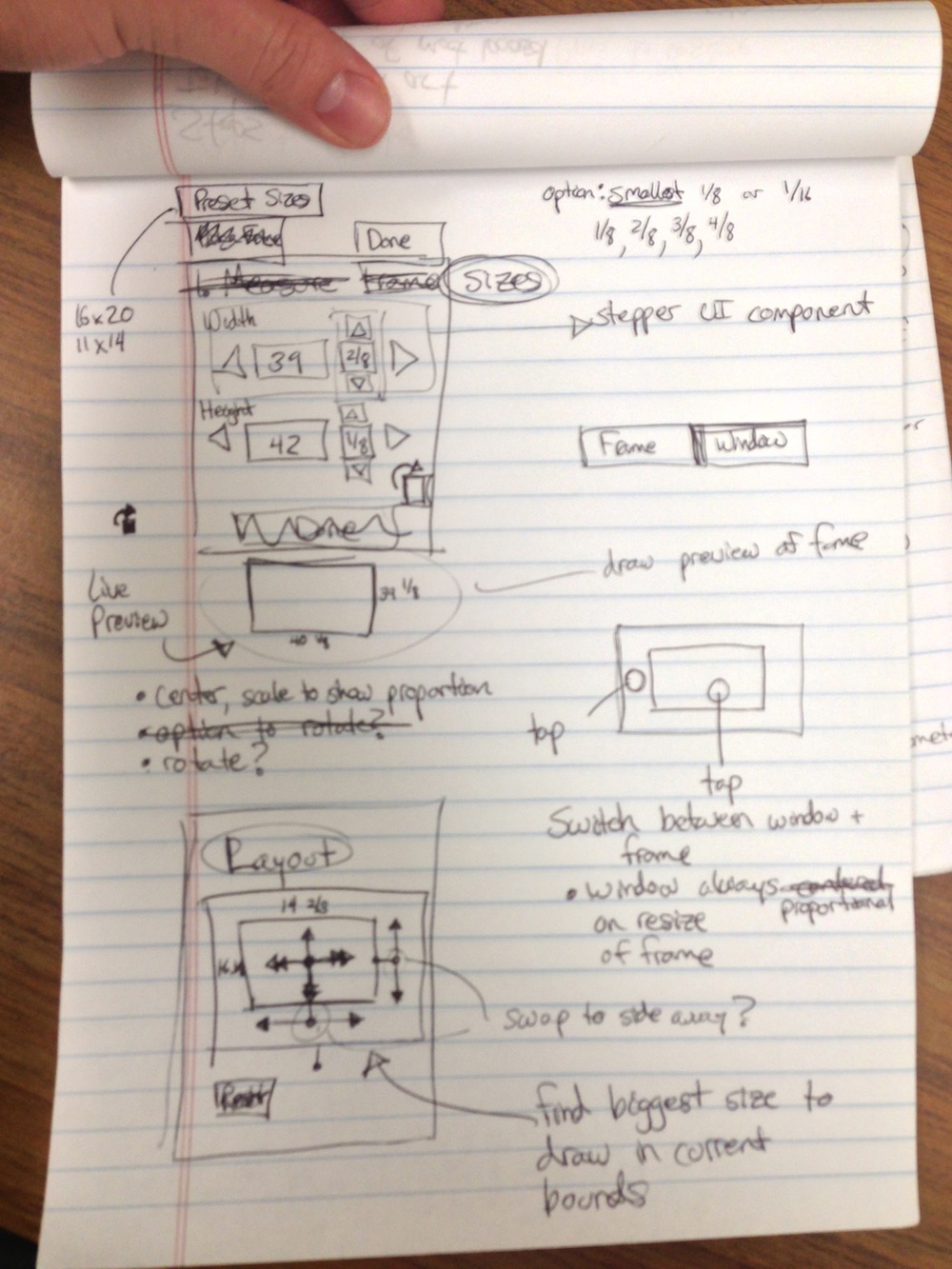 Most apps suffer from poor UI design. Lets look at an example app that has all the fields, but it's hard to use. Why? 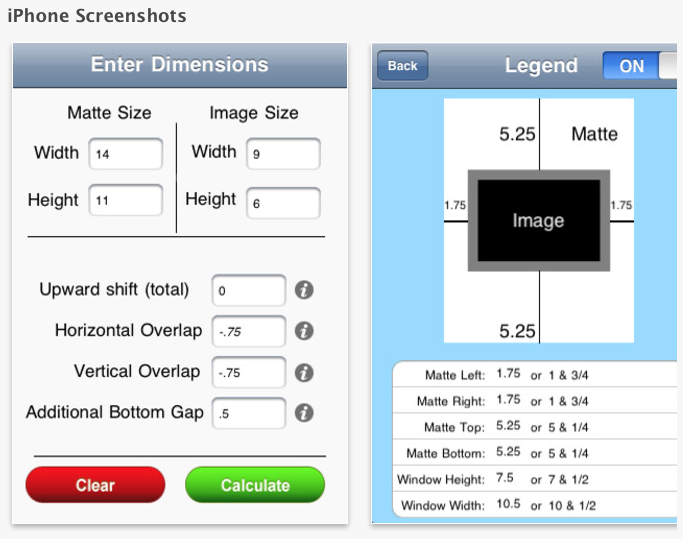 I've sketched out what the math looks like when I'm framing. It's never this organized in my scrap paper, but I need to think about all these things. An app would simplfiy the math, so I only have to measure and then adjust layout. 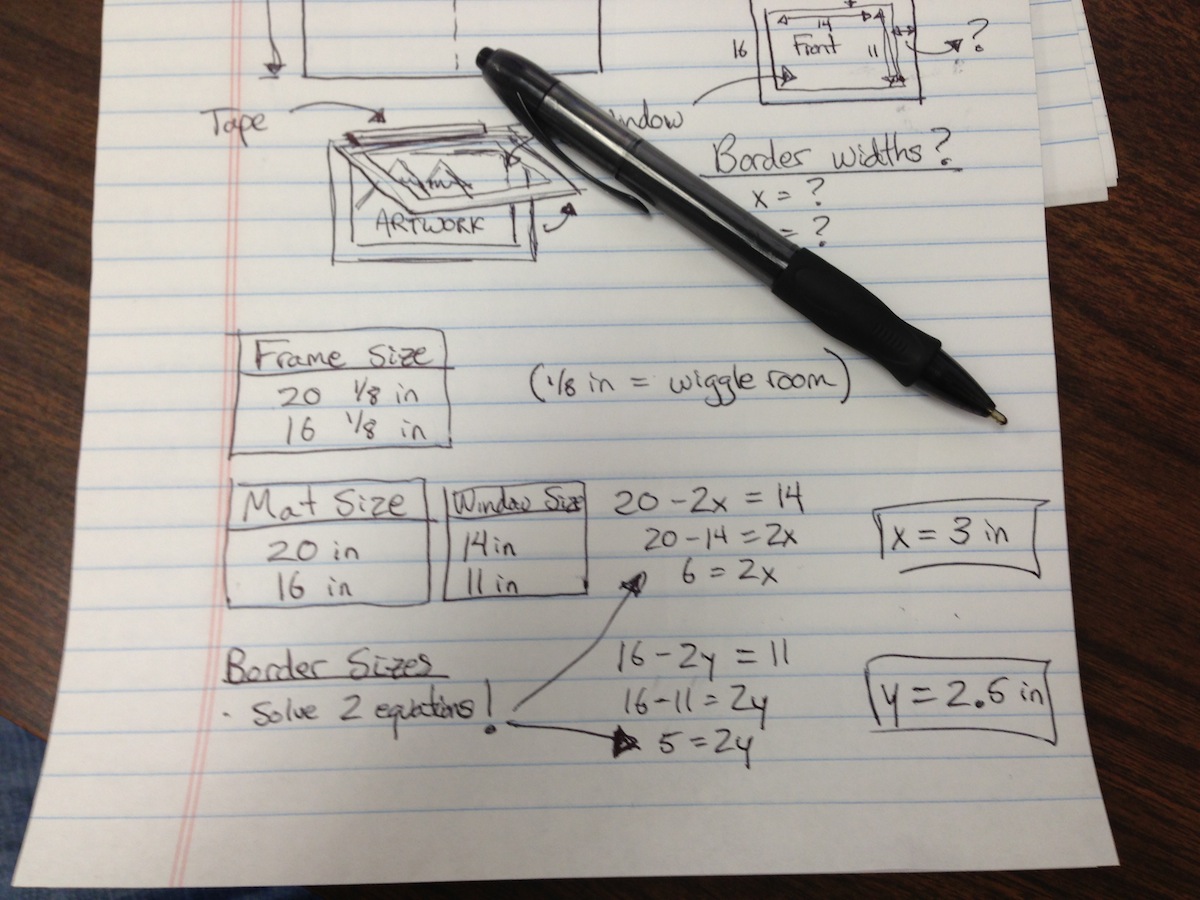 Let me know if you've ever framed artwork or have any feedback.