Marc Maron - Out of the Garage Tour

Blocking some things in, starting to add details. Also getting a sense of how to make this maybe 2-3 colors on a colored paper. Need to add the rungs of the stool, Boomer the cat, possibly his guitar since it's a big thing with him (though I suspect it may come across as a musical event), birds including Larry the Twitter bird being a nuisance (since he is highly active on Twitter and regularly gets overly involved in arguments through it), and the winding mic cable.

I think I'm having an issue between doing simplified and stylized shapes and detailed illustration... I need to sort that out. 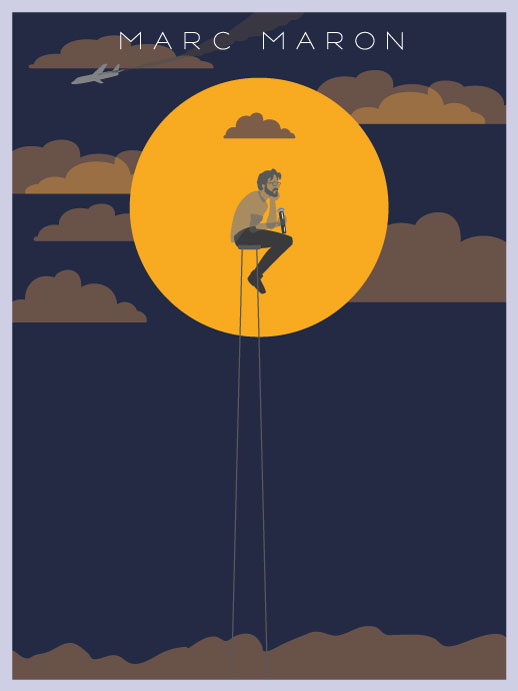 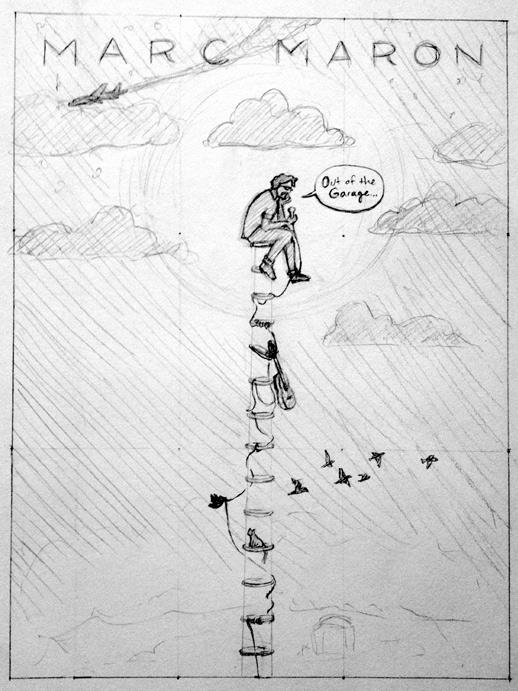 Because I listen to his podcast religiously, I thought it only made sense that I make a poster for comedian Marc Maron for his upcoming tour. I chose one of his upcoming California performance dates: Saturday April 13 at the Palace of Fine Arts in San Francisco. The venue has kind of a badass name, so I figure there can be some imagery to pull in from there.

Marc occasionally sits on stools while performing, something that strikes me as kind of iconic. I thought about a cityscape, his figure/silhouette in front of the moon, a reaaaaallllly long stool, and a cityscape or a silhouette of the venue at the bottom. Marc often pays tribute to his cat Boomer that disappeared a couple of months ago, and I kind of liked the idea that his comedy tour had a secondary purpose of looking for his missing cat... and finding him in San Francisco. 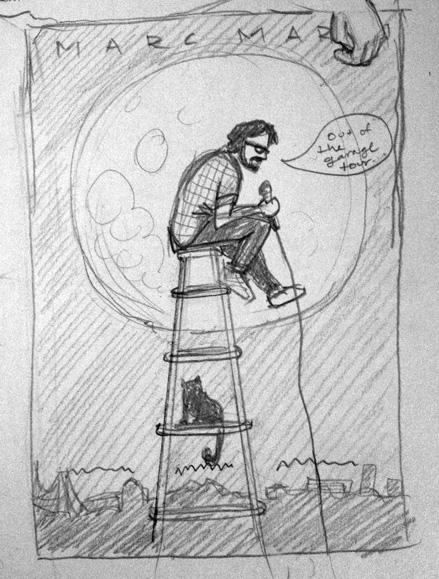 EDIT: I made an updated draft of this concept to clarify and work out a few things. I think it's still missing a powerful contrast of scale between the moon and the silhouette and the stool. The stool doesn't look quite long enough to be ridiculous, the moon doesn't seem quite big enough: 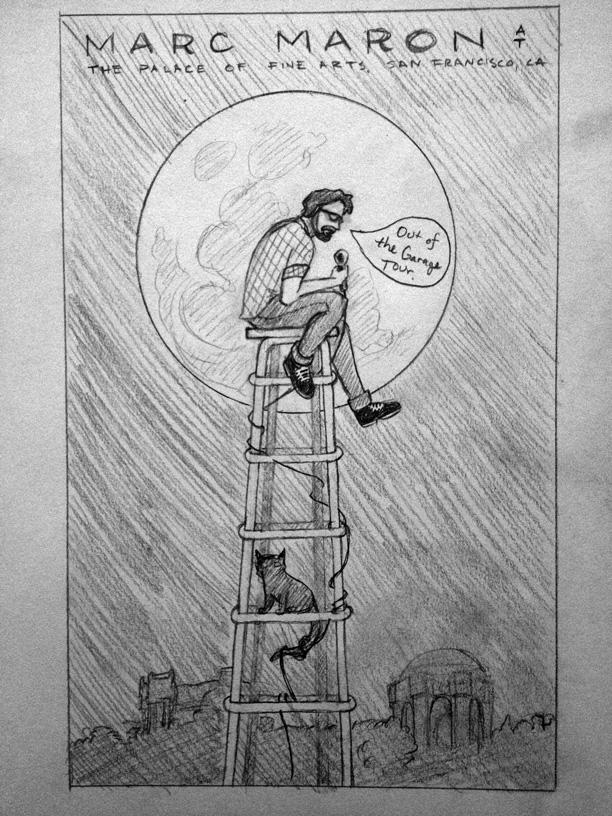 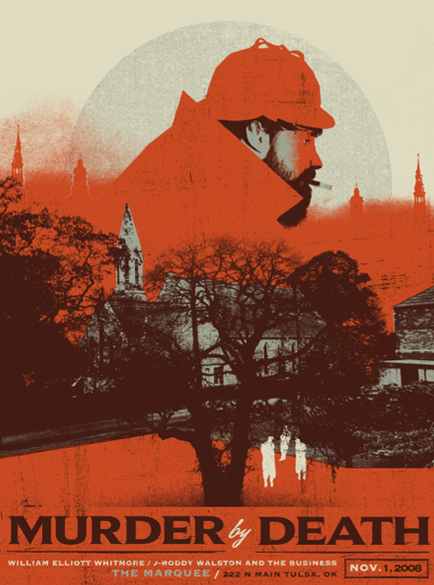 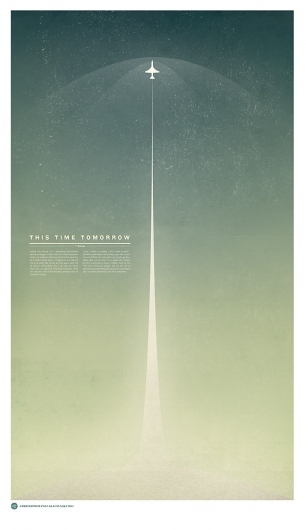 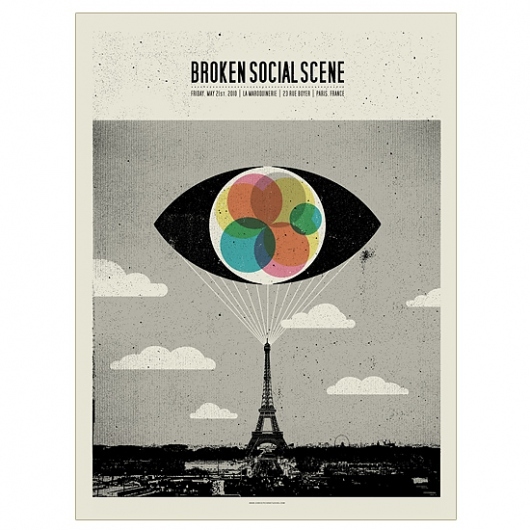 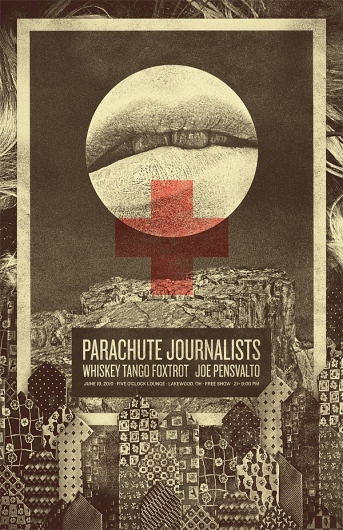 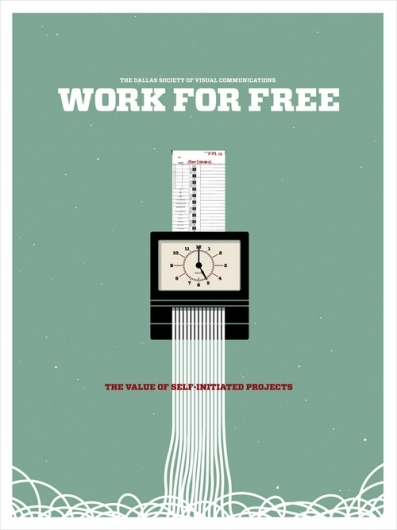