Mapping the heart through homes

Since I left Vancouver at the beginning of 2012 I've toyed around with the idea of writing essays about each apartment as a method of reflecting on the growth I experienced in each. Generally my moves coincided with life transitions so they stand as good landmarks for change in my life.

I am making this (these) maps as a personal project to replace (for now) the essays idea and practice my skills as a graphic designer.

I am the expert to make this map because it is a map about me!

As I developed the concept for this project it became a lot loftier in my mind than I originally anticipated and ultimately I'd like to create a printed booklet included multiple maps, floor plans and lists. Contrainsts that I'm looking at are time, mainly. I most likely will only print and construct one booklet.

I have attached two images. One of some simple sketches I did for the overall map of Vancouver (with hearts as placeholders for each apartment), as well as some notes, words, ideas.

The second image is a sketch I drew during a lecture while I was finishing my last diploma in early 2011. It's a sketch of my apartment from memory. I like this idea for the floor plan map (versus the more obvious birds eyeview boxy sketch). 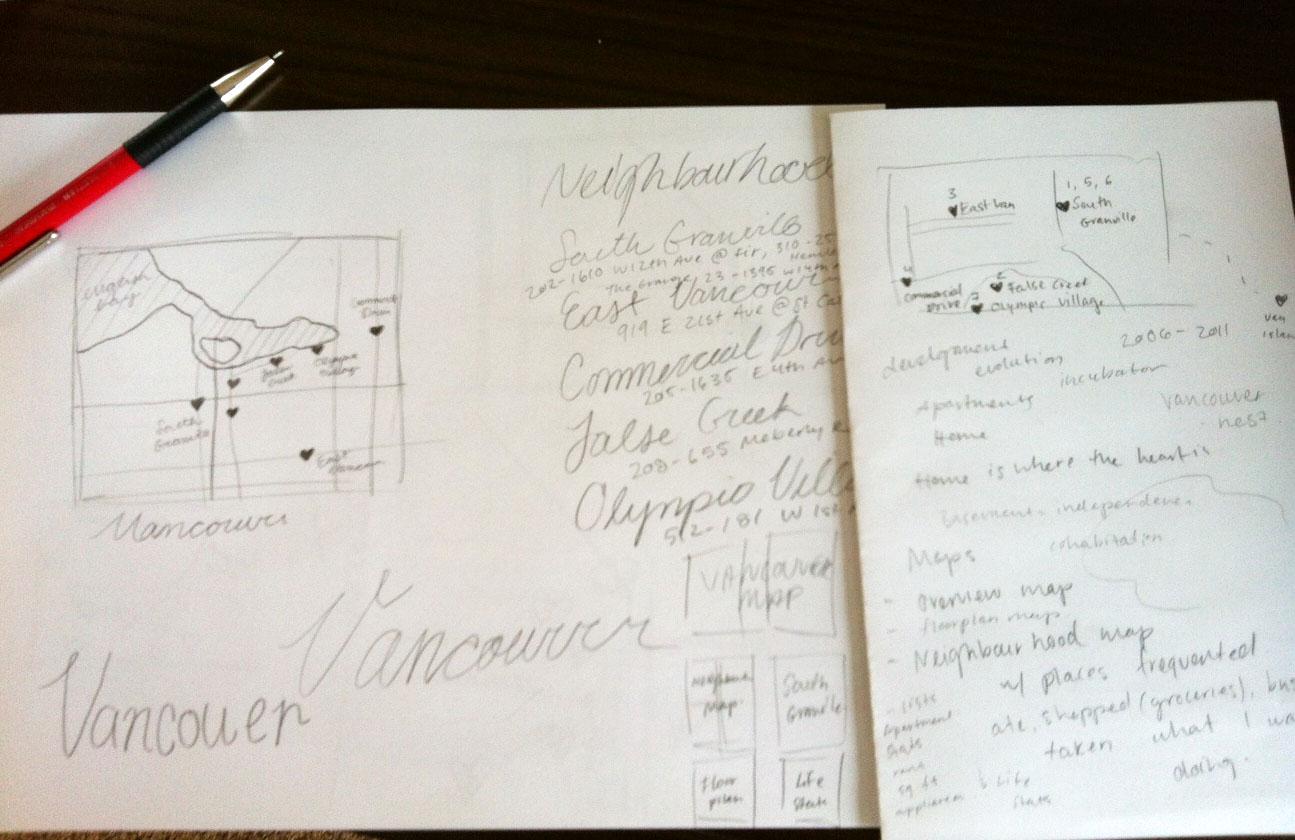 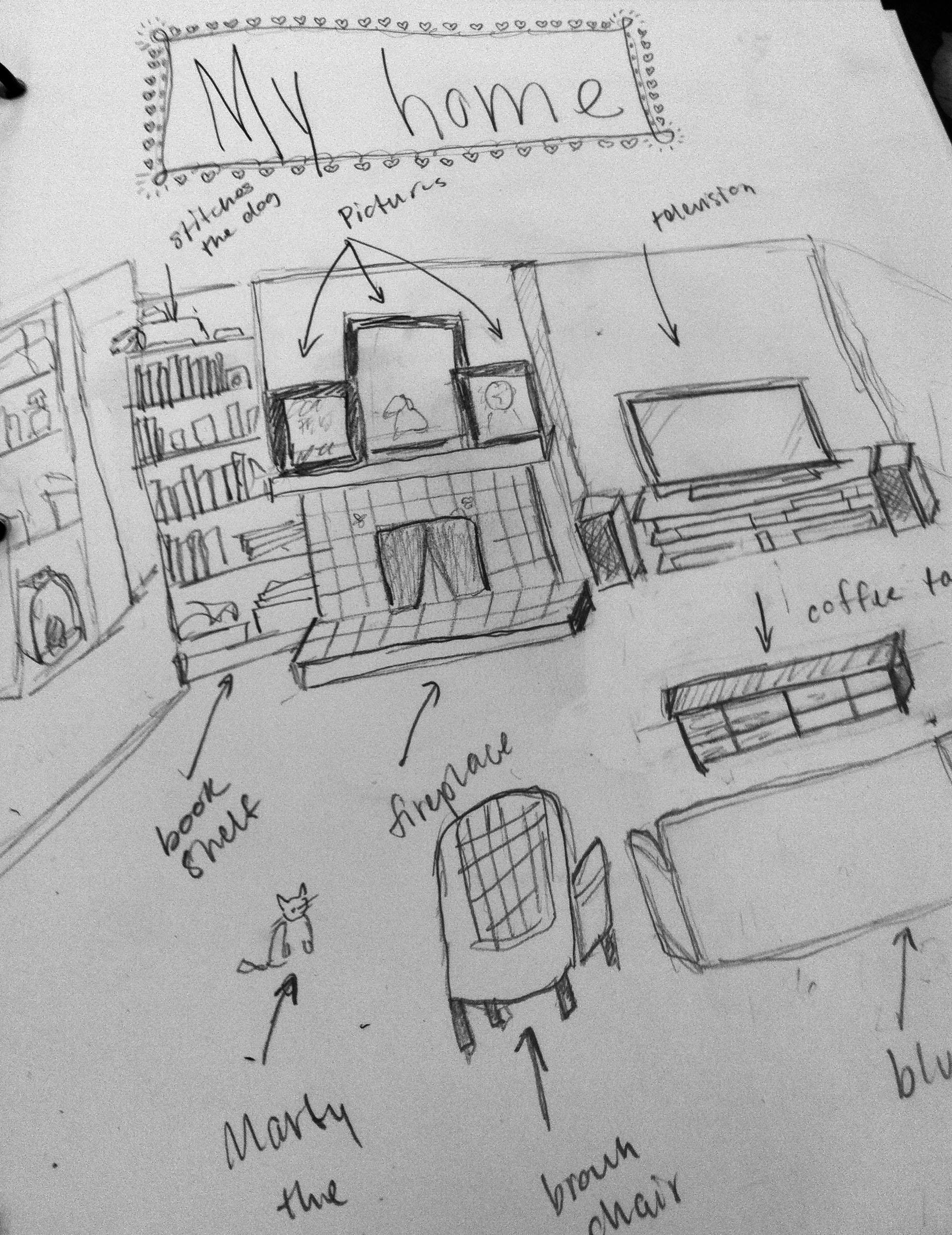 My largest struggle as a designer is deciding what aesthetic I want my more illustrative pieces to have. Any thoughts on making decisions in this kind of process would be most appreciated!