I got about 1/2 way through the second part before realizing my overall thrust very much mirrors Andrew's original version. Well, they do say that imitation is the sincerrest form of flattery ;) I definitely had the most fun with this last version, with cutting to the beat, adding fx and lots of scaling and keyframing. I also had fun with the sound design for the timelapse sequence, which I did in Logic Pro. I don't really consider it "done," but it's done enough for class I guess.

Unfortunately this was a very busy week for me with work and family, so I had to do all the actual work today (watched videos as I could and then went back through them all again).

It was much harder using the footage to actually try to make something creative out of a bunch of different pieces. I don't think my project is anything special, but it's nice to see something semi-coherent actually emerge.

And before anyone (I'm lookin at you, Laszlo ;) tells me it ends abruptly-- it isn't finished ;P

Also, I think I'm probably going to take the second title (The Sculptors) out, unless I come up with enough separate segments to make it appropriate. As it is it kinda sticks out like a sore thumb to me, but it's too late to change it right now.

Did you use a secondary storyline or a compound clip? If so, why? I used both at various points. Compound clip when I was trying to reduce clutter, but also to speed up a motion title (tip via MacBreak Studio). I wanted my second title to come in more quickly, but you can't retime titles. If you make them into compound clips, you can.

How did you find editing audio levels? I am an audio editor first, so I find the editing crude and tedious over all, but much better than in FCP7. There needs to be a dedicated keyframing editor view (is there one?) And the ability to save different window layouts.

Were effects more of a help on hindrance? I'm not generally a big fan of video effects, and struggled to find something that I could fit in that was both relatively subtle and also obvious (so you would notice it for sure).

I had a hard time at the end of this sequence- I wanted to use a tape delay on his voice to transition to the next (radically different in my mind's eye at the time) segment. I found that the audio effects CUT OFF at the boundary of clip-- ie forget having a naturally trailing off reverb or delay. I tried to get around it by detaching just the audio I wanted to effect and making a compund clip our of it and a longer bit of slug (I forget the term in FCPX). It almost worked but not quite. I'm not convinced there isn't a tricky and tedious way to do it, but I haven't discovered it yet.

Picking out music was much harder than I thought it would be. I finally ended up using a track from http://freemusicarchive.org. The track is Other Lovers (demo), by The Womb. 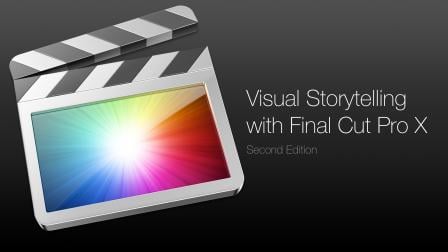