We spent a delightful afternoon Saturday making these macarons.  Took us several times through the video to get all the steps down as we work a bit slower than Kristen.  :) 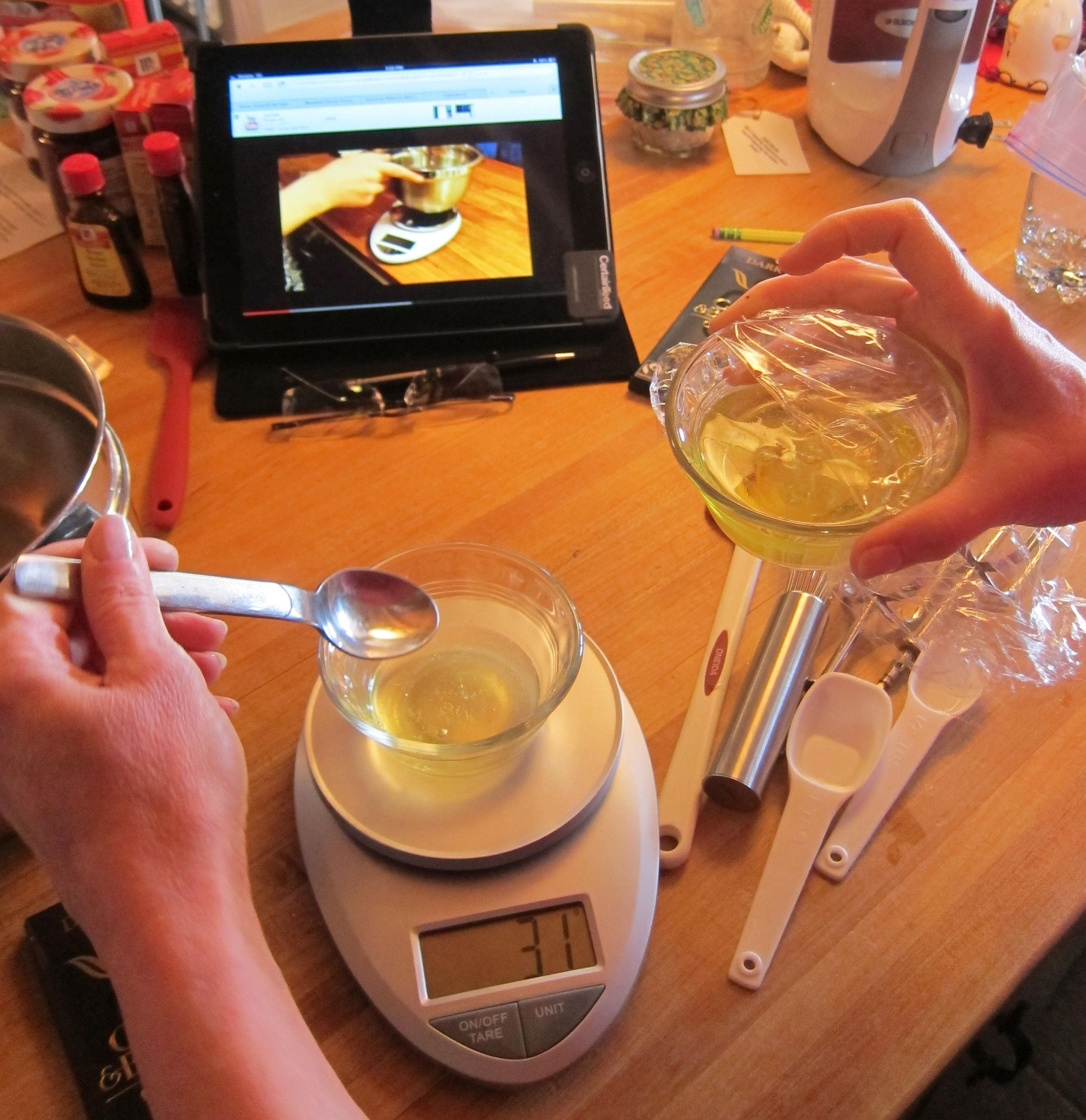 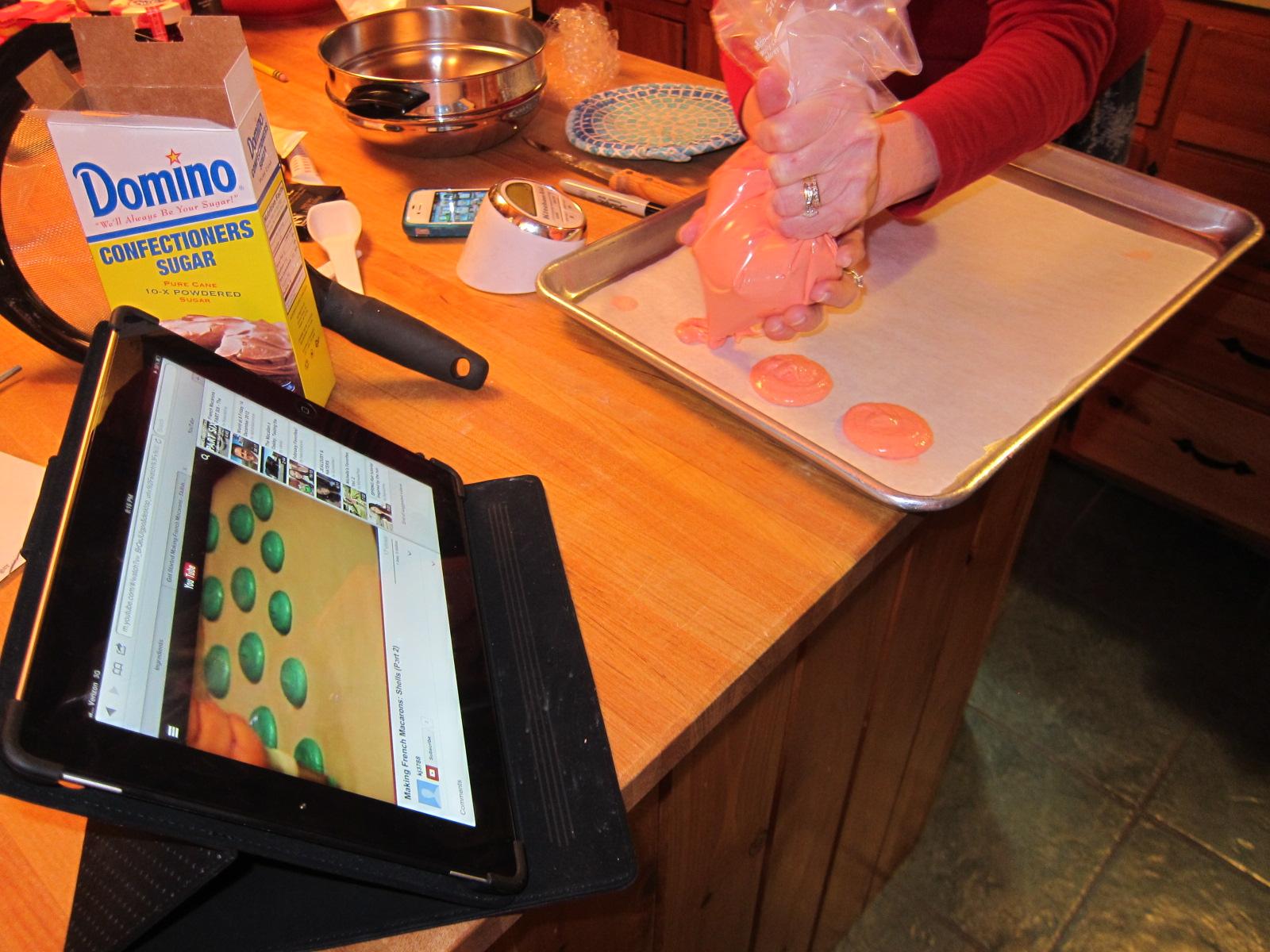 We decided to go for an Orange color so we added red and yellow gel to the mix.  They came out a lovely light coral.

Turns out that these are MEGA macarons as they are about 3" across.  Add all the wonderfully sweet and buttery filling and 2 were enough to do me in! 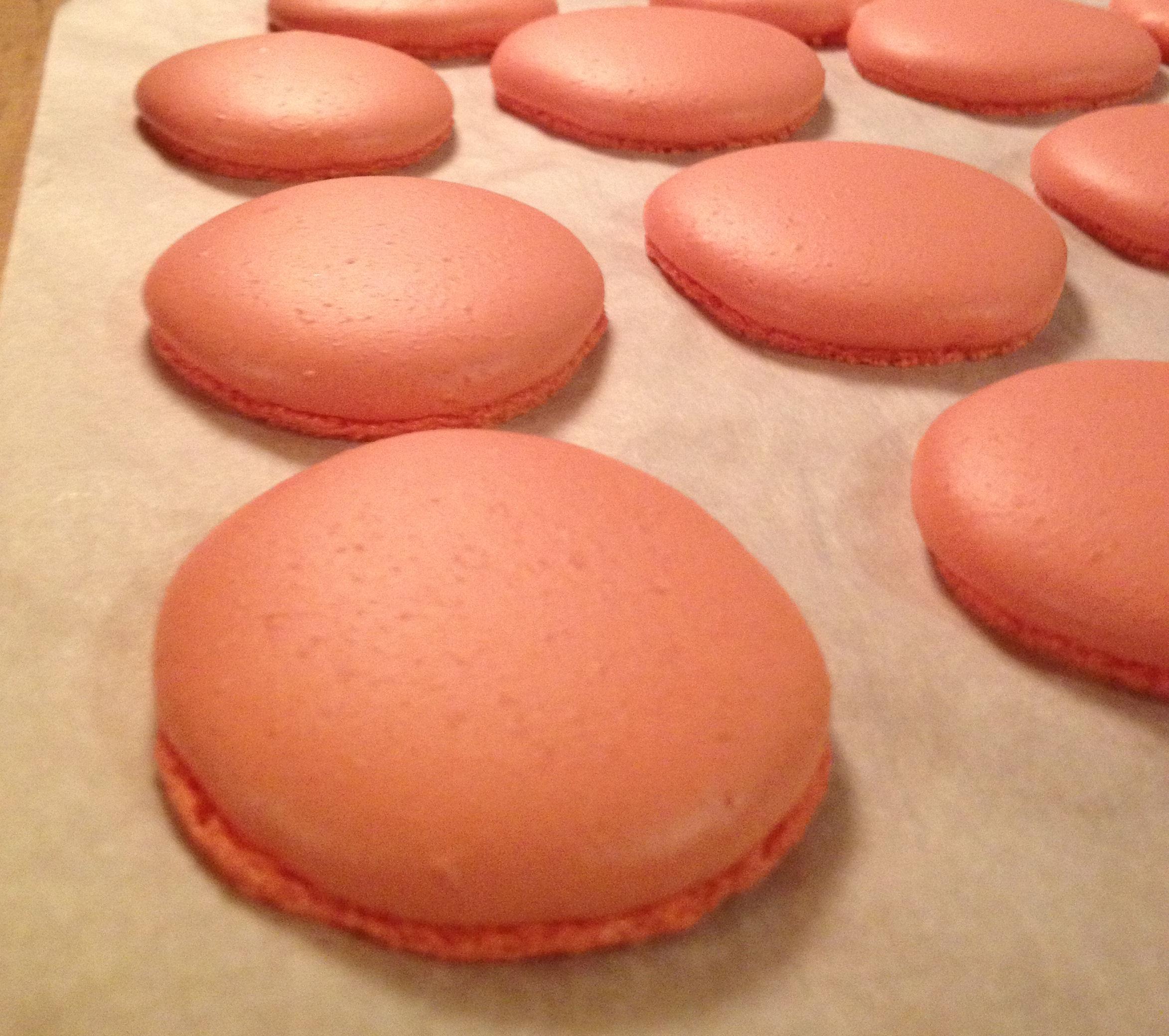 The one issue we had through the process was dealing with how hard the Chocolate Ganache had become while in the refrigerator.  This probably had to do with how long it was between making the fillings and finishing the cookies.  We took all the fillings out of the refrigerator and started filling  with the buttercream first.  The buttercream wa wonderfully smooth after a small amount of handling.  The Chocolate however was not nearly as pliable.  I finally placed the bag into warm water until it became workable but in the end this caused it to be to thin.  Still tasted wonderful though. :)

Really enjoyed this baking adventure! Will be trying some new flavor combinations soon..  Chocolate Orange Ganache!  Yes, that one we have to try!!