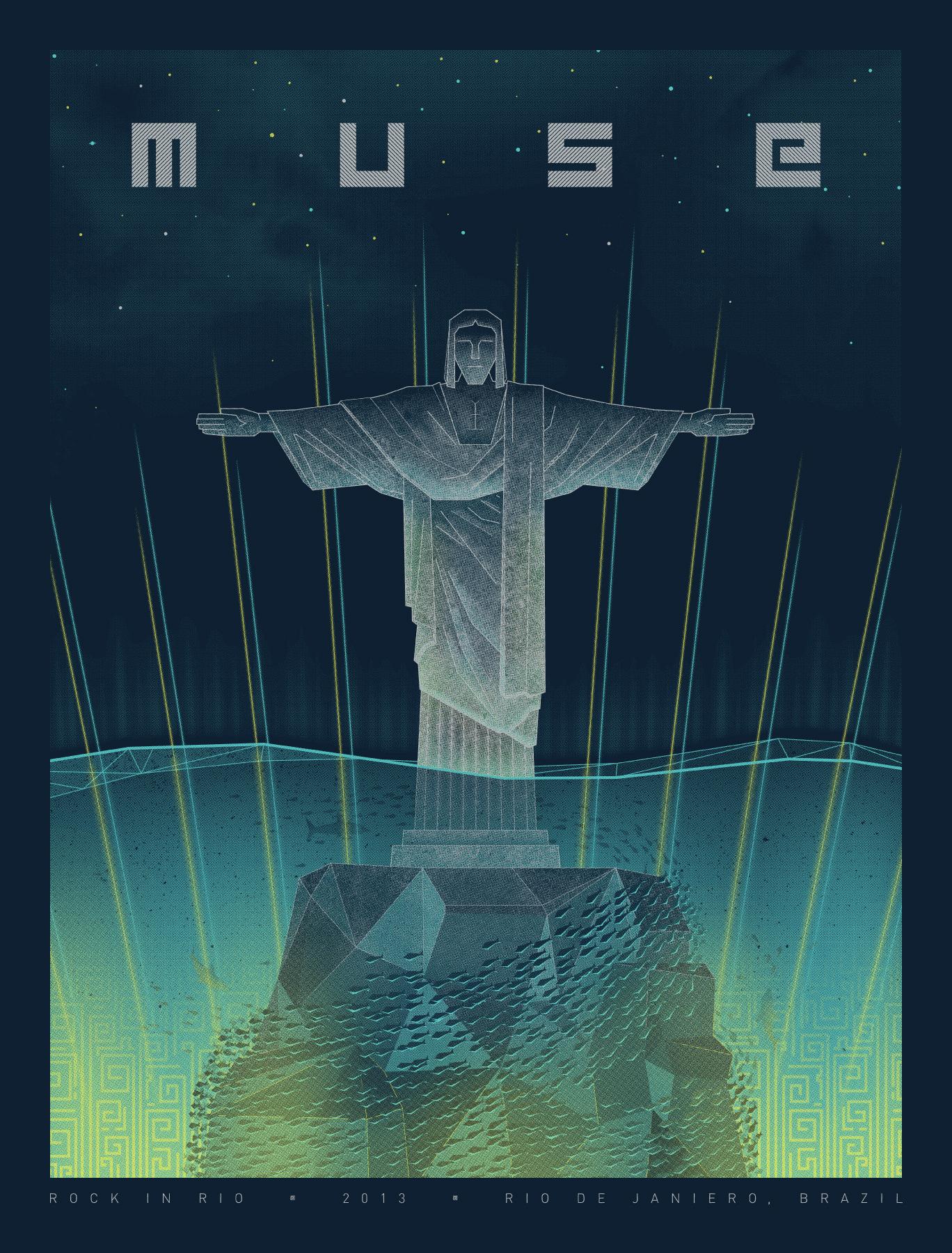 I just finished the statue and applied some texutre to it. I think it turned out pretty sweet! First time I have ever used texture like this before. I lost a lot of detail (as expected) when haltoning. So I am probably going to play with the levels a little more and try to bring some of it back. 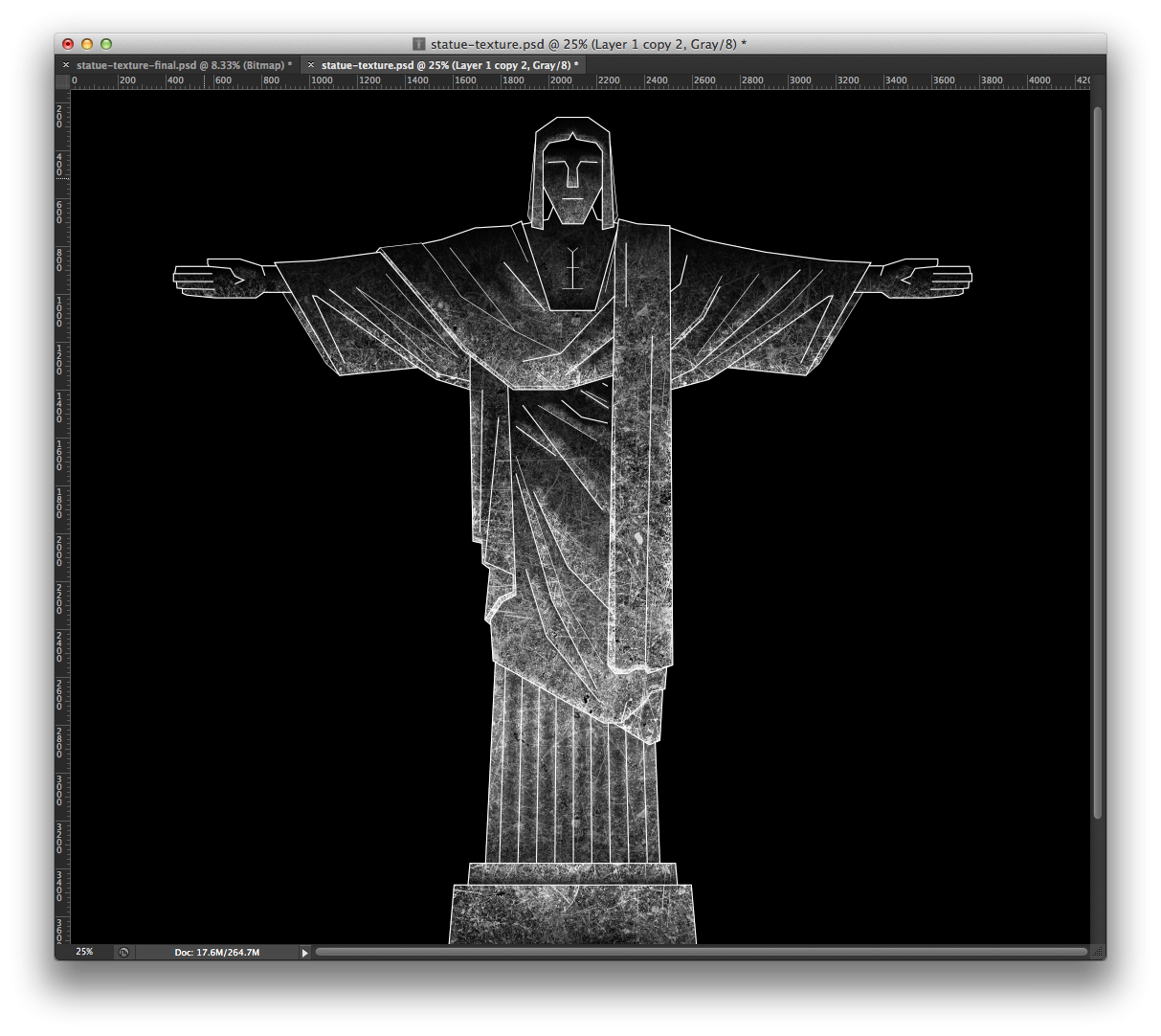 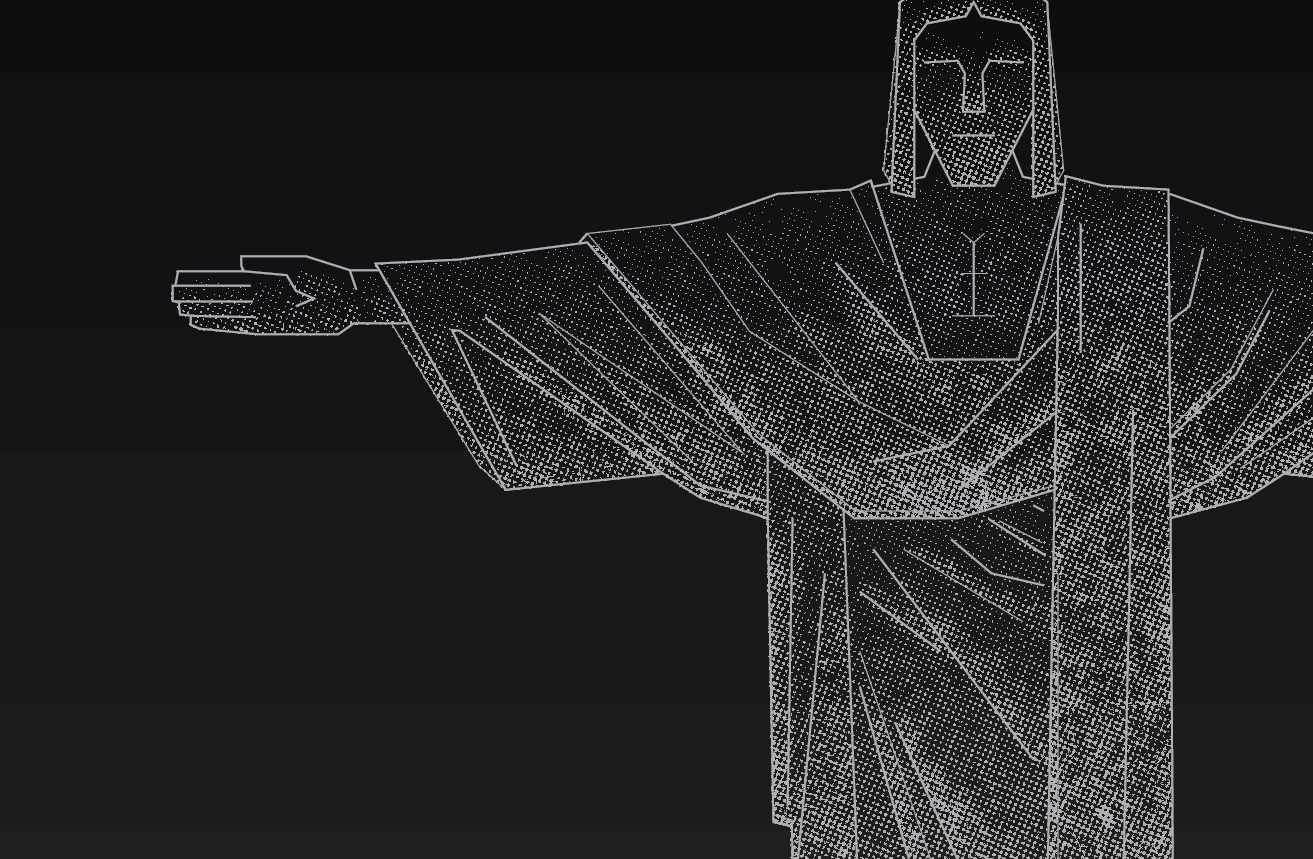 I think I finally got my composition and scale down. Going to start working on the details, textures, and underwater elements next. 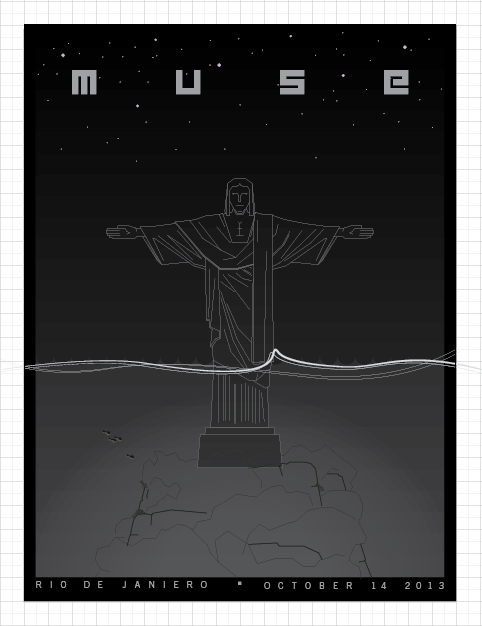 The following sketch communicates a lot of the concepts of Muse's lyrics while using iconic Rio symbols. Below is a night time scene. MUSE type (amongst the the stars) that is a style similar to brazilian patterns.  Below is the sea with the Cristo Redentor statue struggling to stay above water. The statue is illuminated from underneath by light from the sunken city.

I think some concepts people could take from this are: global warming and seas rising, the lights conveying the energy crisis MUSE refers to in their latest album, hope (as the statue is still afloat)? 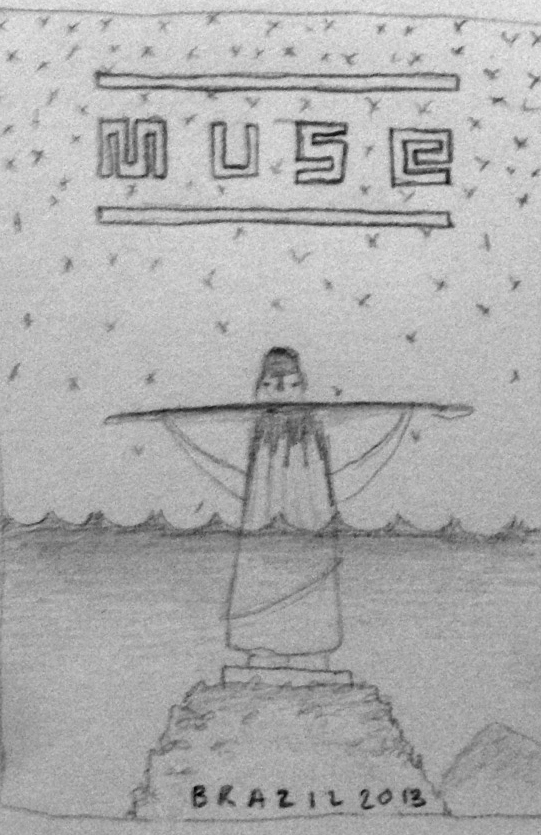 Here are some styles Im using as inspiration:

MUSE is one of my favorite bands, and arguably one of the greatest rock bands of our time. I am doing aposter for their show coming up this September in Brazil.